Before the Americans remade it as ‘The Ring’ last year was ‘Ringu’ (being the Japanese of the former). The premise of the story is based around an urban legend being that after you watch a certain spooky video tape one week later you’ll die. Taken at face value it sounds rather week but believe me the film keeps you on the edge of your seat the whole way though and is well deserving of its global success. The film is darkly shot and maintains a tense, eerie atmosphere throughout, its high point and infamous final scene being the crowning glory that will haunt many for a long time after its over. Little more can be said about the film without giving too much away but sufficed to say that if the mother is a little on the psychopathic side just imagine what her daughter will be like! 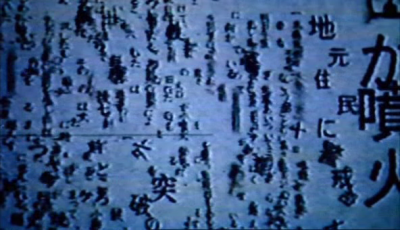 There are another three films in the ‘Ring Cycle’ series which I’ll be reviewing if I can get hold of the subtitles for them!