Having lived up North now for quite a while I thought it was about time I had a proper explore of Newcastle which is only 10 mins by train away. Although the weather was fairly overcast and pretty cold I still managed to get some pretty good photos. One of the main things I wanted to see was the Millennium Bridge which is a very impressive structure – I never realized that the whole thing was designed to tilt on its axis to allow tall ships under – its ingenious! 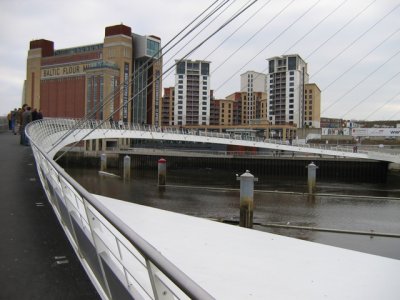 Just over the bridge is the newish Baltic Centre for Contemporary Art which I took a look in but unfortunately the main exhibition was devoted to a pair of early 20th century feminists, not exactly my cup of tea! After this I wondered back into the main shopping district and took a look in some of the weird and wonderful shops in Chinatown which seems strangely out of place in Newcastle!

One thing which struck me was that there appears to be a lot of regenerative development going on in Newcastle right now so obviously it’s getting a lot of cash from somewhere.