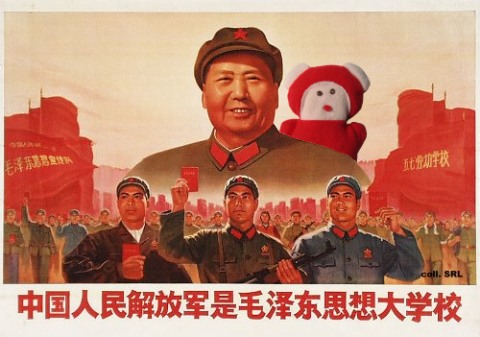 After his highly successful and critically acclaimed fact-finding mission to Japan last November, Red Ted is off on his travels again, this time to Shanghai in China. Few know that amongst his many abilities he speaks fluent Mandarin and even less known that the title of Chairman Mao’s “Little Red Book” is in fact a direct reference to the great RT himself.

It is hoped that his visit will act as a bridge for Chinese-Japanese relations and we wish him every success in his mission and a safe return!!