I’ve been back up in Durham for the past few days. The weather here has been very hot this weekend and yesterday saw the annual Miners Festival come to the cricket ground right next to where I’m staying. To call it loud would be an understatement – this was serious noise pollution! Seeing as there wasn’t much else to do with this level of disruption we thought we’d go and take a look. There was the usual blend of fun-fair tack, socialist renegades and anti-everything groups all basically making a mess of the pitch. Obviously though my views were in the minority on this occasion as there were literally thousands of people in Durham clogging the place up.

There was one particularly fearsome (and dangerous!) looking ride there appropriately named “Oblivion” which you could describe as being a human food blender! I took a few pics: 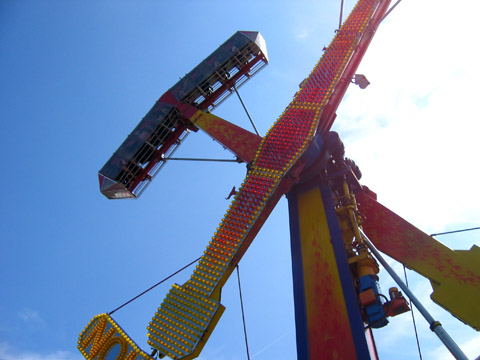 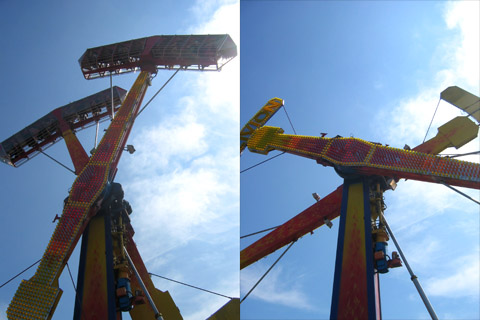 In the evening I cooked lasagna for a few friends which turned out pretty well after which we went for a walk along the river only to be met by a sea of litter stretching up to the bank with only one poor man in attendance to clear it up. 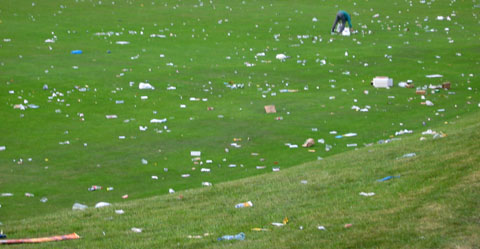 How people think it’s acceptable to make this sort of mess is beyond me.