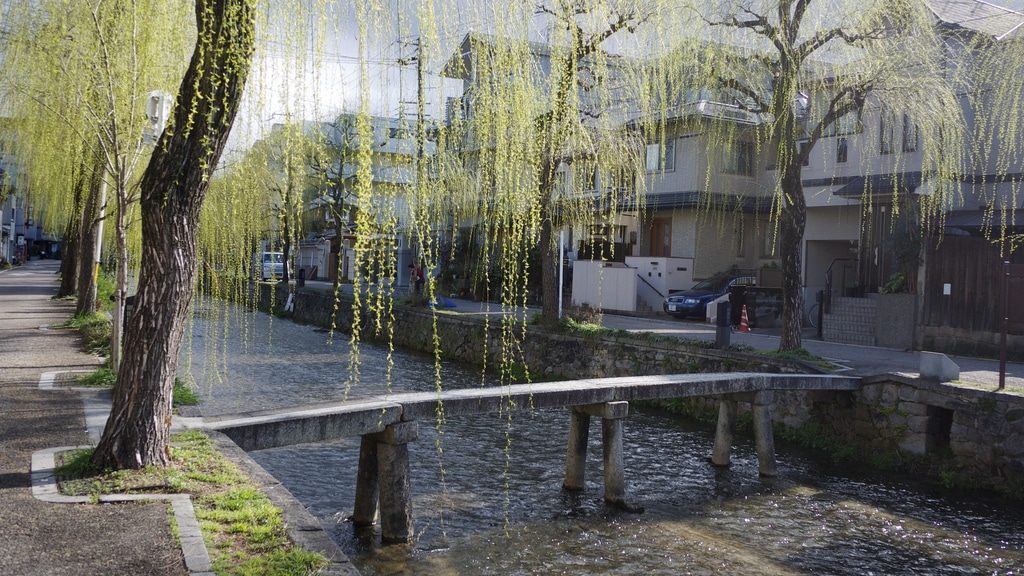 Mid-March I took a trip back to one of the first places I visited in Japan in 2010 – Kyoto. While it’s undoubtedly on the itinerary of every tourist to the country it’s surprisingly unspoilt, with more than enough interest to warrant a return visit.

After arriving in the evening I got up early the following morning for a stroll along the Philosopher’s Walk (哲学の道), a well-trodden route which follows a cherry-tree-lined canal, passing a number of temples and shrines along the way.

The brisk chill of the early spring air slightly made me regret getting up so early but, with hardly another soul in sight, it was nice to have the World Heritage Site to myself for a couple of hours.

I approached the route heading North from Nanzen-ji (南禅寺), a Zen Buddhist temple which dates all the way back to 1291.

The complex contains 12 sub-temples, some of which can be entered (for a fee), and is bisected by a curious 13th-century aqueduct.

A little further along the path lies Honen-in (法然院), a small but perfectly formed temple which is reached via a thatched gateway. On both sides of the approach to the temple are mounds of white sand called Byakusadan (白砂壇), symbolising the water that cleans your body and mind. The patterns on top of the mounds are changed every few days.

Whereas moss might be a weed to some horticulturists, it’s used to great effect in many traditional Japanese gardens.

This strange little creature was spotted hiding between two ferns outside a restaurant.