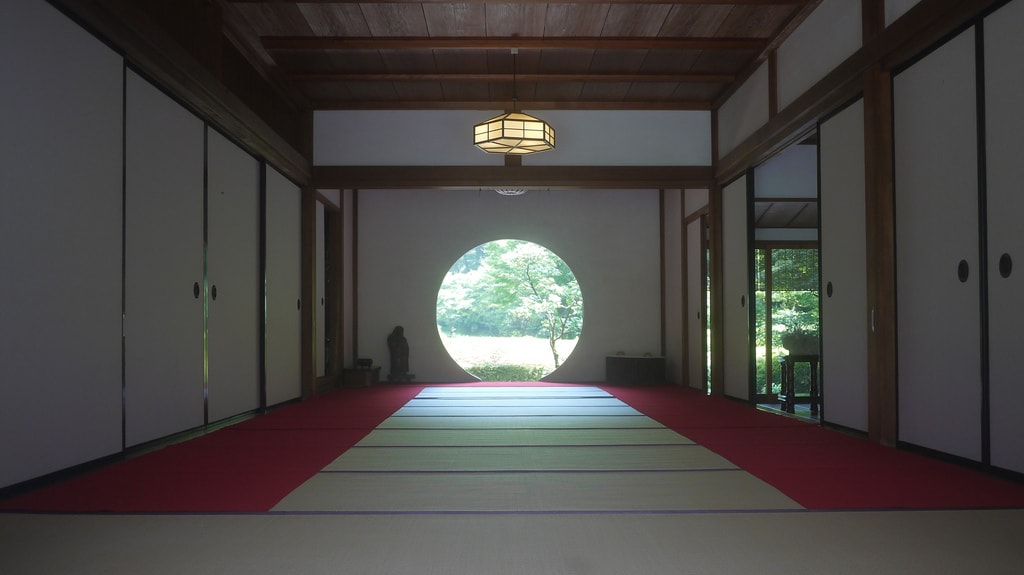 Back in 2012, I spent a day exploring western, central and eastern Kamakura (鎌倉市), a small town one hour south of Tokyo, jammed full of temples and shrines. In August this year I returned, this time to explore the northern reaches around Kita-Kamakura Station (北鎌倉駅).

Engaku-ji lies close to the train station and was founded in 1282 by a Chinese Zen monk at the request of the then ruler of Japan to honour those who had died in a joint Mongolian-Korean invasion. It was intended to serve as a centre from which the influence of Zen could be spread.

There are altogether 18 sub-temples on the site which arrange in a straight Chinese style; the austere buildings and the trees are beautifully arranged. Atop a hill can be found the Great Bell (大鐘), the largest in Kamakura at 2.5 meters tall.

Meigetsu-in, also known as The Temple of Hydrangeas, was founded in 1160 and was originally a repose built by a son in memory of his father who had died in a clan power struggle.

The main hall features a beautiful circular window which frames the ever-changing scenery of the inner garden behind it.

The temple’s garden contains one of the famous Ten Wells of Kamakura (鎌倉十の井), the Kame no I (瓶の井), as well a large yagura cave dug on the side of a hill containing the tomb of its founder.

Tōkei-ji, also known as Kakekomi-dera (駆け込み寺) or Enkiri-dera (縁切り寺) is a Buddhist temple and a former nunnery which was a historic refuge for women who were abused by their husbands.

Founded in 1285, an age when men could easily divorce their wives but wives had great difficulty divorcing their husbands, Tōkei-ji allowed women to become officially divorced after staying there for three years. It wasn’t until 1902 that men were allowed to enter.

Jōchi-ji is surrounded by cypress trees and has an unusual belfry at the main gate with the characters 寶所在近 carved above it, meaning “The treasure you are looking for is next to you“.

Founded in 1283, the temple was destroyed in the Great Kanto Earthquake of 1923, and what can be seen today is a reconstruction.

In the back is a beautiful garden and graveyard with moss-covered steps and more yagura caves dug at the foot of hills. In one can be found a large stone statue of Hotei or the God of Contentment and Happiness.

After looking around Jochi-ji I hiked back to the centre via the Daibutsu trail – the path is a bit hidden so be sure to check the map. I’d definitely recommend the northern and eastern regions of Kamakura for being somewhat less touristy than the centre and west.