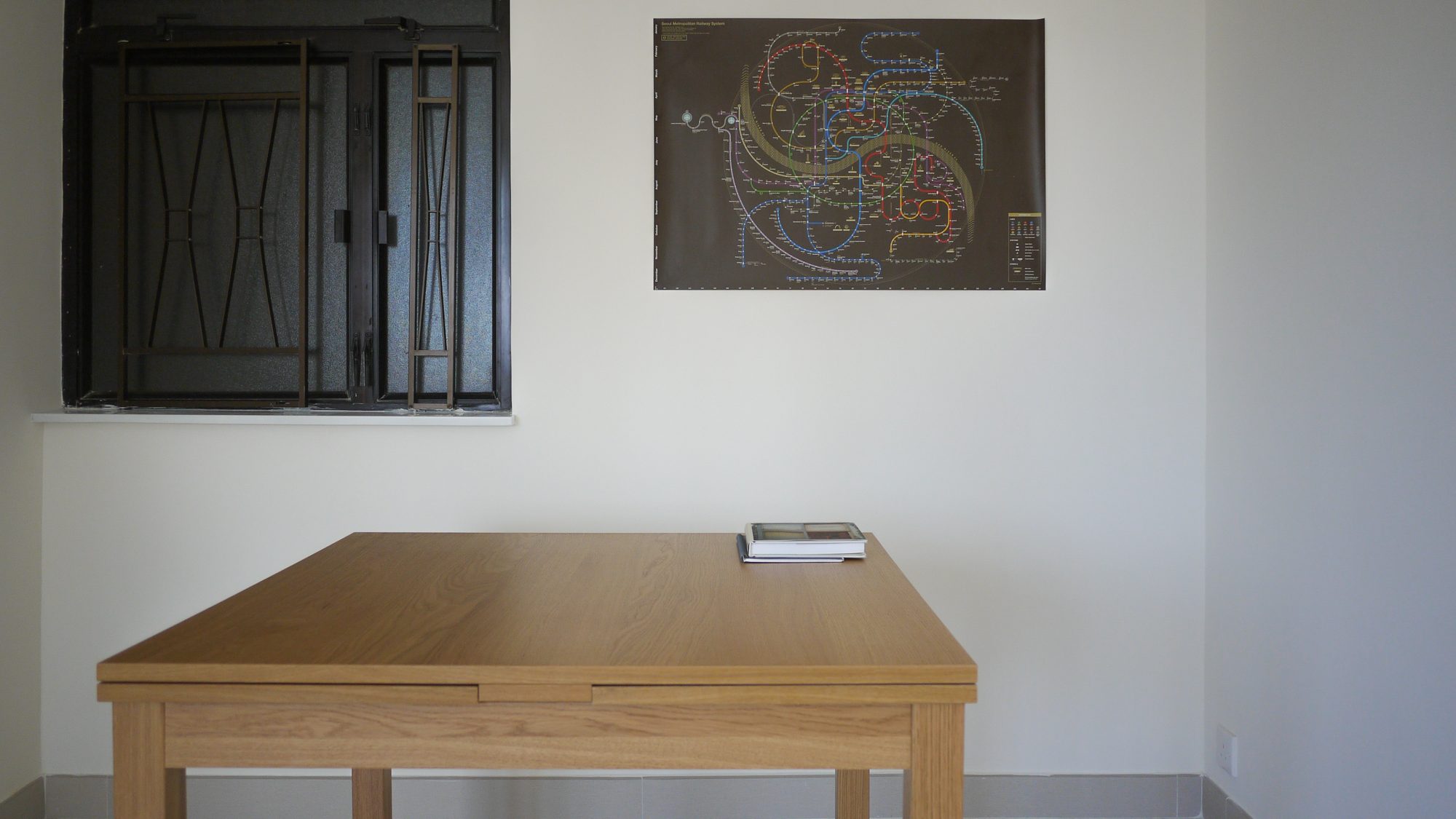 I used to joke that my old apartment in Hong Kong was like an art gallery without any art, such were the sparse indicators that anyone actually lived there. A little sad perhaps but it wasn’t entirely unintentional.

When people inhabit a space they call home their natural reaction seems to be to fill it with stuff, most of which they never touch. The bigger the space, the more stuff they accumulate. Perhaps we’re all natural hoarders but over the past few years, my travels have led me to grow a strong revulsion towards the effects of excessive wealth in post-industrialised societies.

How do we break the cycle of want for want’s sake and instead focus on the real things which bring happiness and contentment? It turns out that in an increasingly digital world there’s a lot we can do without and to that end have tried to radically pare down my belongings. From the mundane to the previously thought critical here’s what I’ve tried to cast off:

I’m not about to suggest anyone becomes a naturist but take a quick look through your wardrobe. I bet you only regularly wear about 20% of its contents at most. You can safely give away the other 80% and continue as normal. Whenever I buy something new I always try to throw out something old. This solves another problem – too many choices!

The notion of strapping a cumbersome mechanical timepiece to your wrist has been almost entirely supplanted by smartphones which can automatically set the time based on your location among a million other things. Whilst I can appreciate the beauty of a quality watch, it’s one less thing to cart around and get broken. Apple iWatch – no thank you.

They look pretty in a bookcase or on a coffee table and have a certain romance to be held but this is where their usefulness ends as physical objects. I now buy all my books through Kindle or iBooks and haven’t looked back. Anytime I want to look something up I just turn on my iPad and all my highlights and notes are instantly accessible from anywhere.

TV is crack cocaine for the undead masses and besides, when everything you could ever possibly want to watch is just a few clicks away online, scheduled broadcasts look decidedly quaint. I’ve never owned a TV, and these days get most of my news via BBC online and various blogs. For entertainment, I download the few series that I follow. Guilty viral pleasures via Devour.

These days I rarely ever make voice calls. 99% of the time I use various messaging apps (too many in fact) which also provide voice and video capabilities over the internet. I have a data-only sim for my iPhone and a virtual phone number through Skype which I can give to companies who insist on you providing one (e.g. banks) but I don’t provide this to anyone else.

Unless you live in the middle of nowhere I see very little need to own a gas-guzzling automobile. They cost a small fortune to maintain and in addition, you’re not doing the environment any favours. In most major cities public transport will surface and there are always taxis or rental cars when it doesn’t. God forbid you have to use your legs (here’s looking at you, America).

Did you know that the word mortgage in French means “death contract”? Strangely appropriate I’d say. While I like the idea of having a place to call home eventually, owning property feels like a huge weight that ties you to a single location. I prefer the flexibility of renting and suspect that in a resource-starved world this will become the default for the majority of people. Say goodbye to fat inheritances.

Companies love contracts because they tie you into regular payments but the trouble is they make them very hard to get out of. Having moved counties 3 times I can’t tell you how much I dread having to call companies to cancel. These days I always prefer to pre-pay even if costs a little more than giving my account details to the devil. You might not be able to get this on an apartment but be sure to negotiate an inclusive flexible deal.

I realise this will be a difficult thing for many people, and I have been lucky in this respect, but if you can streamline your life in such a way that you have control over your outgoings then this becomes a lot simpler. Getting rid of your credit cards is probably a good first step and actively tracking expenses allows you to figure out where your money goes so you can create realistic budgets.

I can understand that this might sound like minimalism gone too far but, even if you’re not ready to give up the TV, I’m convinced that living with a little less is only a good thing and allows you to concentrate more on the things which really matter. In the end, you can’t take it with you!

This is an ongoing experiment so I’d love to hear what other people have given up or are doing to streamline their life. Feel free to leave a comment below or drop me a line!