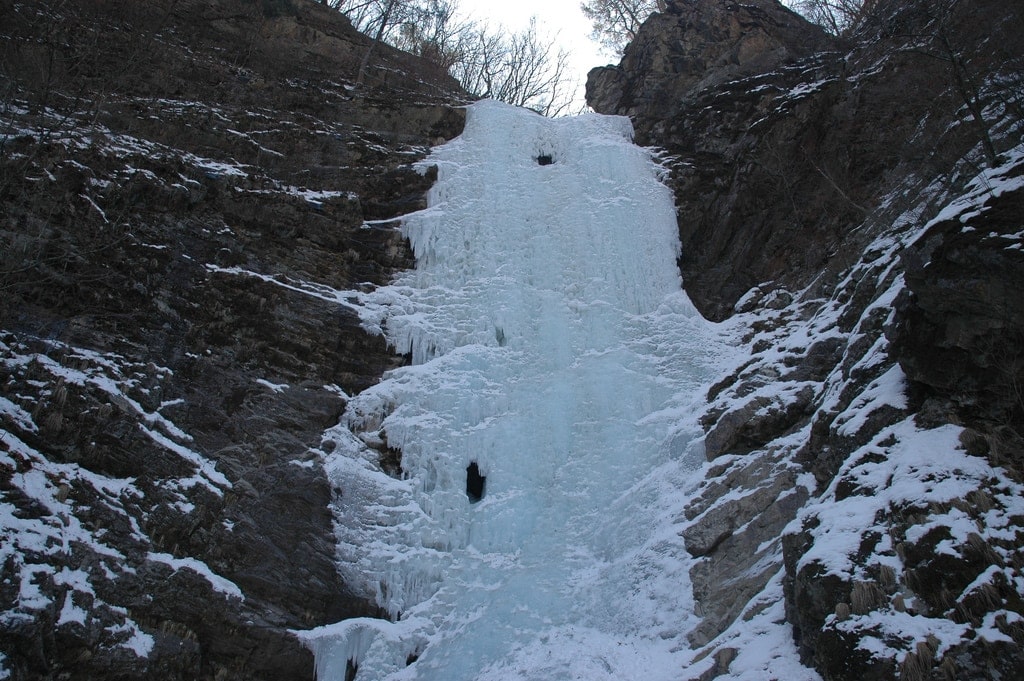 The plan on my second day in Chuncheon was to visit a waterfall and then get a ferry to an inland island. This was all going to plan until we got off at the wrong train station and ended up stranded in the middle of nowhere which also happened to be devoid of any type of public transport. Walking back was definitely out of the question and so against my better instincts it was time to ask for help. In the end a pair of exotic peaches saved the day when we used them as a bribe to hitch a lift to the nearest town. Luckily the driver wasn’t a crazed psychopath!

A bus trip and a hike up a snow laden trail later we eventually made it to Gugok Waterfall (구곡폭포) which at this time of year was completely frozen and is apparently a popular place for intrepid climbers although there weren’t any there that day. 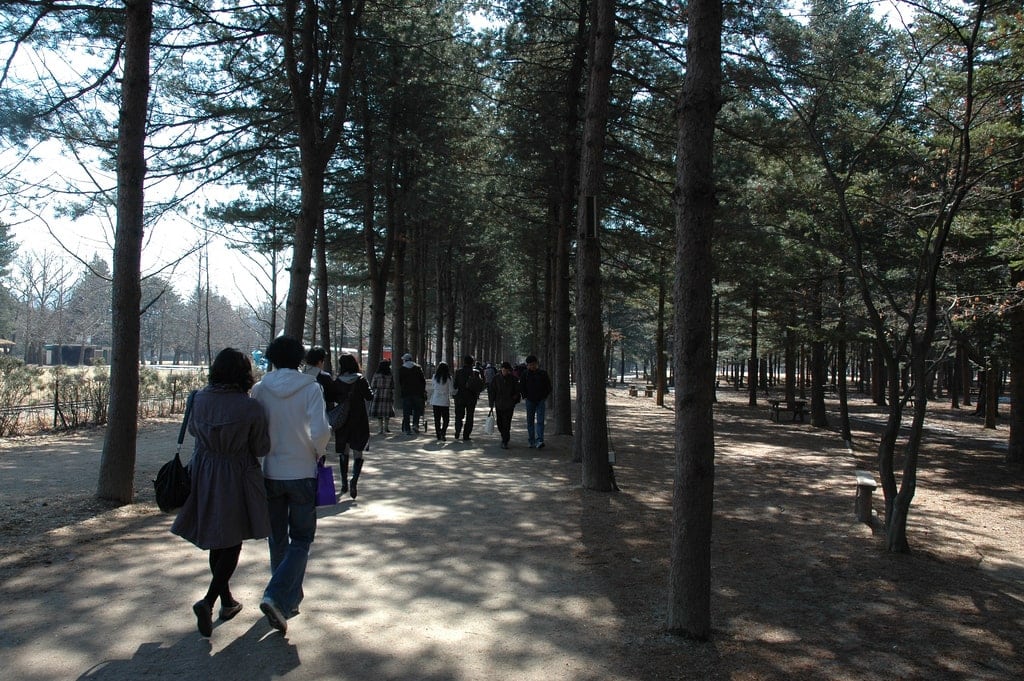 Away from the ice and snow Nami Island (남이섬) was a very different proposition. The island, which sits in the middle of Cheongpyung Lake, is about 6 kilometers end-to-end so is easily walked around and is accessible by ferry. Famous for its beautiful tree lined roads, the island and the surrounding area is well known for the tv drama Winter Sonata which was filmed there in 2002 attracting many fans on pilgrimage. 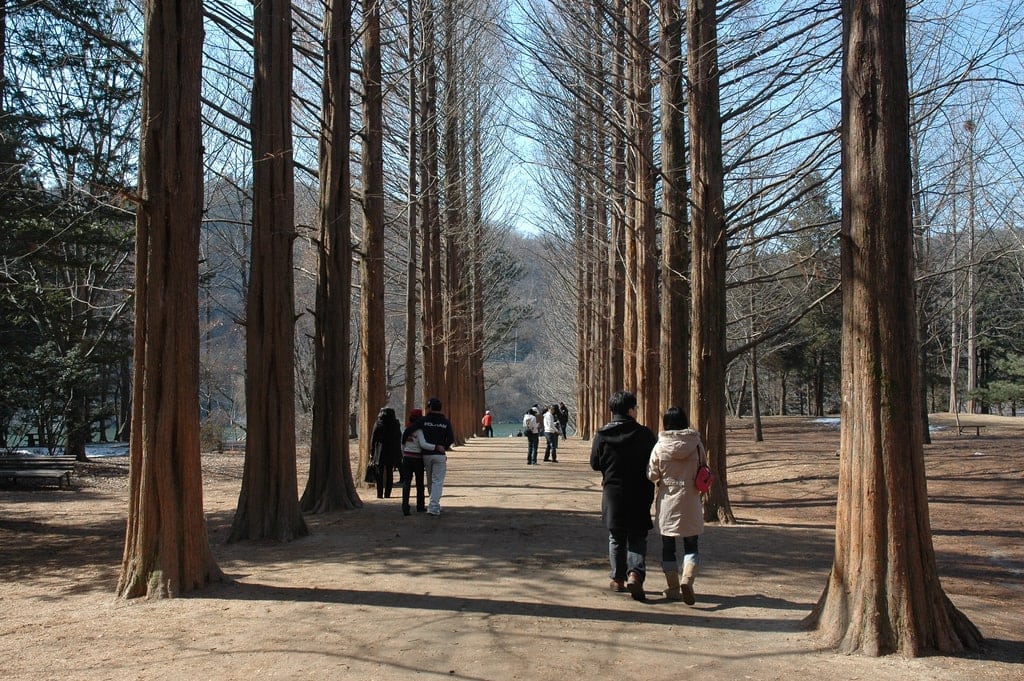 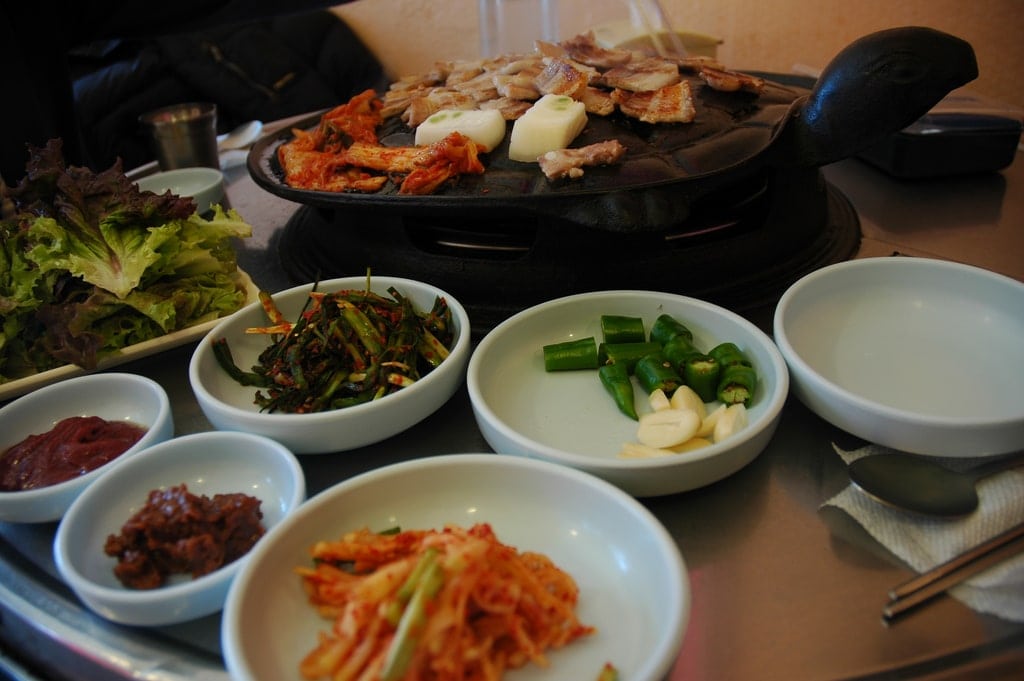