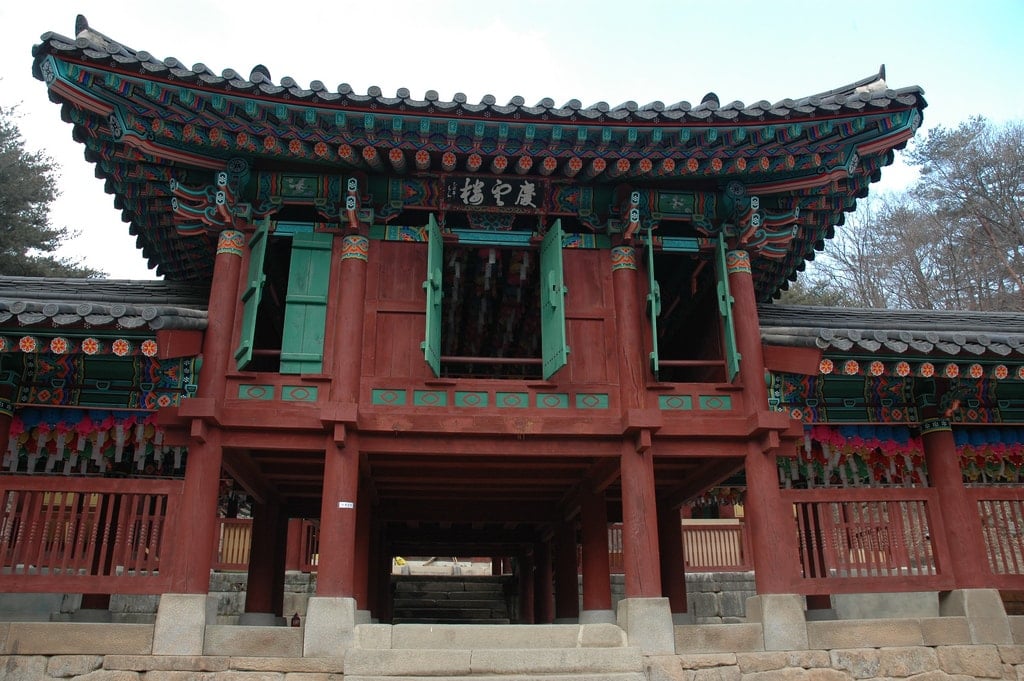 After arriving on the northern shore of Lake Soyang we walked through a ramshackle village in semi-hibernation (presumably closed for the winter season) and followed the winding track up the mountain side beside a small stream through a forest of pines and maples. The mountain had a somewhat eery and desolate feeling to it, probably due to the depressing weather, but after about 30 minutes of walking we reached our destination – Cheongpyeongsa Temple. 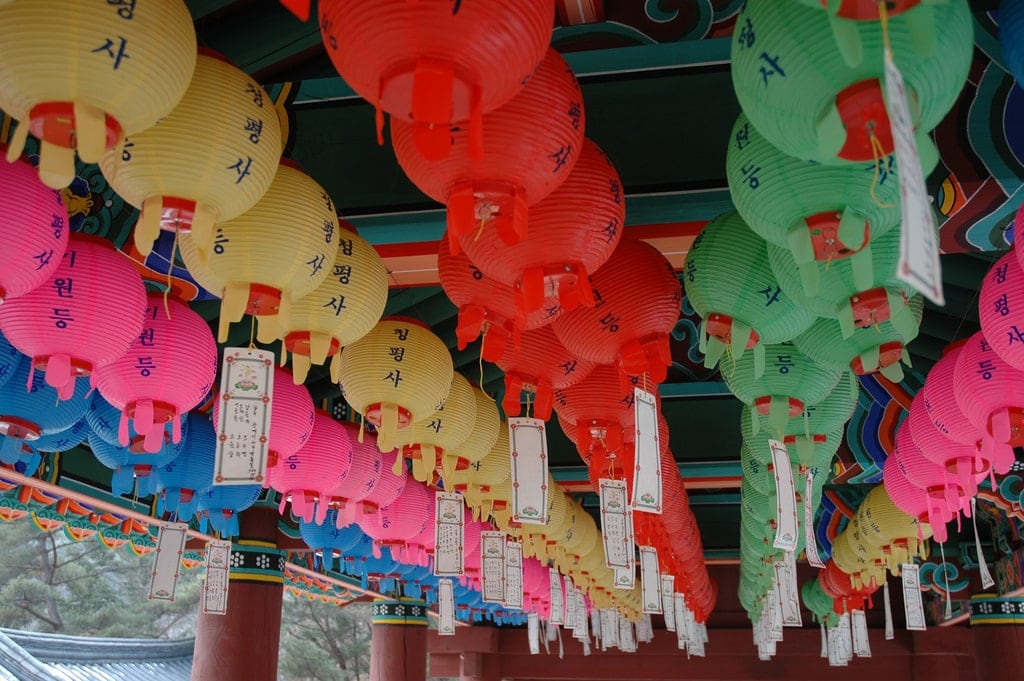 Built in the Goryeo Dynasty (10th century) the temple is one of the most popular in the country having survived the ravages of the Korean War and we were lucky to have the place almost to ourselves – all the monks must have been off meditating somewhere! Wandering amongst the snow covered pavilions you could almost picture what this place must have been like before it became a tourist attraction. 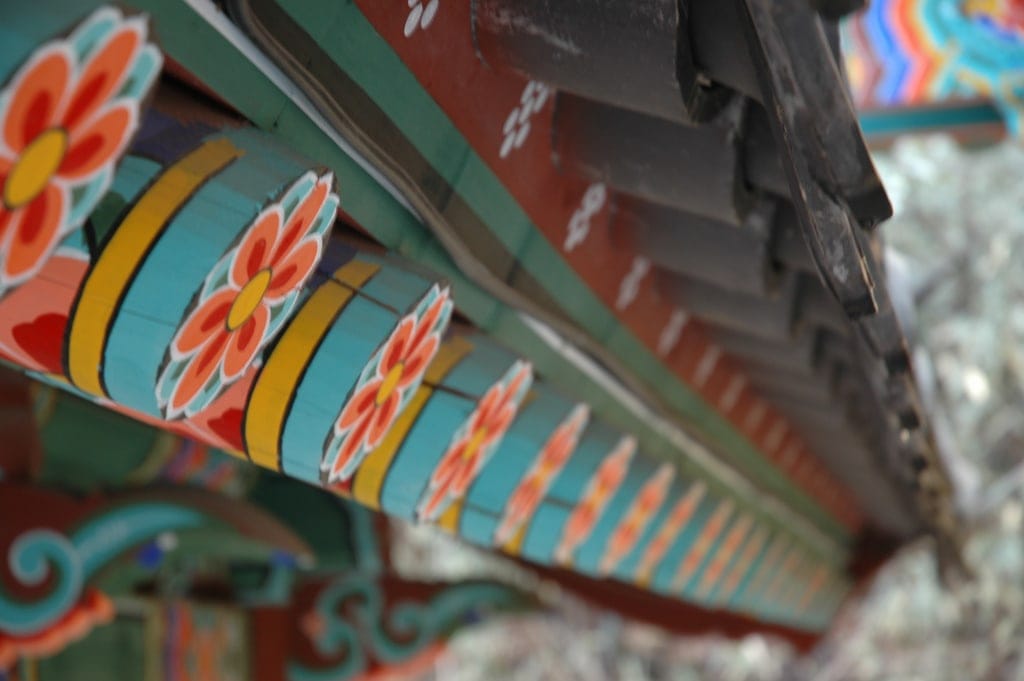 I particularly liked the brightly coloured lanterns hanging from the ceiling near the entrance which gently swayed in the silent breeze in an almost ghostly fashion. As with most temples I am always amazed by the intense attention to detail that every aspect of the craftsmanship exudes, something which is sadly lost in most modern architecture. There isn’t a huge amount more to say about the temple (unless you have an interest in Buddhism) so I’ll let the pictures do the rest of the talking… 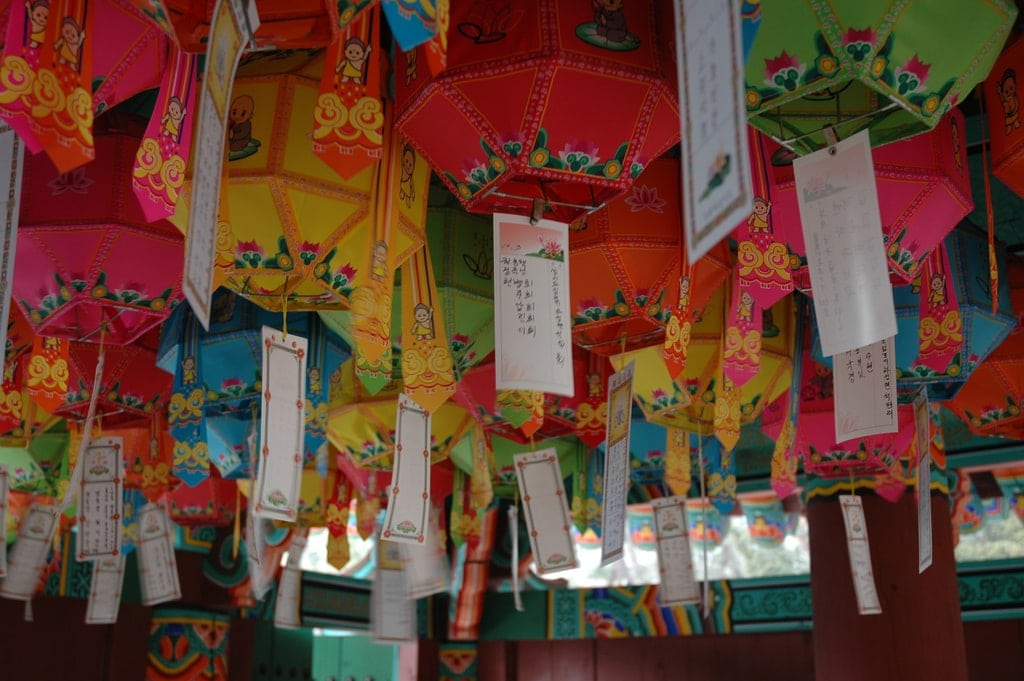 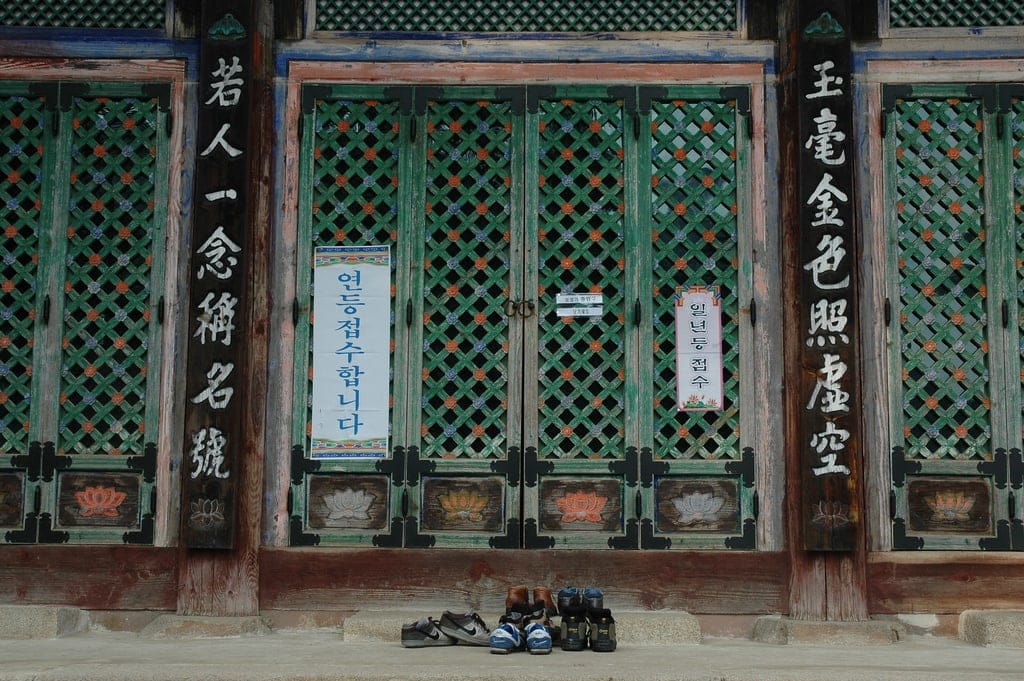 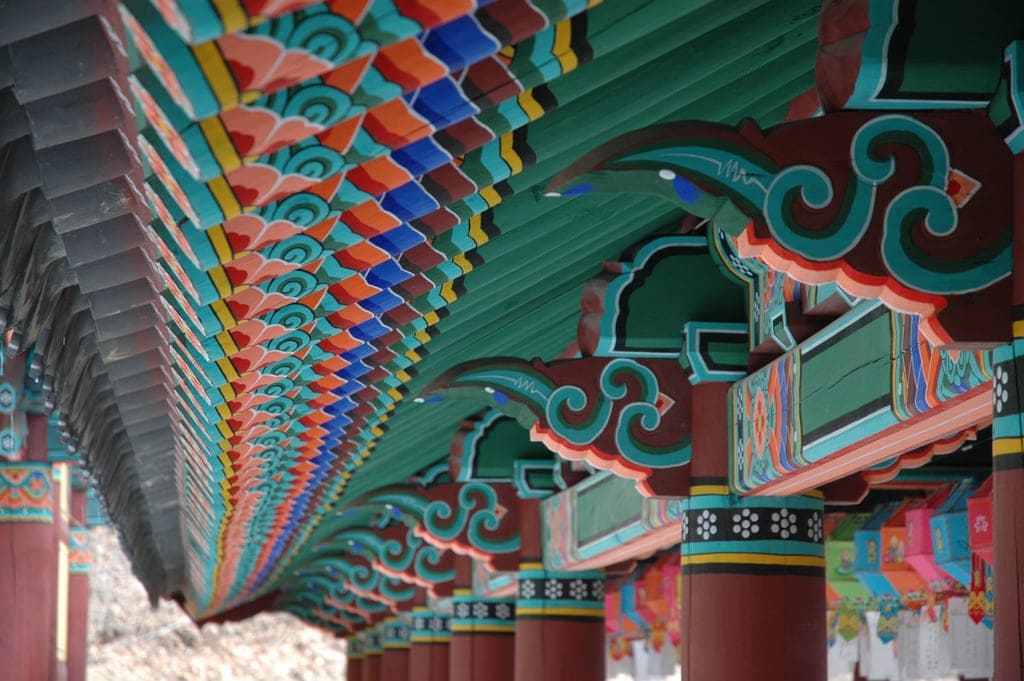