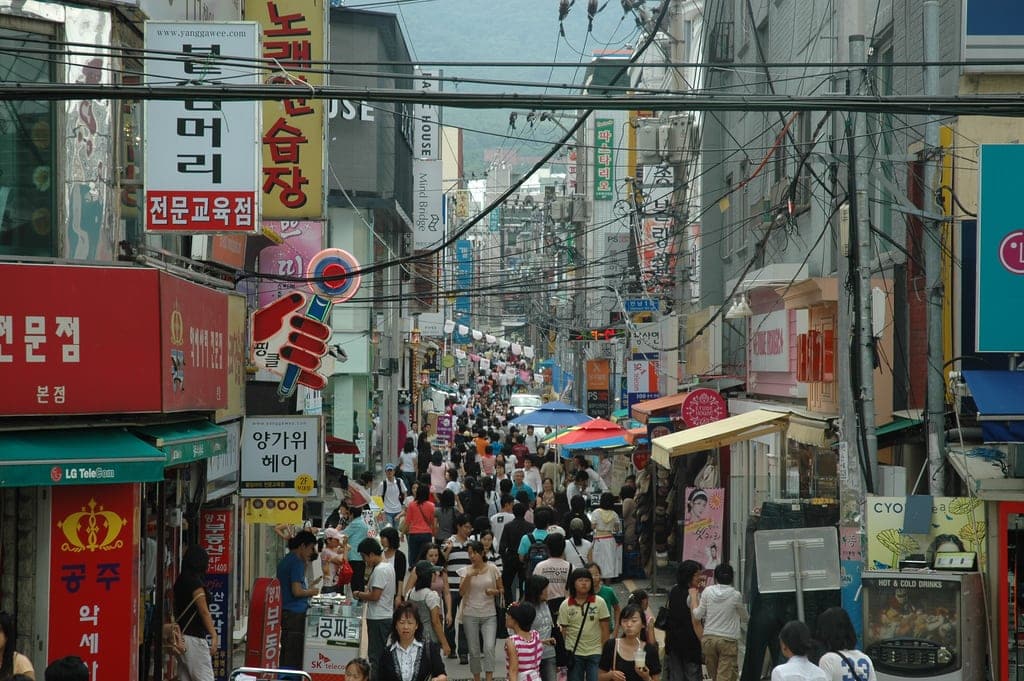 After heading back into the centre of Busan it was time for lunch. Stopping somewhere near Pusan National University we found a restaurant where we ordered iced-noodles (Milmyeon – a local speciality) with fried rice and chicken (Dakgalbi Bokumbab). Eating noodles in ice was certainly a new experience for me but to be honest I wouldn’t call it my favourite dish although everything else was delicious. 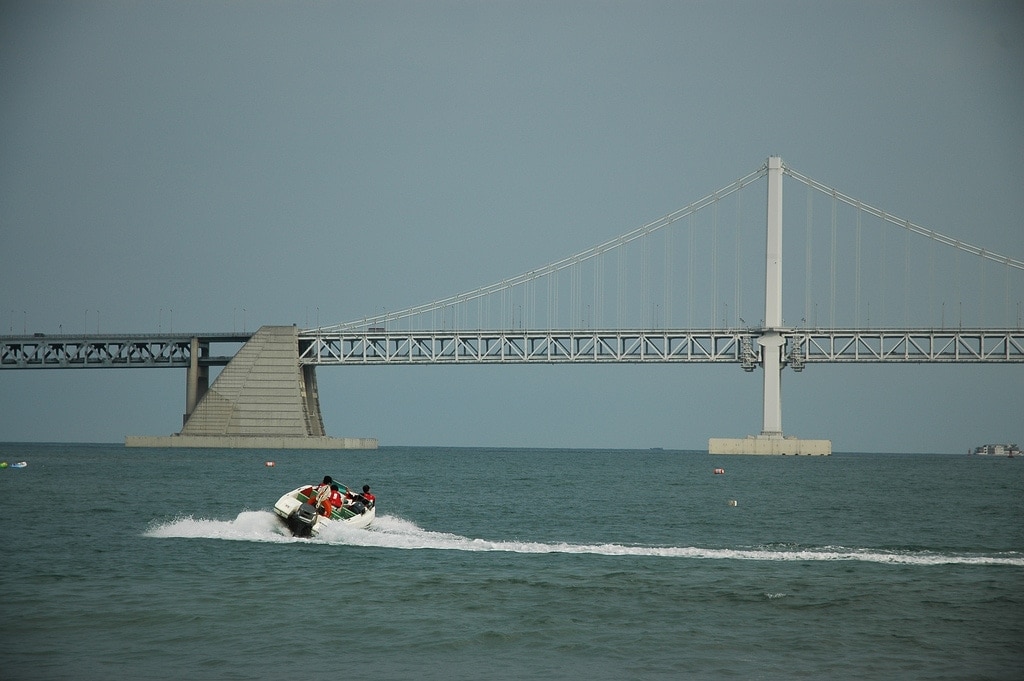 Whilst it wasn’t a particularly hot day there were still plenty of people having fun in the water and even a few swimming. Apparently in the hight of summer the beaches are teaming but since most Koreans don’t like getting a suntan they bring thousands of umbrellas – just take a look here!