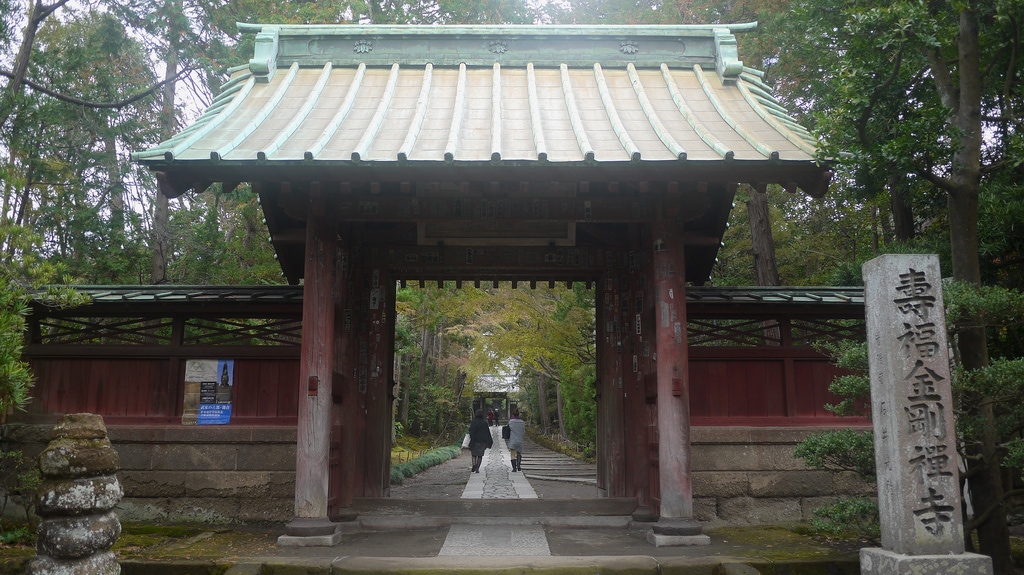 50km south-west of Tokyo lies the small city of Kamakura (鎌倉市). Once the political capital of Japan during the Kamakura shogunate (a feudal military government), today it’s a great place for a day trip to explore its many small temples and shrines. To get there I took the Odakyu line (小田急江ノ島線) from Shinjuku to Fujisawa, then changed to the old Enoden line (江ノ電) that goes all the way to Kamakura. There is a faster route but this way provides views of Enoshima island and the Shonan coast. Since it was early in the morning most passengers were half-asleep! 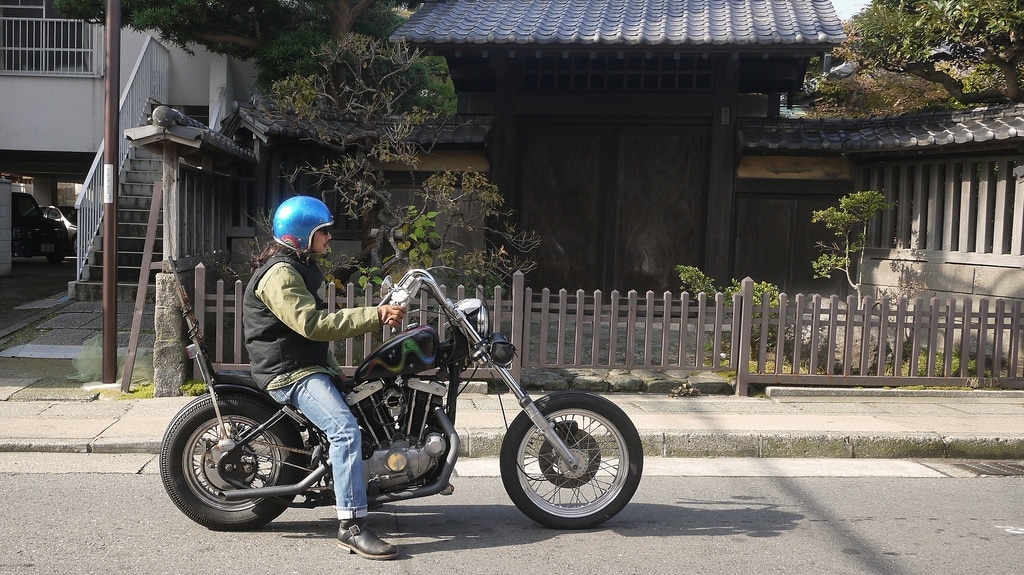 I got off at Hase Station (長谷駅) and weirdly stumbled across a troop of Japanese bikers and US marines on a sight-seeing trip! 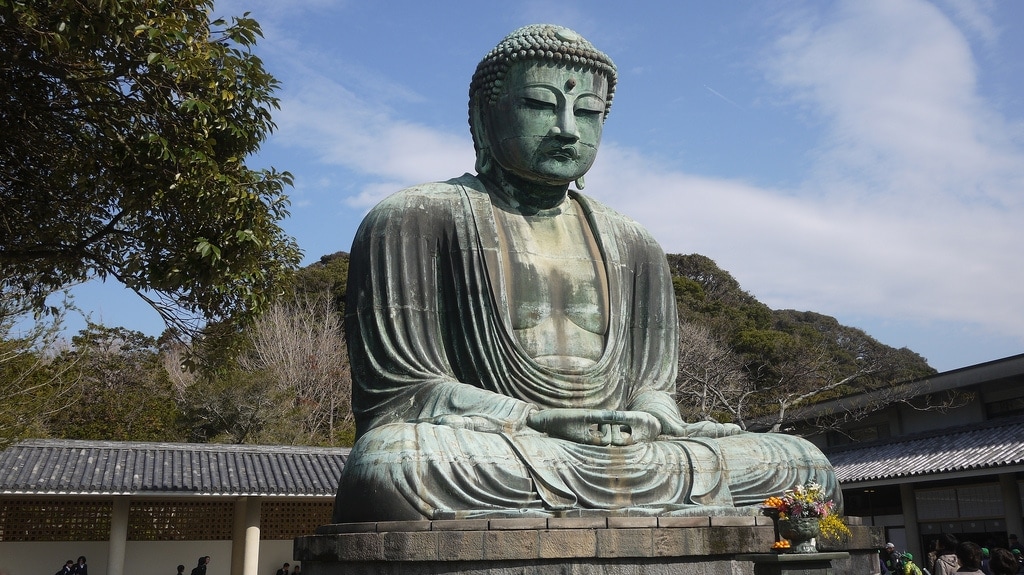 My first stop was Kōtoku-in Temple (高徳院), home to the bronze “Great Buddha” (大仏) statue which is one of the most famous icons of Japan. 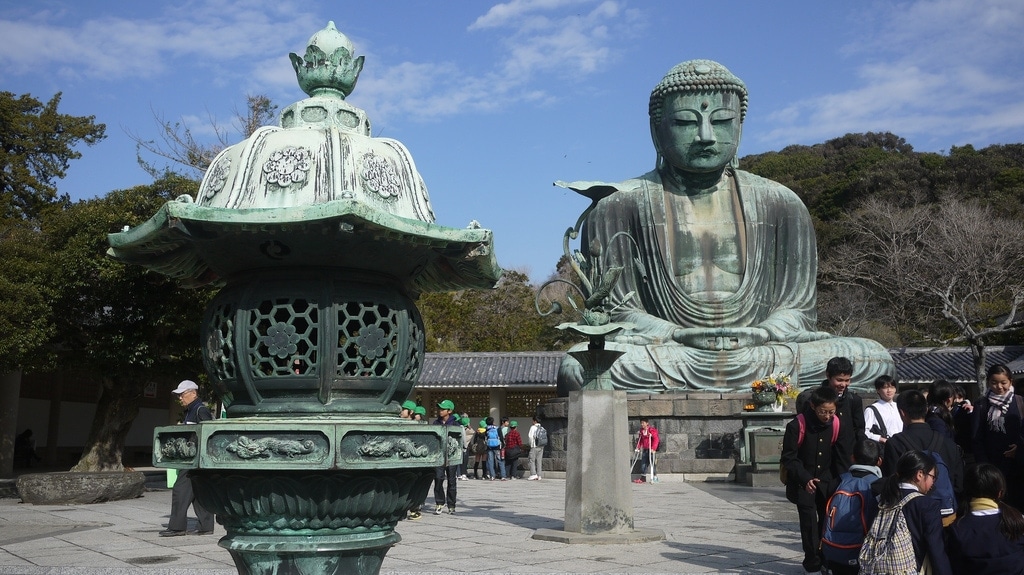 Given the crowds of tourists I wasn’t all that inclined to stick around – I’d already seen more than my fair share of Buddha statues over the past 5 years. To escape the crowds I took to a quiet trail in the woods but even here I got ambushed by a group of school children who wanted to practice their English with me for a school assignment. They asked me a bunch of simple questions which they dutifully wrote down my answers to in their notebooks (“Where are you from? What is your favourite place in Japan?” and so on). 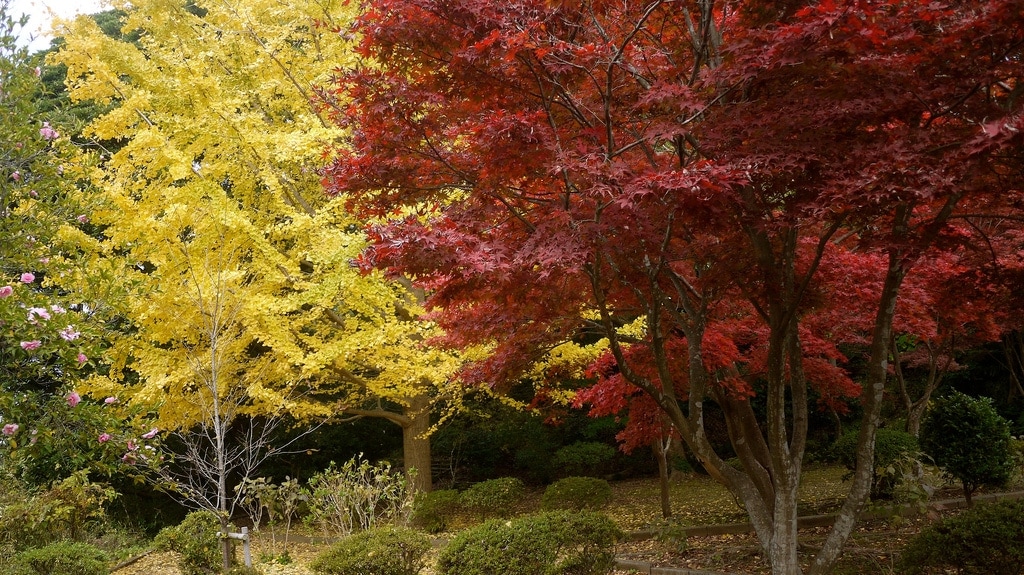 After posing for a photo to provide their teacher evidence (peace symbols all round) I came across a small park where the trees were wearing their full autumn coats. 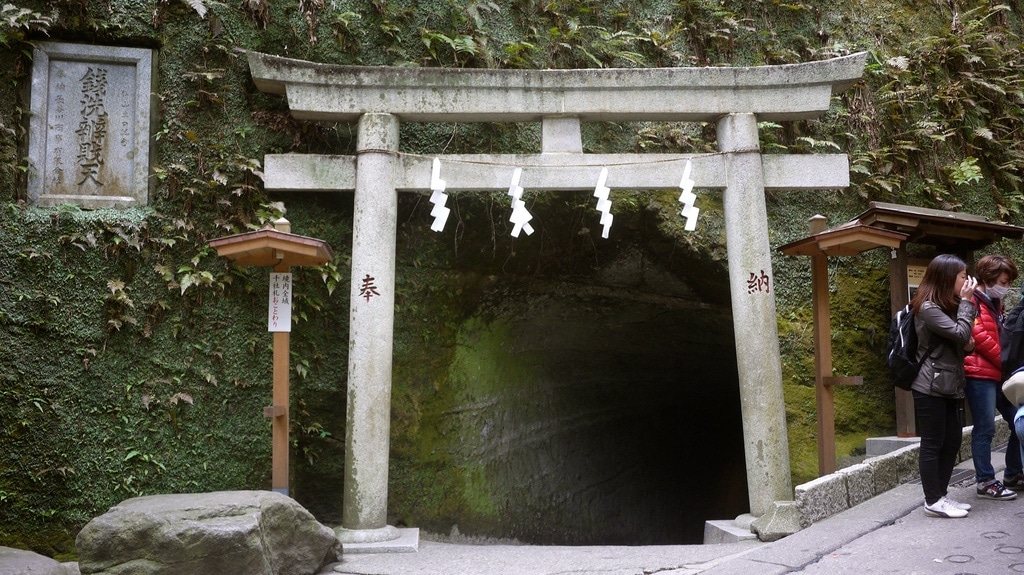 My short hike through the woods was rewarded by my arrival at Zeniarai-benten Shrine (銭洗弁財天宇賀福神社) which is completely surrounded by high rock walls and can only be accessed through a narrow tunnel in the rock. 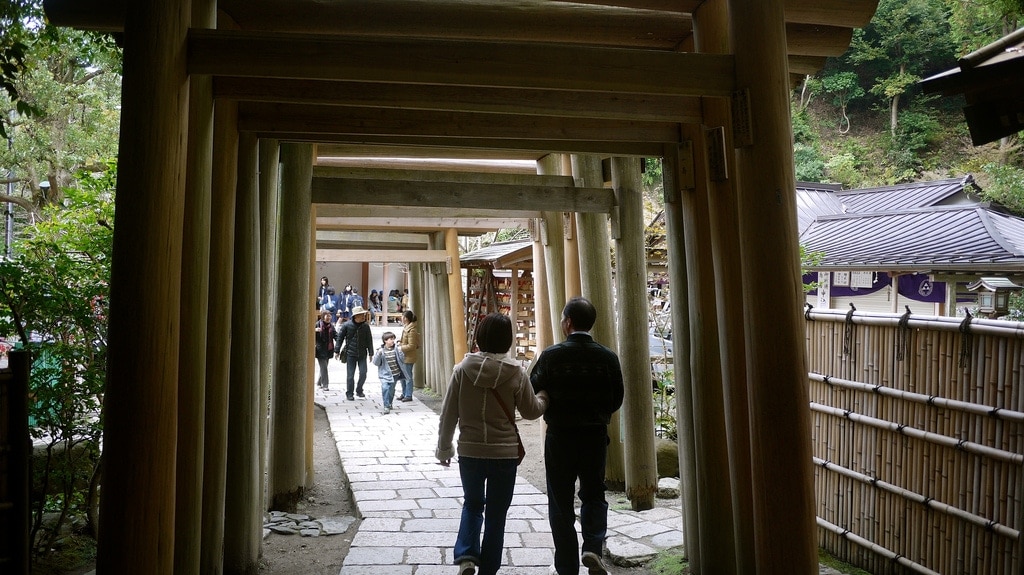 The shrine has dozens of unpainted torii (Shinto gates), a little different from the usual bright vermilion colour. 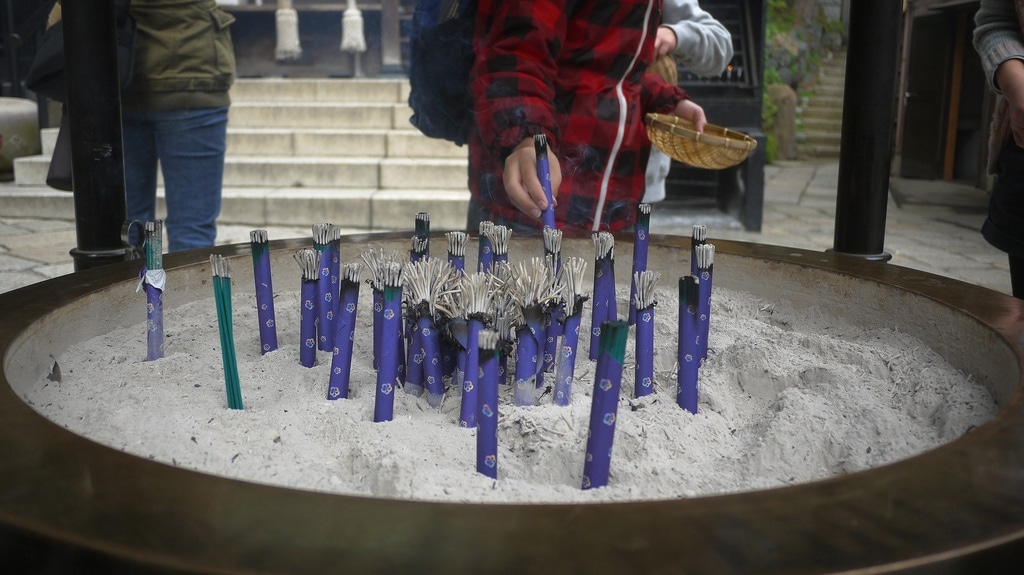 Unusually for a Shinto shrine people were also burning incense. 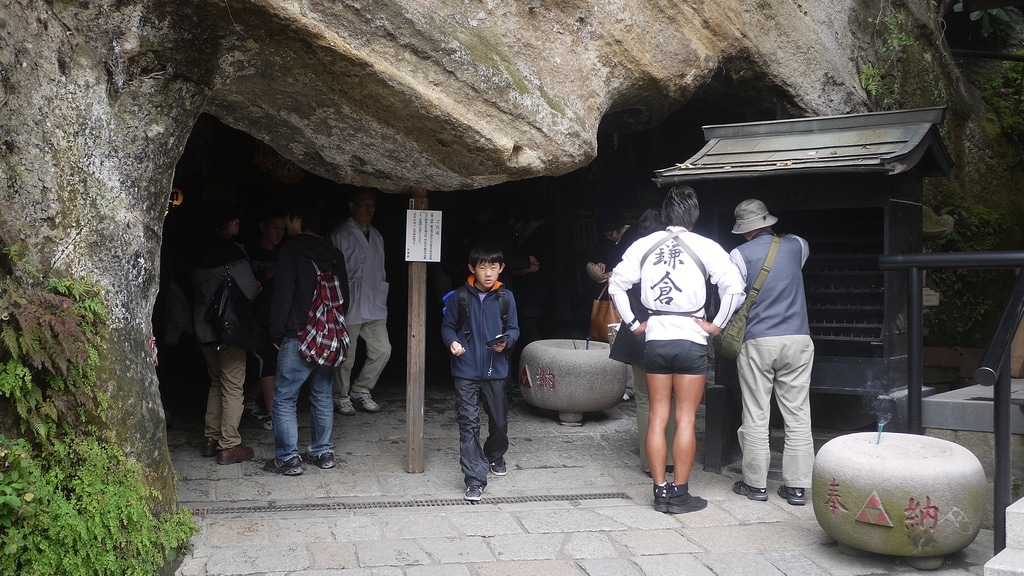 The most popular area of the shrine is the Okugū (奥宮) cave. 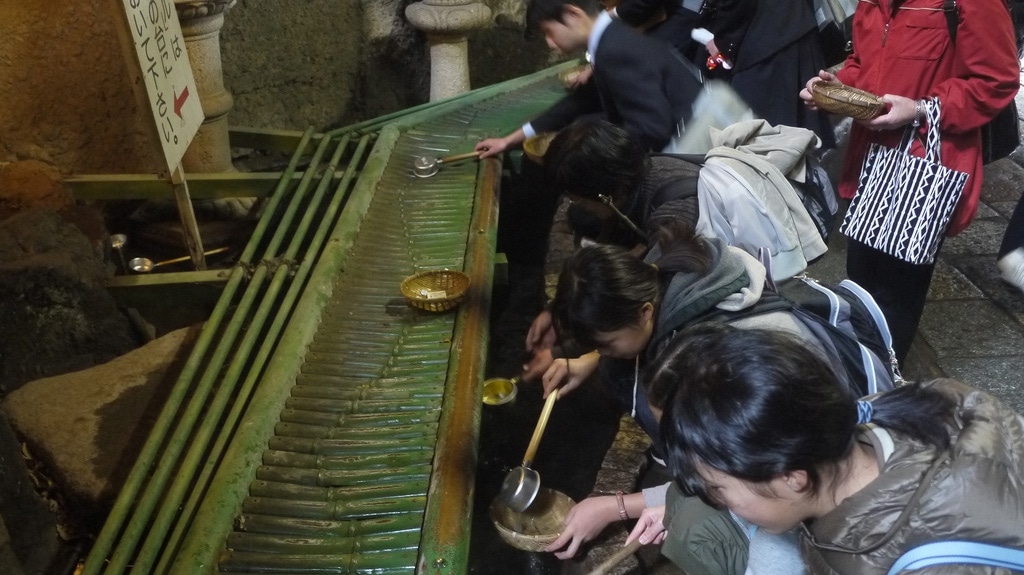 In here people wash their money (both coins and paper) in a natural spring which is said to be able to multiply it. How effective it is I don’t know! My walk next took me to Kaizo-ji Temple (海蔵寺) which legend has it contains a well that is unable to reflect the light of the moon. All very Indiana Jones at this point. 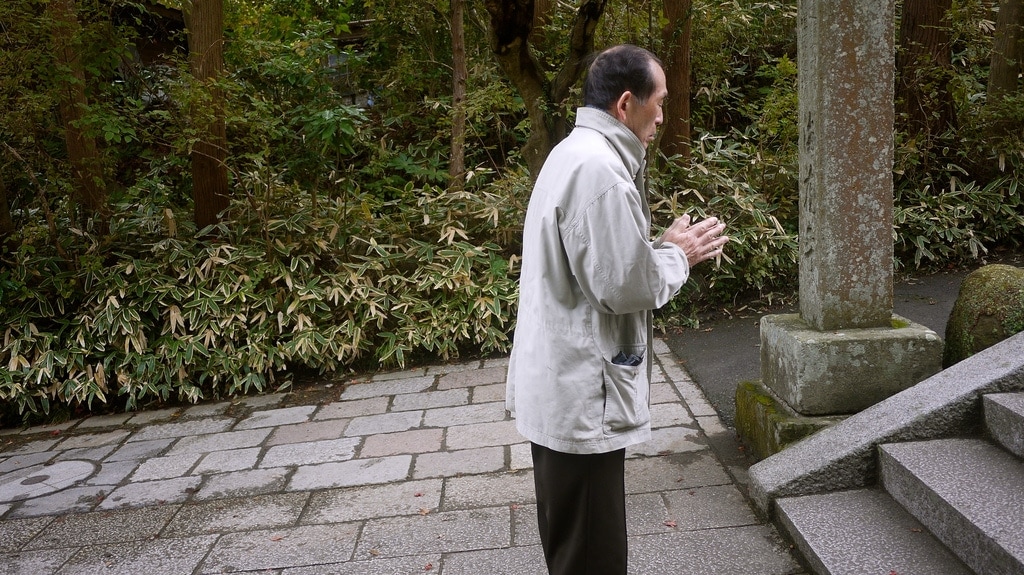 A man prays outside the entrance. 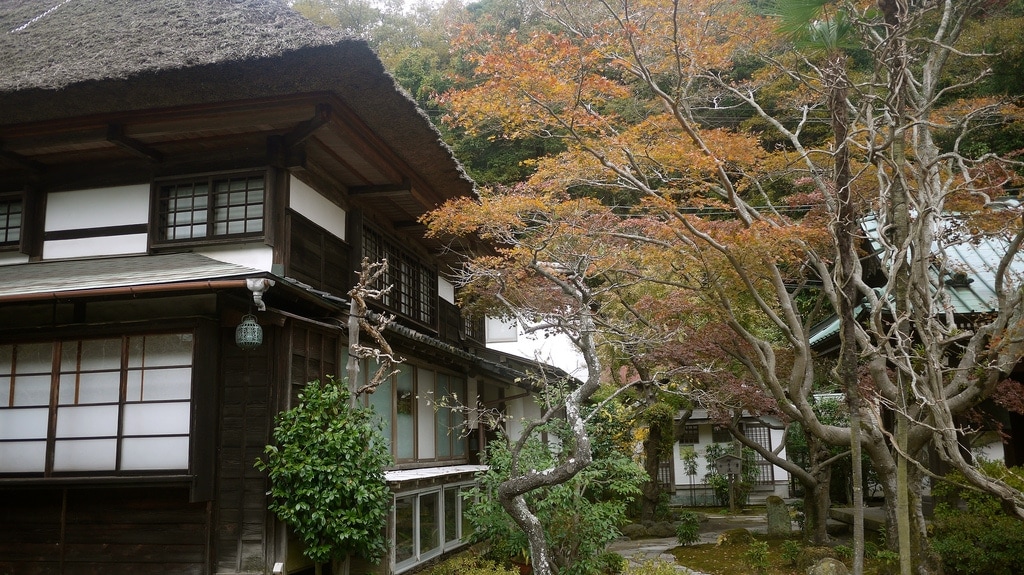 Inside were some traditional wooden buildings with thatched roofs – something I hadn’t seen outside the UK before. Each window of the building had a perfectly framed view of the garden outside. 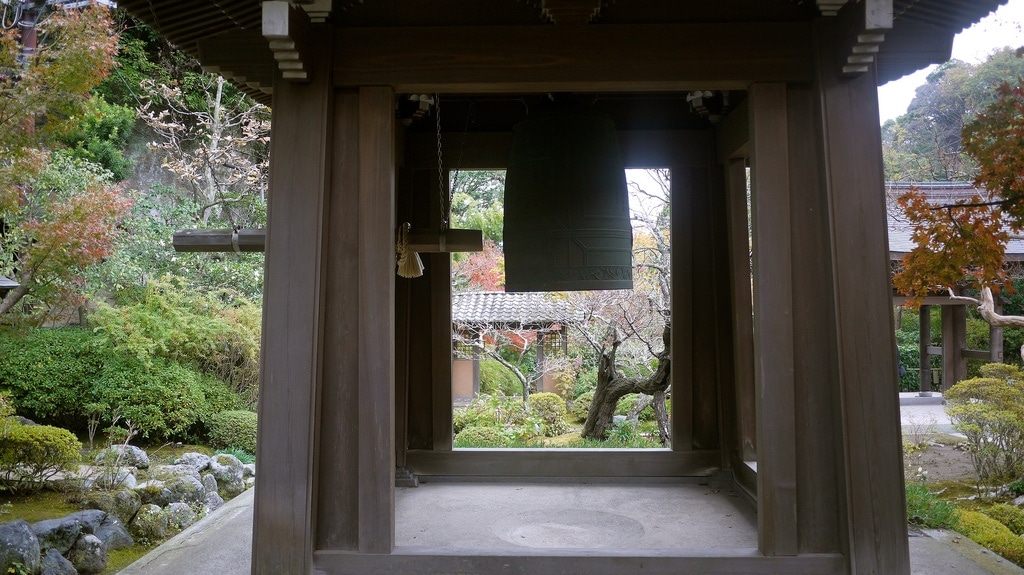 A huge bell hangs in silence, begging to disturb the calm. 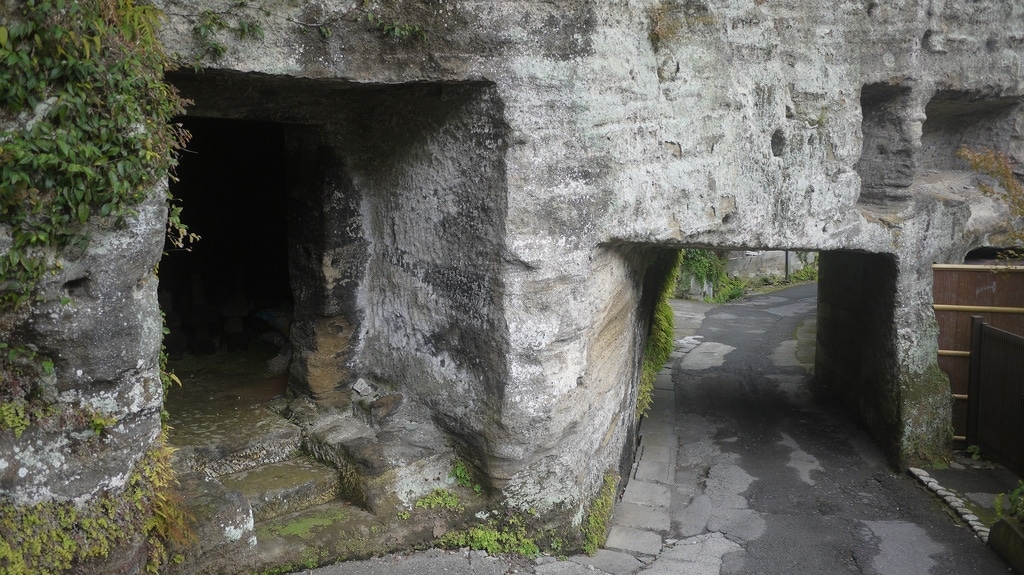 On a path around the back of Kaizo-ji I noticed some curious caves carved out of the solid rock face. These turned out to be what are known as yagura (やぐら) – caves dug on the side of hills during the Middle Ages to serve as tombs for high-ranking persons. 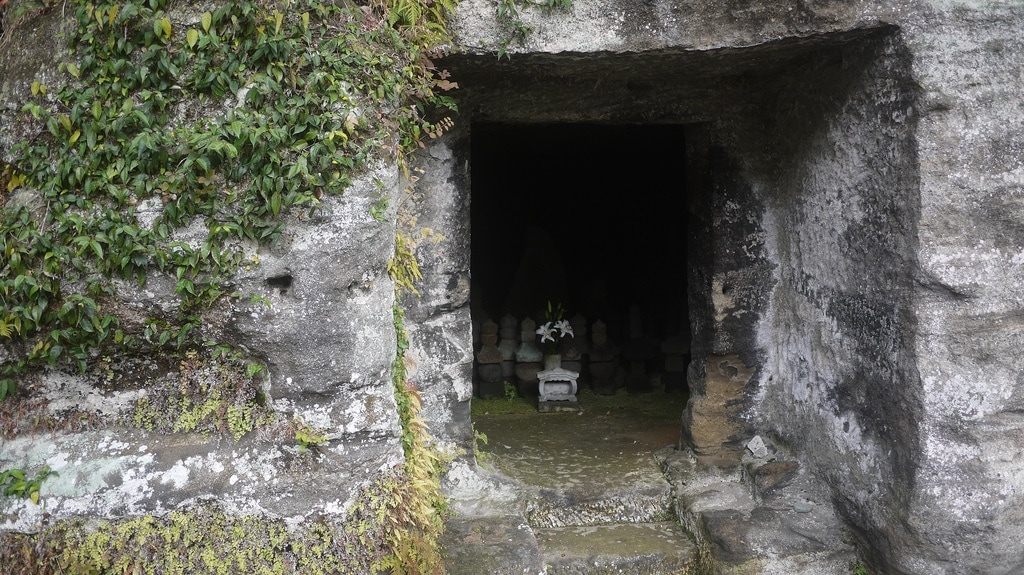 Things like this have a strange way of making me feel very close to the surrounding history – a feeling I have always had most strongly in Japan and places like Kyoto and Kamakura where so much has been preserved the way it has been for centuries. 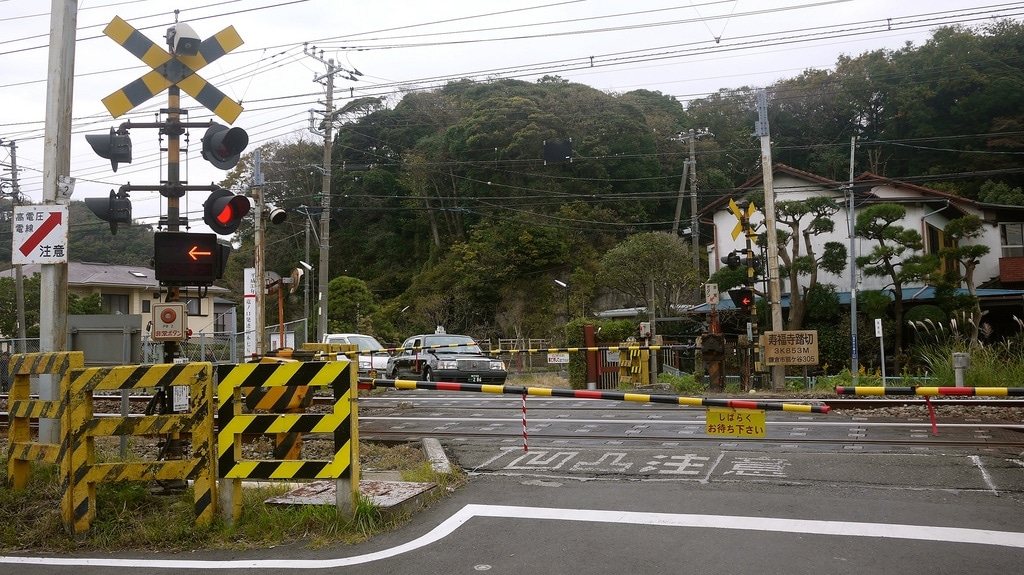 The railway is of course a more modern edition but not without its own audible charms at each level crossing. Walking parallel to the train line I popped into Jufuku-ji Temple (亀谷山金剛寿福禅寺) which has a beautiful avenue leading up to it. 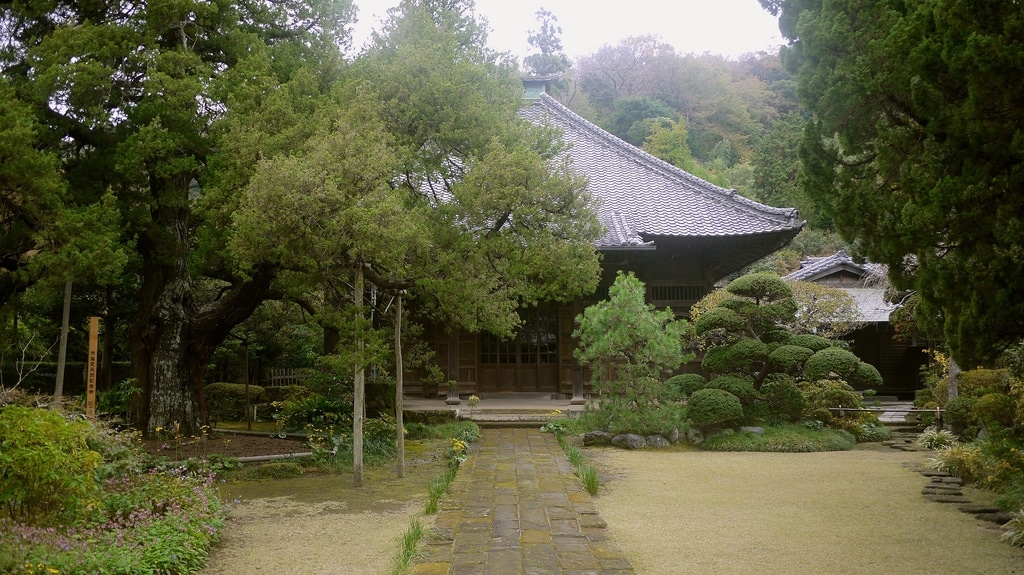 The temple isn’t open to the public but you can peer at the main hall though the inner gate. 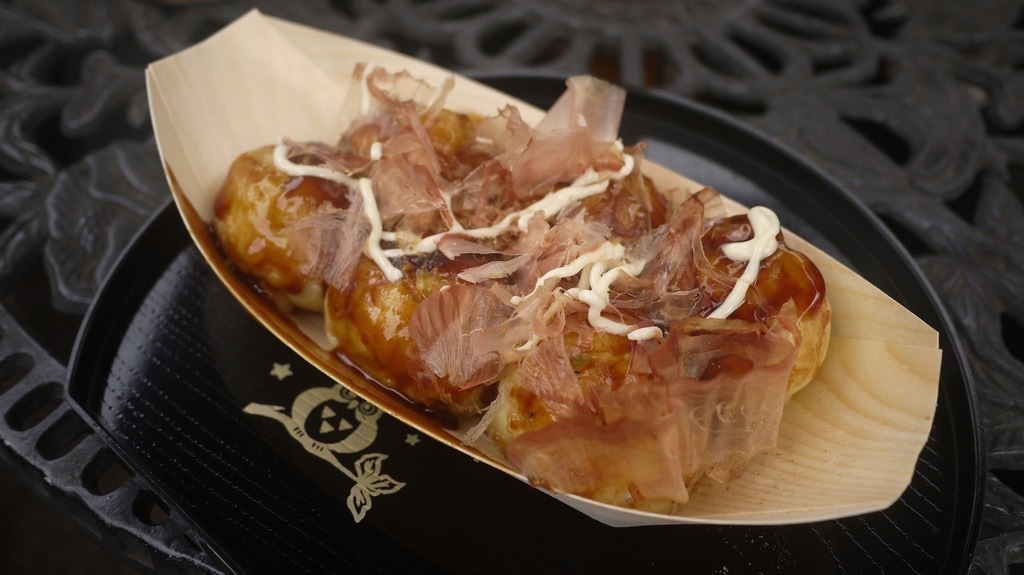 After a long mornings temple-stalking I stopped off near Kamakura station for some yummy Takoyaki (たこ焼き). Read more in Part 2.