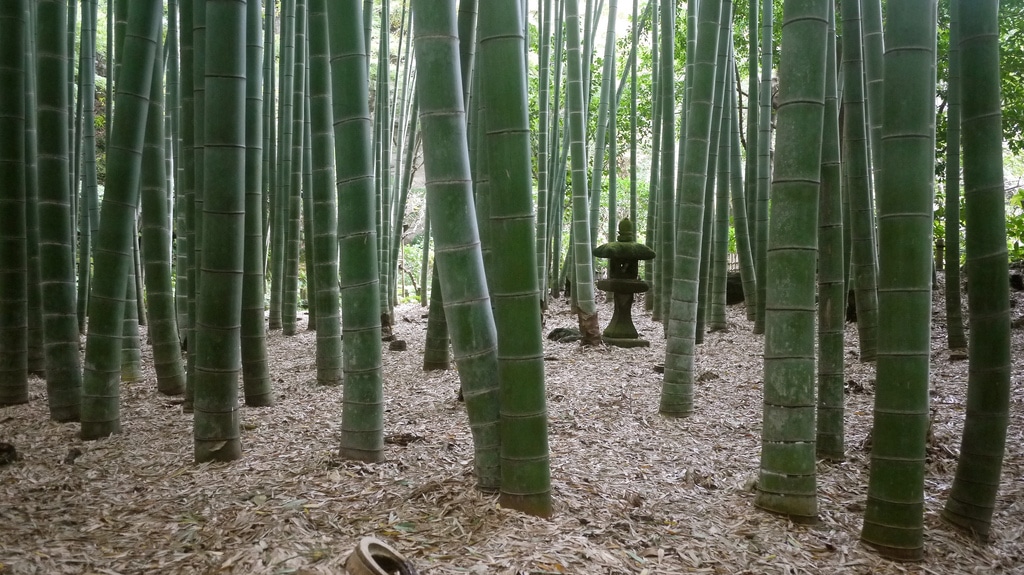 After my morning walk, I decided to head to the lesser-visited eastern edge of Kamakura and then make my way back on foot to the centre again, visiting a number of small temples and shrines along the way.

I passed some private homes with beautifully landscaped trees and gardens. Notice the rope in the photo above designed to channel water from the gutter into the drain below.

Zuisen-ji (錦屏山瑞泉寺) – a Zen Buddhist temple in the far east of Kamakura, surrounded by hills.

I’m pretty sure some of the Japanese tourists had colour-coordinated their outfits with the autumnal foliage!

Zuisen-ji was founded by Musō Soseki (夢窓 疎石), a leading Zen master of his time and one of Japan’s most famous garden designers.

The extreme simplicity of the Zen rock garden contrasts with the other garden in front of the main hall, which is considered the most beautiful in Kamakura. It felt like a scene from Lord Of The Rings!

Sugimoto-dera (大蔵山観音院杉本寺) is one of the oldest Buddhist temples in Kamakura. According to legend if someone who does not believe in Buddhism passes the road in front of the temple on horseback, they will be thrown off.

The moss-covered stairs leading up to the main hall are so well-worn that a new path has been built to the left of it.

The small gorintō (五輪塔) is in memory of more than 300 samurai who lost their lives during a battle here in 1337.

From the top, you are afforded a good view over eastern Kamakura.

Common to a number of temples in the area, the main hall has a thatched roof.

Hōkoku-ji (報国寺) is also known as the “bamboo temple”, for reasons which will soon become apparent.

A bell tower with a straw-thatched roof blends effortlessly with the surrounding trees.

In an area behind the main hall where the founder of the temple used to write poetry, a grove of about 2000 mōsō bamboo can be found. While not as extensive as Arashiyama in Kyoto it’s a great place for a quiet moment of contemplation.

Hokoku-ji also has a carefully arranged zen garden. I’d love to see what would happen if someone stepped on the perfectly raked gravel!

I passed these women in their traditional kimonos.

Jōmyō-ji (稲荷山浄妙寺) nearby has a nice tea house overlooking another beautiful Zen garden.

Almost back at the train station, I walked through the extremely popular Tsurugaoka Hachiman-gū (鶴岡八幡宮) Shinto shrine.

Ceramic plates ready to be smashed by the faithful.

A ginko tree that had stood next to the stairway of the shrine since its foundation was uprooted due to rot in 2010 but both the tree’s stump and a section of its trunk was replanted nearby and have started producing leaves again.

A Shinto priest passes by – check out those shoes!

By this time the sun began to set and it was time to head back to Tokyo. In a day I only managed to explore a small fraction of Kamakura so I’m sure I’ll be back.