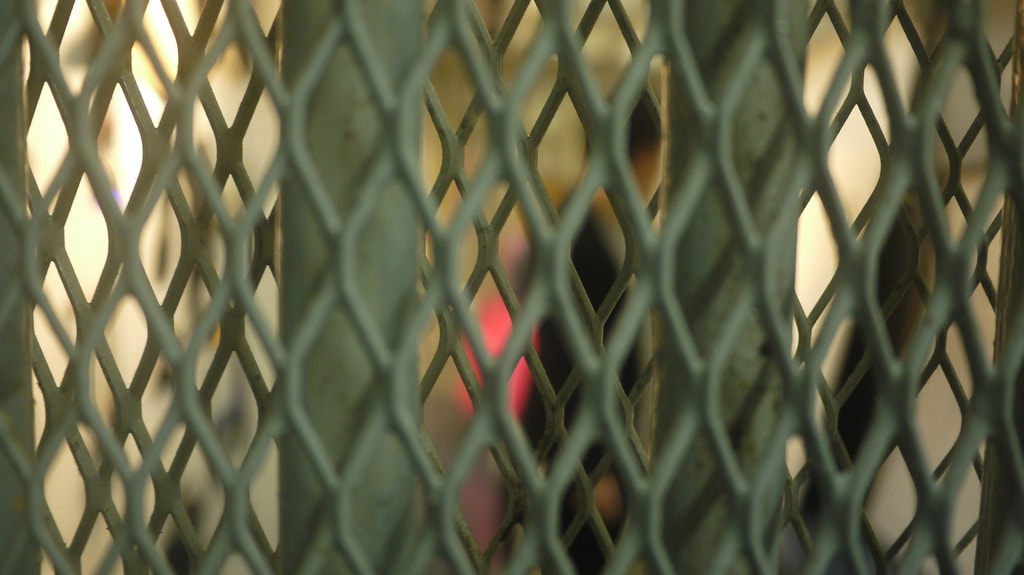 The end of last year was rather busy and chaotic so I’m a bit behind on posting but I thought I’d share a few photos from DETOUR 2012: Design Renegade which was held in the Former Wan Chai Police Station (灣仔警署署) late November – continuing last years theme of opening up decommissioned buildings to the public for the duration of the festival. The No. 2 Police Station (二號差館), as it was known, was built in 1932 and originally faced directly onto Victoria Harbour before land reclamation left it inland. The station closed in 2011 and is awaiting redevelopment. 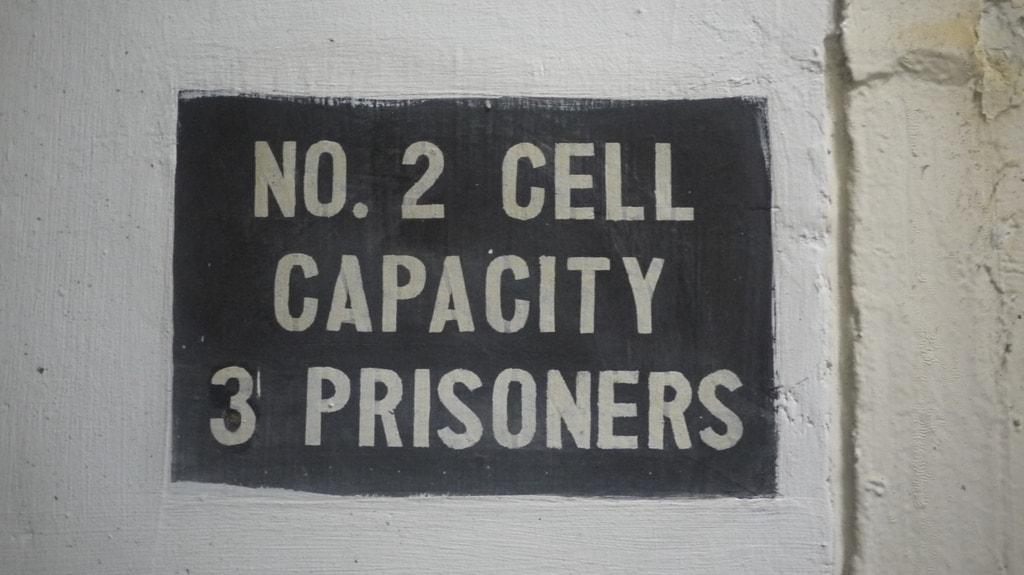 Inside the building retains many of the signs of its former purpose – including the prisoner cells which look as unwelcoming as you might expect. 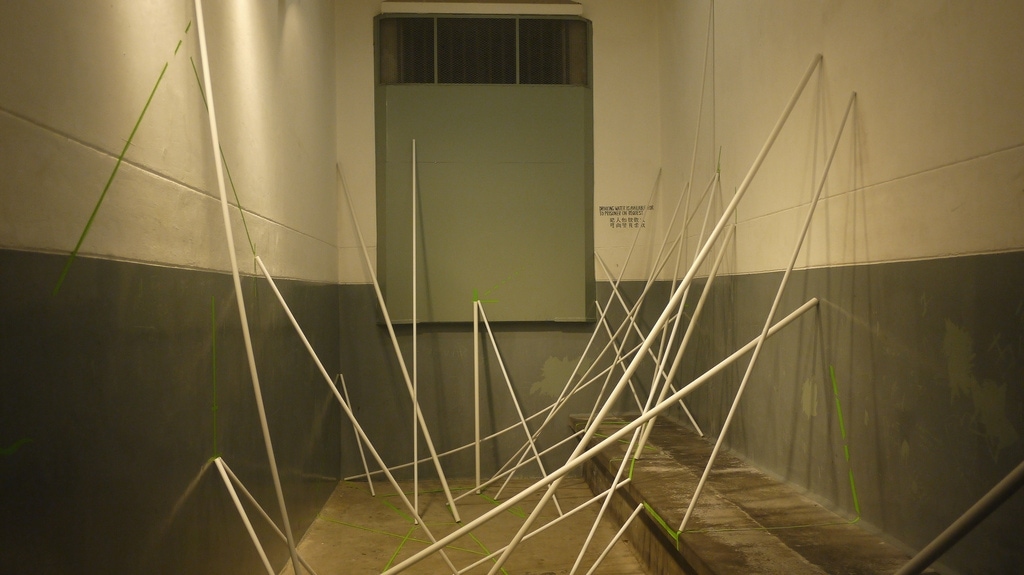 Ignoring the unfathomable ‘art’ installation, it’s not hard to imagine the prisoners locked up in here, with nothing but four concrete walls to stare at and toilet facilities which consisted of a hole in the floor. 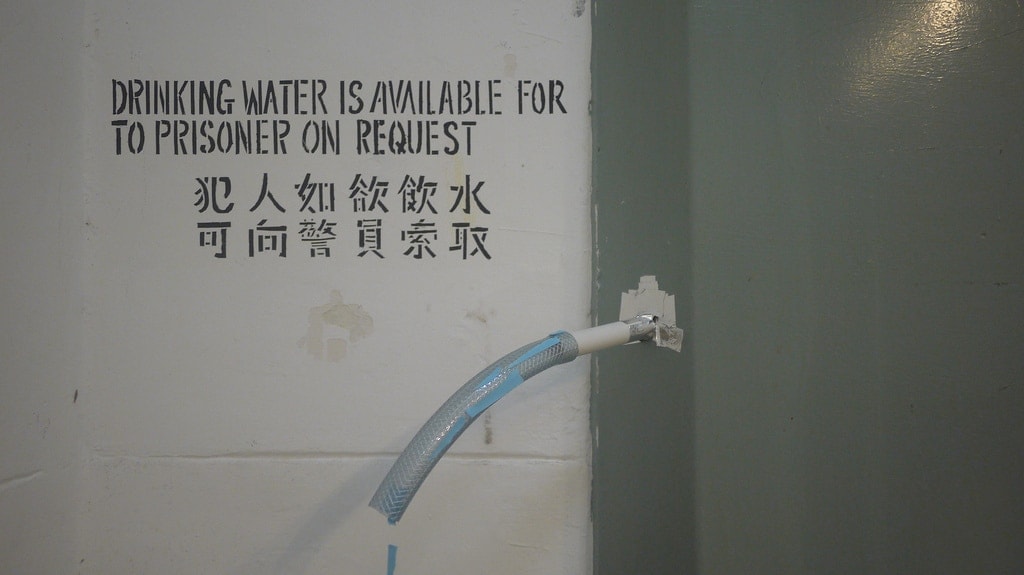 A bilingual sign reminds prisoners of their rights to drinking water. 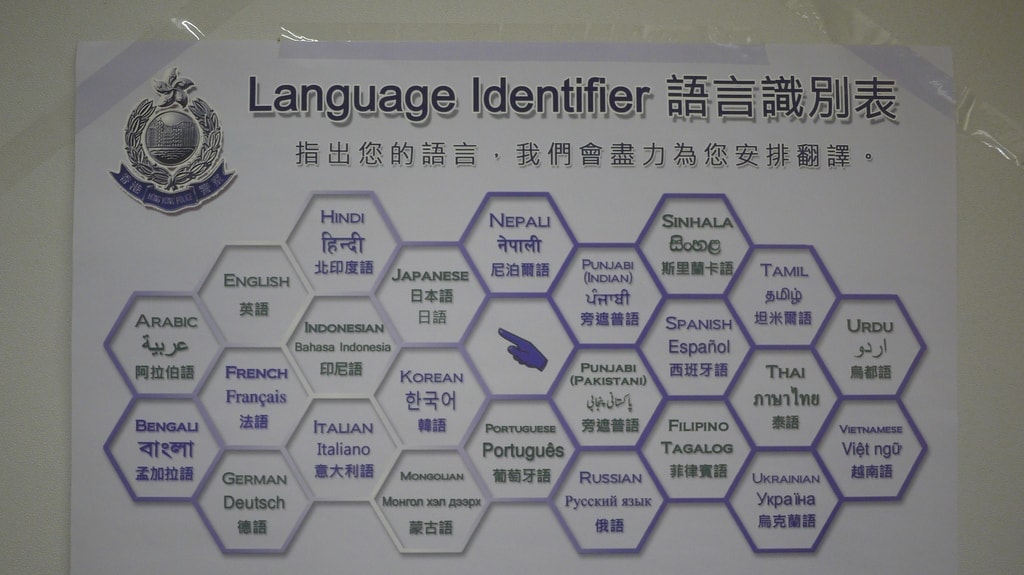 For those who couldn’t understand Cantonese or English there was a helpful chart that foreign prisoners could use to point out their language so that an interpreter could be called. 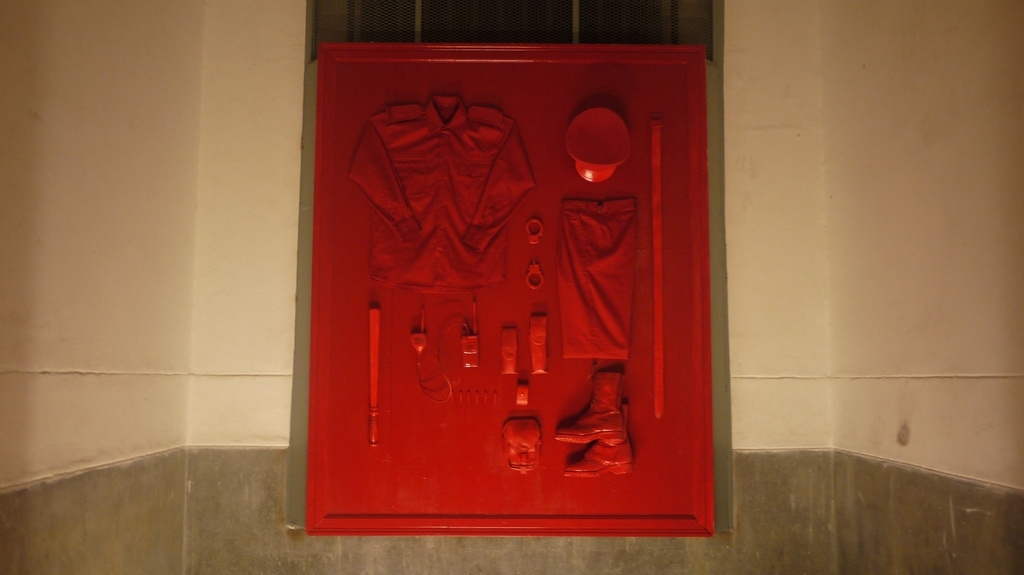 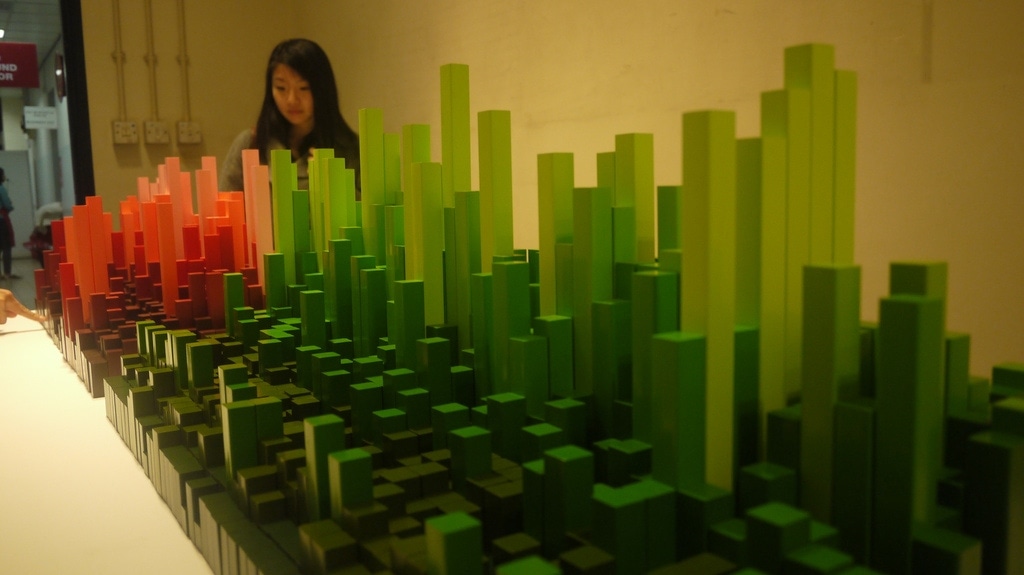 This block chart represented the recorded soundscapes of the local Wan Chai neighbourhood which is home to some of the cities richest and poorest people. 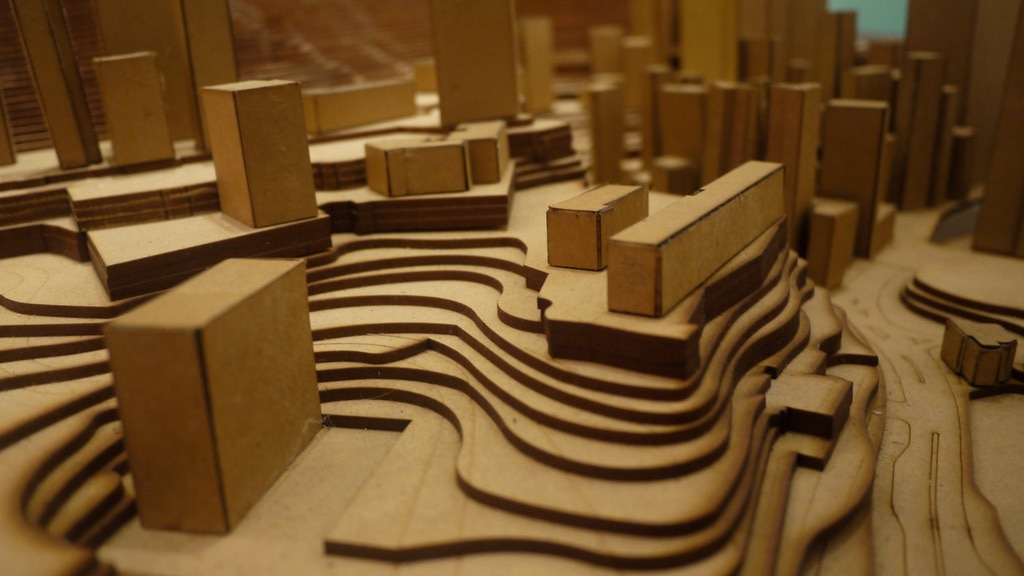 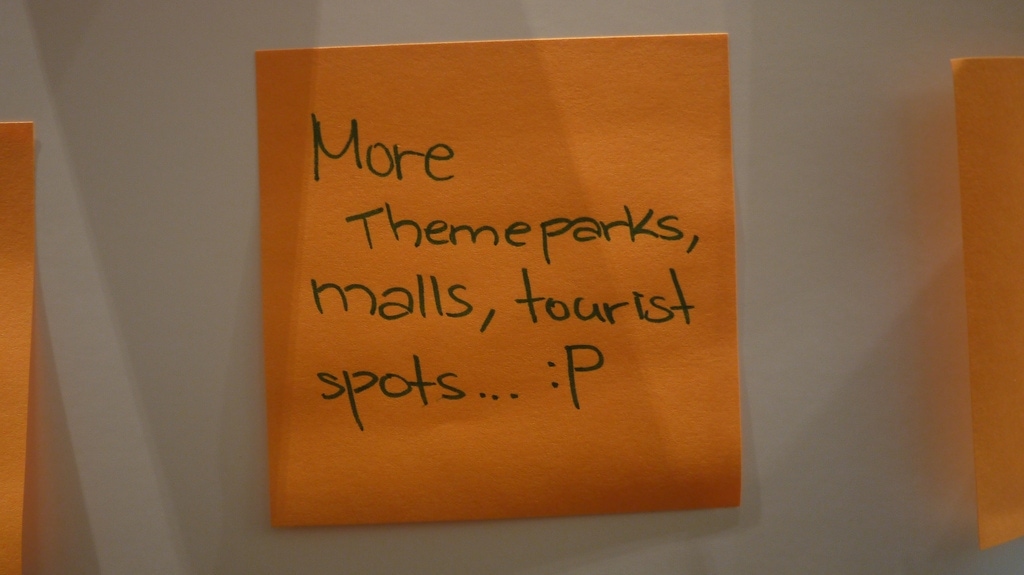 When asked the question of how Hong Kong’s urban development could be improved it’s nice to see someone had a sense of humour! 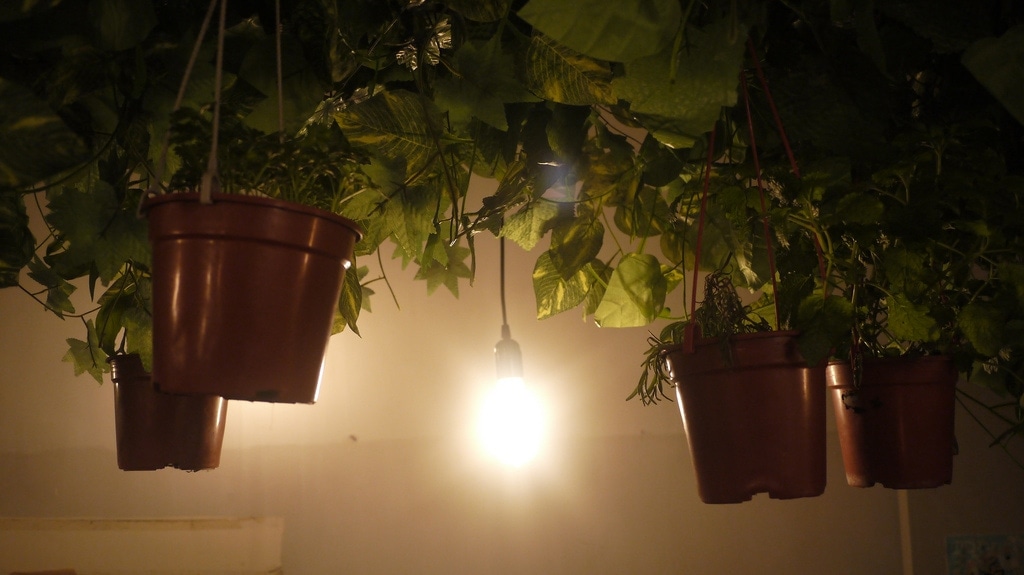 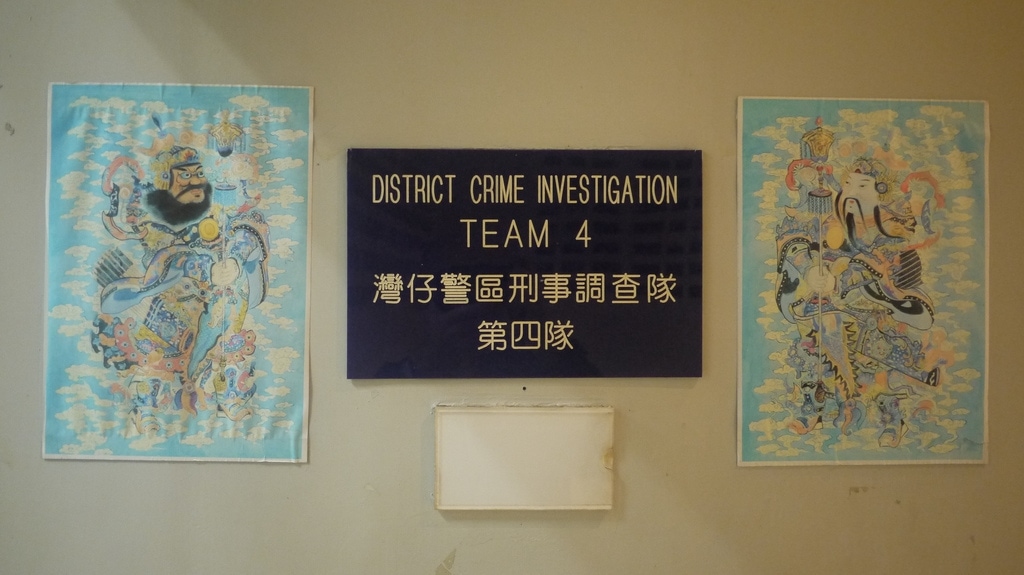 My favourite installation was a room with horn, which when blown into activated a fan to raise the Chinese national flag! 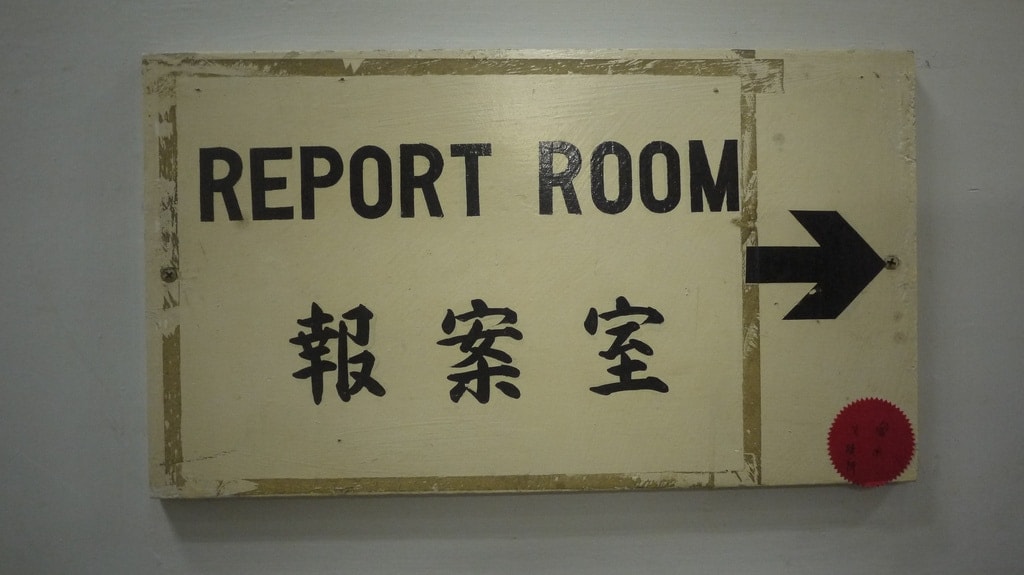 Some of the signs in the station had stickers on them which I think was an indicator that they should be preserved. 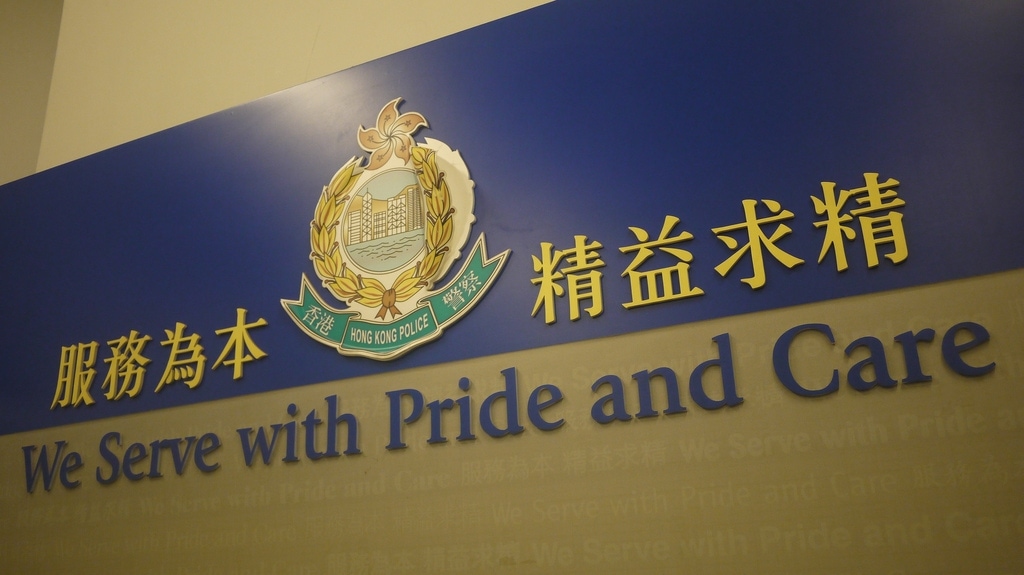 “We Serve with Pride and Care”. 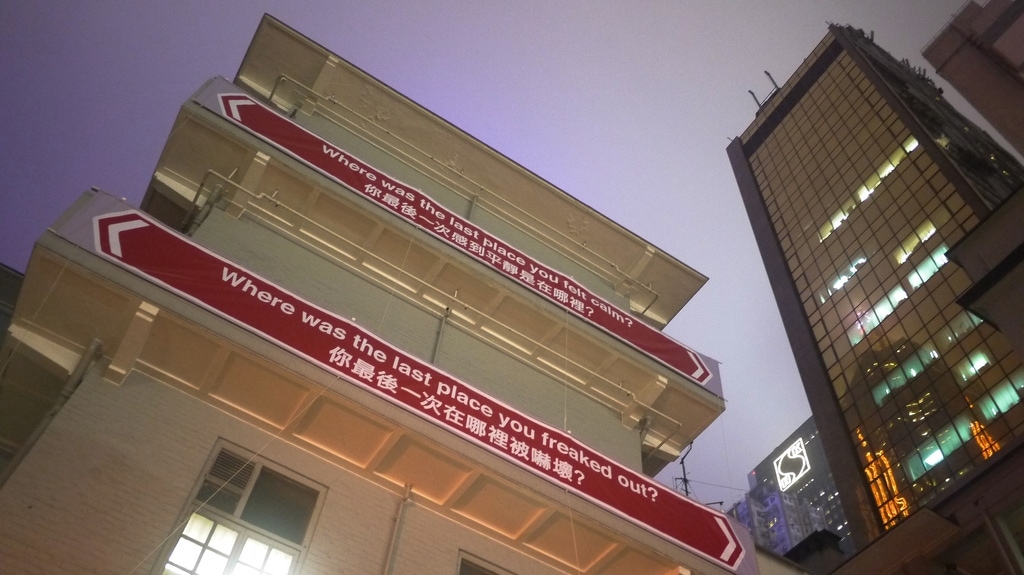 “Where was the last place you freaked out?” – probably trying to walk home through the ever-crowded streets of Mong Kok! 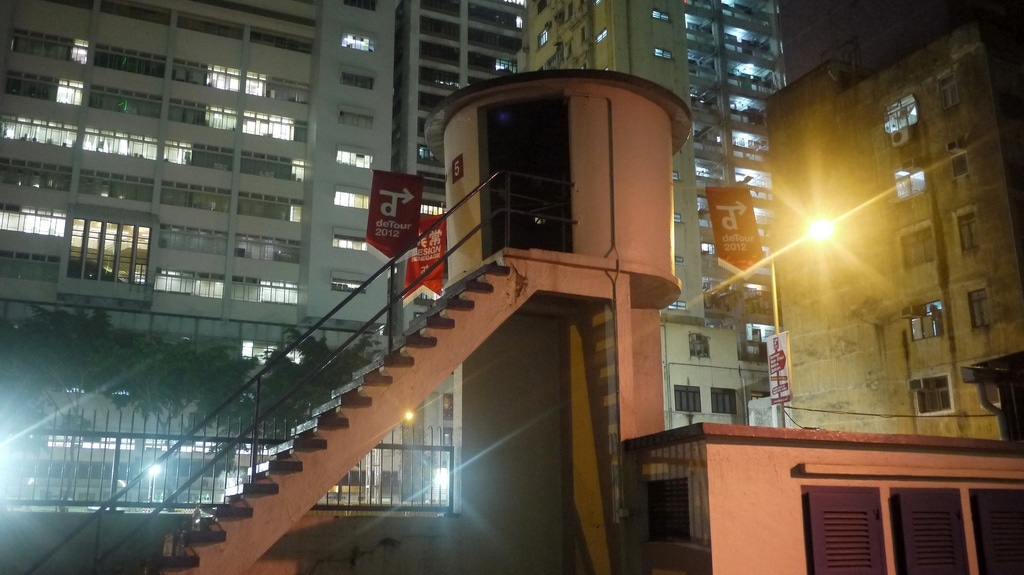 A watchtower outside the police station compound. Were they expecting invaders? 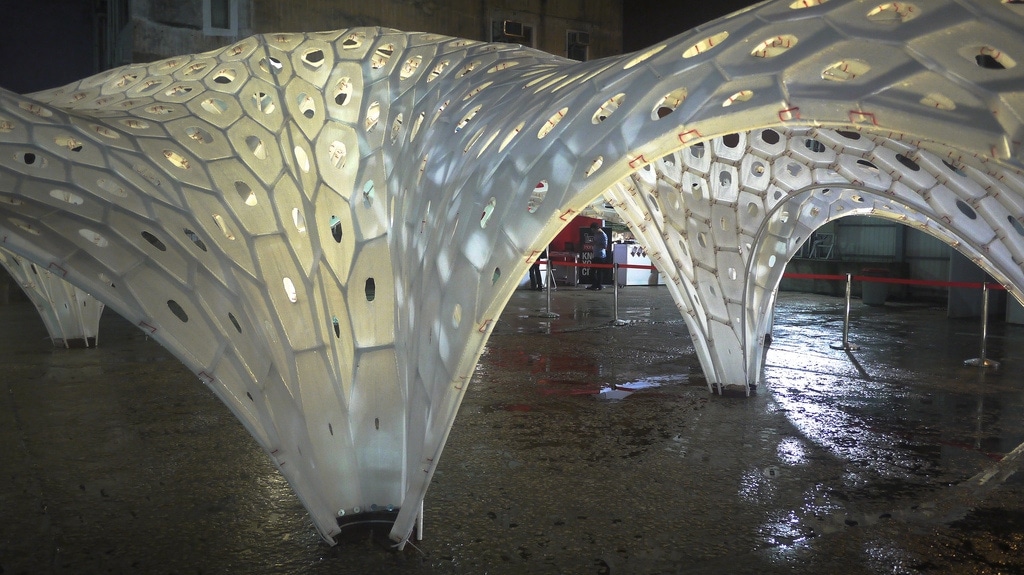 Outside there were a few weird and wonderful sculptures. 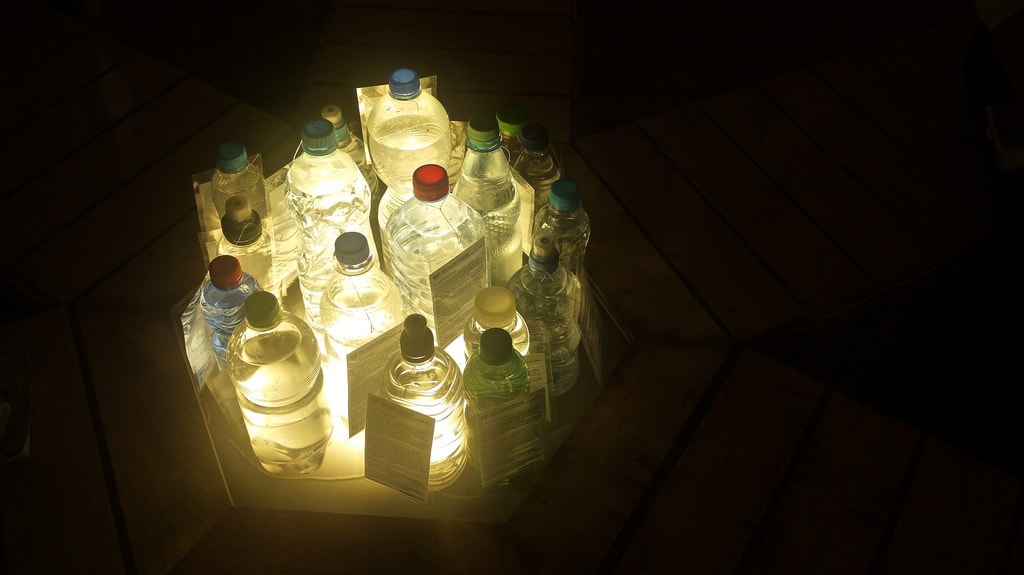 A sign next to this read “100% pure unfiltered Hong Kong Tap Water – Drink at own risk”. As with last year the building and the surrounding neighbourhood was somewhat more interesting than the exhibition but perhaps that was part of the idea.