I must aplogise again for neglecting to post as often as I’d like – events over the past half year have taken their tol on my time and energy, not leaving as much as I’d like for this. However, life goes on even if it’s coloured in a slightly different shade! I’ve now rolled-on to a new project at work doing some infrastructure and DBA work so it’s “goodbye SharePoint, hello Oracle” etc. Looks like a good opportunity to learn some new stuff but of course nothing is without a steep understanding curve! 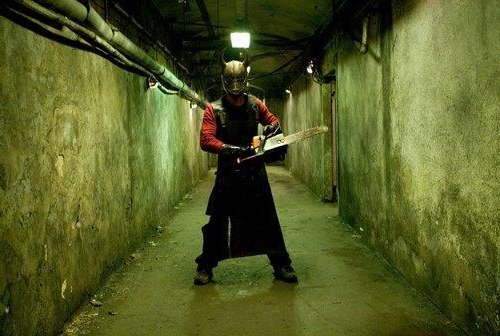 For whatever reason over the past few months there seem to have been a secession of unrelenting ‘survival horror’ films – i.e. films about people escaping from terrifying situations (mutant cannibals, Eastern Europeans and the like!). Recently I saw the ultra-violent ‘Hostel‘ which I would imagine has single-handedly killed the tourism industry of Slovakia (no pun intended!). The film depicts a backpacking holiday gone badly wrong. The events that follow push back the barriers of what has ever been shown in mainstream cinema but I’m not sure if this is a good or bad thing… do these films desensitise us to the real world? Personally no. I find I can just about watch this stuff (with my eyes half shut) as I know its all fake but when it comes to real violence of a graphic nature I really can’t stand it!!