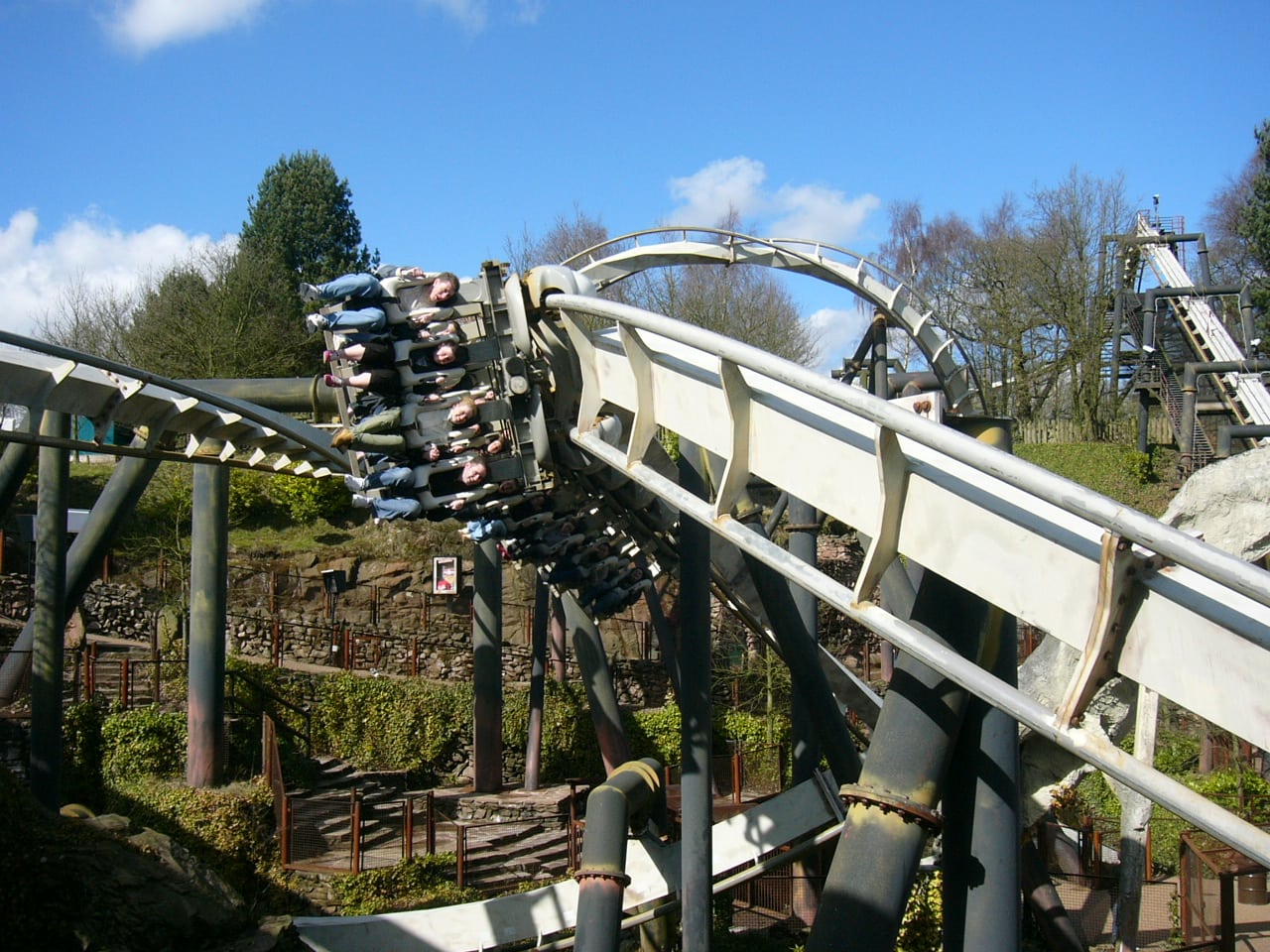 My previous project at work came to a close last week so I took this week off and on Monday went somewhere I’ve been wanting to go for a long long time – Alton Towers, arguably the best theme park in the UK. I last went about ten years ago when I was 12 and have been wanting to go again ever since – of course, its expanded a lot since then! It boasts some of the most intense rides in Europe including Nemesis, a roller coaster in which you hang below the track (see photo above), Oblivion, the world’s first vertical drop rollercoaster (don’t look down!) and, Air, where riders are suspended horizontally facing down, as though flying (another first). The newest ride, Rita, which accelerates from 0 to 100mph in three seconds uses a state-of-the-art hydraulic launch system by Intamin AG is also awesome – but none you’d want to ride straight after lunch!

I’ve posted a few more photos on my Flickr stream.