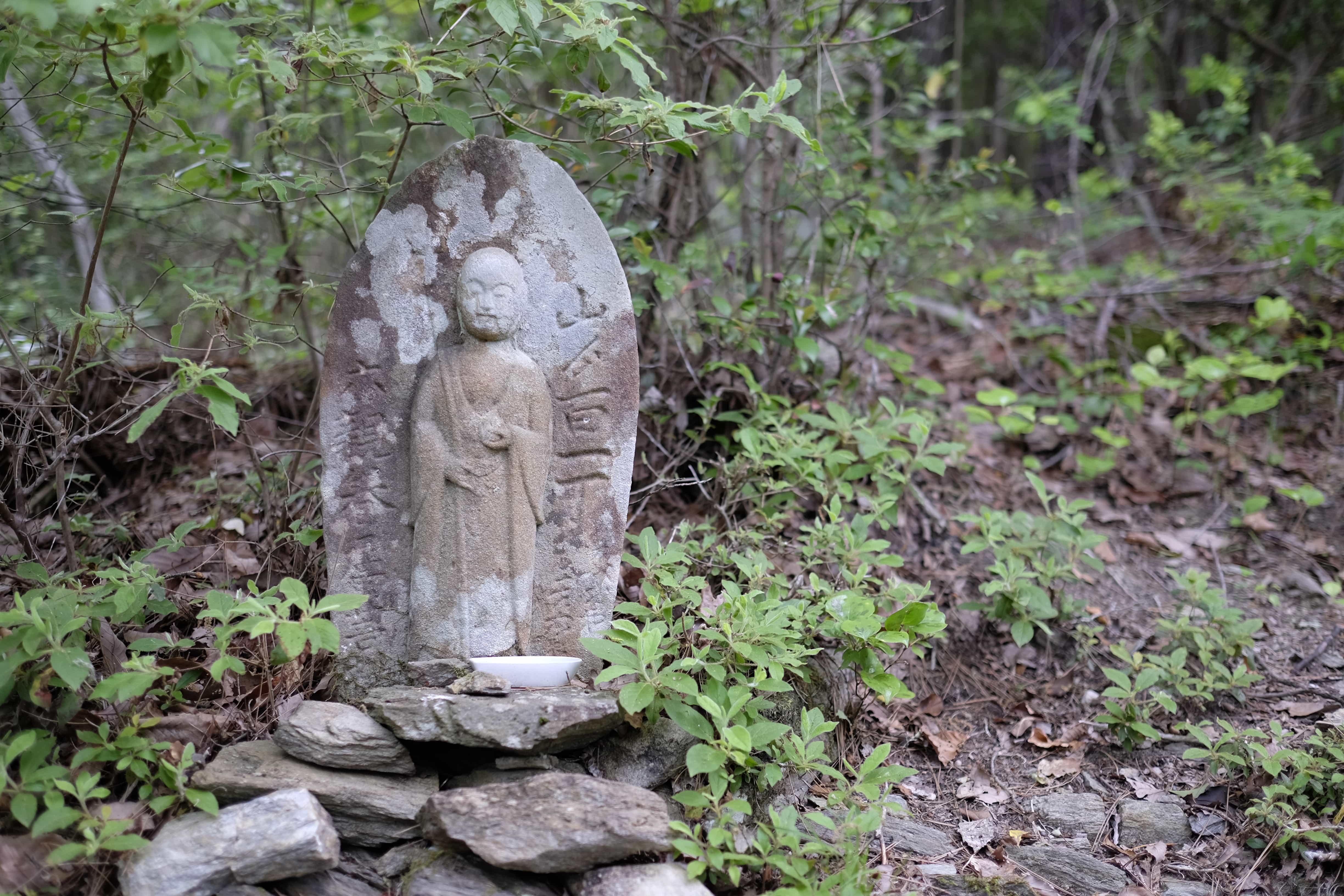 The elevation chart for the climb looks like a four-humped camel such are the number of peaks and troughs to be traversed. The highest peak is around 750m. There had been a strong gale the previous night and dark clouds hung ominously in the sky as we retraced our steps back to Fujii-dera at around 7.30am. The path into the mountain begins to one side of the temple and immediately begins to ascend steeply upwards. 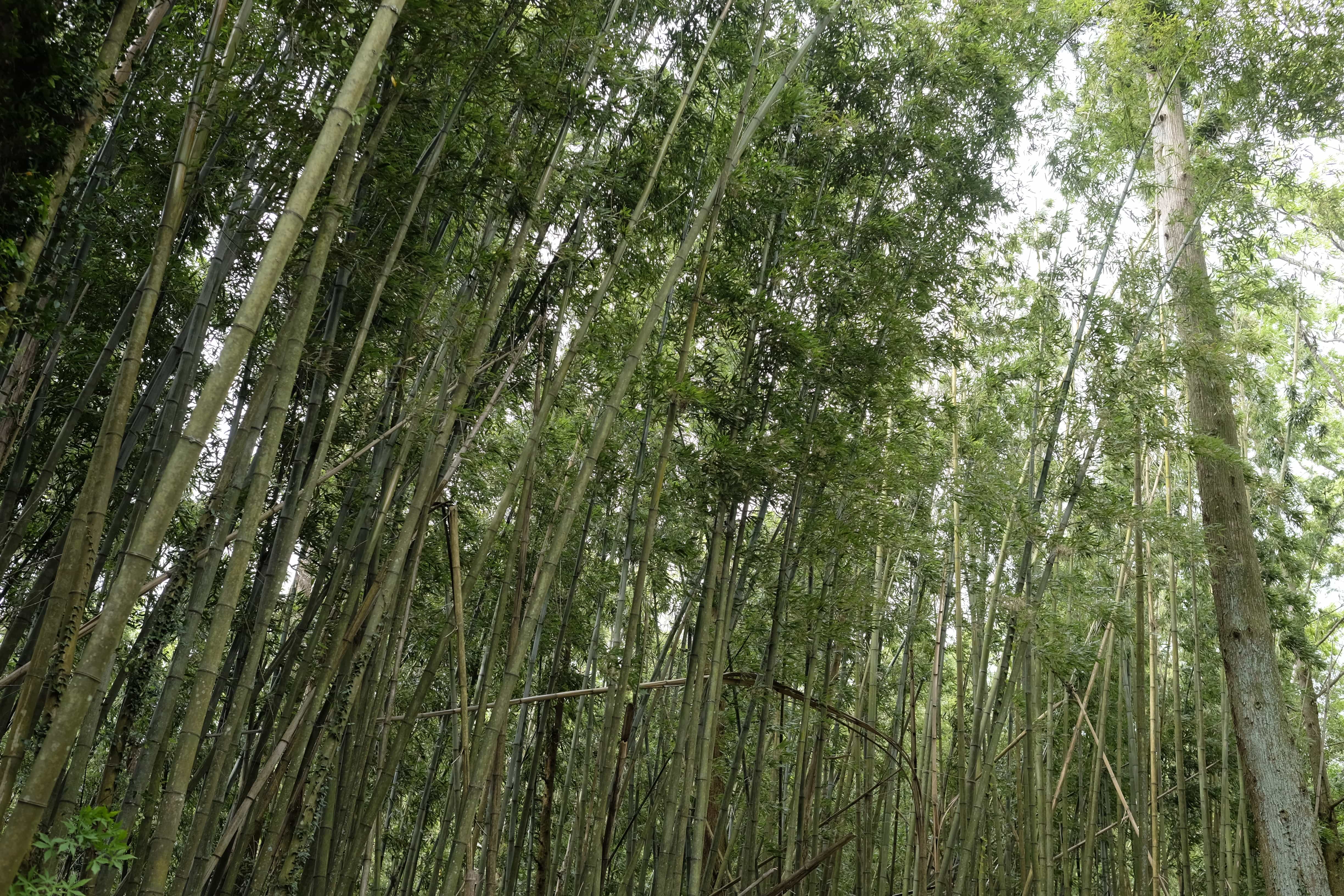 All around us the trees seemed to be howling as they bowed and made contact in the wind. A few times I heard loud cracks and was worried one of them might fall down on us. 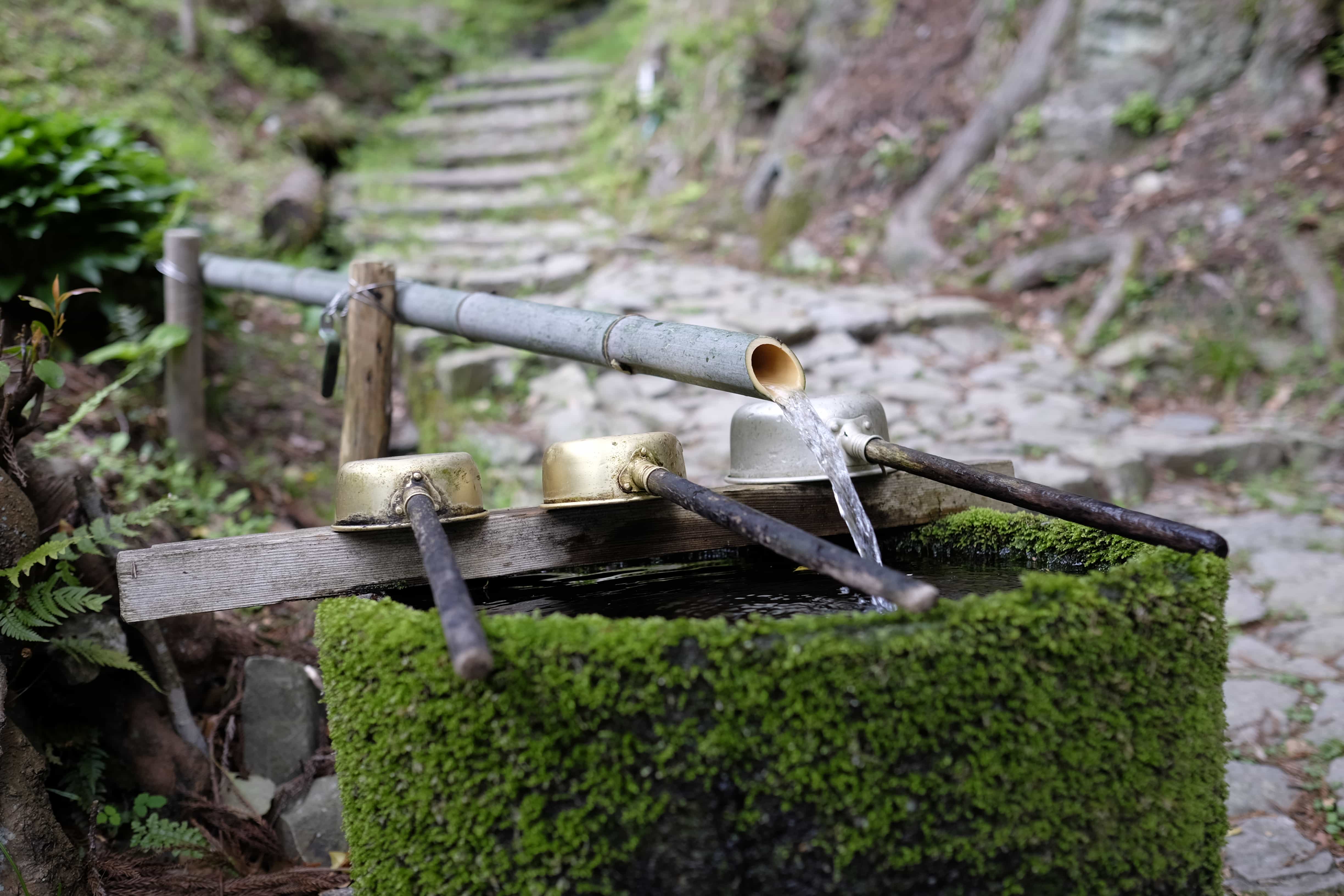 Before Shōsan-ji there are three smaller unattended temples which provide the perfect place to stop and rest (Chodo-an, Ryusui-an, and Joren-an). At the second, a kind gentleman had set up a small table and was serving free coffee to all passing henro. 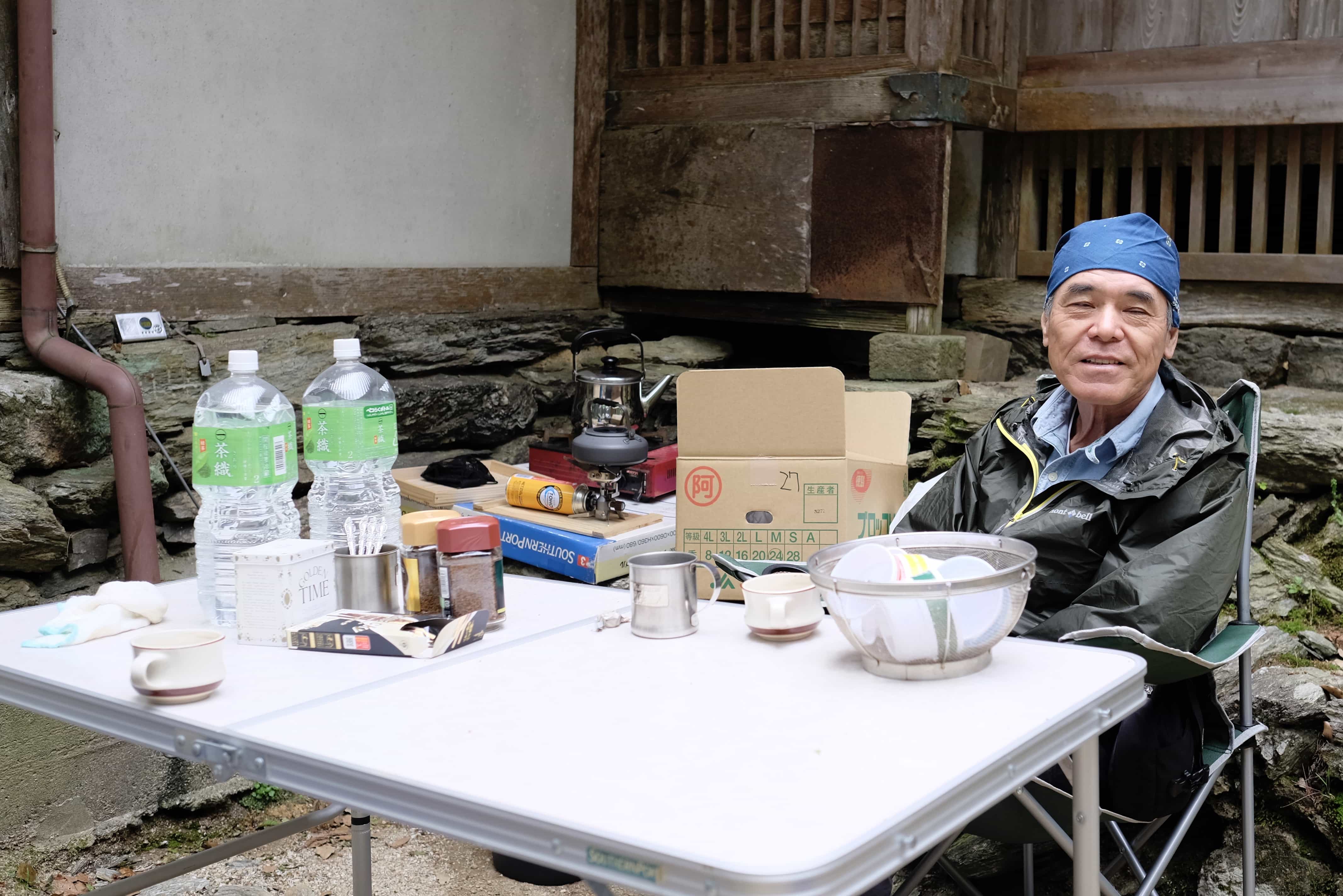 We stopped for 10 minutes and chatted in what broken Japanese we could muster. Perhaps unsurprisingly all this small talk is forcing me to improve!

Just below Ryusui-an was a marvellous looking henro hut that would be perfect for anyone wanting to break the pass through the mountain with an overnight camp. 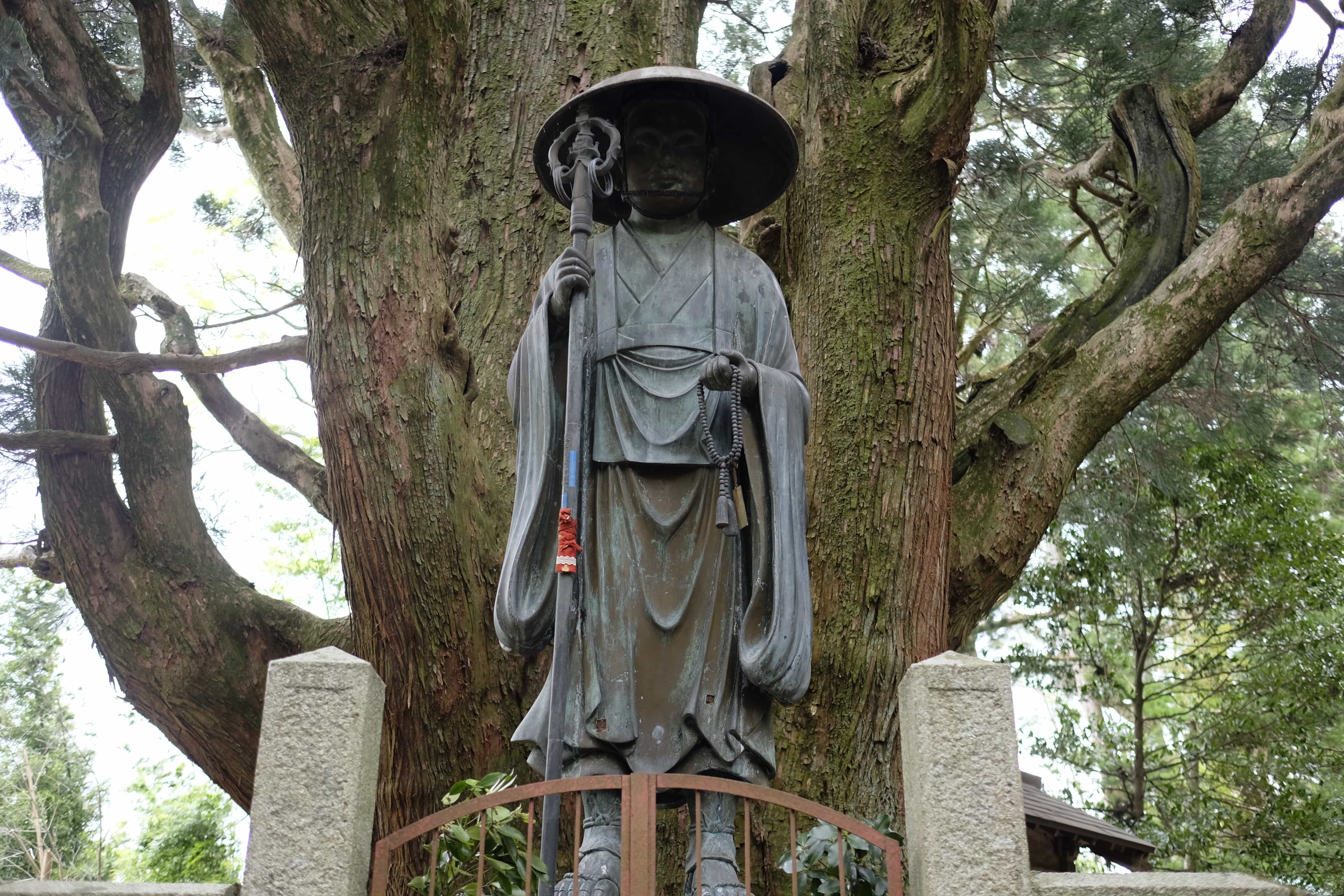 A bronze statue of Kōbō-Daishi stands beneath a giant tree at Joren-an but the rest of the temple complex seemed abandoned and falling apart. 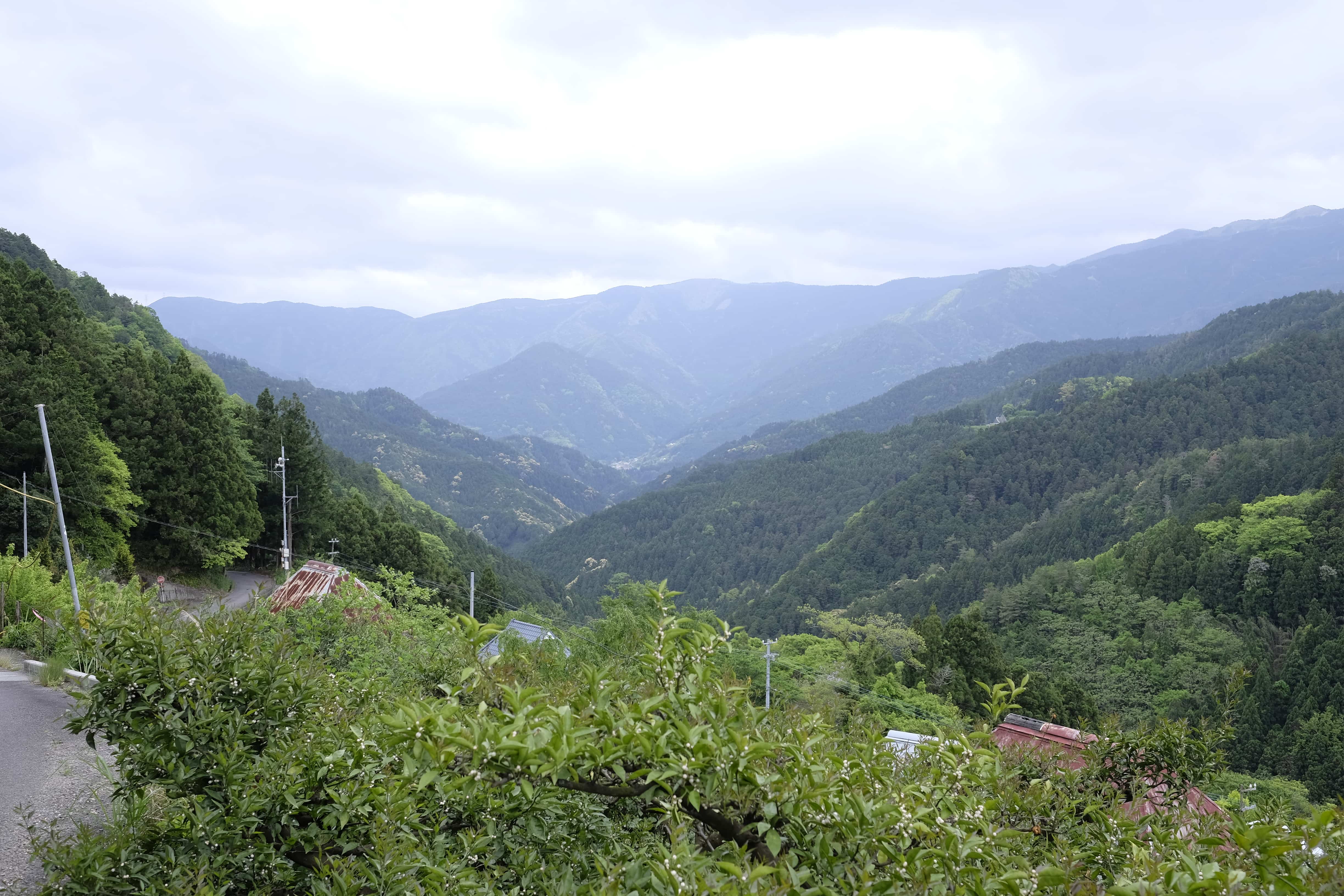 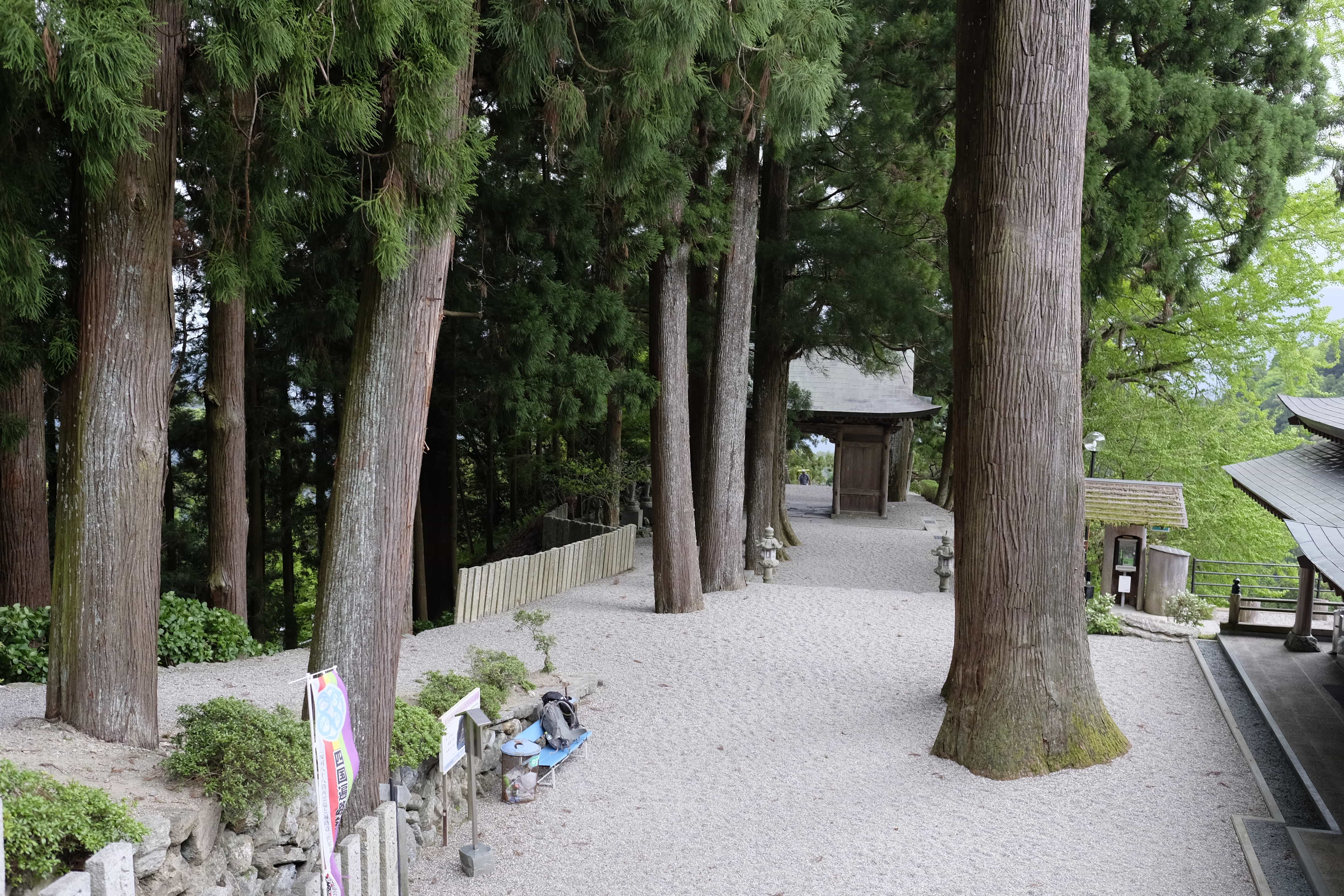 After dipping down into a luscious valley and then making the final steep ascent we arrived at Shōsan-ji just before 1.30pm. Set among enormous cedar trees it’s one of the most beautiful temples we’ve seen so far and well worth the climb. 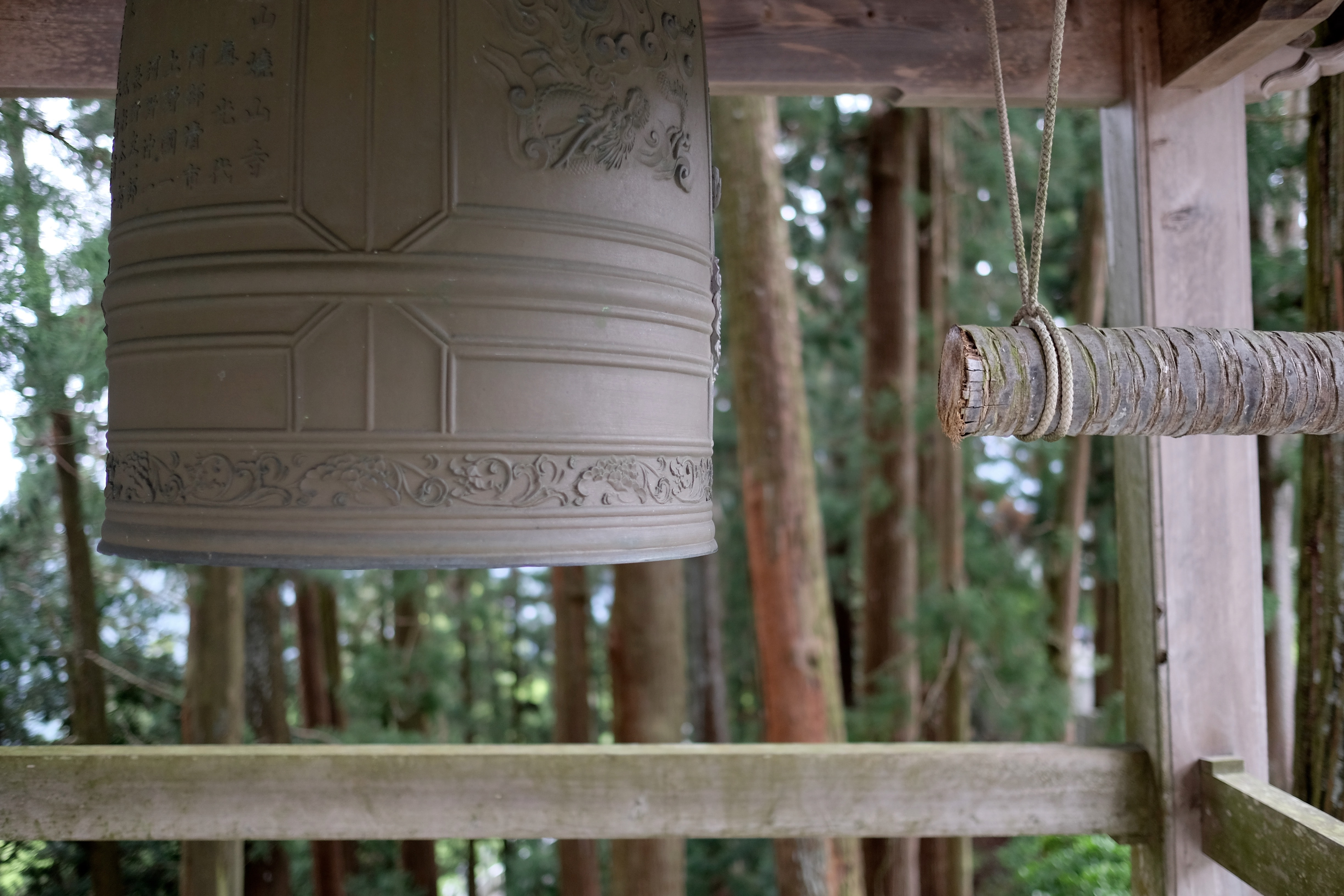 Around 2pm we began the decent back down and it started to rain. As we trudged along the road, an Indian guy who we’d met the previous evening at Kamo no yu stopped on his bicycle to say he’d dropped a special bell from Mt. Fuji on the road somewhere and would we look out for it. As luck would happen, about 15 minutes later I spotted it by the side of the road and gave him a call so he could come pick it up. 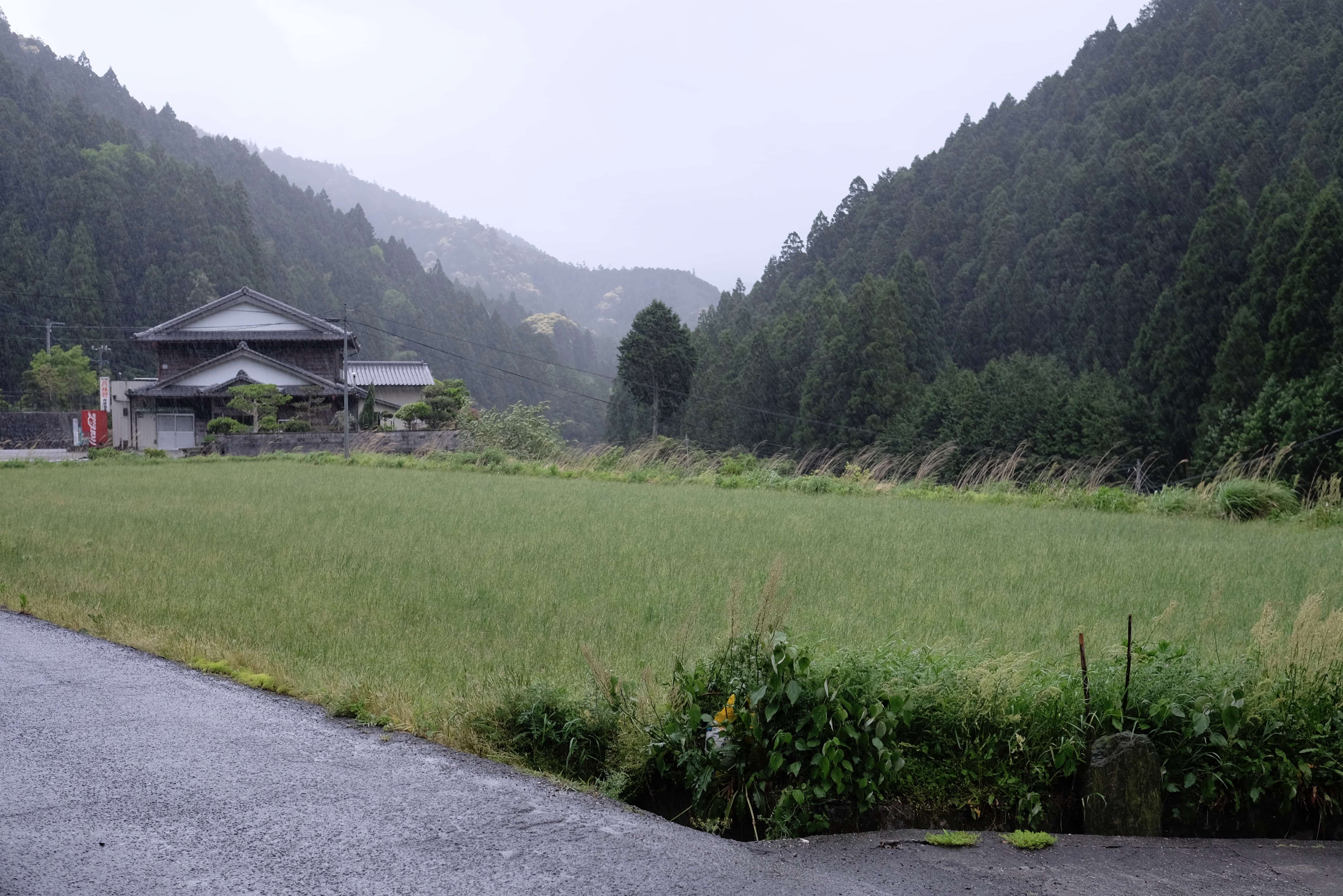 Shortly afterwards we reached our lodging for the night at Sudachi-kan which is run by an eccentric old couple who seemed in high spirits despite the torrential rain. They provided a lift down to the nearest onsen which was just the ticket after a long day of hiking.

The day ended with another delicious home-cooked meal served with grapefruit juice which they make and sell themselves. Fingers crossed that the rain lets up by morning.