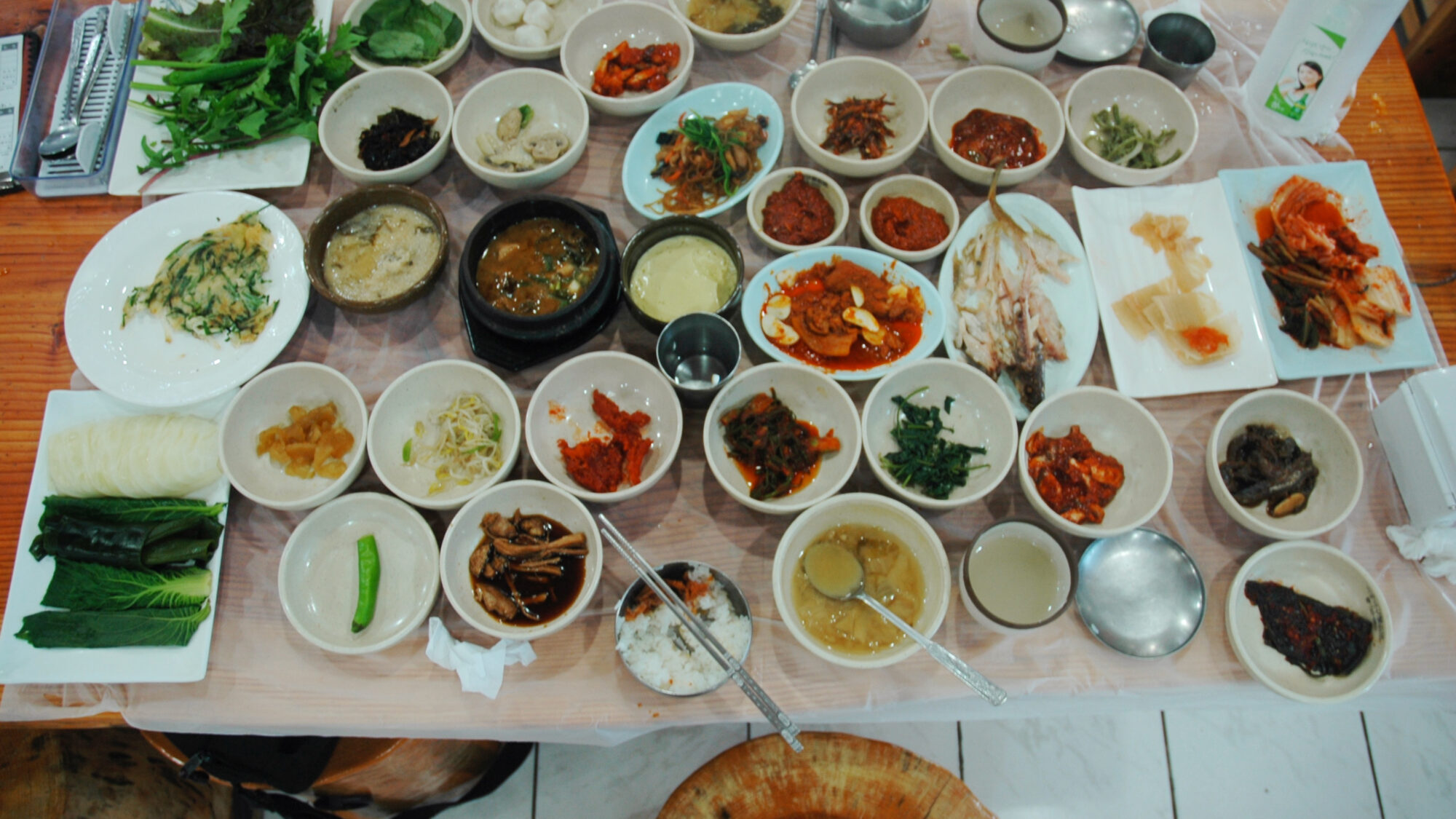 After arriving at the guest house and having a fairly substantial lunch, consisting of about every different type of preserved vegetable you can imagine (very spicy), I headed out into the drizzling rain to see what Gyeongju had to offer. Turns out quite a lot…!

Anapji Pond – built in the 14th year of King Munmu’s reign (AD 661~681) in the Silla period (57 BC ~ AD 935), a large pond was dug with three small islands contained within and a number of pavilions. Curiously, despite many investigations, the source of the water which fills the pond has never been found (so I’ve been told).

Cheomseongdae Astronomical Observatory – “one of the oldest surviving observatories in East Asia, and one of the oldest scientific installations on Earth. It dates to the 7th century to the time of the kingdom of Silla, which had its capital in Gyeongju.” Not a great deal to see but nevertheless interesting.

Royal Tombs – dotted around Gyeongju are many burial mounds of different sizes (some are huge). They were built to house various rulers and excavations have uncovered hordes of lavish treasures. Constructed of wood, sealed with clay, and covered with mounds of stone and earth, the tombs have preserved their contents well.

All of the above were within walking distance of each other so make for a nice afternoon wander (minus the rain anyway). Something you will find at most of the historic monuments in Korea (and some in China) is a plaque describing how it was destroyed by the Japanese invasion and then restored so in fact most of the buildings are not the originals (but still pretty old).