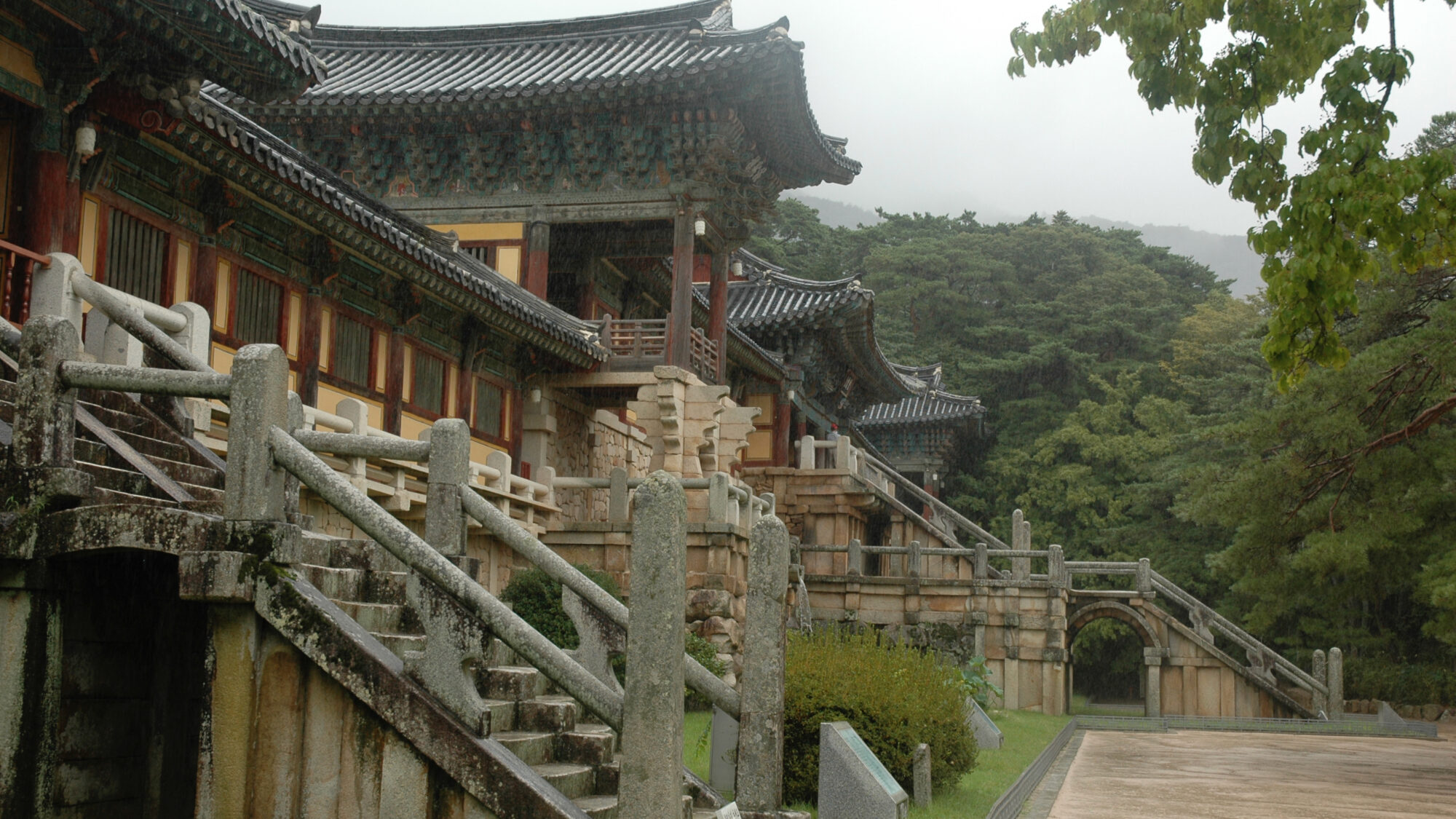 On a torrentially wet Wednesday morning, I headed for Bulguksa Temple in Gyeongju. “It is home to seven National treasures of South Korea, including Dabotap and Seokgatap stone pagodas, Cheongun-gyo (Blue Cloud Bridge), and two gilt-bronze statues of Buddha. The temple is classified as Historic and Scenic Site No. 1 by the South Korean government. In 1995, Bulguksa was added to the UNESCO World Heritage List together with the Seokguram Grotto [that I visited in the afternoon], which lies four kilometres to the east. The temple is considered as a masterpiece of the golden age of Buddhist art in the Silla kingdom.”

One thing which immediately catches the eye is the swastika-looking insignia all over the buildings. These of course have nothing to do with the Nazi’s who stole and adapted the symbol from Hindu/Buddhist traditions. Swastikas can be seen on Dharmic based religious buildings across Korea – the symbol does not hold the same taboo that it does in the west.

The stone pagodas are of particular historical importance (part of one of them resides in the British Museum!!) and reflect a story in the Lotus sutra. The left hand one (in the photo) is depicted on the obverse of the 10 won coin.

I’ve always thought that there is something very beautiful about these sorts of temples in the rain. More photos here.