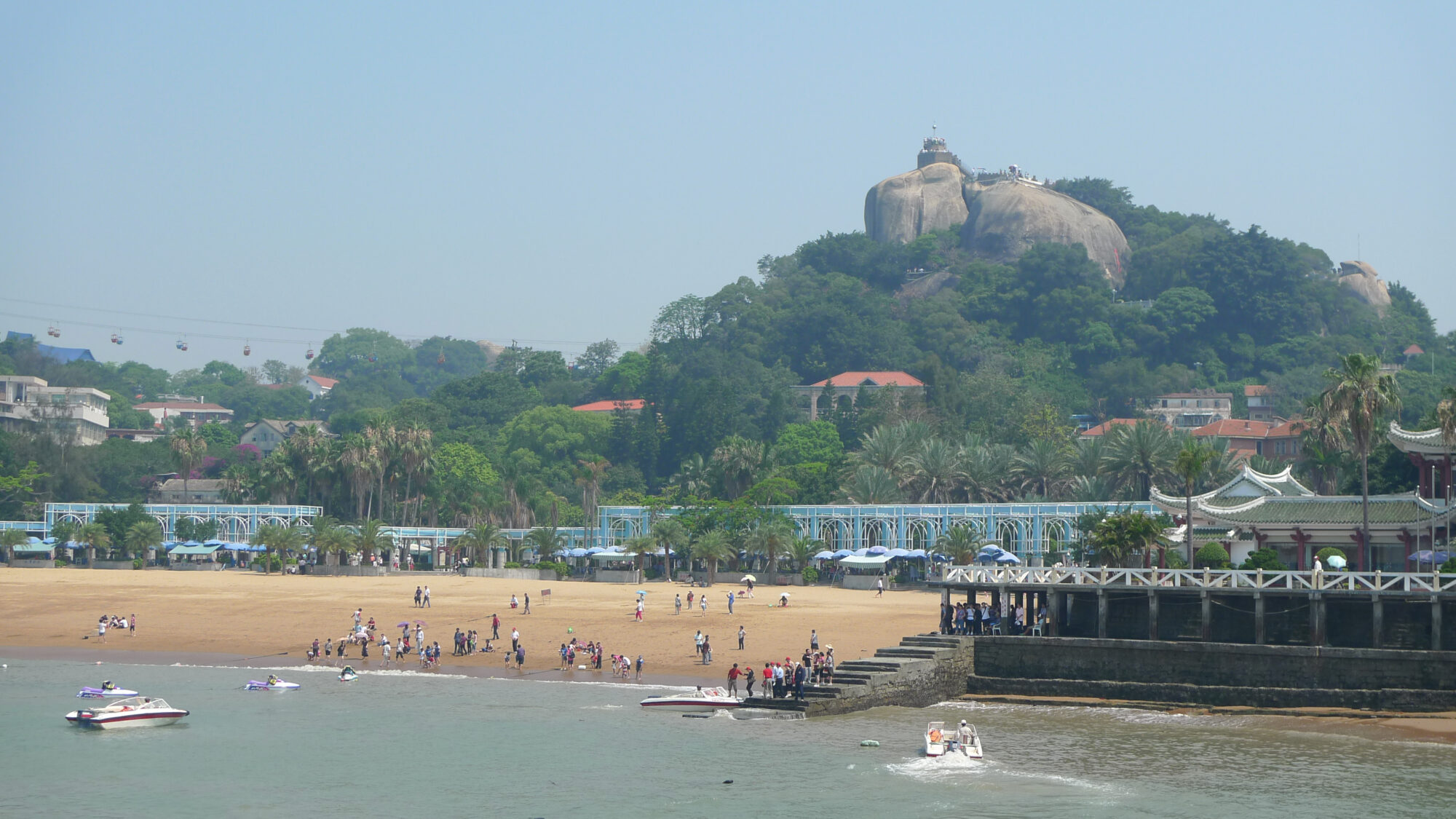 I spent the latter part of my Xiamen trip on the small island of Gulangyu, just 5 minutes away from the mainland by ferry. As a place of residence for Westerners during Xiamen’s colonial past, Gulangyu is famous for its European architecture and today is a popular holiday destination, although not strictly on the main tourist map. The focal point of the island is Sunlight Rock (above) which can be ascended by way of a rather more modern concrete staircase providing a wonderful panorama of the whole island (below).

The island itself covers an area of 1.78 sq km and is home to around only 15,000 permanent residents. The streets are pedestrianised making it a nice place to get away from some of the hustle and bustle of everyday China and luckily it’s not been totally overdeveloped (yet). Once you’ve left the main ferry terminus it’s easy to find yourself alone and free to explore. If you’re lucky you might even hear the sound of piano playing as the island has more pianos per capita than anywhere else in the world (there is even a piano and organ museum)!

Below Sunlight Rock can be found a small temple with picturesque views out over the adjacent rooftops leading to the sea which on a nice day is perfect for a quick paddle. Further down can be found Shuzhuang Garden which was originally conceived by a Taiwanese businessman as a private villa but opened to the public in 1955. It contains many elements of traditional Chinese design which exhibit the art of hiding, combining, and borrowing from one’s surroundings.

Alas, many of the Victorian style mansions are now in a state of considerable disrepair and are badly in need of restoration. Some have been turned into nice hotels and restaurants but you can’t help but feel that time is running out for many of the remnants of the colonial occupation. If buildings could talk I bet the one above would have some interesting tales to tell and you can understand why there are more than a few ghost stories floating around!

One area where the island disappoints is in its food. Unless you like seafood then there really is little on offer in the way of cuisine and what there is is mediocre at best. During my time there I mostly snacked on street BBQ and ice cream which was fine, if a little insubstantial. Accommodation wise there are plenty of cheap hotels to stay in, most of which are clean and comfortable, if a bit basic. I stayed here a little over one day but would recommend at least two to explore everything fully.