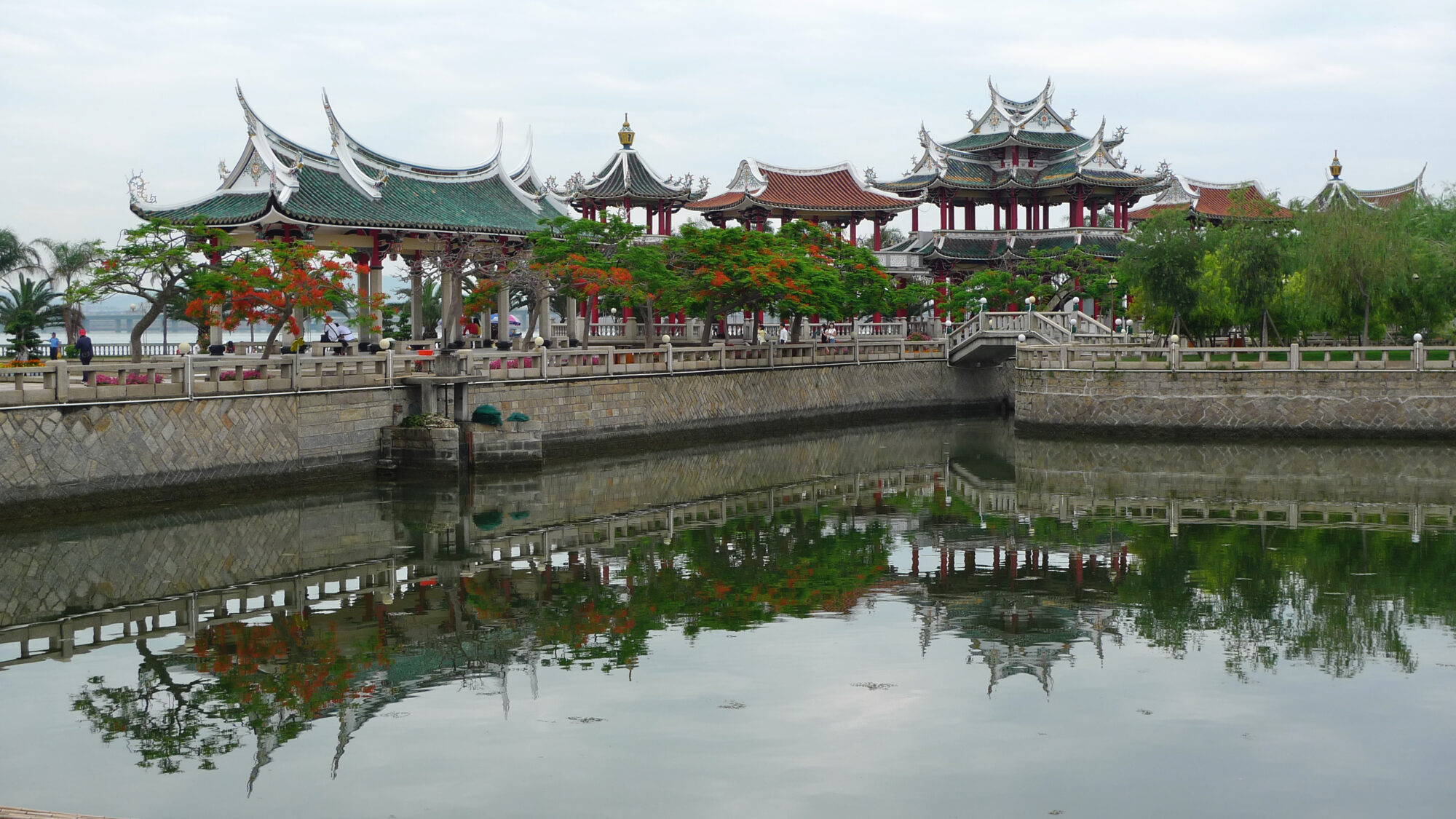 Last week China celebrated the annual Dragon Boat Festival with most people getting a few days off work for the national holiday. I took the opportunity to travel to the coastal city of Xiamen, Fujian province, a 1-hour flight from Shenzhen (vs 8 hours by bus). Leaving last Thursday morning and coming back Saturday afternoon I had a little more than two days to explore the area.

Xiamen has a rich history as a seaport that has seen revolution, Japanese invasion, European colonialism, high-profile corruption and was one of the first Special Economic Zones set up in 1980. It’s comprised of Xiamen Island, Gulangyu Island (the main attraction), and a larger region on the mainland. Being opposite to Taiwan also makes it an area of strategic military importance in evidence by the rather large guns pointing in the same direction.

After a very stormy preceding week, we were lucky enough to be greeted by blue skies and warm weather. Initial impressions were of a clean city with a large variety of architectural styles (due mainly to British colonial influence) giving a distinctly un-Chinese feel to the surroundings. During the festival, many restaurants were serving traditional glutinous rice dumplings called Zongzi wrapped in bamboo leaves which made for some tasty little treats.

Our first stop was the Turtle Garden in the Jimei district. Given the name, I was expecting some massive spawn of turtles lurking in murky pools but in reality, there were none. Conceived in 1950 by famous businessman and philanthropist Mr Tan Kah Kee the garden contains a memorial to the anti-Japanese war and liberation of Jimei with an inscription by Mao Zedong and various sculptures depicting key events.

Getting around the city is easily afforded by a good bus network and cheap taxis. For those on an even tighter budget you might want to try one of these hybrid half-rickshaw, half-motorbike contraptions although be warned that going around a corner at speed in one may well be the last thing you ever do! More from Xiamen soon.