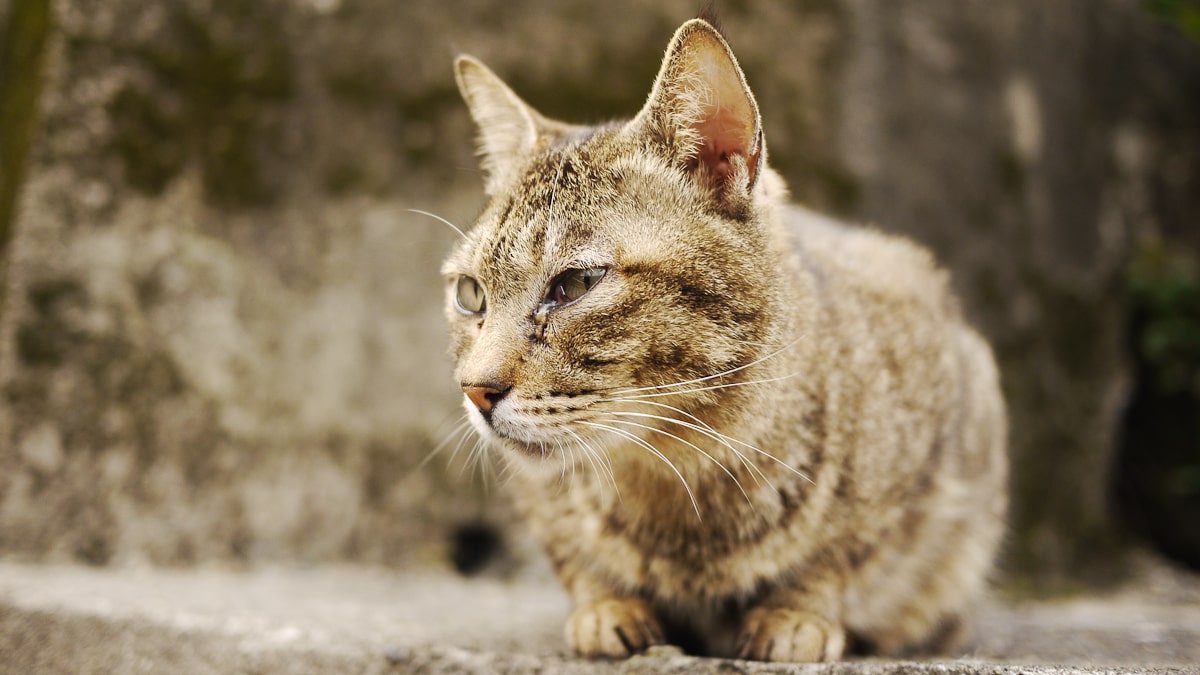 Book reviews are not usually my thing, but having recently finished Haruki Murakami’s epic three-volume novel, 1Q84, events conspired which were a little too coincidental to pass over. For those unfamiliar with Murakami’s work, he is one of Japan’s most famous authors whose work is humorous and surreal, often focusing on themes of alienation and loneliness. Many of his novels focus on the mundane lives of ordinary people who are suddenly catapulted into deranged circumstances.

Within the book one of the main characters, Tengo (天吾), reads a short story titled ‘Town of Cats’ while on the train to visit his ageing father who lives in a sanatorium. While the tale takes on a larger meaning within the context of Tengo’s estranged relationship with his father, it’s just as fantastical on its own and even more so when I found myself inside the story on recent train journey through New Taipei (新北)…

by Haruki Murakami (excerpt published by The New Yorker) 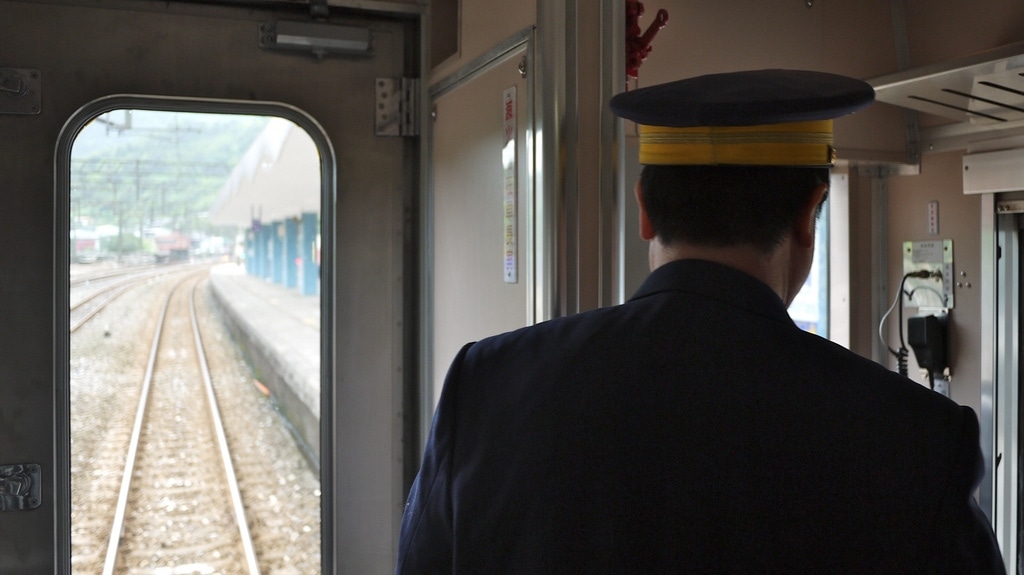 When the train left Tokyo Station, Tengo took out the paperback that he had brought along. It was an anthology of short stories on the theme of travel and it included a tale called “Town of Cats,” a fantastical piece by a German writer with whom Tengo was not familiar. According to the book’s foreword, the story had been written in the period between the two World Wars. 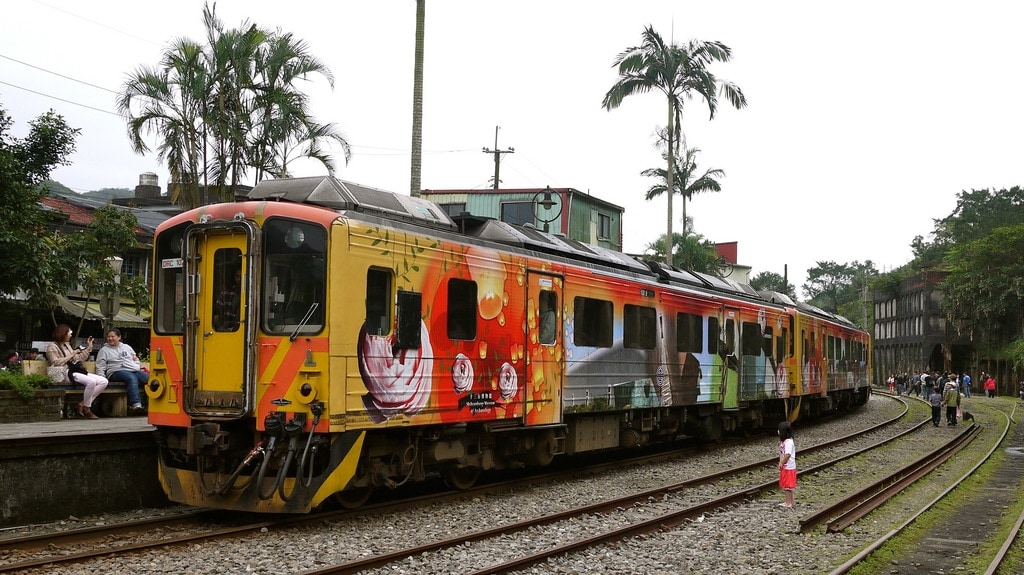 In the story, a young man is travelling alone with no particular destination in mind. He rides the train and gets off at any stop that arouses his interest. He takes a room, sees the sights, and stays for as long as he likes. When he has had enough, he boards another train. He spends every vacation this way. 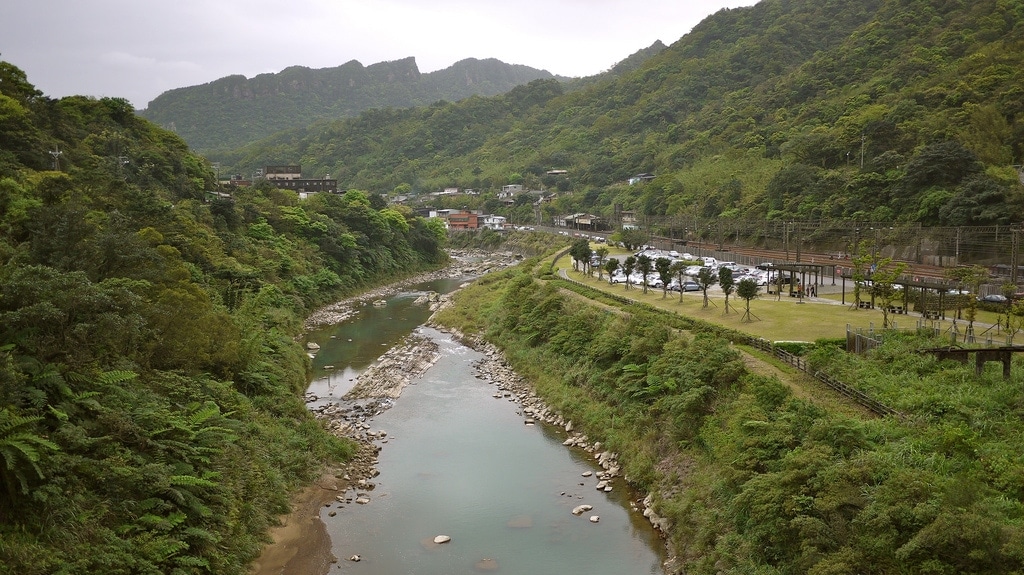 One day, he sees a lovely river from the train window. Gentle green hills line the meandering stream, and below them lies a pretty little town with an old stone bridge. The train stops at the town’s station, and the young man steps down with his bag. No one else gets off, and, as soon as he alights, the train departs. 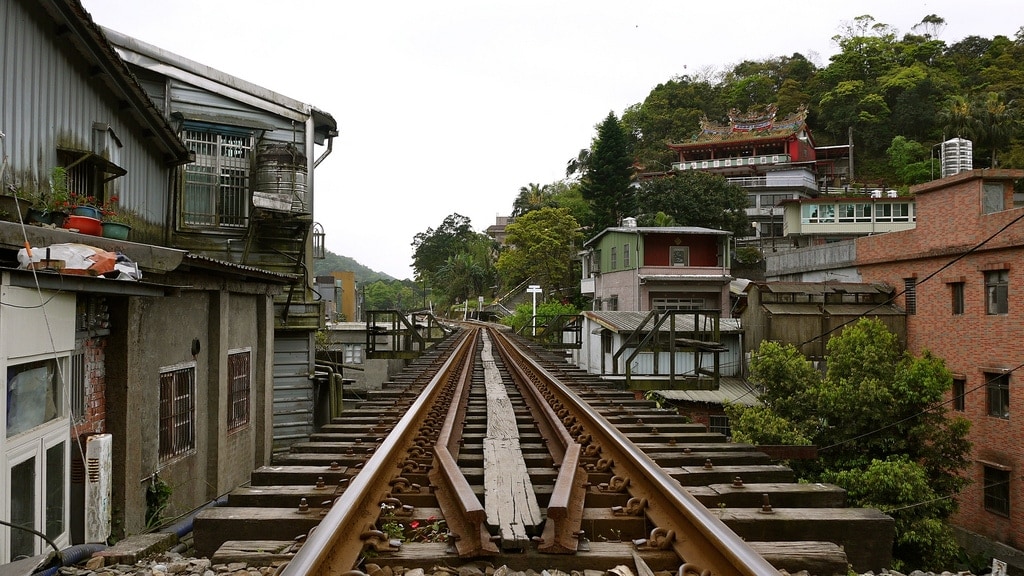 No workers man the station, which must see very little activity. The young man crosses the bridge and walks into the town. All the shops are shuttered, the town hall deserted. No one occupies the desk at the town’s only hotel. The place seems totally uninhabited. Perhaps all the people are off napping somewhere. But it is only ten-thirty in the morning, far too early for that. Perhaps something has caused all the people to abandon the town. In any case, the next train will not come until the following morning, so he has no choice but to spend the night here. He wanders around the town to kill time. 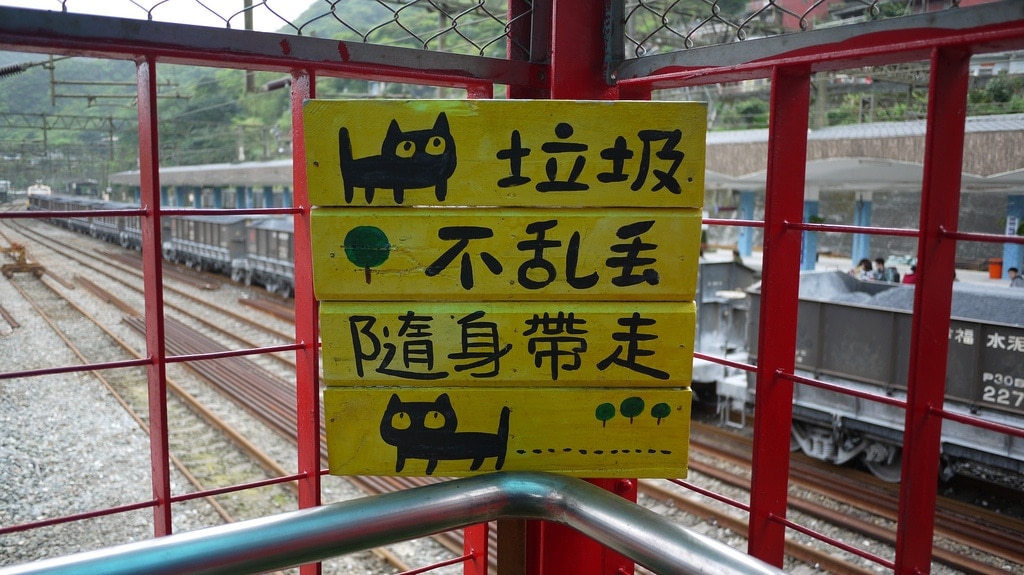 In fact, this is a town of cats. When the sun starts to go down, many cats come trooping across the bridge—cats of all different kinds and colors. They are much larger than ordinary cats, but they are still cats. The young man is shocked by this sight. He rushes into the bell tower in the center of town and climbs to the top to hide. The cats go about their business, raising the shop shutters or seating themselves at their desks to start their day’s work. Soon, more cats come, crossing the bridge into town like the others. They enter the shops to buy things or go to the town hall to handle administrative matters or eat a meal at the hotel restaurant or drink beer at the tavern and sing lively cat songs. Because cats can see in the dark, they need almost no lights, but that particular night the glow of the full moon floods the town, enabling the young man to see every detail from his perch in the bell tower. When dawn approaches, the cats finish their work, close up the shops, and swarm back across the bridge. 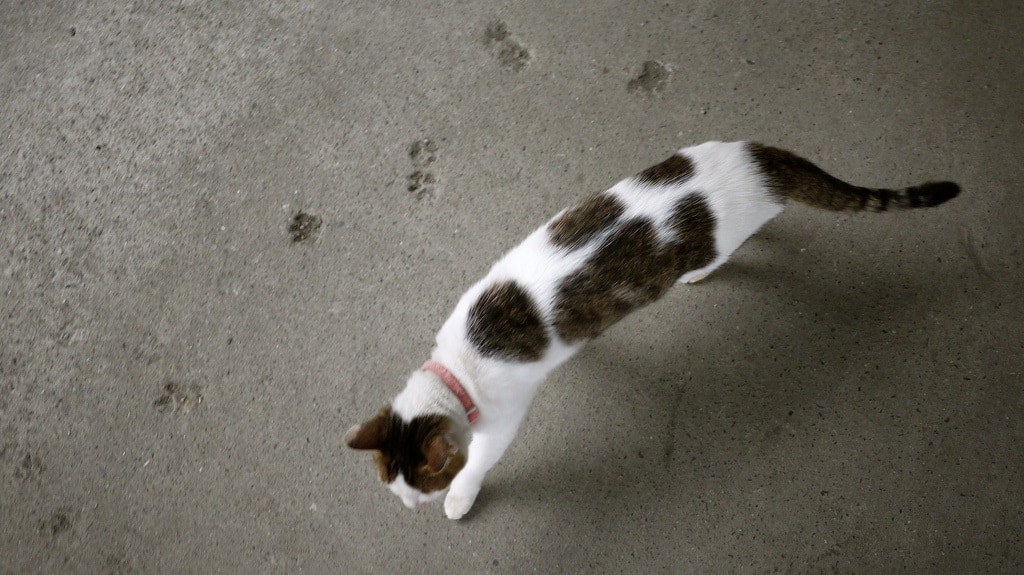 By the time the sun comes up, the cats are gone, and the town is deserted again. The young man climbs down, picks one of the hotel beds for himself, and goes to sleep. When he gets hungry, he eats some bread and fish that have been left in the hotel kitchen. When darkness approaches, he hides in the bell tower again and observes the cats’ activities until dawn. Trains stop at the station before noon and in the late afternoon. No passengers alight, and no one boards, either. Still, the trains stop at the station for exactly one minute, then pull out again. He could take one of these trains and leave the creepy cat town behind. But he doesn’t. Being young, he has a lively curiosity and is ready for adventure. He wants to see more of this strange spectacle. If possible, he wants to find out when and how this place became a town of cats. On his third night, a hubbub breaks out in the square below the bell tower. “Hey, do you smell something human?” one of the cats says. “Now that you mention it, I thought there was a funny smell the past few days,” another chimes in, twitching his nose. “Me, too,” yet another cat says. “That’s weird. There shouldn’t be any humans here,” someone adds. “No, of course not. There’s no way a human could get into this town of cats.” “But that smell is definitely here.” 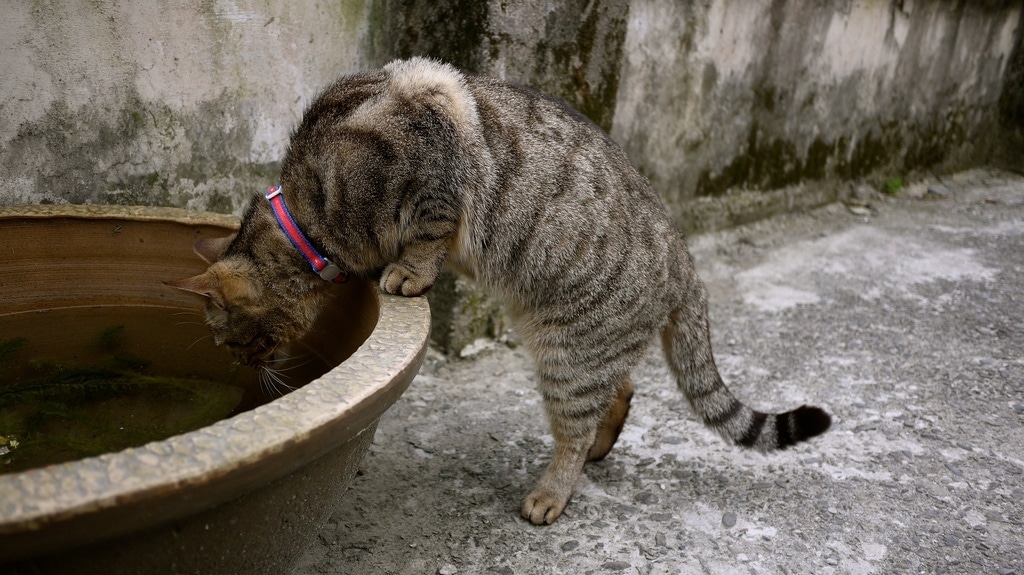 The cats form groups and begin to search the town like bands of vigilantes. It takes them very little time to discover that the bell tower is the source of the smell. The young man hears their soft paws padding up the stairs. That’s it, they’ve got me! he thinks. His smell seems to have roused the cats to anger. Humans are not supposed to set foot in this town. The cats have big, sharp claws and white fangs. He has no idea what terrible fate awaits him if he is discovered, but he is sure that they will not let him leave the town alive. 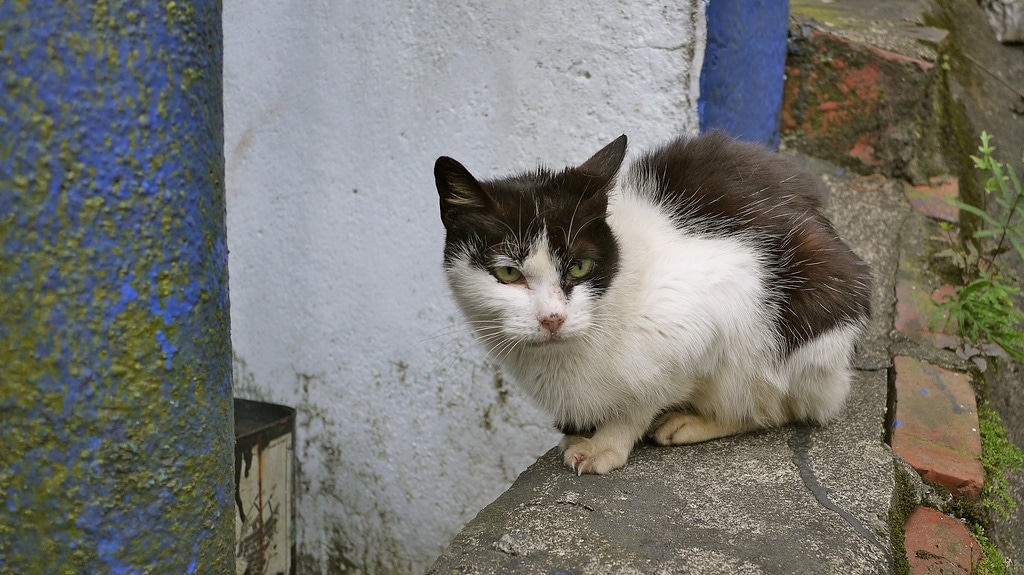 Three cats climb to the top of the bell tower and sniff the air. “Strange,” one cat says, twitching his whiskers, “I smell a human, but there’s no one here.”

“It is strange,” a second cat says. “But there really isn’t anyone here. Let’s go and look somewhere else.” 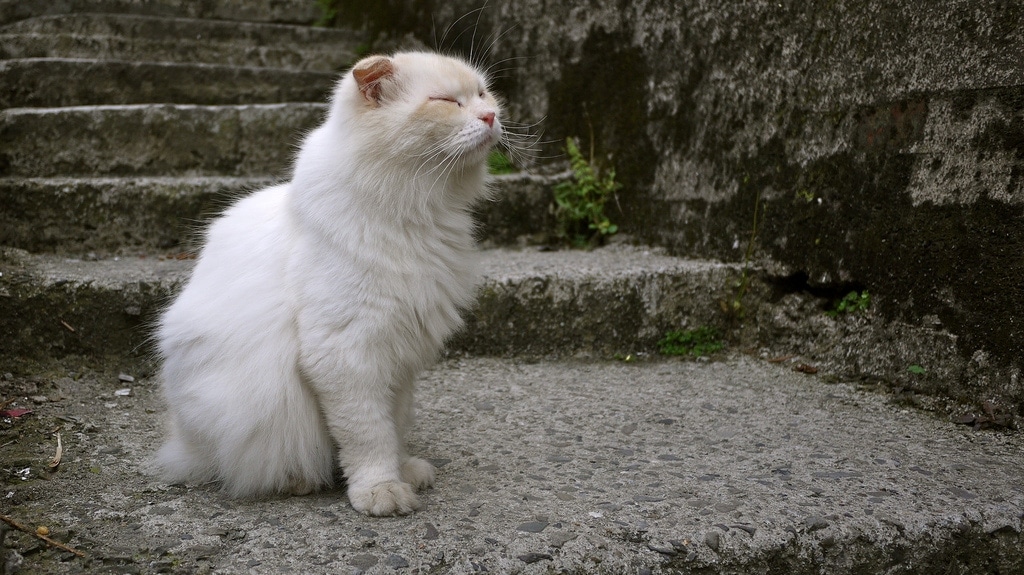 The cats cock their heads, puzzled, then retreat down the stairs. The young man hears their footsteps fading into the dark of night. He breathes a sigh of relief, but he doesn’t understand what just happened. There was no way they could have missed him. But for some reason they didn’t see him. In any case, he decides that when morning comes he will go to the station and take the train out of this town. His luck can’t last forever. 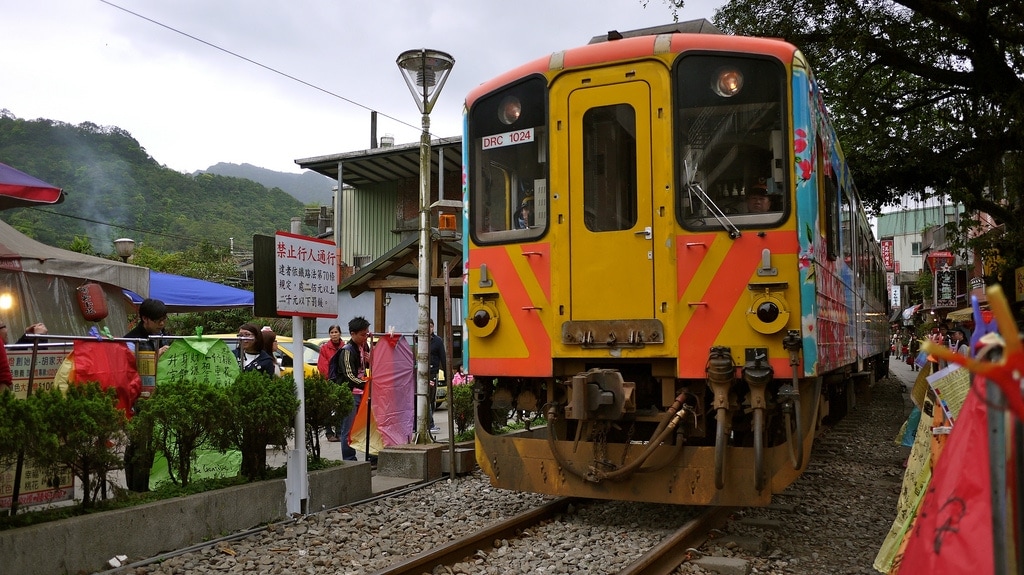 The next morning, however, the train does not stop at the station. He watches it pass by without slowing down. The afternoon train does the same. He can see the engineer seated at the controls. But the train shows no sign of stopping. It is as though no one can see the young man waiting for a train—or even see the station itself. Once the afternoon train disappears down the track, the place grows quieter than ever. The sun begins to sink. It is time for the cats to come. The young man knows that he is irretrievably lost. This is no town of cats, he finally realizes. It is the place where he is meant to be lost. It is another world, which has been prepared especially for him. And never again, for all eternity, will the train stop at this station to take him back to the world he came from. 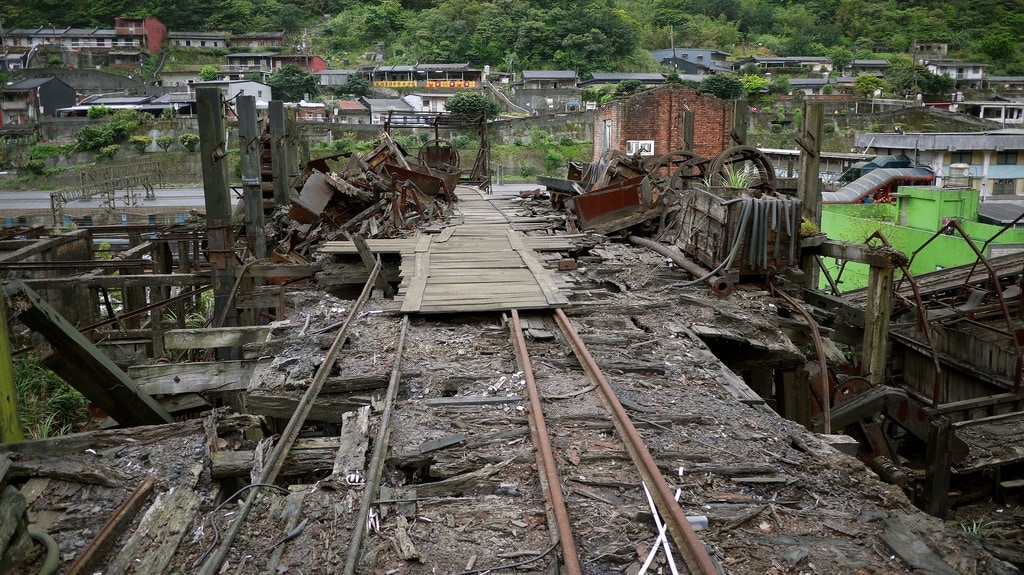 Tengo read the story twice. The phrase “the place where he is meant to be lost” attracted his attention. He closed the book and let his eyes wander across the drab industrial scene passing by the train window. Soon afterward, he drifted off to sleep—not a long nap but a deep one. He woke covered in sweat. The train was moving along the southern coastline of the Boso Peninsula in midsummer.∗

To find the cat town for yourself first take a train from Taipei Main Station to Ruifang Station (瑞芳車站). From here change to the Pingxi Line (平溪線) and get off at Houtong (侯硐貓村). 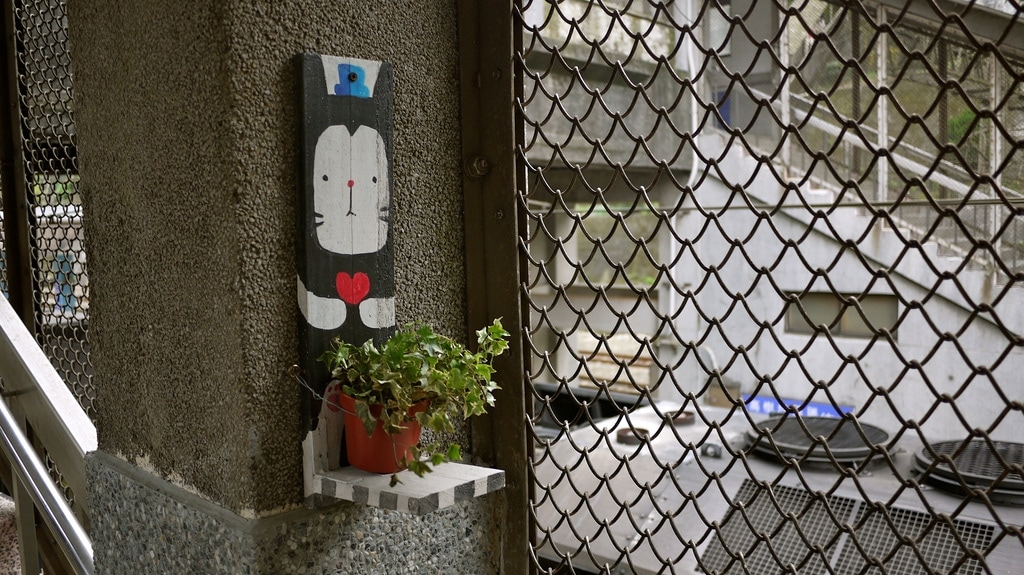 Although during the holidays you may find the area full of tourists there are some interesting small villages to check out along the route.