At the end of my visit to Atlanta (USA) I managed to find a couple of spare hours to visit Georgia Aquarium, which happens to be the world’s largest with more than 8.5 million gallons of water housing more than 120,000 animals of 500 different species. 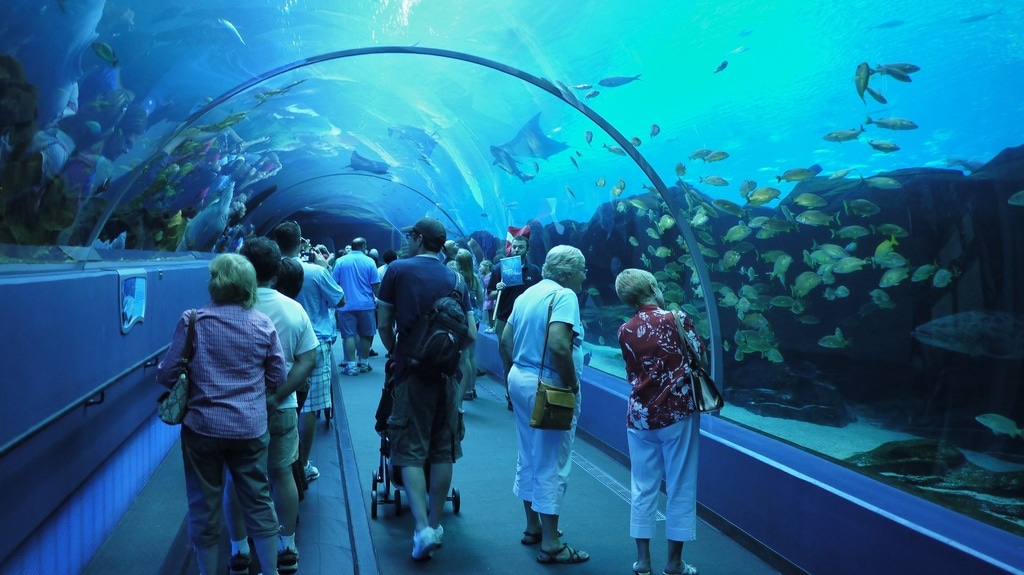 The aquarium is right next to the Centennial Olympic Park, nearby to CNN Center and the World of Coca-Cola which makes the area ideal for tourists in Atlanta who can easily walk between all three in a day. You could even join a Segway tour if you’re feeling lazy! 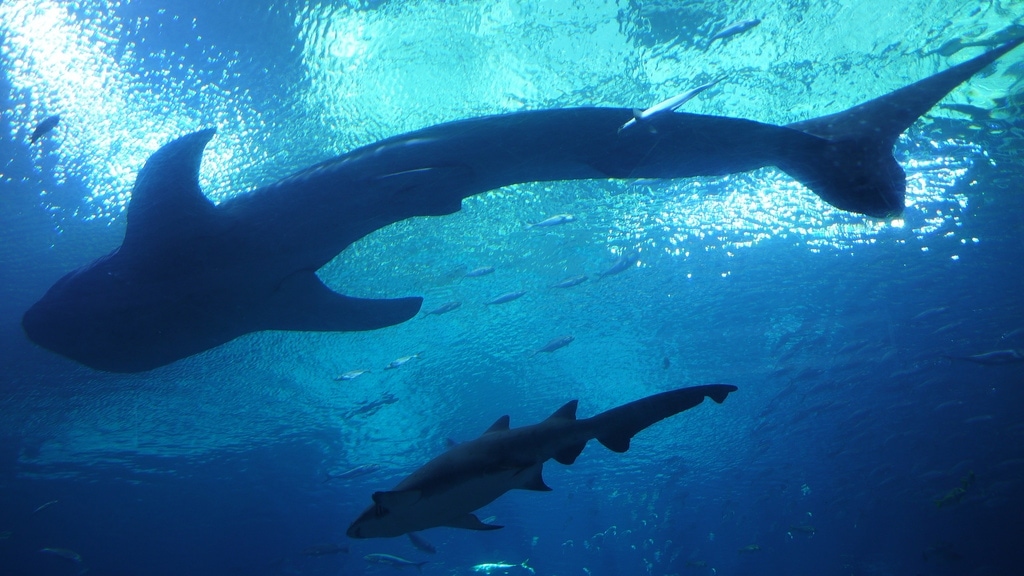 It’s the only institution outside of Asia to house whale sharks which were specially imported from Taiwan by air and are the main attraction. The operation to transport them to Atlanta was carried out and sponsored by UPS which I imagine was quite a feat in itself. 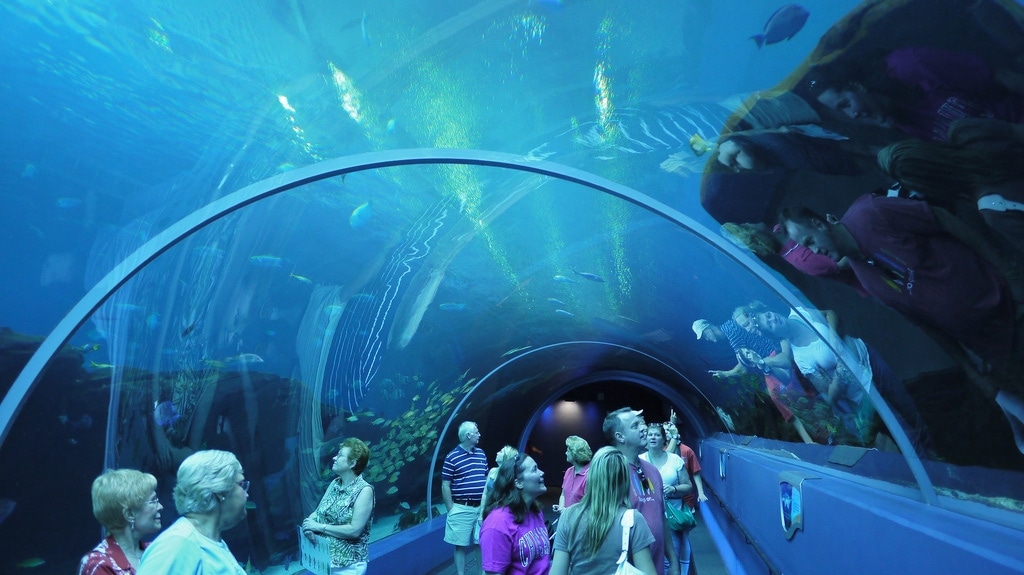 Inside the aquarium there are a number of themed exhibits, the largest entitled Ocean Voyager which features a 30m long underwater tunnel and an enormous viewing window. 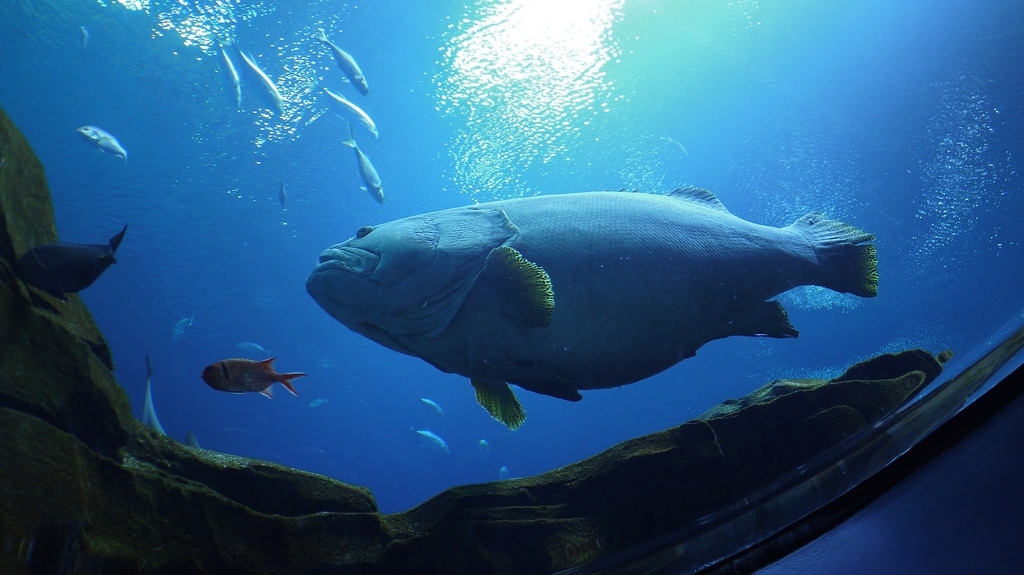 I couldn’t name all the fish by sight but this one certainly looked like he’d had more than his fair share of snacks. 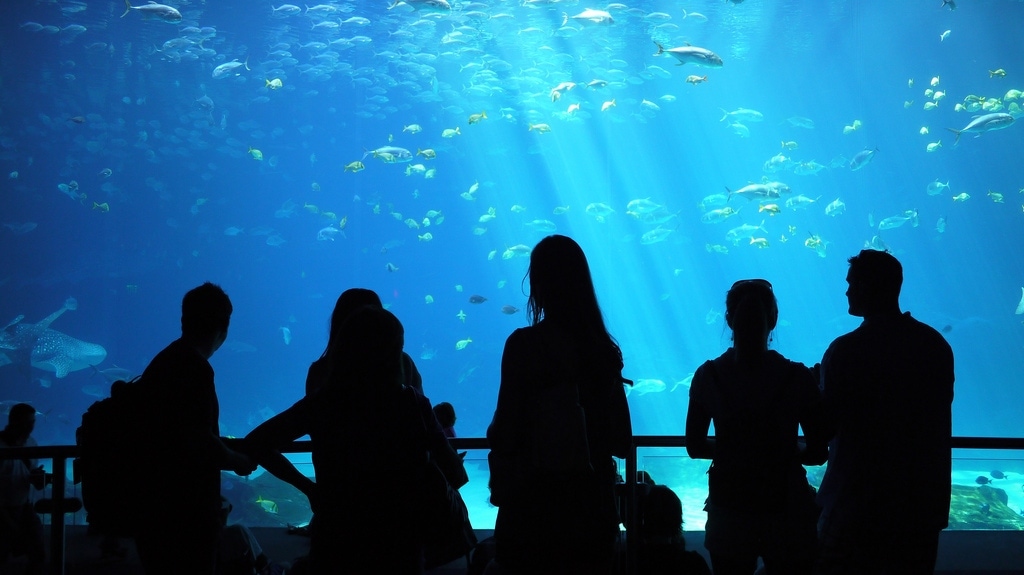 It’s not every day that you get to stare at the cross-section of oceanic species swimming around in front of your eyes. This has to be the best bit of the aquarium, if only to marvel at how they managed build such a massive acrylic window (made in Japan) which could sustain the enormous pressure of the water. 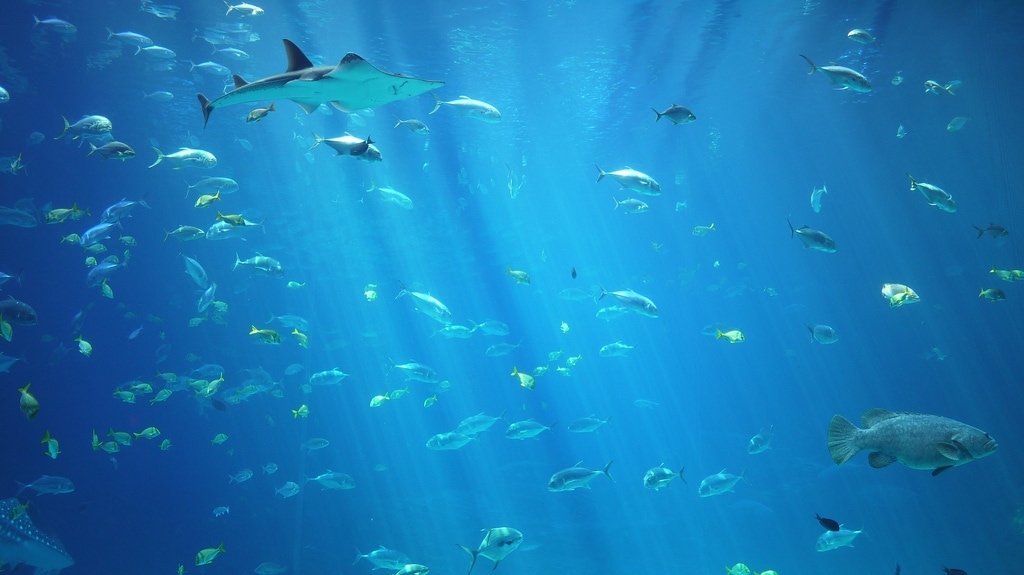 The motion of the fish is hypnotic and even if the lighting is artificial, it’s very well done. 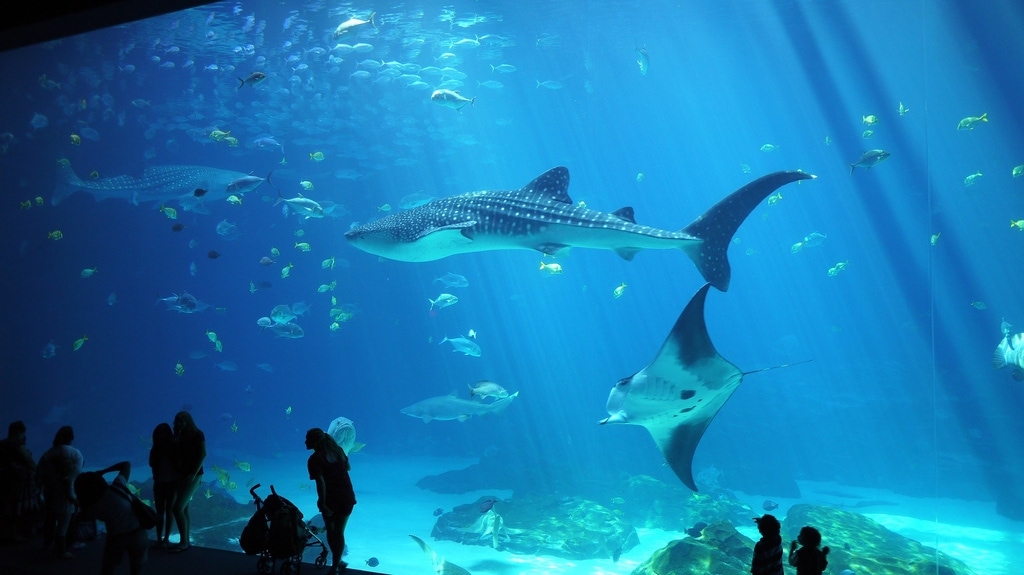 There are four large manta rays in the 6.2-million-gallon tank which look like they might almost be flying such is they winged shape of their body. 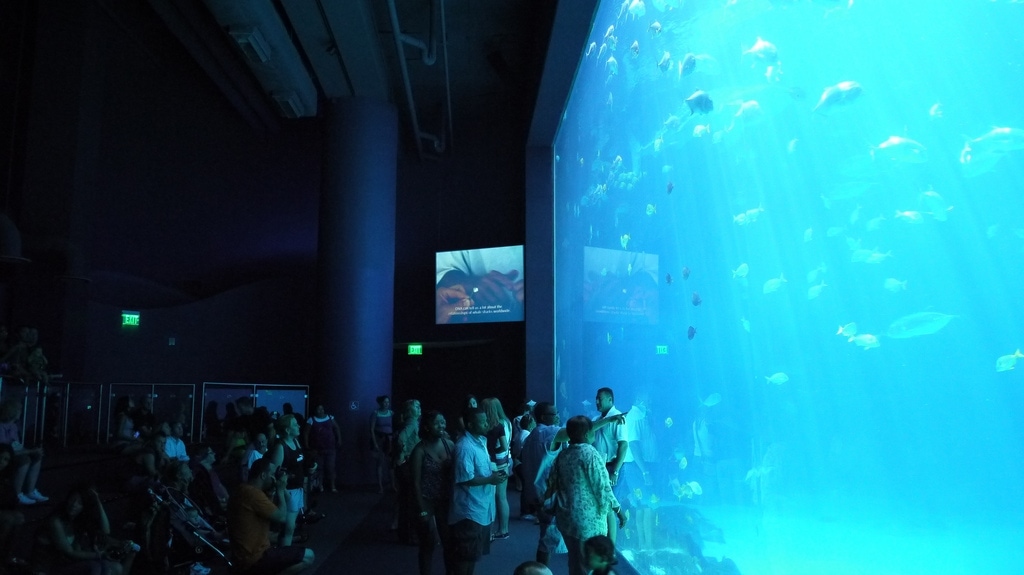 Standing here I had visions of what it would be like if the window ruptured! 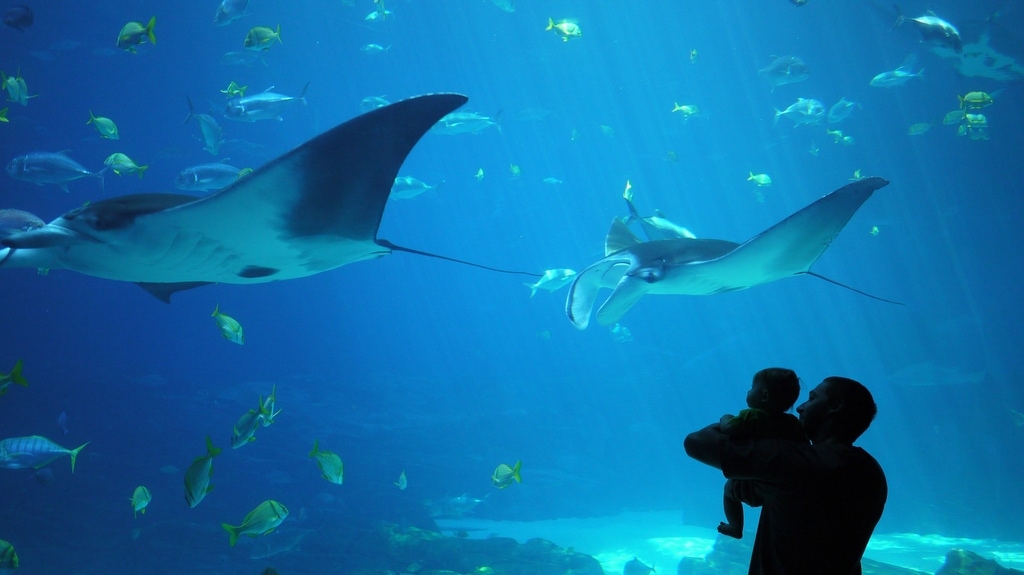 My favourite photo of the visit – it’s a great place to bring young children. 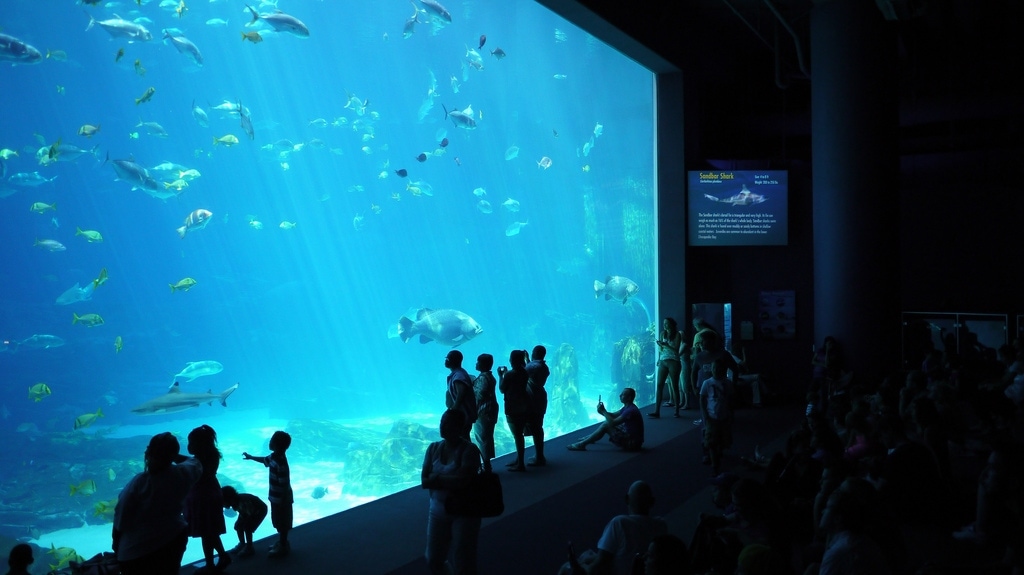 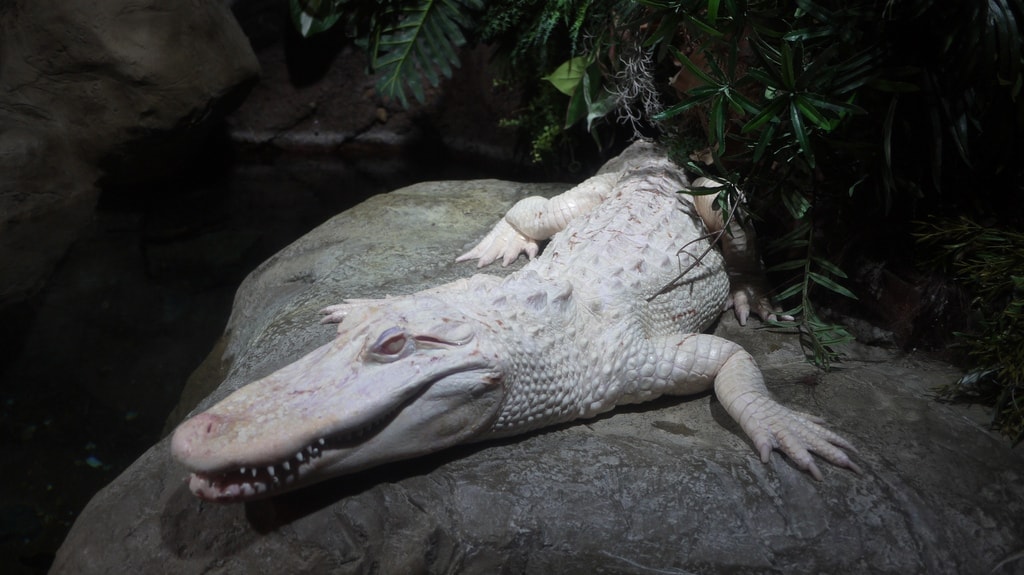 Another rarity on display is an albino alligator who looked deadly bored. 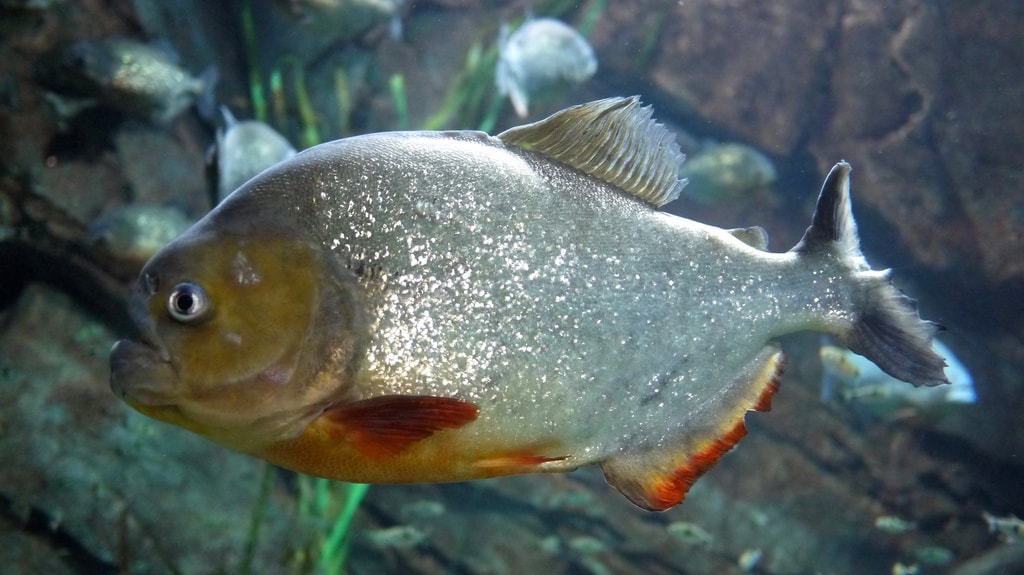 This little fellow you wouldn’t want to go swimming with either – a piranha. 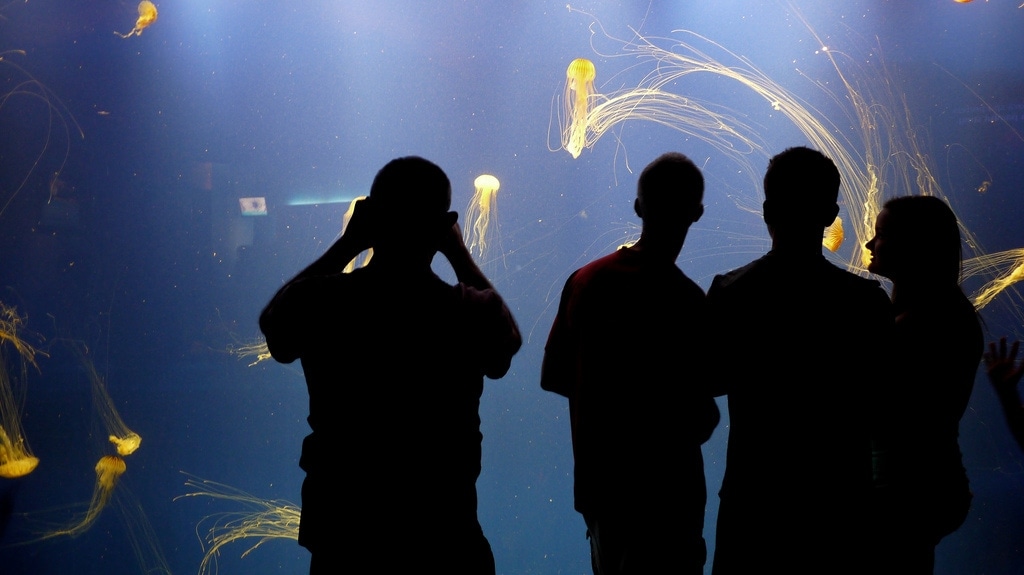 I’d never seen yellow jellyfish like this before – hard to photograph but extremely beautiful. 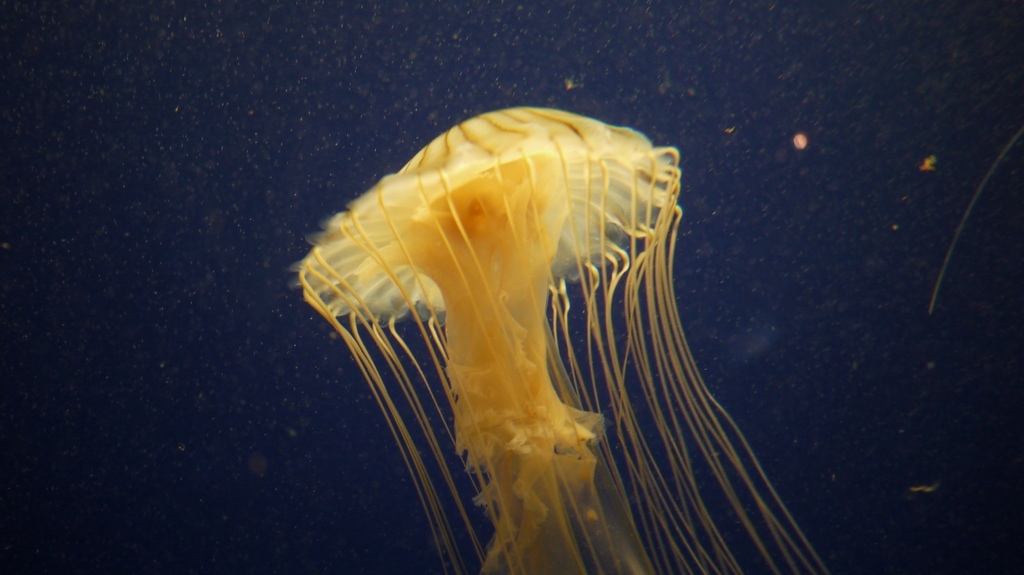 Visiting an aquarium wouldn’t usually be very high on my to-do list but this one is definitely worth a look if you’re in the area.