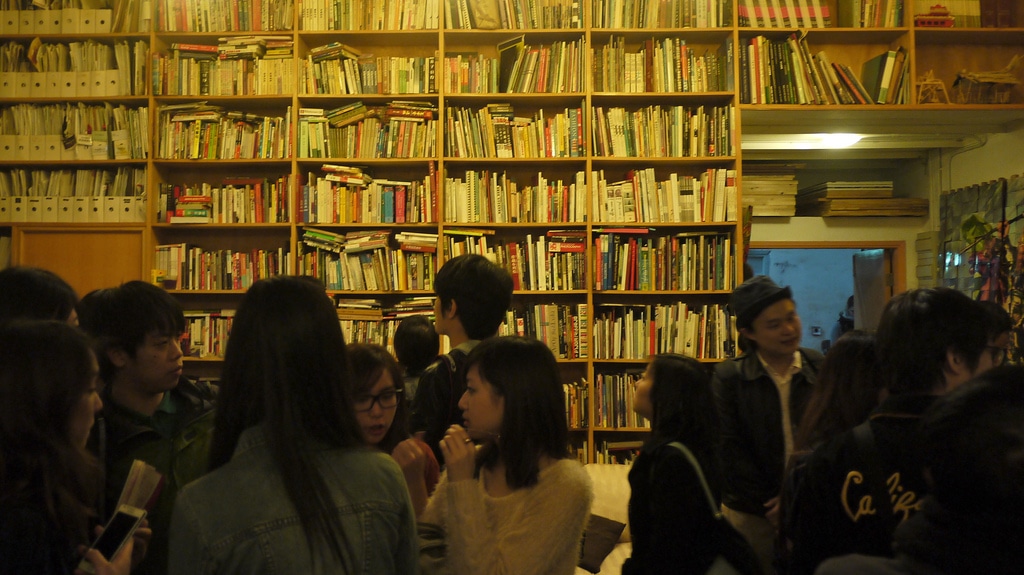 In post-industrial cities across the world there has been a trend of turning disused warehouses and factory spaces into creative hubs for artists. Since 2001 in Hong Kong, after many meatpacking and textile storage facilities moved to mainland China, more than 80 units in the utilitarian industrial blocks of  Fo Tan district have been re-purposed and transformed into art studios, creating a vibrant if well hidden local arts scene. 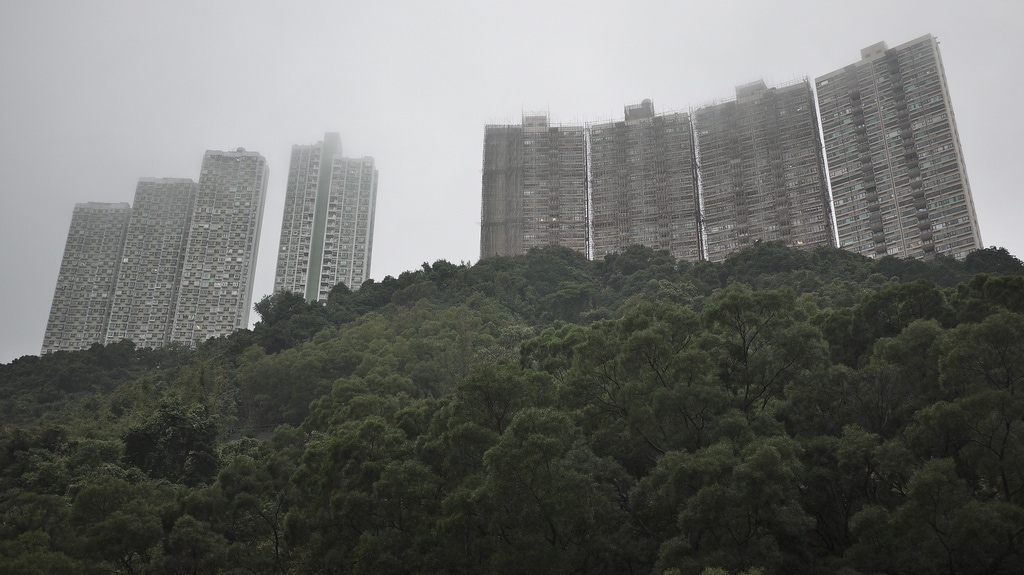 On an overcast sunday afternoon during their annual ‘Fotanian Open Studios‘ festival in January I paid a visit to see what the fuss was about. 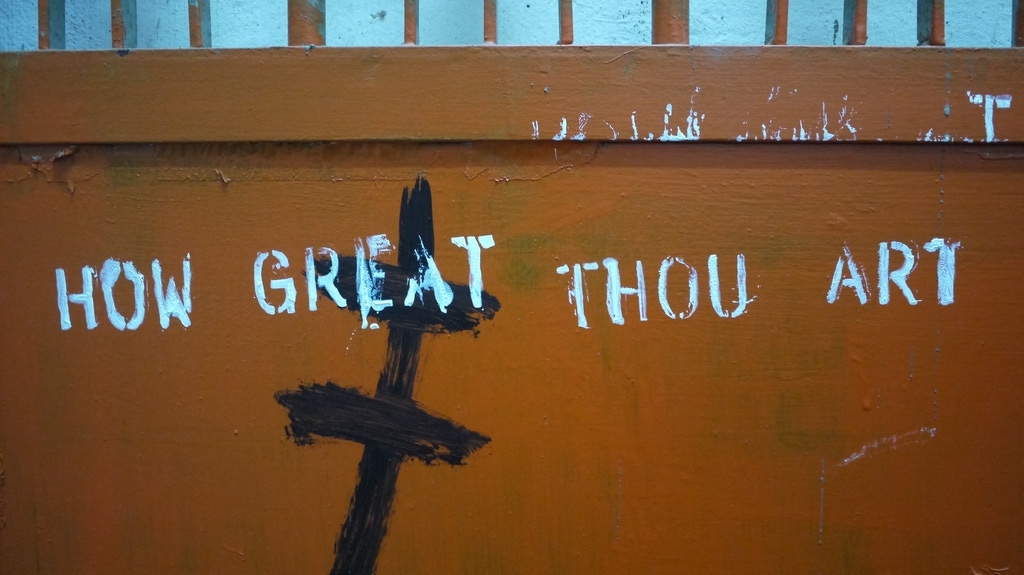 Finding your way there is a bit tricky since the studios are spread across a number of almost identical looking high-rise concrete buildings but luckily a map is provided and you’re free to take a peek inside as many of the 80+ studios as you’re interested in. 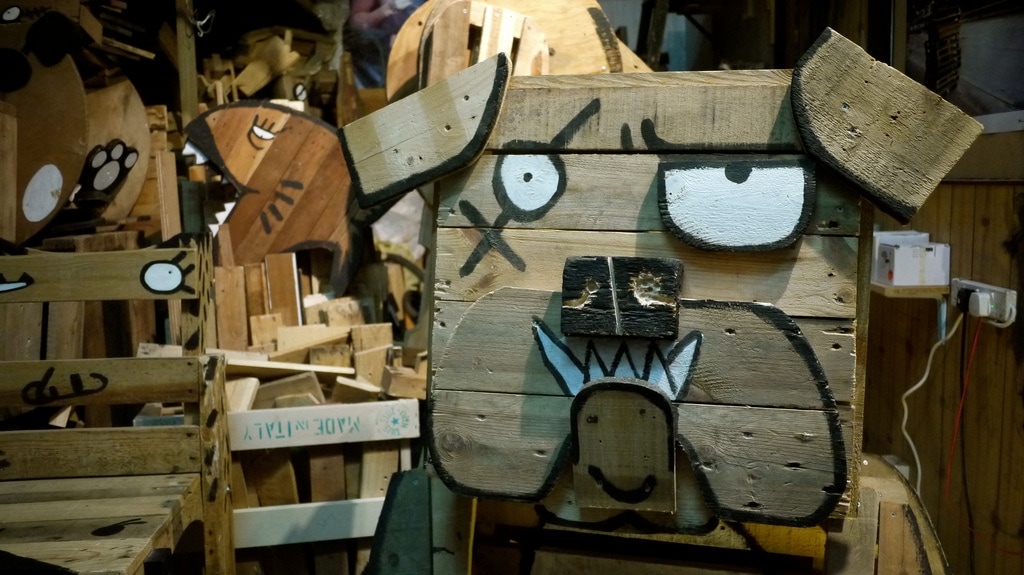 Who’d have thought you could make a career out of turning discarded wooden pallets into cartoon animal sculptures? Wong Tin Yan has been creating junk wood sculptures for over ten years in his workshop come zoo. 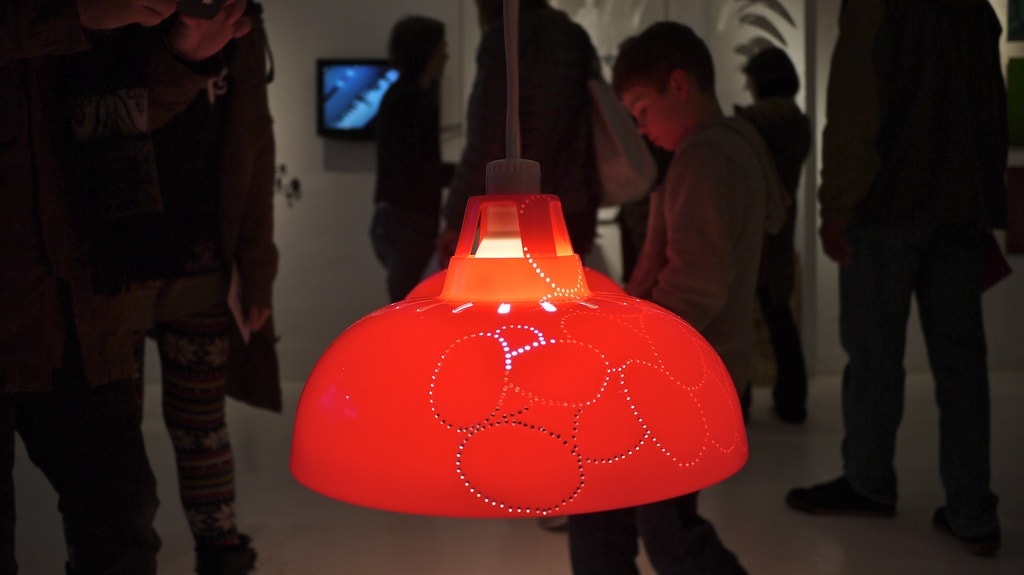 The art itself was diverse in both style and quality – explore long enough and you’re bound to find something interesting. 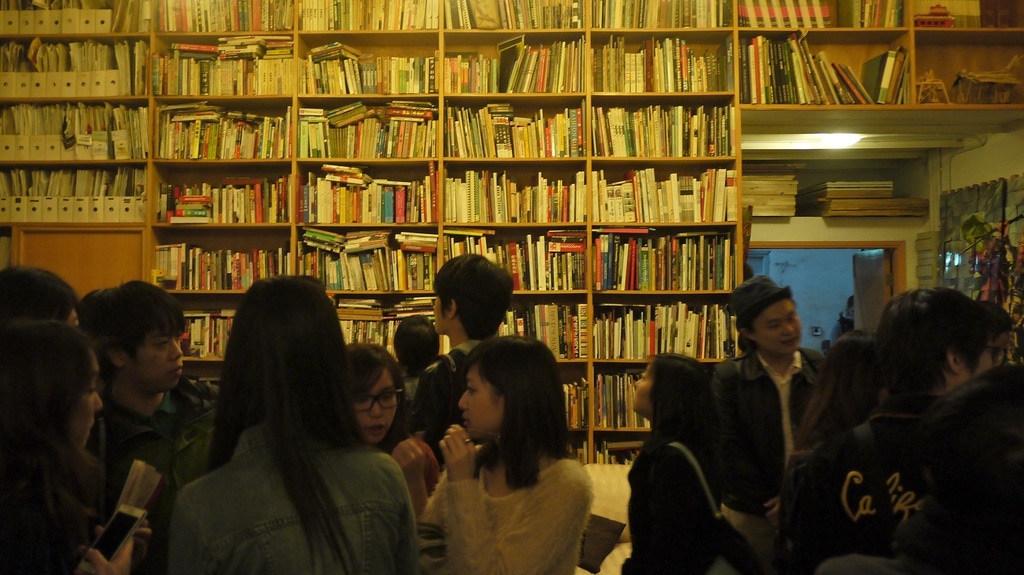 For me the buildings and the individual studios themselves were more interesting than the art they contained. Some were minimal and bare, while others were full of curios and artefacts which had accumulated as a byproduct of the work. 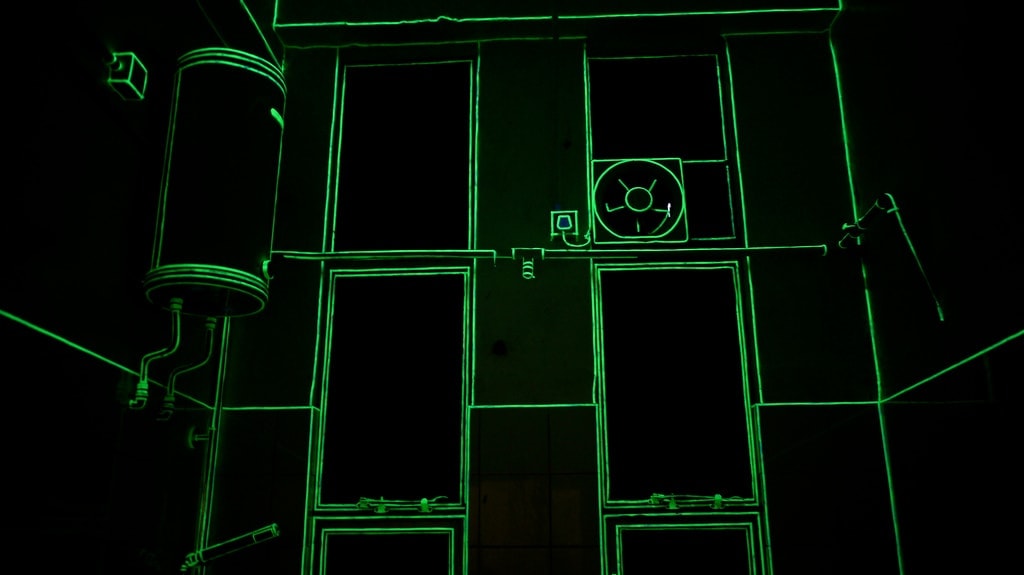 Some had gone to extremes to ‘customise’ their spaces – no psychedelic drugs needed in this bathroom! While the studios are only rented as places to work it was clear that some were more permanently inhabited – the industrial units could be turned into some pretty cool open-plan loft apartments if allowed. 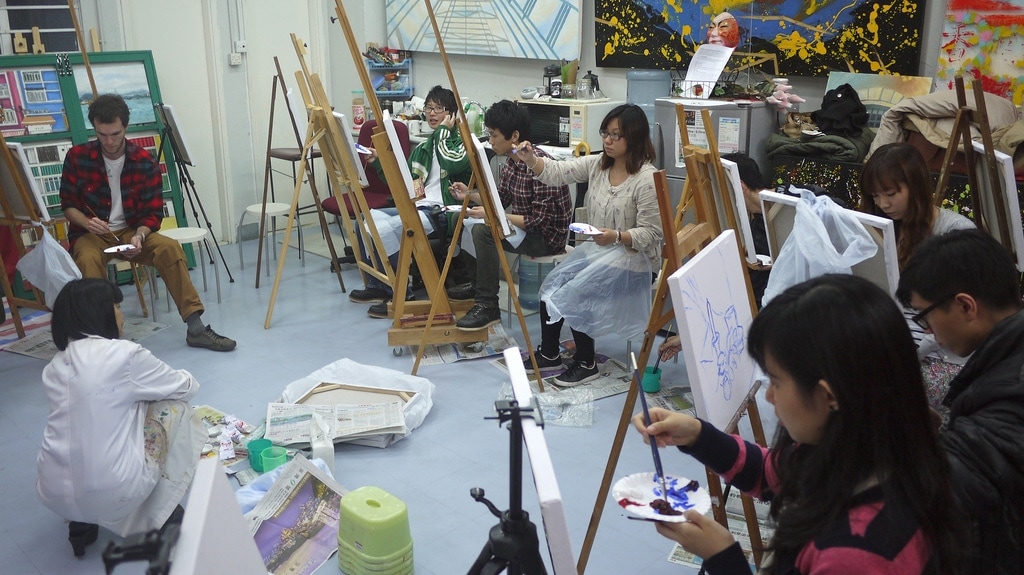 As well as artists showing off their work there were also some classes taking places – why do art teachers always make their students paint bowls of fruit? 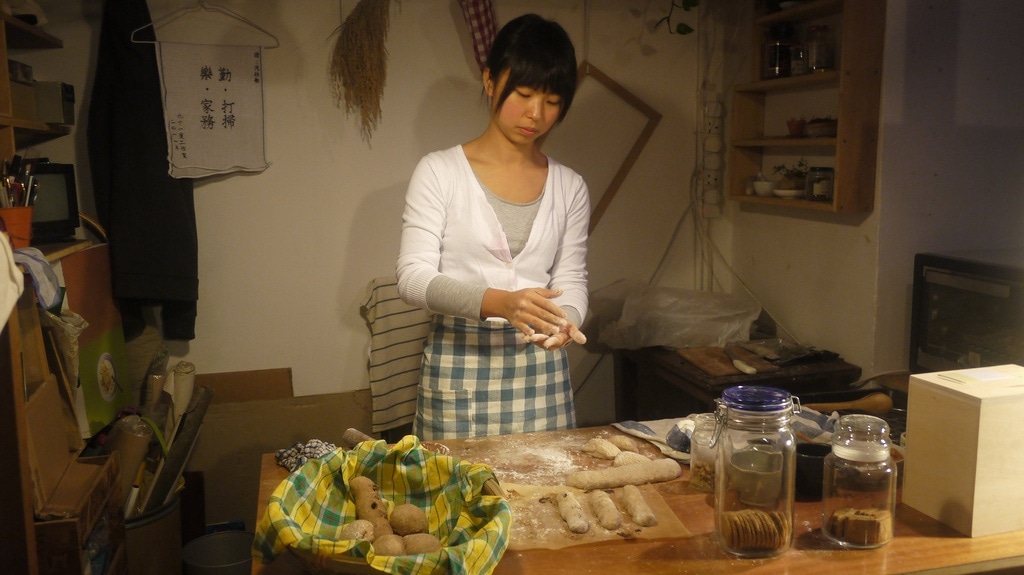 In another studio this young baker was cooking up some tasty organic bread – something has to pay the bills even if the art doesn’t! 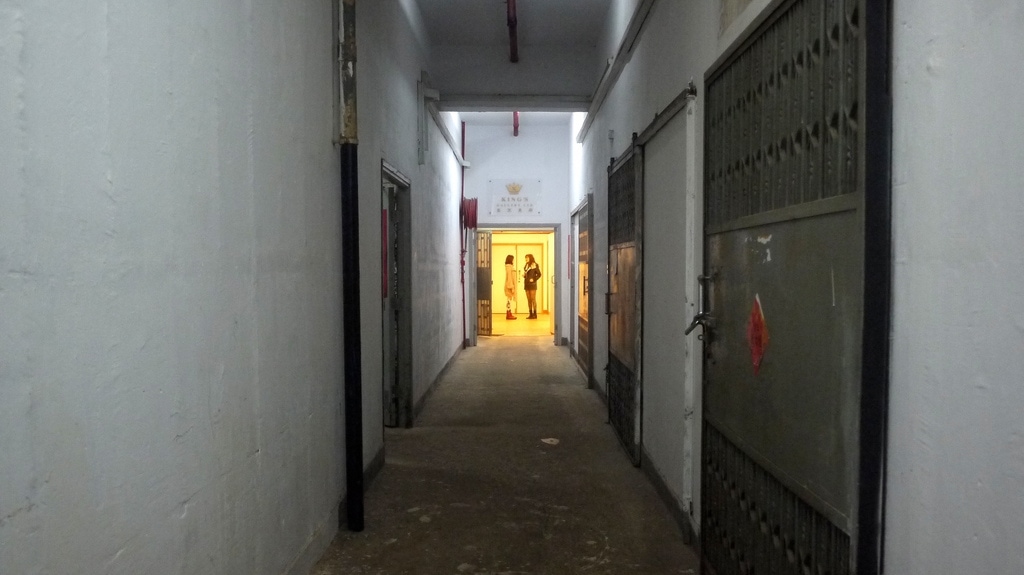 On the outside the units look untouched from their original state but each door along the many corridors leads into another unique world. Occasionally you get a glimpse of an original businesses still in action and it’s not always a pretty sight – now you know where your BBQ pork comes from. Aside from paintings and sculptures there was also some performance art. Above and below ‘Rental United‘ meticulously clean their white cube in a manner bound to give young children nightmares and leave everyone else scratching their heads.