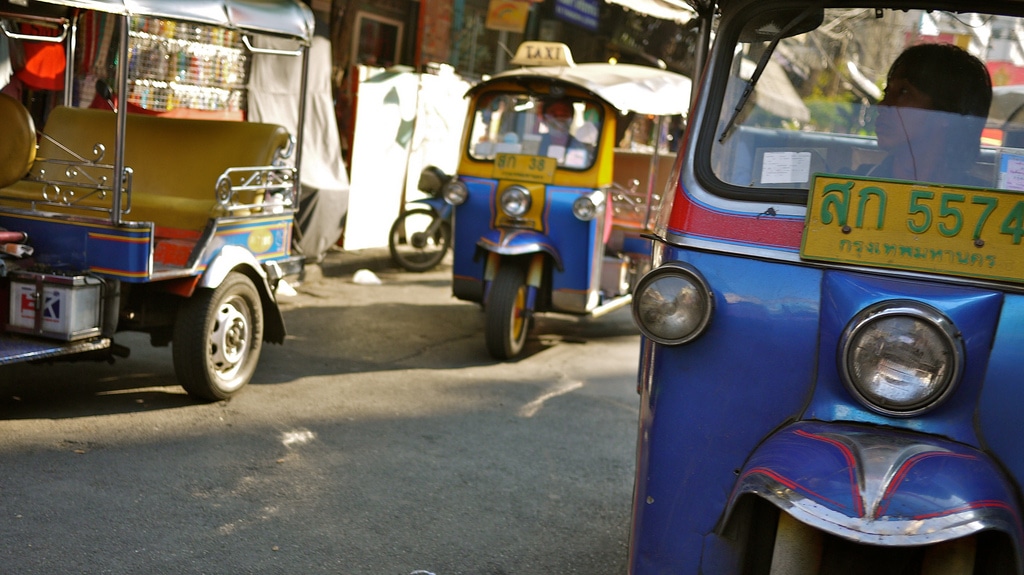 For any visitor new to Thailand, one of the first things you’ll notice are the small three-wheeled taxis which zip around the roads at alarming speeds with little concern for the rules of the roads. These motorised rickshaws are of course the ubiquitous tuk-tuk (ตุ๊กตุ๊ก), so-called because of the sound they make. With their brightly coloured metallic bodies and swarthy drivers they make a great subject to photograph. 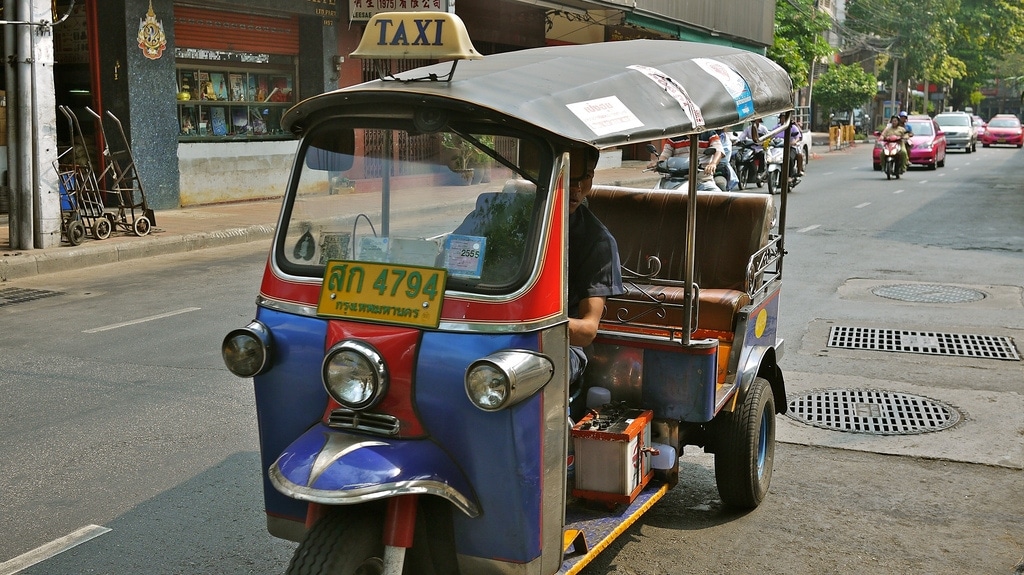 Despite their charm it’s best to avoid tuk-tuks if you’re a tourist since you’re bound to get ripped off or taken on a merry ride to somewhere unexpected. 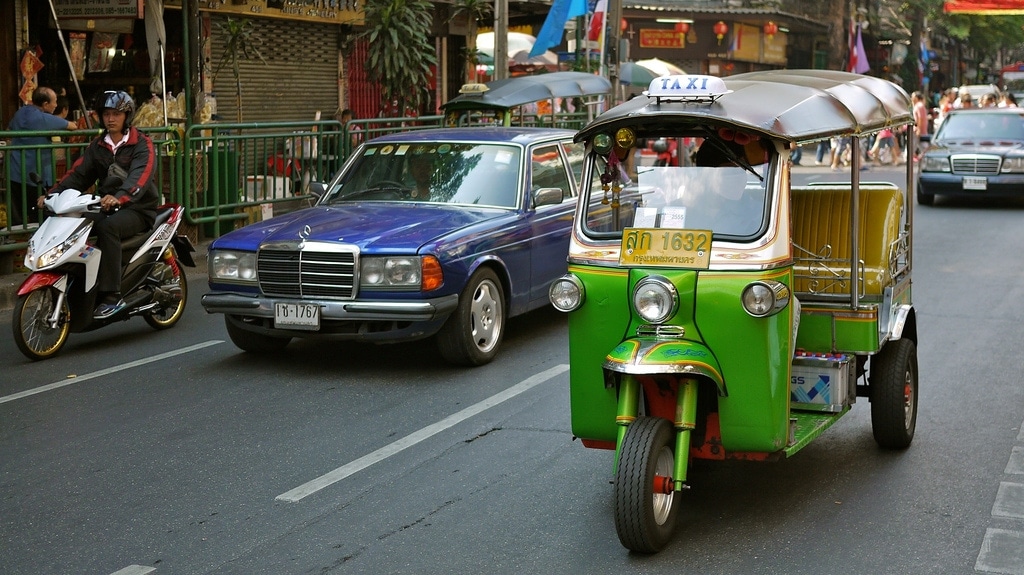 Because of their size tuk-tuks are able to weave their way through Bangkok’s crazy traffic – often faster than their four-wheeled friends. 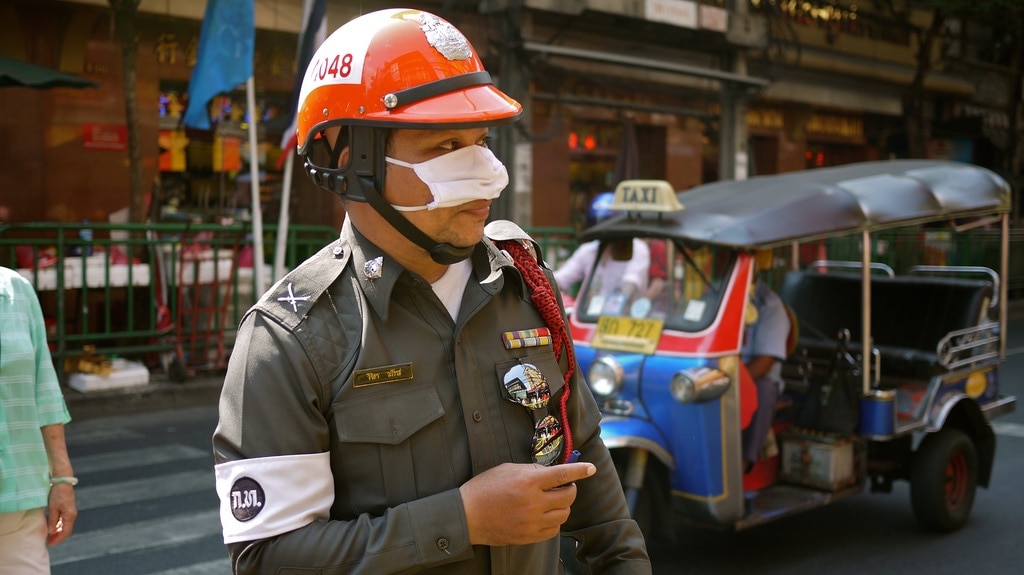 Given their small open cabins, passengers are exposed to high pollution levels as the trafic officer above is no doubt aware. 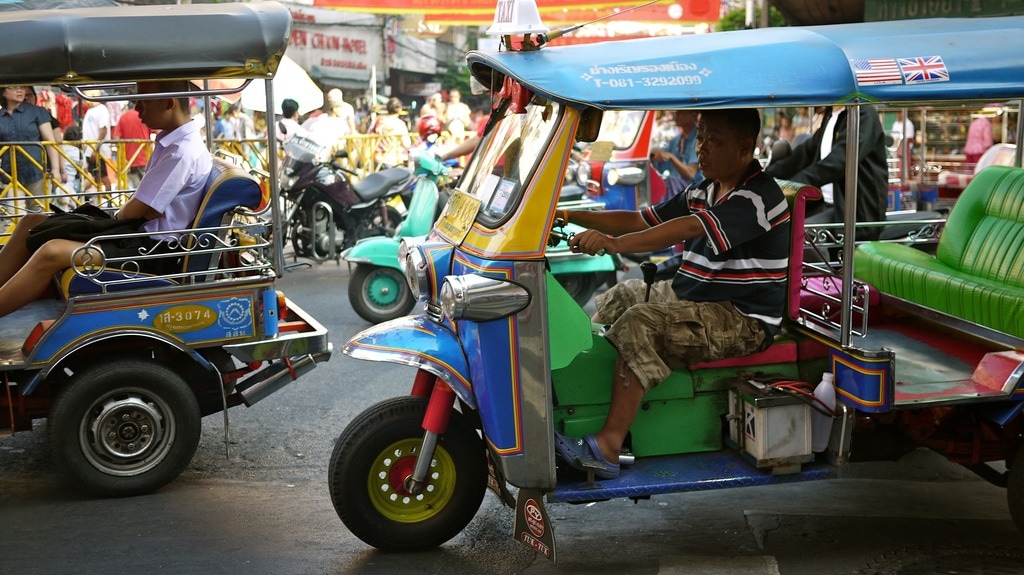 A blur of distinctive red, green, blue and yellow shells speed by as soon as the traffic lights turn green. 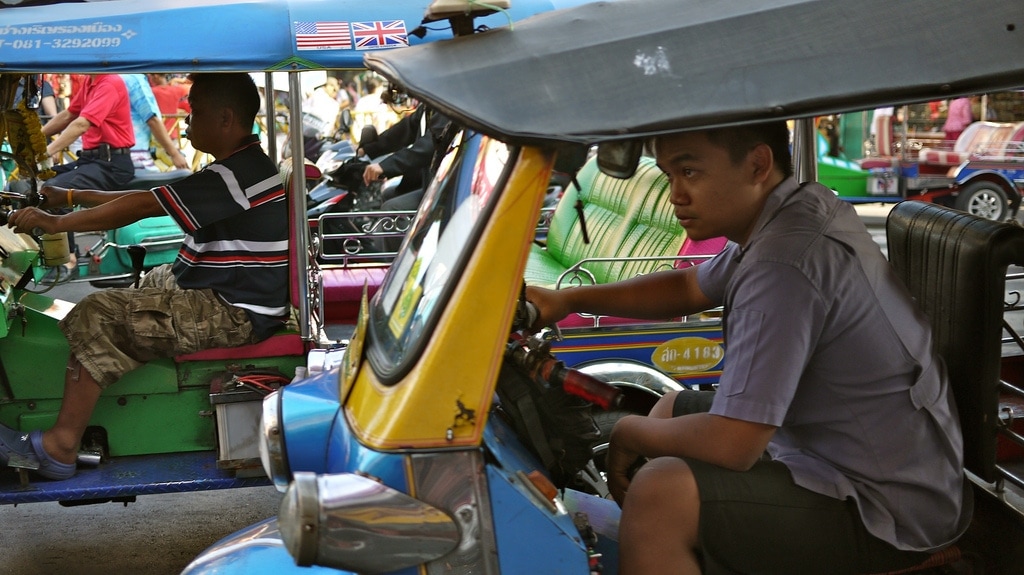 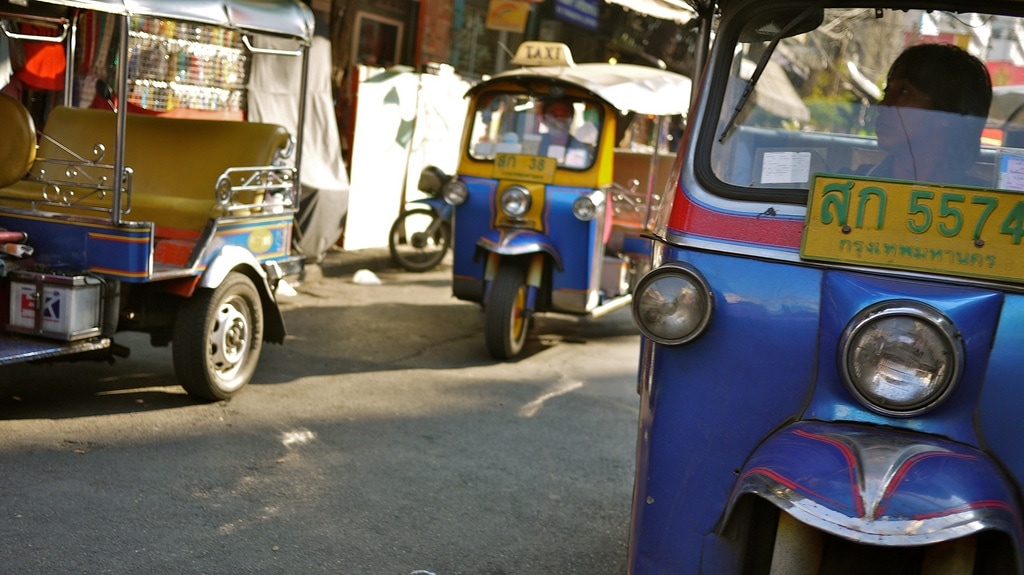 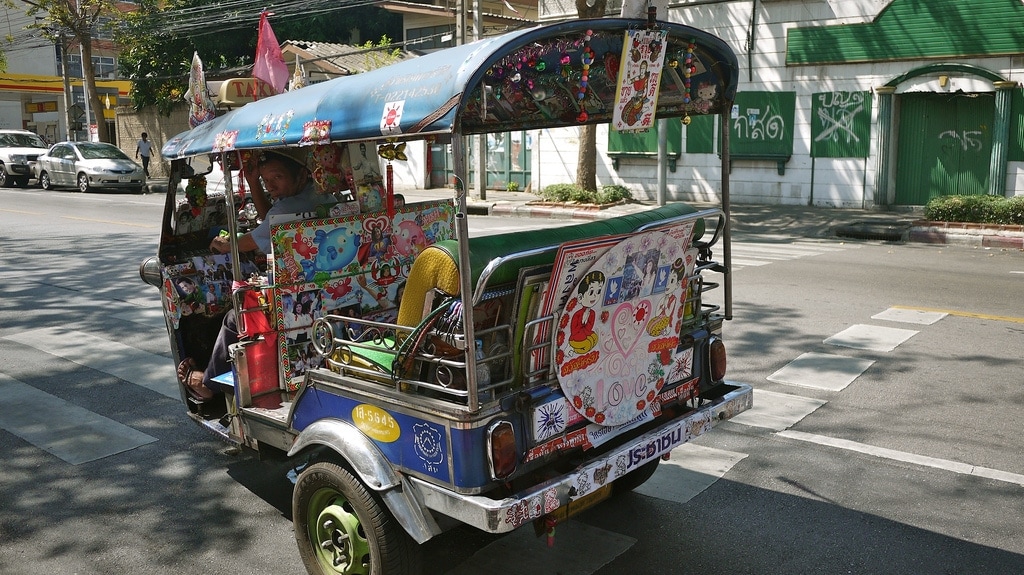 Some drivers decorate their tuk-tuks with religious charms although in the case above he seems to have gotten a little carried away! 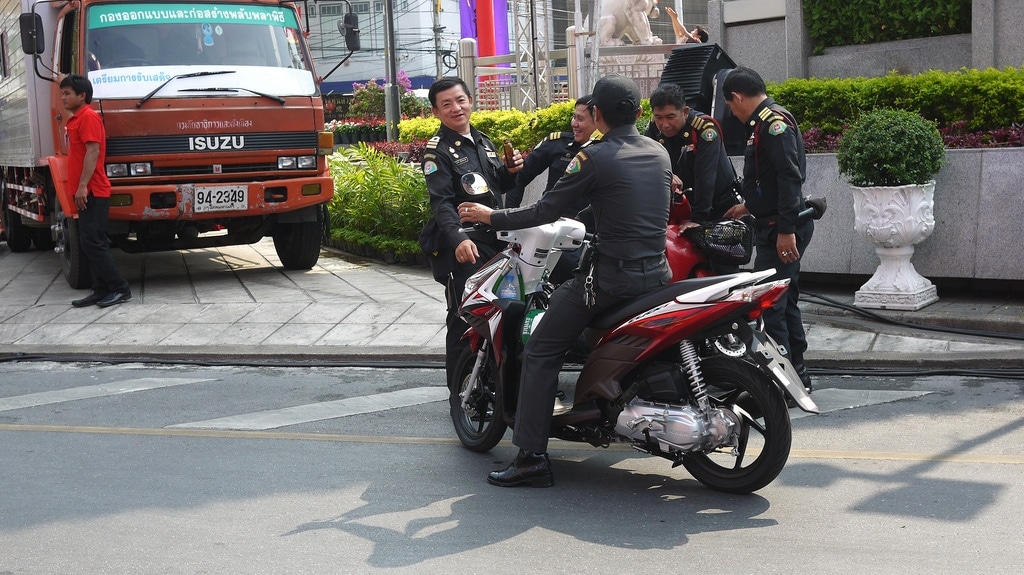 The police on the other hand have far less glamorous vehicles 🙂