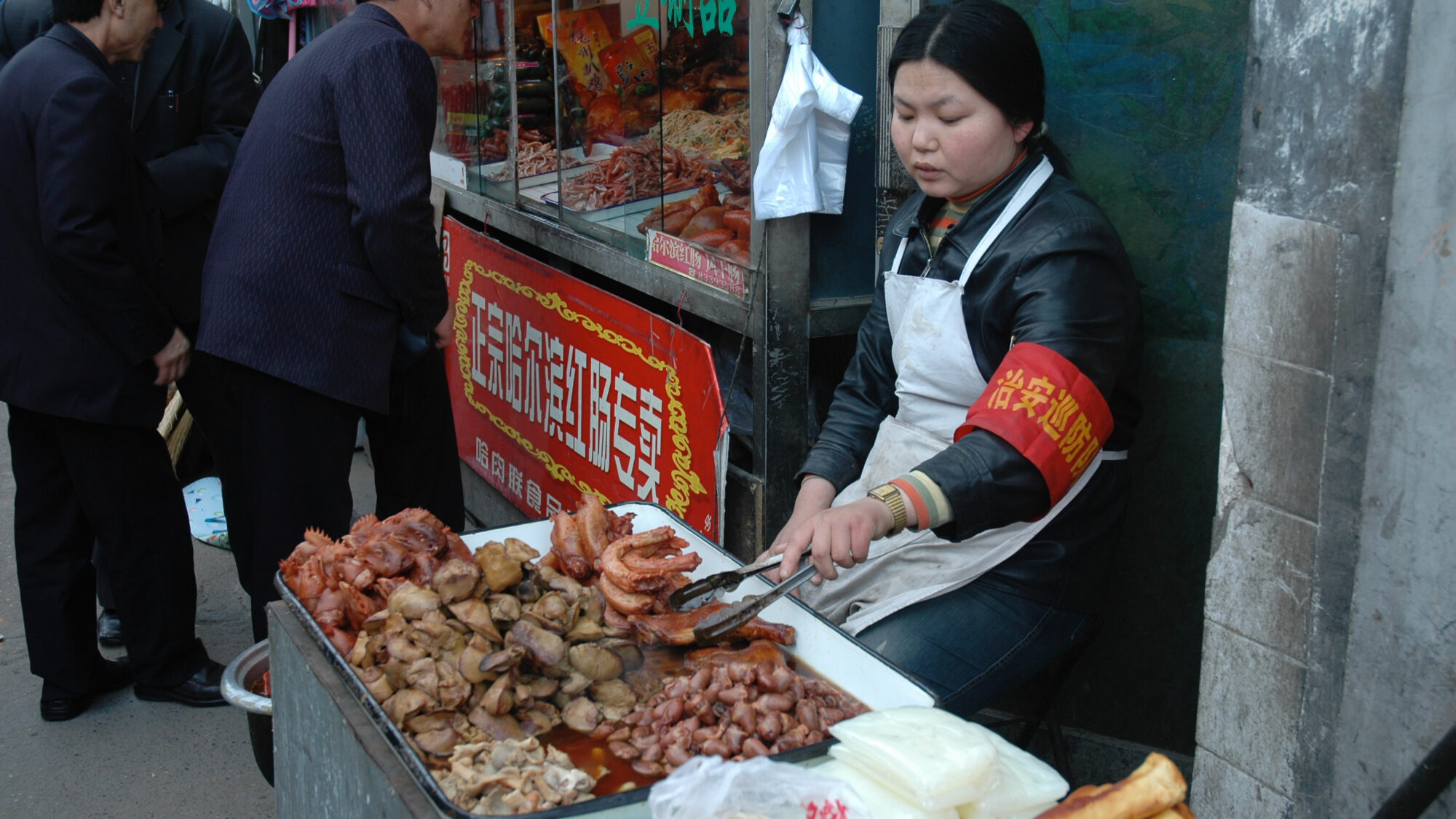 Inflationary pressures in China are currently at an 11 year high with food prices having gone up by more than 10% in 2008 alone. Contributing factors include the bad weather which brought China to a standstill during the holidays recently. The government have set up temporary price controls and increased the minimum wage in some areas to try and ease the situation but for some, the impact is fairly stark when it comes to buying the weekly essentials.

Earlier today I spoke with a friend in southern China who has just started back at university after the spring festival break. Rather worryingly they complained that the canteen on campus had stopped serving meat with any of the meals because of the price increases. Although they were getting enough vegetables they were feeling pretty hungry but didn’t dare tell others about it to avoid their parents worrying and giving the university a bad impression (is this what they mean by saving face?).

As westerners, this is rather difficult to imagine. We take it for granted that the supermarkets will always be stocked with whatever we want 247. It just goes to show how fragile a system we live in.