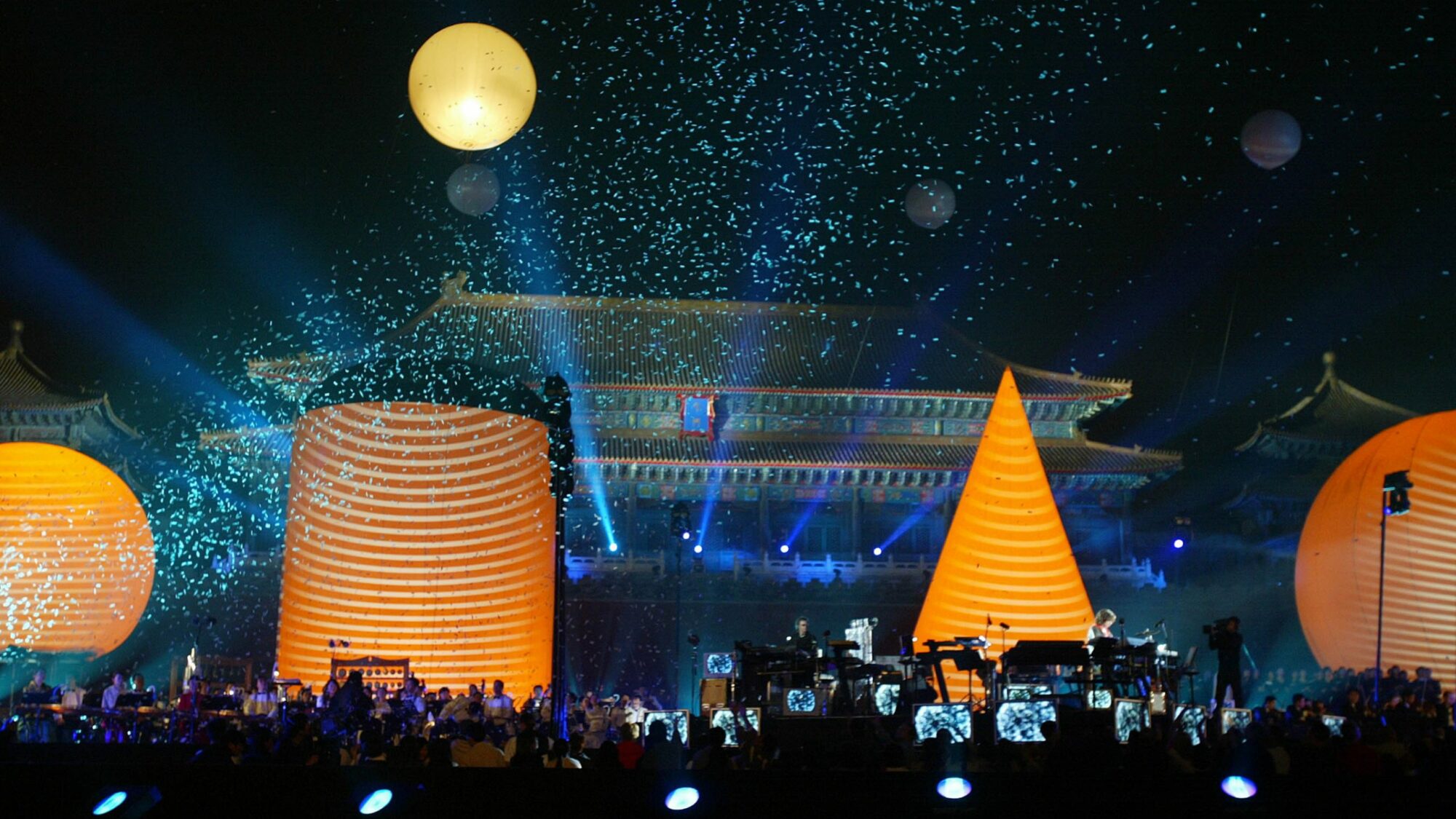 Obviously, I wasn’t actually there but managed to get hold of a recording of the show. The very fact that it was held in the location it was is pretty astounding considering its historical significance (Tiananmen Square is right next to it) but it was pulled off amazingly well.

Along with the trademark lasers, images and colours were projected onto huge inflated white cylinders, cones and spheres over the area which changed in time with the music. Most of the music was from his latest album ‘Aero‘ (which I reviewed here) and thus was presented in surround sound live (quite a feat of technical ingenuity)!

The Jarre in China concert also featured the Beijing Symphonic Orchestra and a collaboration with soloist Cheng Lin who played her erhu (a traditional Chinese stringed instrument). More than 15,000 people turned out to watch the event and even more via a live TV broadcast.

If you get a chance it’s definitely worth a watch, whether for the amazing electronic music or the beautifully choreographed display.

On a slightly different note, I had my second Japanese lesson today. Again it went very well although I think I’m going to have to put quite a bit of work into learning Hiragana which is a totally new experience for me (as with the rest of it!). Today we learned more introductory stuff and basic numbers which annoyingly have different forms depending on what context you use them in!

In case you’ve ever wondered (!) the above is my name (David) in Chinese as written by Echo-san during the class – it makes my headache just imagining how you go about translating it although it does look a lot cooler than the romanised version!