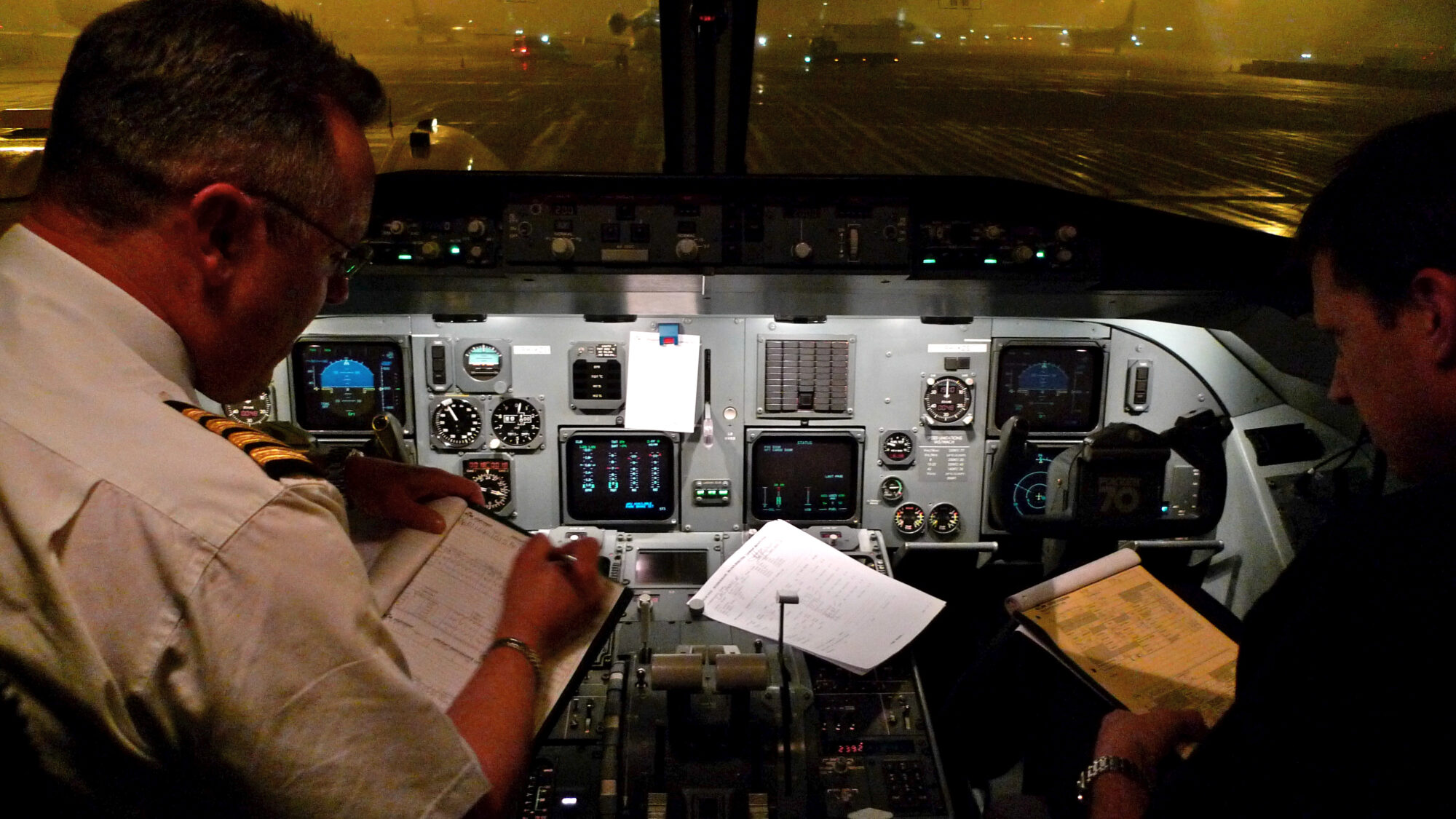 It just so happens that my parents neighbour is a pilot and by coincidence it turned out that he was flying the first leg of the flight I was taking back to China (Norwich -> Amsterdam). He very kindly invited me to sit with him and the co-pilot in the cockpit on the “jump seat” for the journey – I felt like a boy who had been allowed to ride in a fire engine – absolutely awesome!

The aircraft we were flying in was Fokker 70 which is relatively small with only 70 seats and made in the Netherlands. They’re used by KLM for their short-haul cityhopper service. As we were flying at night it was a bit dark to take any good photos (and I definitely didn’t want to use the flash!) but I did get a bit of video (below):

The coolest part was undoubtedly the take-off and landing which is so much more exciting when you’re looking out from the front. Amazingly most aircraft are able to do this all on auto-pilot which they showed me when we landed – totally automatically in thick fog. As we approached the runway it was mesmerizing to see the tops of buildings poking out of the misty shroud covering the ground.

Pilots clearly have to be very skilled and focused, especially when it comes to flying and eating dinner at the same time! I feel so lucky to have been able to do this, especially considering the fear-mongering around terrorism these days.