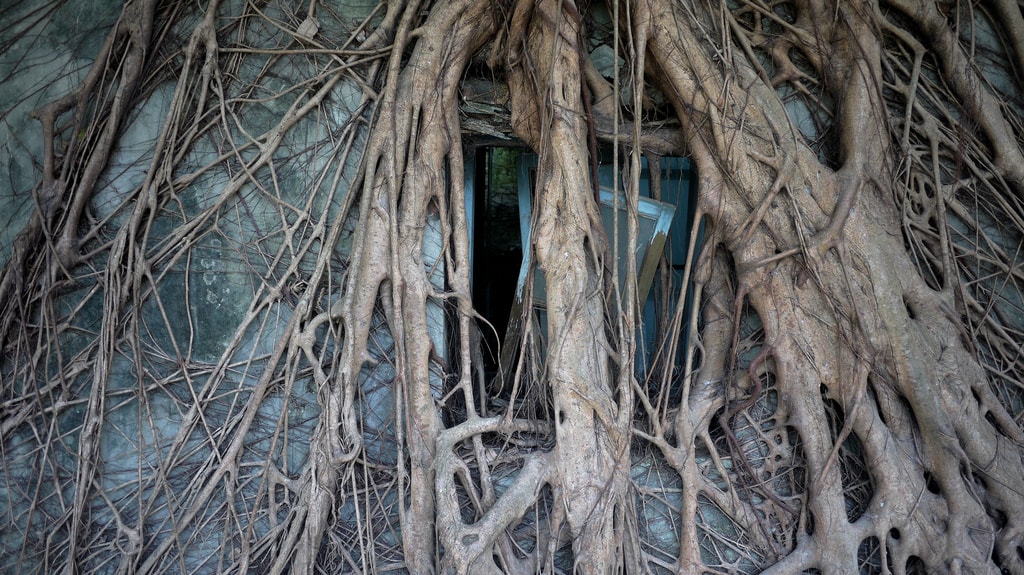 After visiting Green Island earlier in the year I took the train around the southern coast and back inland to Tainan (台南), the oldest city in Taiwan and the former capital during imperial times. Being mid-spring the weather was pretty much perfect.

Tainan was initially established by the Dutch East India Company as a trading base called Fort Zeelandia during the period of Dutch rule in Taiwan (1624–1662).

You can still visit the fortress today which is now named Anping Fort (安平古堡). While not large, it’s worth a look around.

A short walk away you can visit the house of a famous calligraphist, Chu, Jeou-Ying (朱玖瑩). All these hanzi makes my brain hurt!

Next door is the old British Tait & Co. Merchant House (英商德記洋行) which houses a small museum about the history of immigrants in Taiwan. It is one of the last surviving examples of European architecture in the area.

An old warehouse within the same compound has been almost entirely consumed by banyan trees and is known as the Anping Tree House (安平樹屋).

Like an H. R. Giger surrealist nightmare the walls and roof have been assimilated by the organic aerial roots of the trees.

Metal walkways allow visitors to get a better look from above.

Until it was opened to the public in 2004 locals considered the building to be haunted and wouldn’t go near.

Time for a sweet treat of mango, red bean and kiwi on crushed ice with ice bubble tea to accompany.

The next stop was Chihkan Tower (赤崁樓), formerly known as Fort Provintia during Dutch colonisation, which looks like a temple but was actually an administrative centre/library.

You can walk up to the second floor for a better view.

Also worth a look is the Confucius Temple (孔廟) which is surrounded by a small park. Bamboo bonsai hedges are aplenty.

The grounds also contain another eye-opening banyan tree that is one of the largest in Taiwan. Possibly the inspiration for the ‘home tree’ in Avatar?

When night falls and you’re feeling hungry your best bet is to head to one of the city’s many night markets.

Crowded, hot, noisy and somewhat unsanitary there is no better place to try a huge range of affordable snacks and drinks. Don’t expect gourmet quality but it’s good fun.

Compared to other parts of Taiwan that I’ve visited, it felt like Tainan had a lot more on offer in terms of history and culture which is why I would definitely recommend a visit if you’re passing through the area.