Getting there is no mean feat as your choices area either a scary flight in a small plane or a stomach churning ferry journey (cheaper). I choose the latter, and while I managed to hold on to the contents of my stomach over the 1 hour trip, many others didn’t fare so well (see the video above to know what to expect). 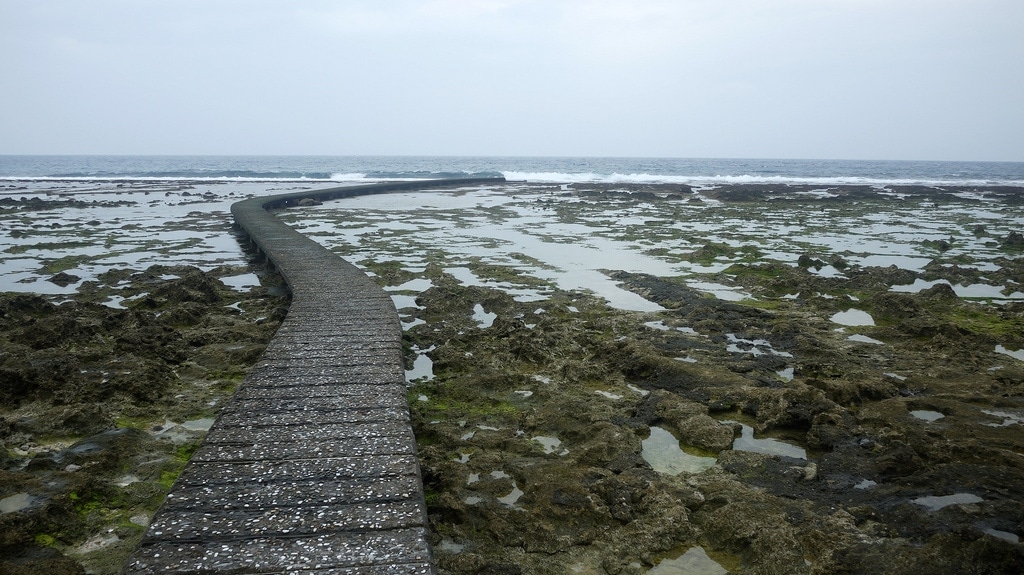 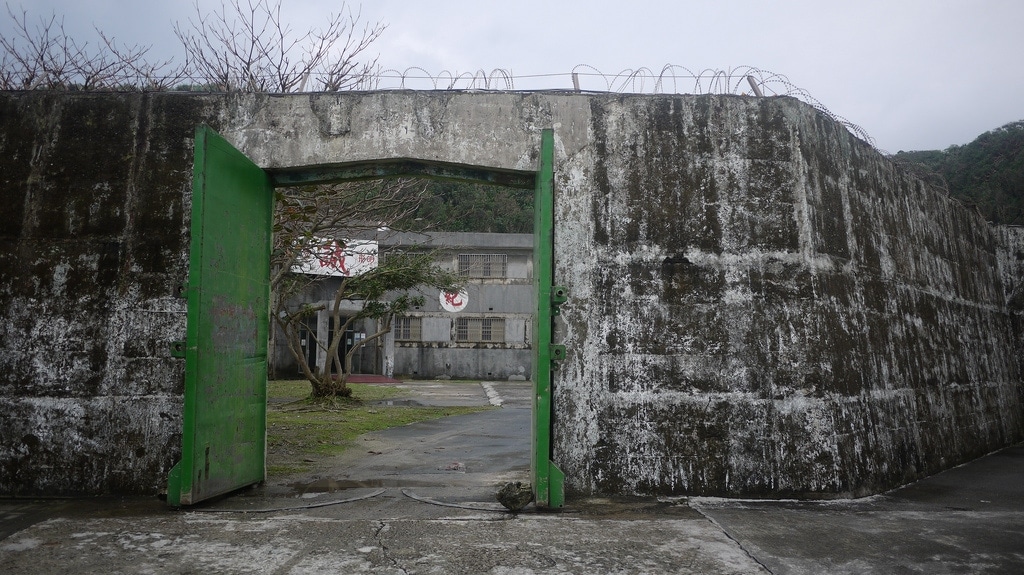 Bearing in mind that I knew practically nothing about the island at that time, half way around the 6 square mile island I was surprised to come across what turned out to be an enormous derelict prison camp. Seeing as there didn’t seem to be anyone around I literally drove straight up to the enormous steel gates and wandered inside. 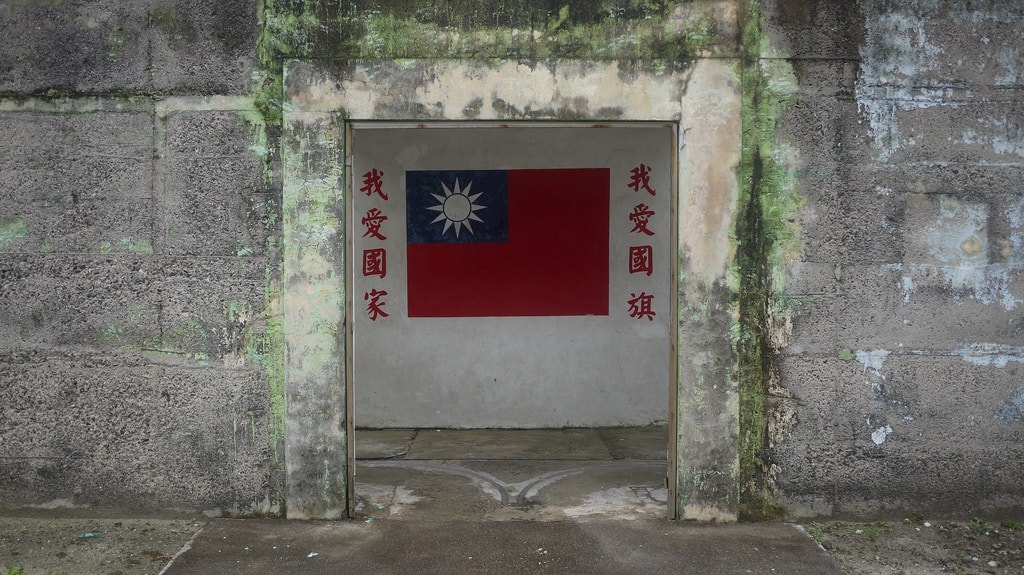 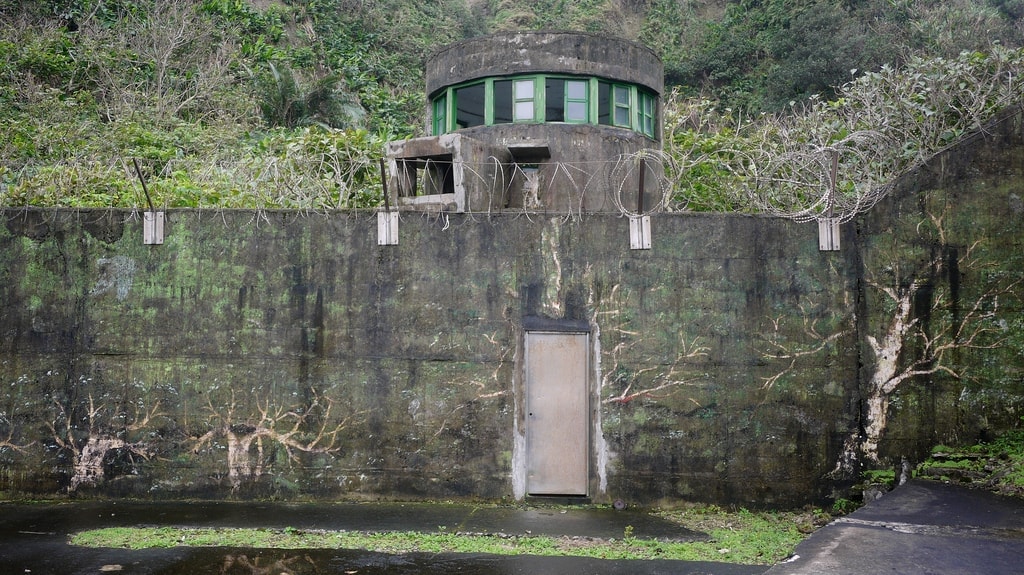 Separately titled as the “New Life Correction Center” (1951 ~ 1965) and “Green Island Reform and Reeducation Prison” (1972 ~ 1987) today they are collectively known as “Green Island Human Rights Memorial Park”. There is a small and rather tatty museum area within the park commemorating the suffering of the people who were interred there but other than this the prisons have been left open to slowly rot. 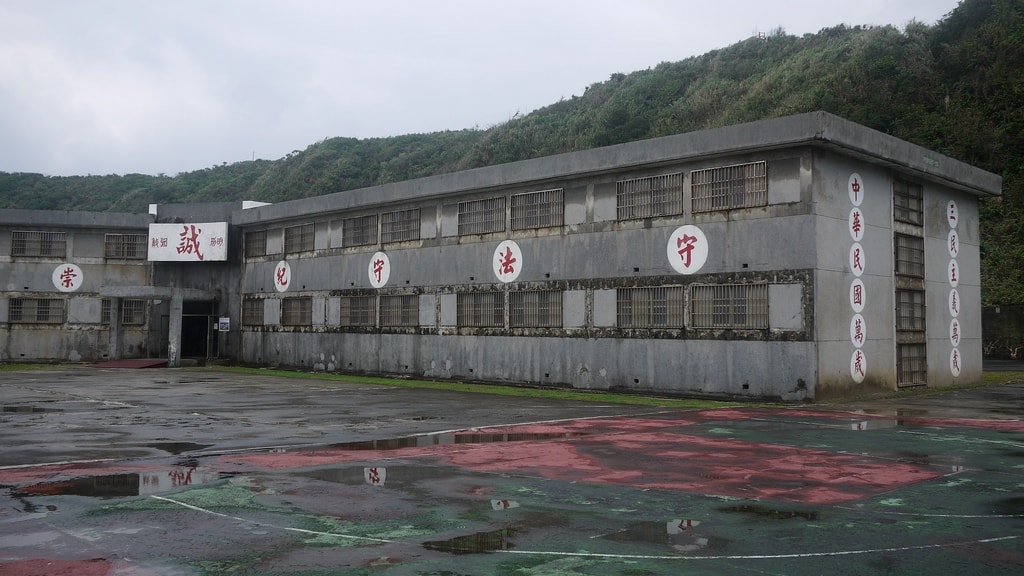 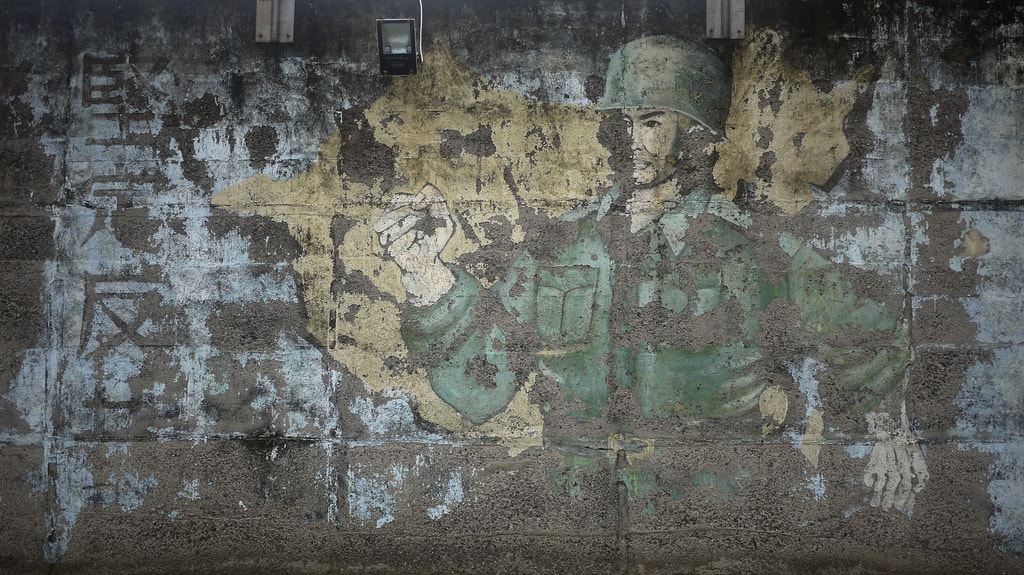 On the high prison walls mottled political propaganda slogans from the time can still be seen saying things like “Be firm against communism and ready to win”. 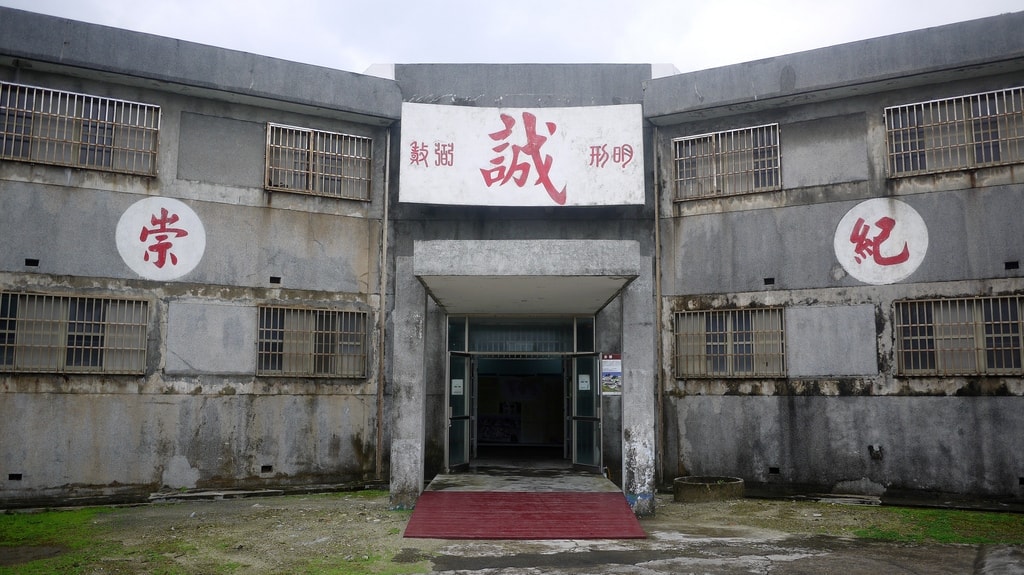 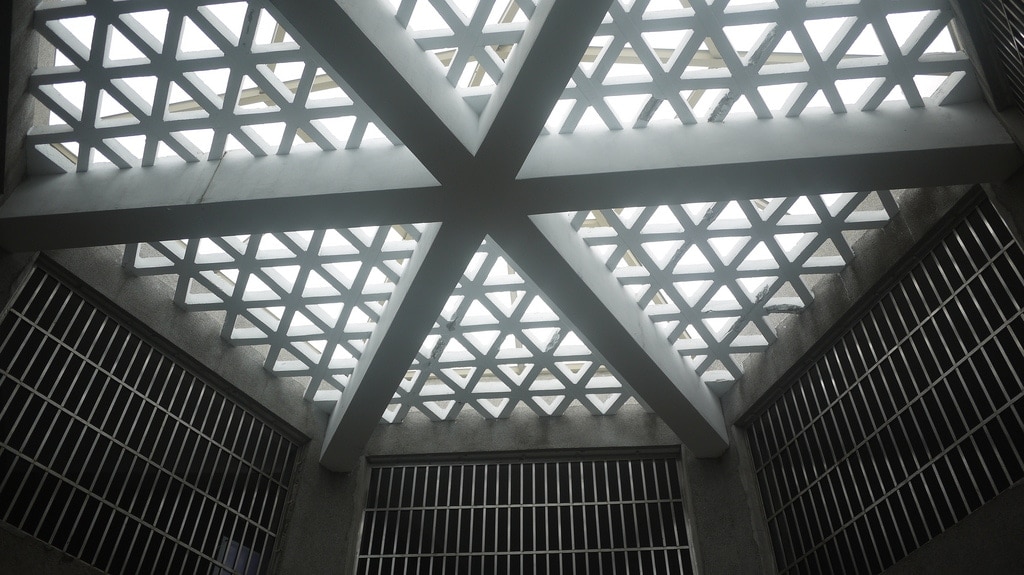 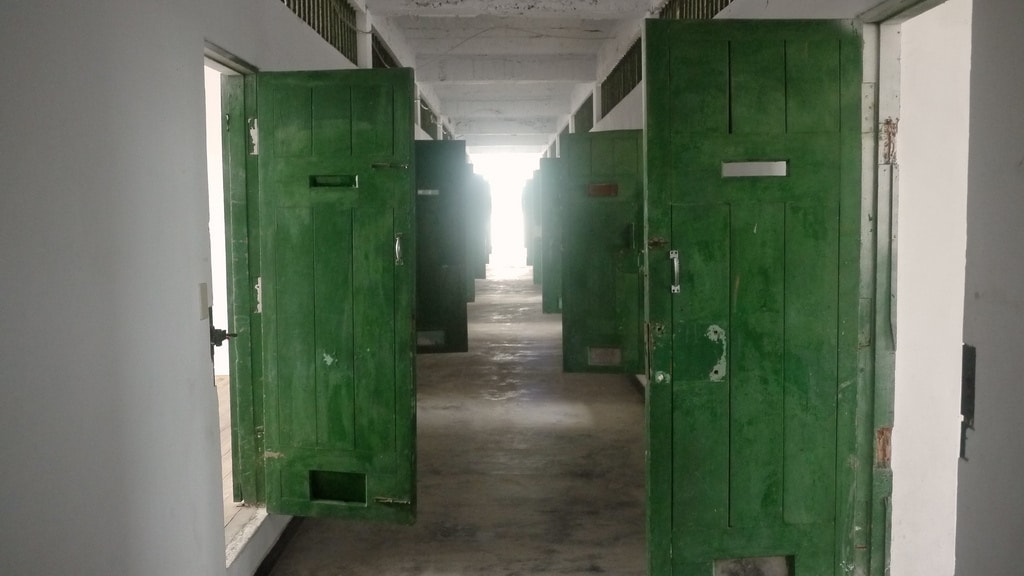 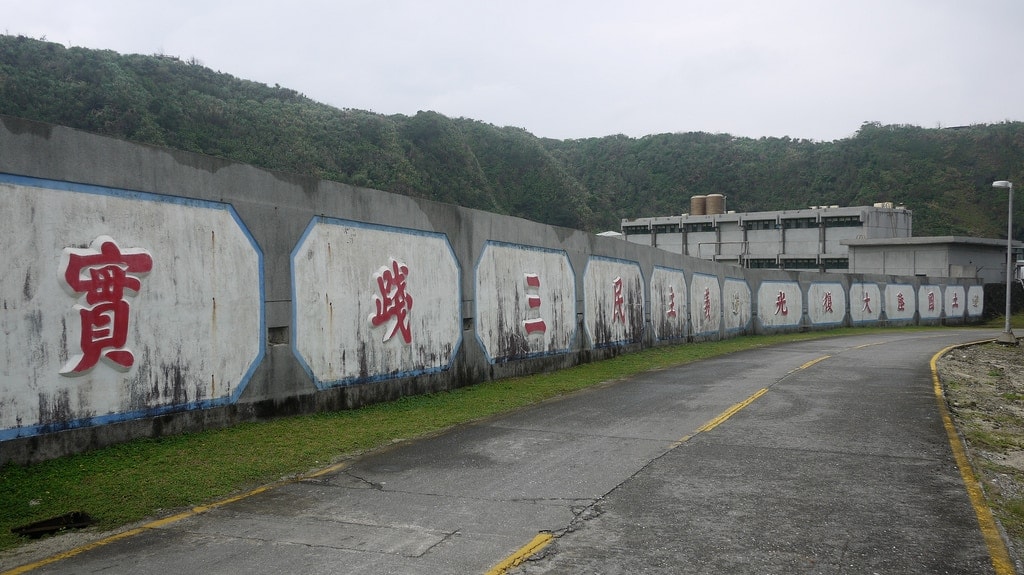 More slogans on the external wall declaring “Take back the mainland”. 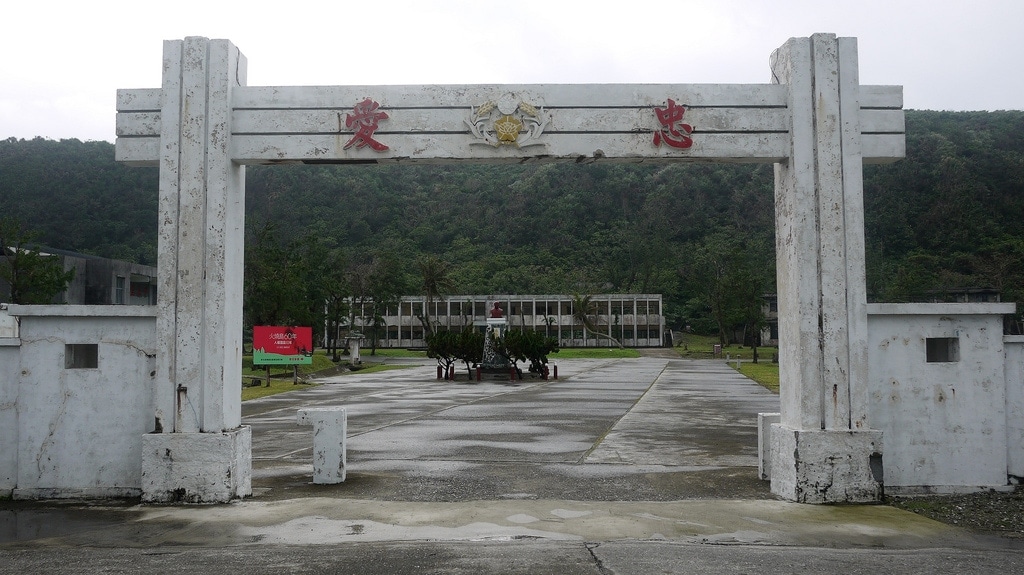 Outside the gate of the older “New Life Correction Center” things looked even more grim. 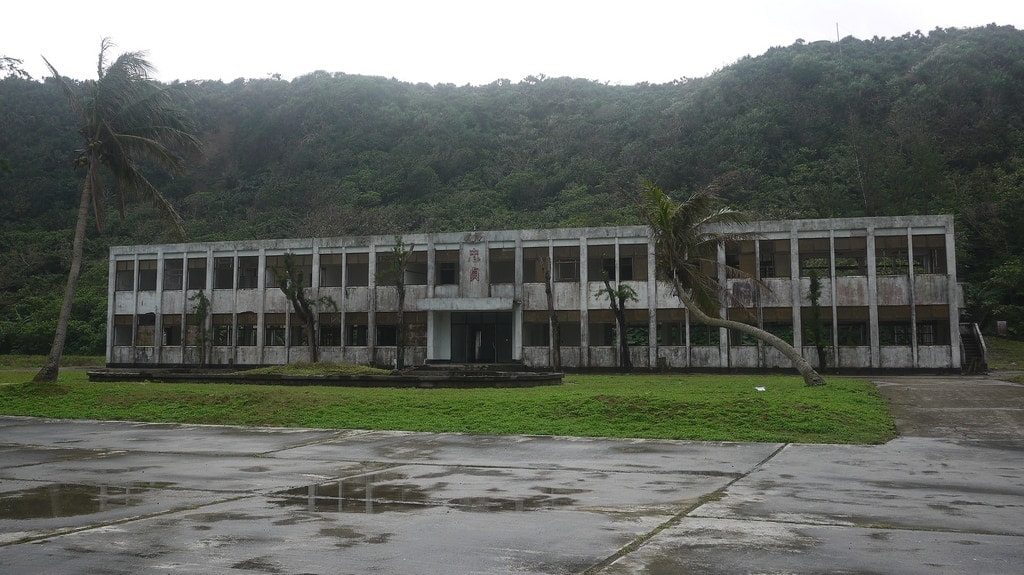 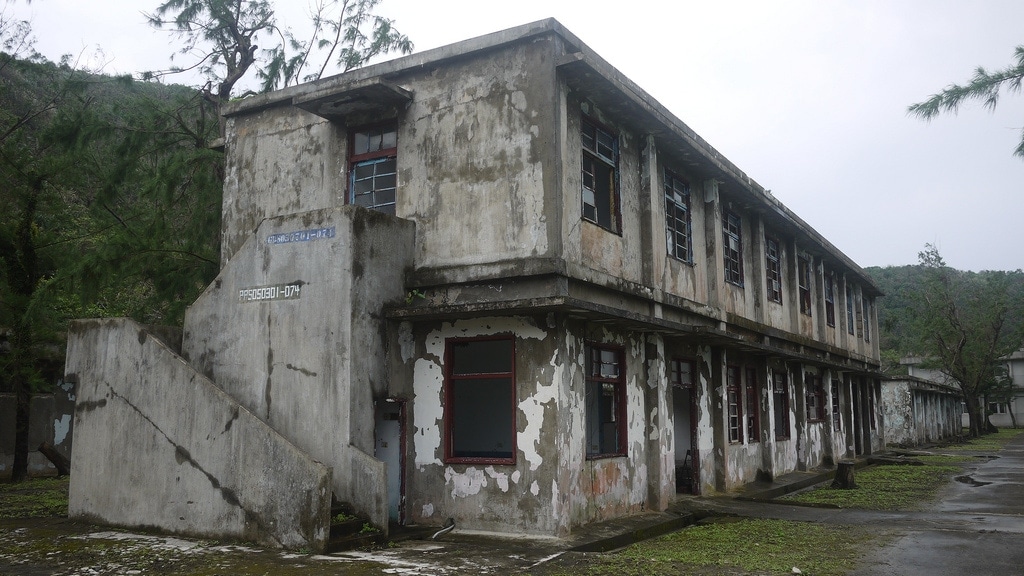 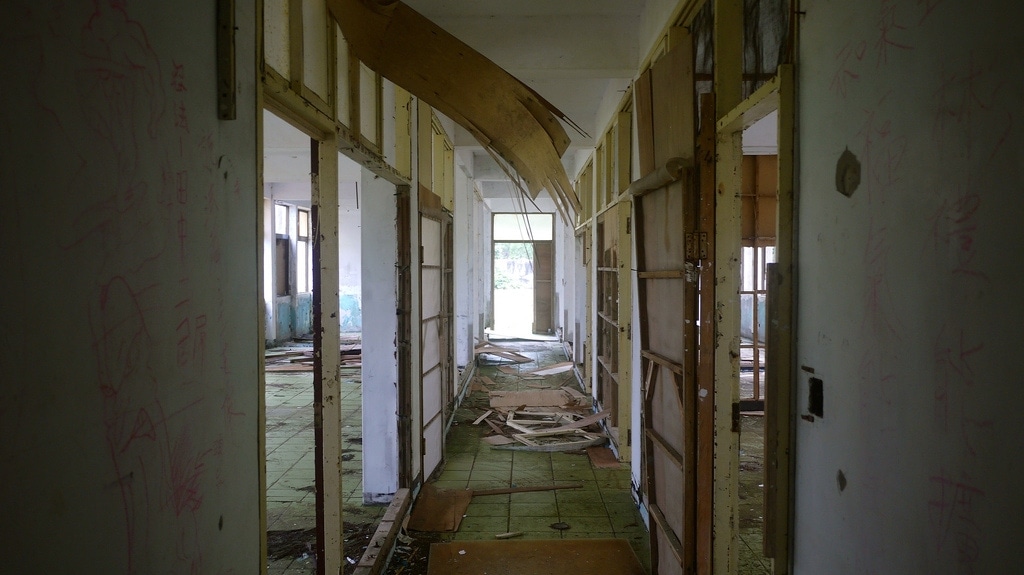 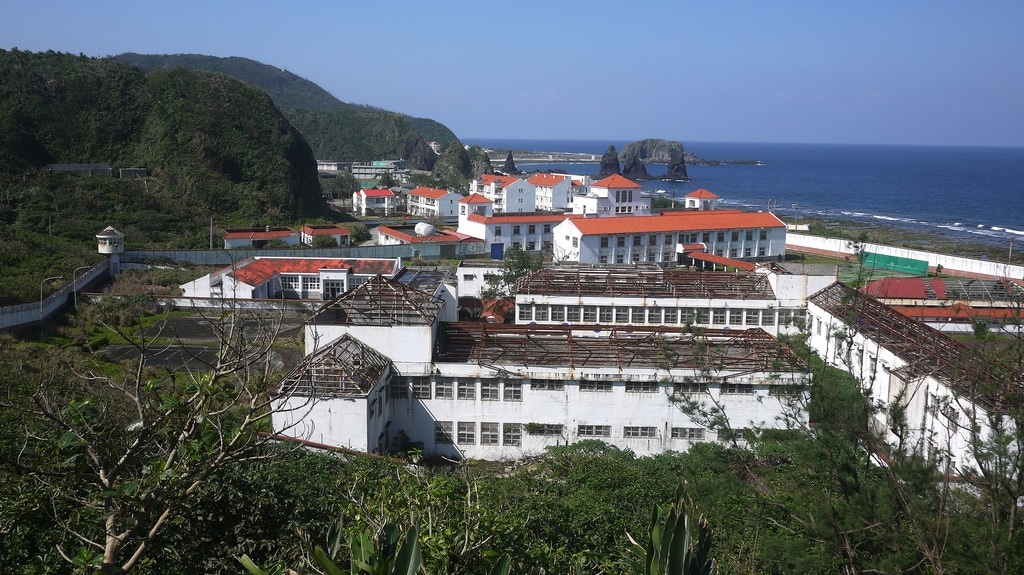 Nearby a vocational center used to rehabilitate prisoners with new skills is also falling into disrepair. 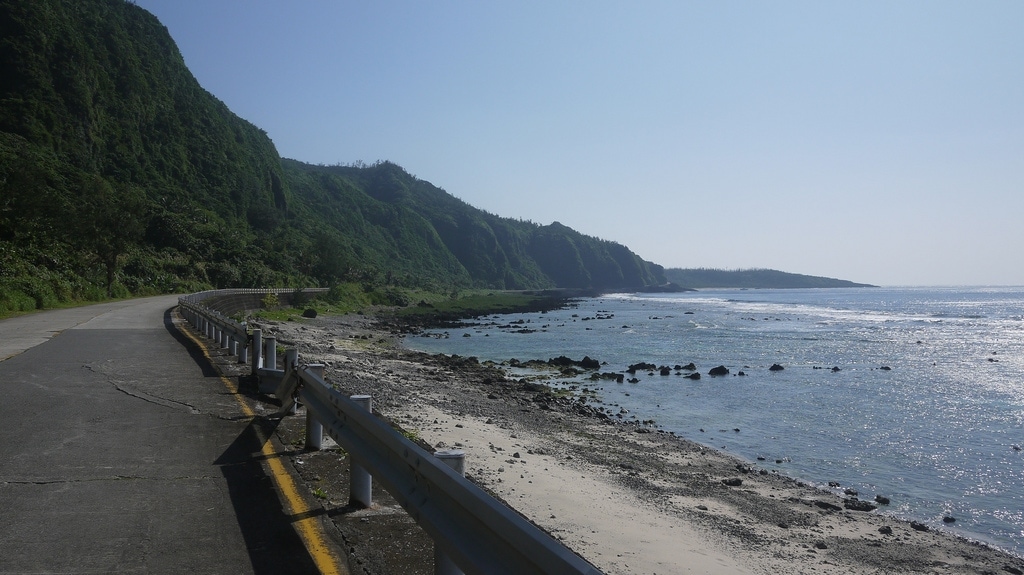 It’s also popular with local tourists and scuba divers during the summer. Since I was visiting off season not many of the shops or restaurants were open so there wasn’t much choice in what to eat. 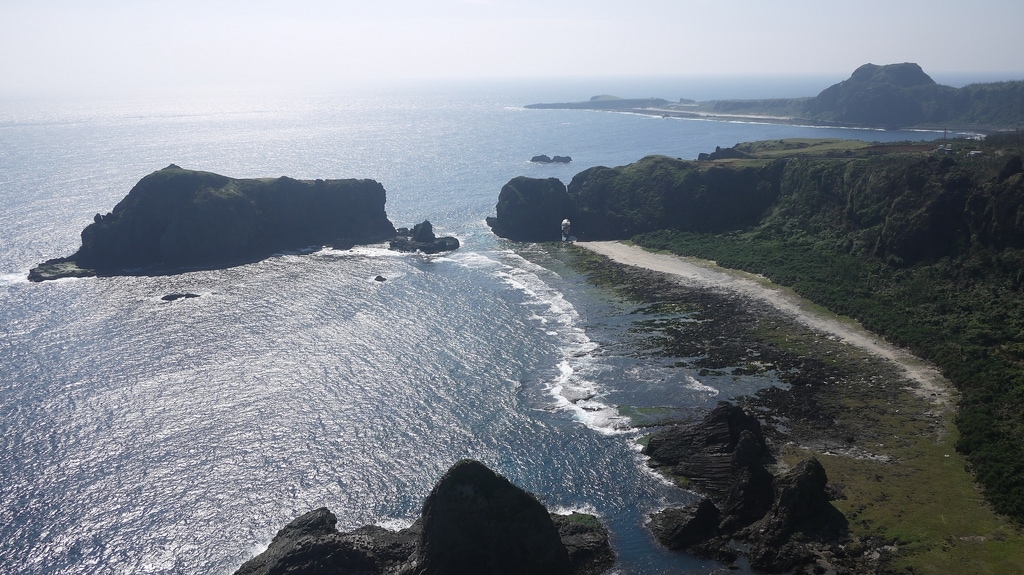 For some visitors the main attraction of the island is a visit to one of only 3 saltwater hot springs in the world. I gave it a try and wasn’t sure it quite lived up to the hype but was quite relaxing all the same. 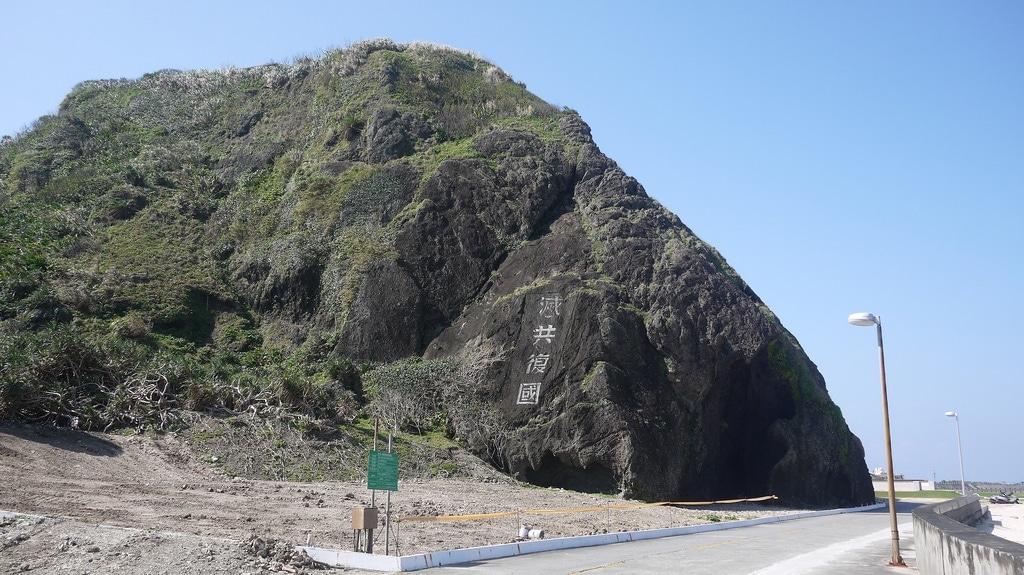 Back near the prison I spotted another slogan carved directly into the cliff face – “Exterminate the Communists, Restore the Country”. 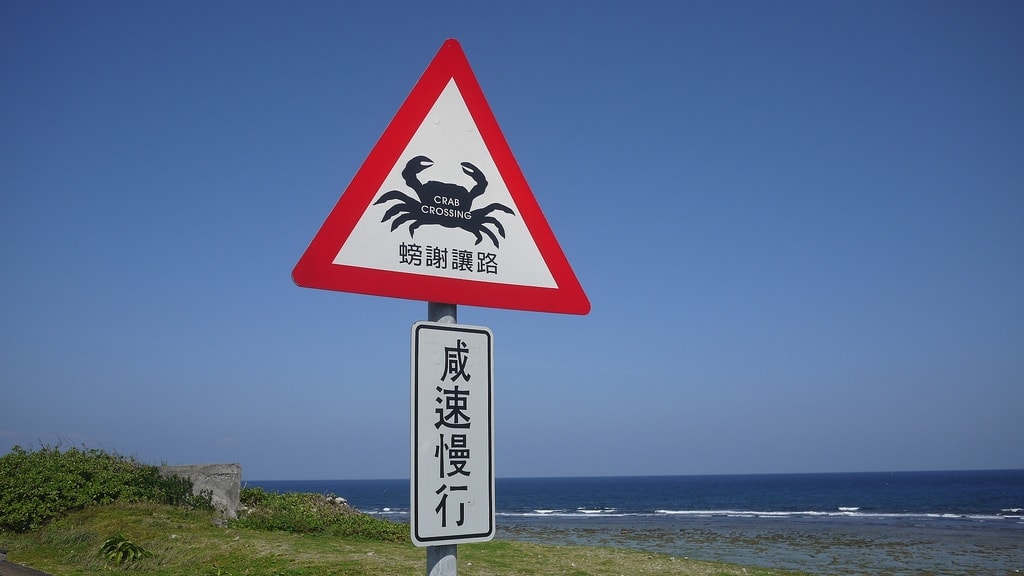 There’s a small lighthouse in the north-west corner of the island but it isn’t open to visitors. 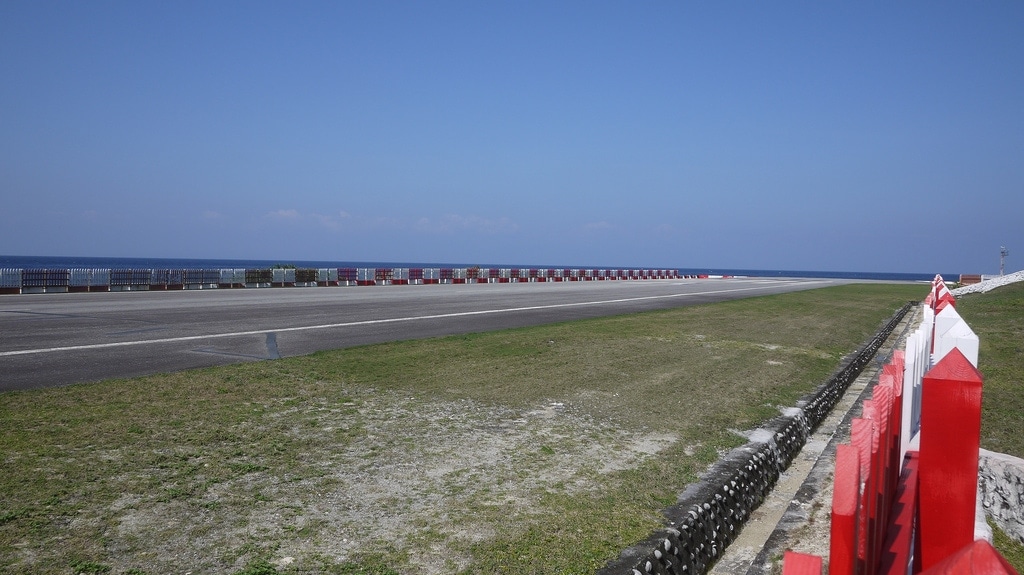 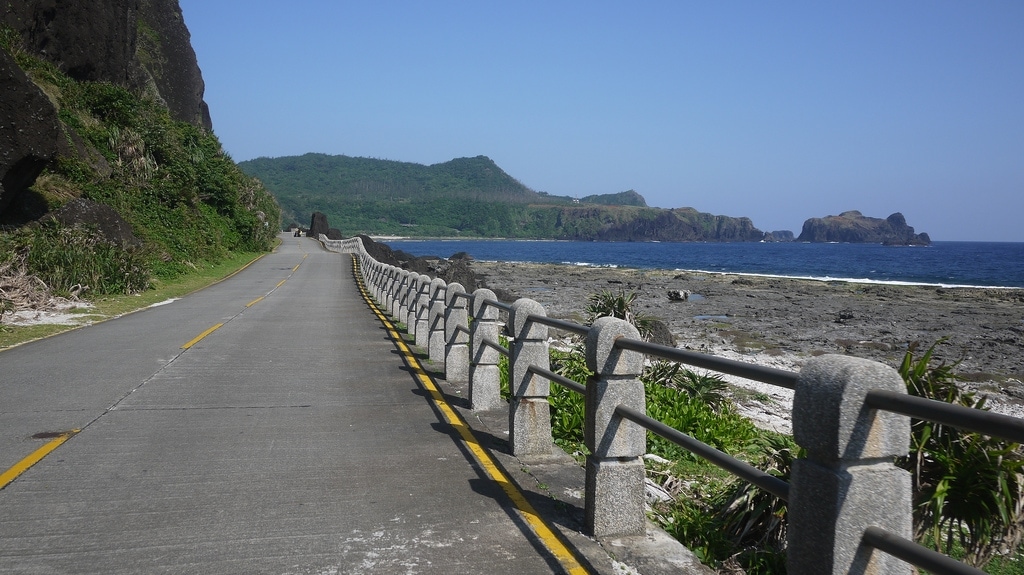