Yesterday, much against my better nature for a Saturday morning, I got up at the crack of dawn and joined my company’s photography group on a trip to Conghua Shimen National Forest Park, located about 1.5 hours north-east of Guangzhou and approx 3 hours from Shenzhen. Conghua is known as the “oasis” of the Tropic of Cancer with 68% forest cover and over 300 lakes and 180,000 acres of green mountains. 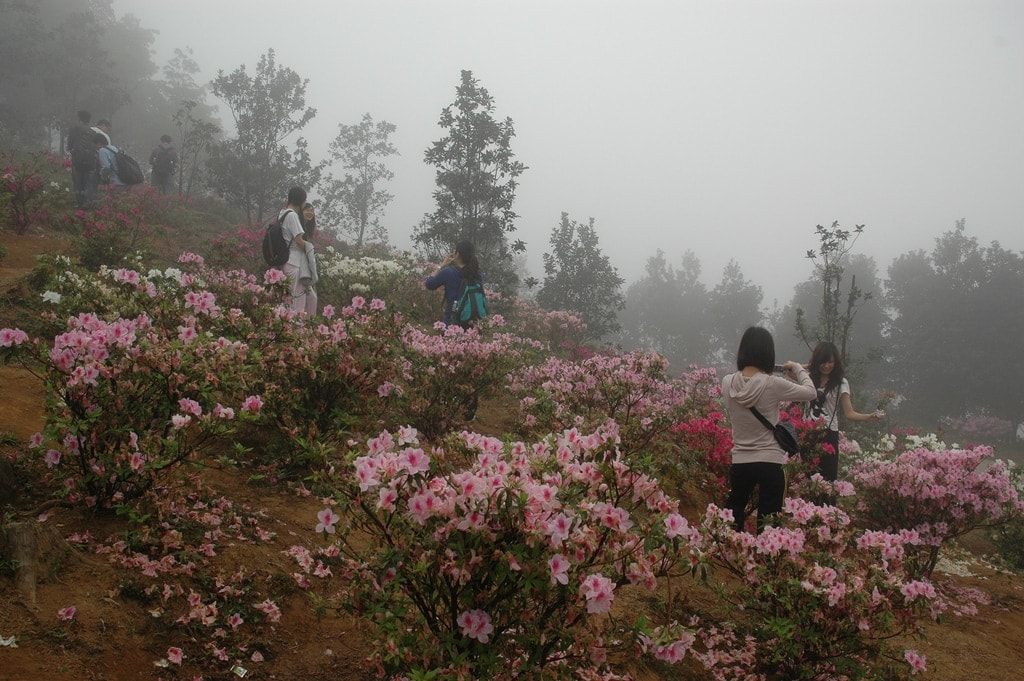 As we left behind the metropolis, driving in convoy, the winding roads took us though small farming villages where life is a much simpler affair and people exist in a style which has not changed significantly over the past half century. We had come to see the blooming of the oilseed rape flower fields but unfortunately as we ascended the mountain to over 1000m above sea level the top was shrouded in thick mist which reduced visibility to less than 20m. 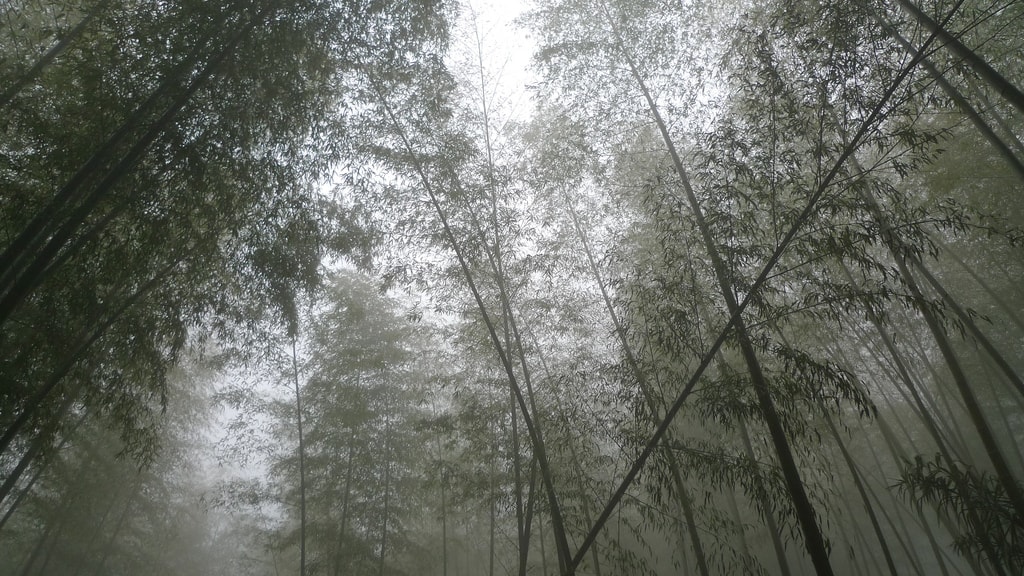 The fog filled bamboo groves create a unique and mysterious atmosphere which, although not very conducive to photography, was still well worth the trip. I’ve always fancied the idea of being a monk and living in a mountain top monastery free to meditate amongst nature and here I secretly hoped to be alone to enjoy the feeling in silence (something sadly a rarity in China).

After descending below the mist we came across a picturesque lake which was teeming with couples having their wedding photos taken. In China people have their wedding photos taken long before the actual wedding day which are then proudly displayed at said event. They usually take them in a variety of outfits, both traditional Chinese and modern western styles. As a man I find the whole idea ghastly but somehow imagine that the grooms don’t have much say in the matter!

At the other end of the lake a film crew were shooting a commercial for a Chinese bank with a massive crane hovering over the water and an actress in a boat below (not sure what she was supposed to be doing). Less than 10 minutes after I took this shot the heavens opened and they called it a wrap for the day. Will have to keep my eyes open to see if the ad shows up on TV.

By this time it was 5pm and time to head back to Shenzhen where we rounded off the day with a rather sumptouous dinner.