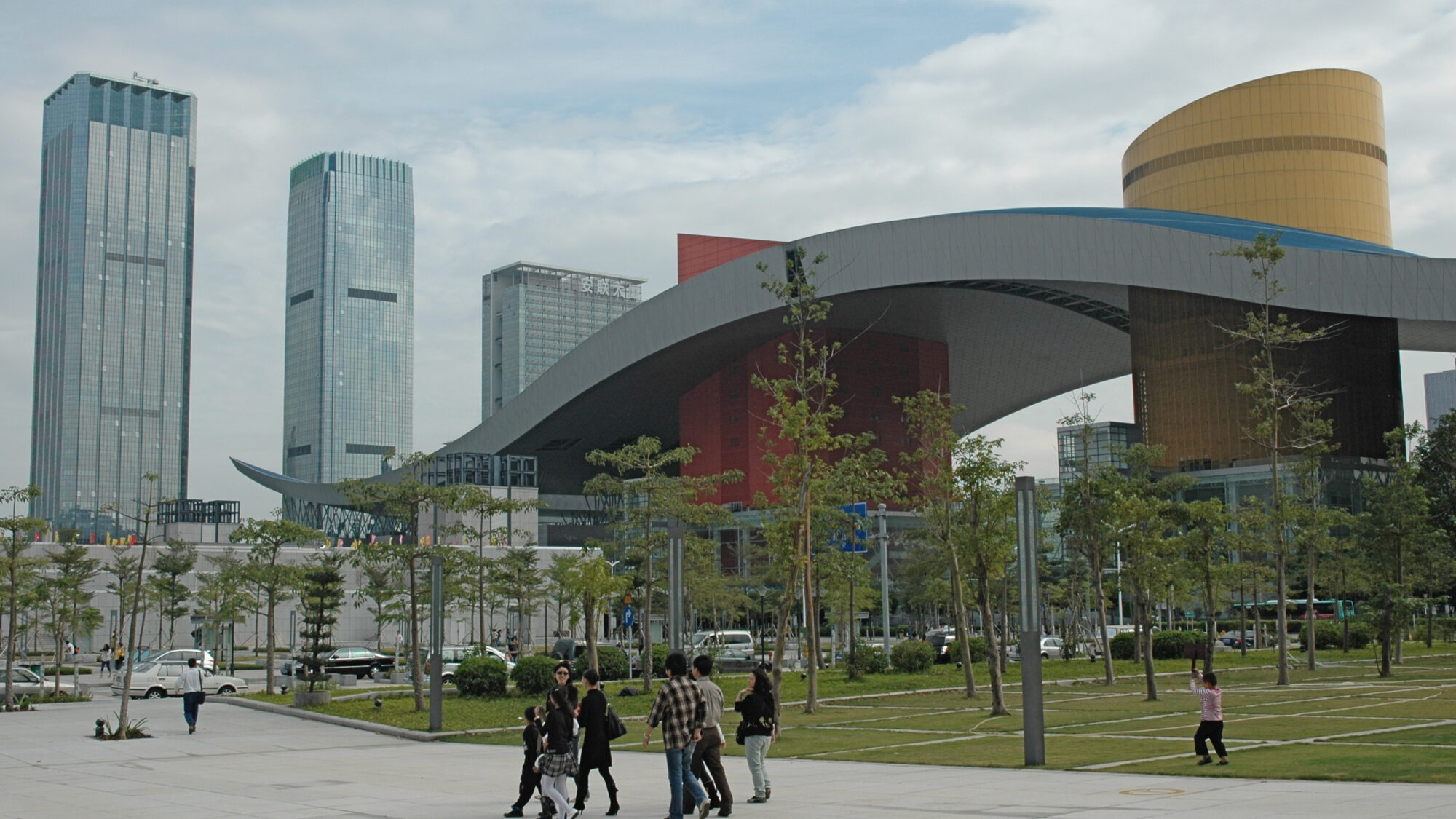 Shenzhen has got one of the most audacious looking city halls I’ve ever seen with the sweeping roof supposedly resembling traditional Chinese architecture and a bird in flight, as a symbol of the city’s upward growth. It even dwarfs some fairly large skyscrapers beside it giving you some idea of the scale – click the photo for a much larger panorama.

The roof is quite beautiful and elegant but the square red and circular yellow supporting columns are ugly and the lack of symmetricity upsets the balance between both sides. I can’t quite work out if I love or hate it.

Nearby is the main library, another building with an interesting roof, but for some reason, they didn’t appreciate me taking photos inside even though it appeared to be fine to use your phone! It was nice to see some civic architecture that for once wasn’t laden in oppressively heavy grey fake marble or covered in musty red & gold drapes as is so often the case in China. By contrast, the library is light & airy and propounds to contain over four million books covering six floors with 2000 seats.

For library buffs, it’s also the worlds second-largest RFID enabled library which provides full automation to the high volume of users through the new electronic tags.