It’s a little known fact that Hong Kong is comprised of 236 unique islands, the largest being Lantau Island and the second largest being Hong Kong Island which is the political and commercial centre of Hong Kong (where all the skyscrapers lie).

During my short trip to Hong Kong last week I decided to head out to Cheung Chau island which is comparatively small at around  2.45 km² with around 30,000 inhabitants mostly clustered in the developed central area. Traditionally it was a fishing village but today the economy is mostly related to tourism. 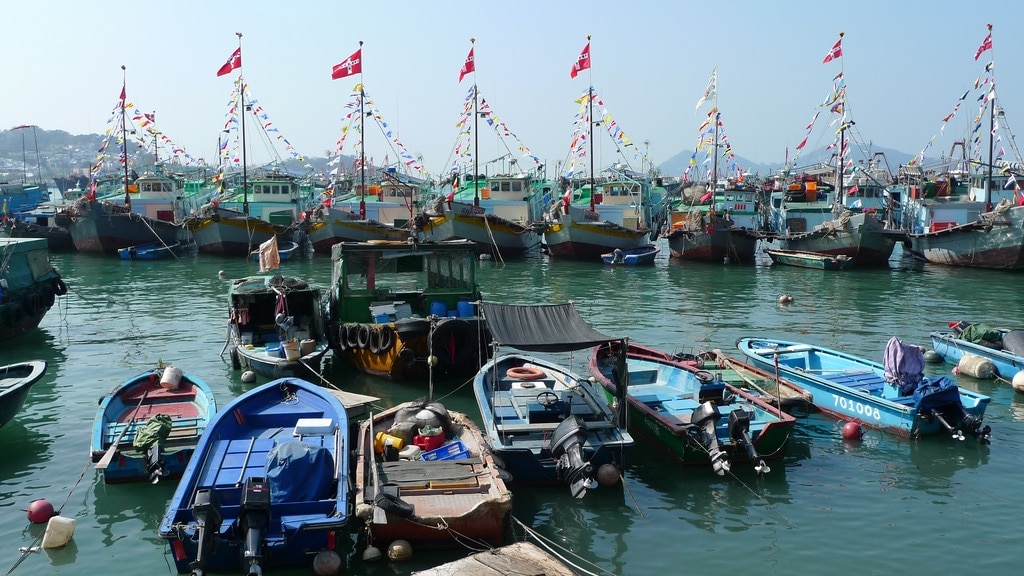 To get there you can take a ferry from pier 5 of the Central Piers on Hong Kong Island which takes about 40 minutes (there’s also a more expensive faster ferry) providing a pleasant trip in itself. When I arrived on Friday morning it wasn’t very crowded and I practically had the whole island to myself once I left the central area. Exploring the island can be easily done in a single day. I followed a walking route in my guide book which took me in a circular path around the most of the island including some beautiful beaches, small temples, a 3000 year old rock carving, and the alleged treasure cave of infamous 19th century pirate Cheung Po Tsai. The weather was perfect and I enjoyed the time away from the crowds you find everywhere else in Hong Kong. Unbeknownst to me at the time Cheung Chau also has a dark side as the ultimate get away from it all. With its many secluded holiday chalets it became a popular destination for people wanting to end their own lives and a spate of charcoal burner suicides a few years ago led to many landlords suspending short-term rentals. As you might imagine stories of apparitions have followed and you would be forgiven for drawing parallels with numerous Japanese horror films like Ringu. Aside from its rather macabre reputation it’s a beautiful place with a slow pace of life where one could easily imagine spending their latter years (think the south of France in the south of China!) or if you’re more short on time just an enjoyable day.