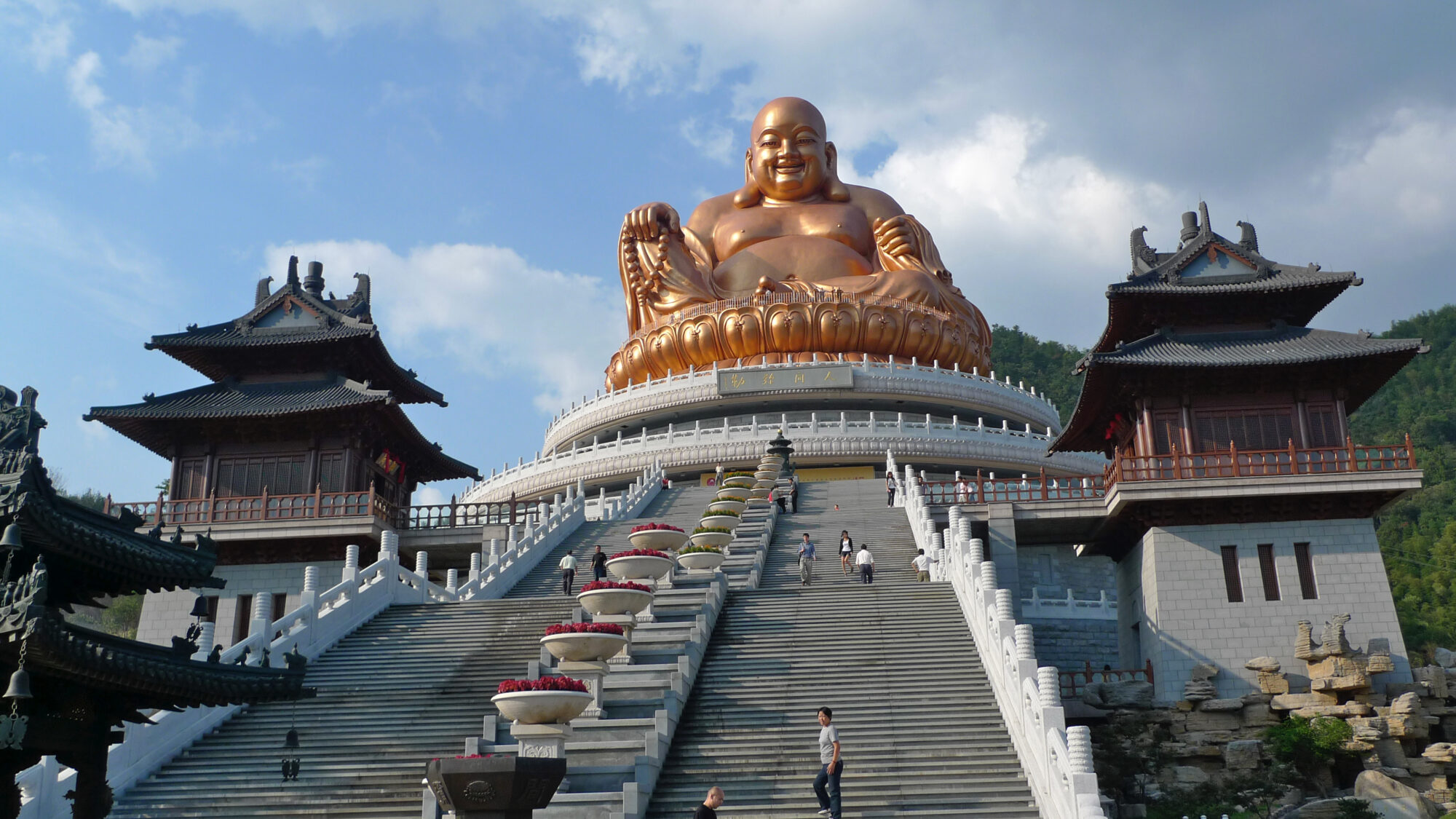 Yes, this is another post featuring a big Buddha but this time it’s in a city you’ve probably never heard of.

Ningbo is a seaport city of around 2 million people facing the East China sea, not far from Shanghai. The city is primarily oriented around trade and while it isn’t particularly famous it did have one interesting brush with history when during World War II Japan bombed the city with fleas carrying the bubonic plague. From this (and many other atrocities) you can get an idea why China still has such a deep hatred for their easterly neighbours.

I visited for a little over a day at the end of my previous trip around Jiangnan province and was pleasantly surprised to find a clean and modern city, quite different from most other middle-tier Chinese cities. After being treated to a sumptuous lunch I was taken to a brand new temple about half an hour outside the city centre. Clearly, the economic troubles were having little impact here as the temple had one of the biggest bronze Buddhas I had ever seen sitting atop the hillside.

After this, we paid a visit to the ancestral home of Chiang Kai-Shek nearby who was the Nationalist leader of China before the uprising of the Communist party (whom he had attempted to eradicate after the Japanese surrender in WWII). Surprisingly Chinese sentiments towards him are quite good (at least the people I spoke to) and the museum paints a fair picture of his life without any demonization you might expect. He died in Taipei in 1975.

In the evening we went for dinner in a restaurant near the port district. I have discussed at length in the past my dislike for seafood but somehow people always want me to taste the local marine wildlife. Whilst most of the dinner was delicious this time I got to try “hairy crabs” which were as unappealing as they sound.

Whilst Ningbo was a great day trip please people, no more seafood!