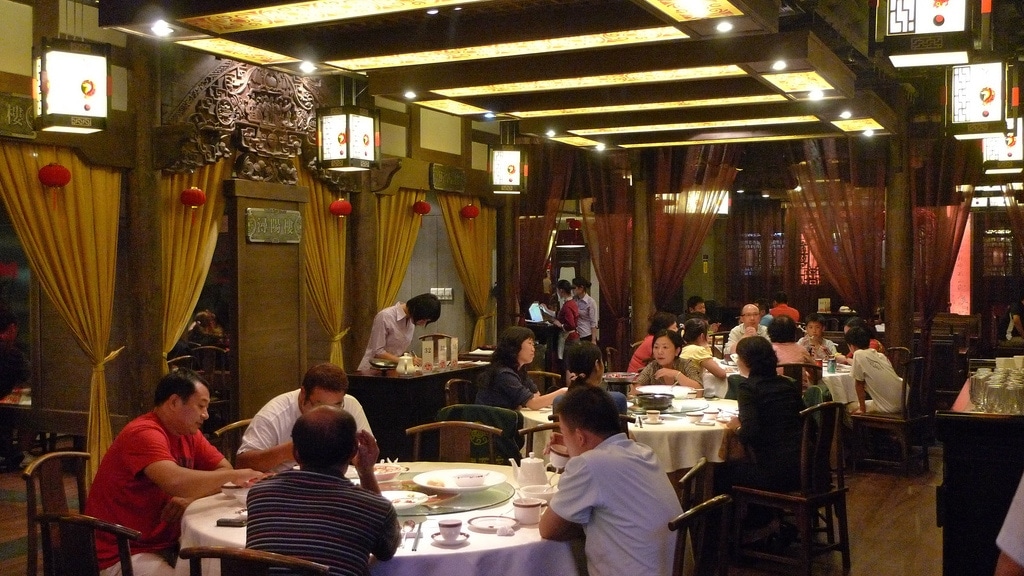 Last Friday after work I went out for a friends birthday at a Sichuanese restaurant called “Ba Guo Shu Feng” in Shenzhen. Situated in a rather up-market shopping mall the interior was very nicely done with traditional decoration and ornate lanterns hanging from wooden panelled walls. 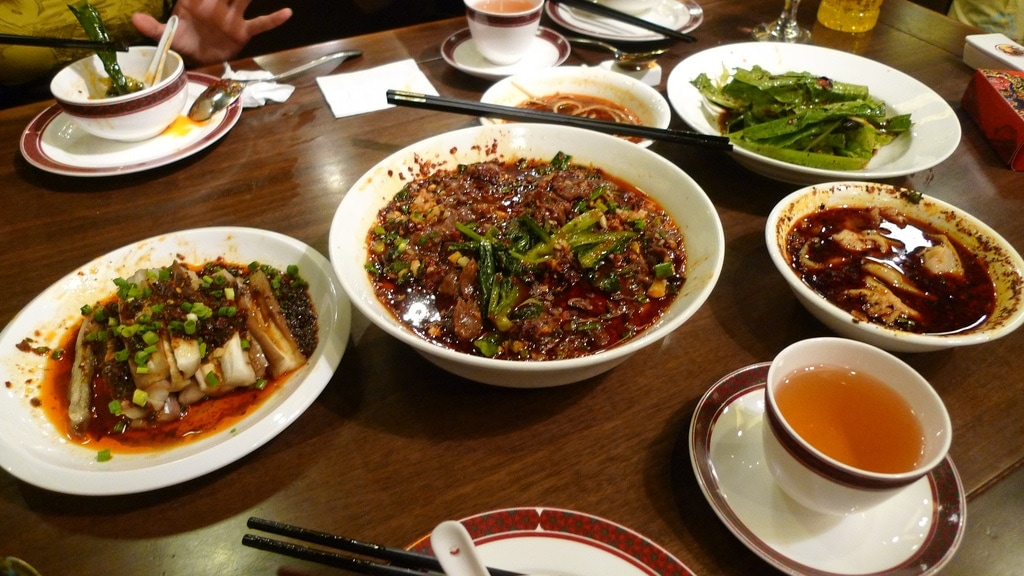 As you might expect all the dishes were very spicy. We tried eggplant, beef with vegetables, dumplings, noodles and a sort of salad (top right) which turned out to be one of the hottest things I’d ever had!  All the food was pretty good and beautifully presented although a strong stomach is needed for all the chillies. 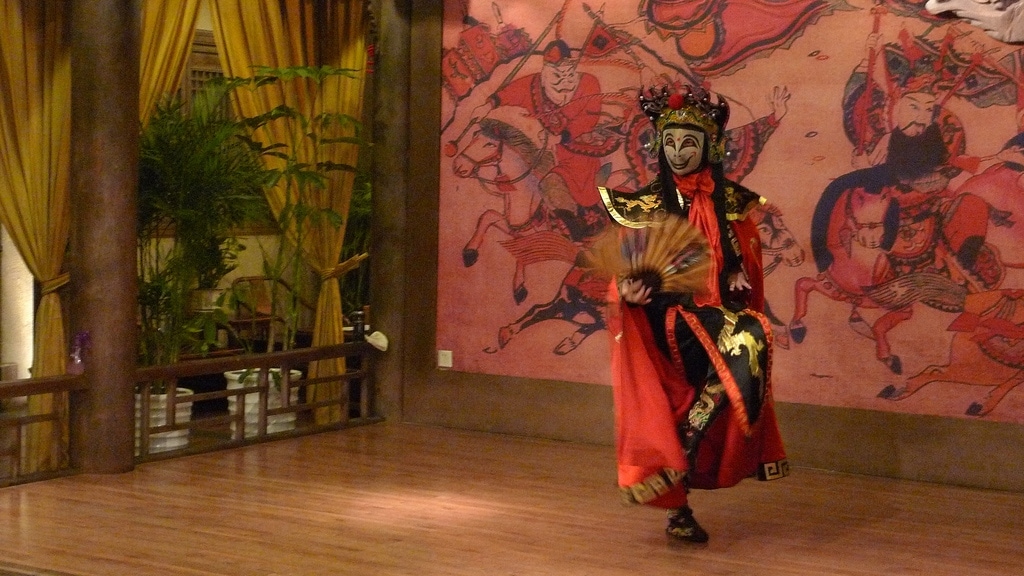 During the evening the restaurant also had a performance of “Bian Lian” (meaning “face-changing”) which is an ancient Chinese dramatic art that involves performers wearing brightly coloured costumes and moving to quick, dramatic music. They also wear vividly coloured masks, which they change within a fraction of a second. It’s quite an impressive feat which is hard to capture as they move so fast! The changing faces reflect a character’s mood: for instance, red represents anger and black represents extreme fury. The exact method by which the performers change the face is a closely guarded secret that is passed down from generation to generation (males only) although it is believed that most involve wearing silk masks in layers which can be pulled off one by one. 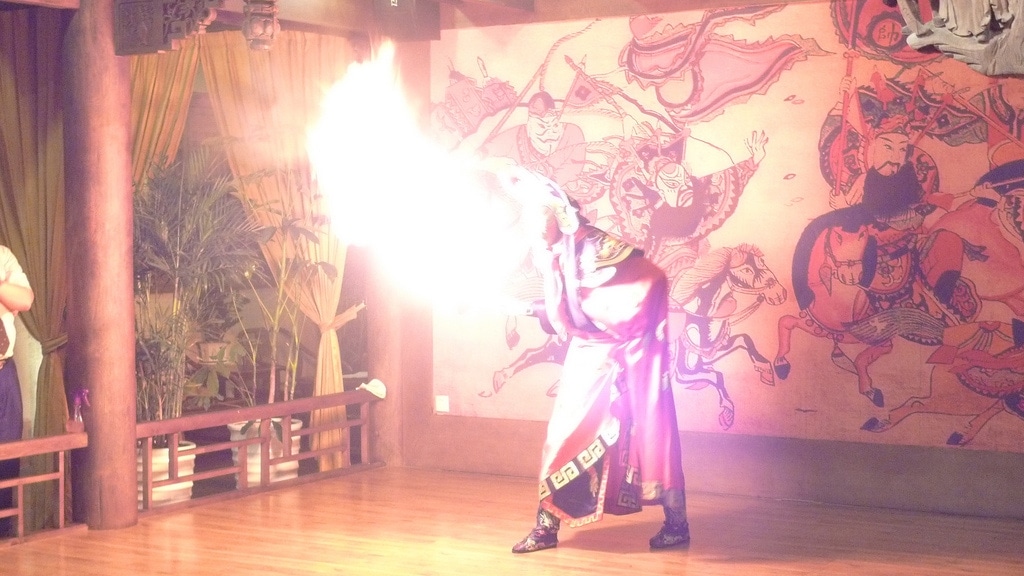 After changing faces the performer proceeded to fire breath as well which felt somewhat dangerous in an enclosed wooden space but thankfully China hasn’t quite caught onto “health and safety” regulations  yet. A fun evening was had by all 🙂