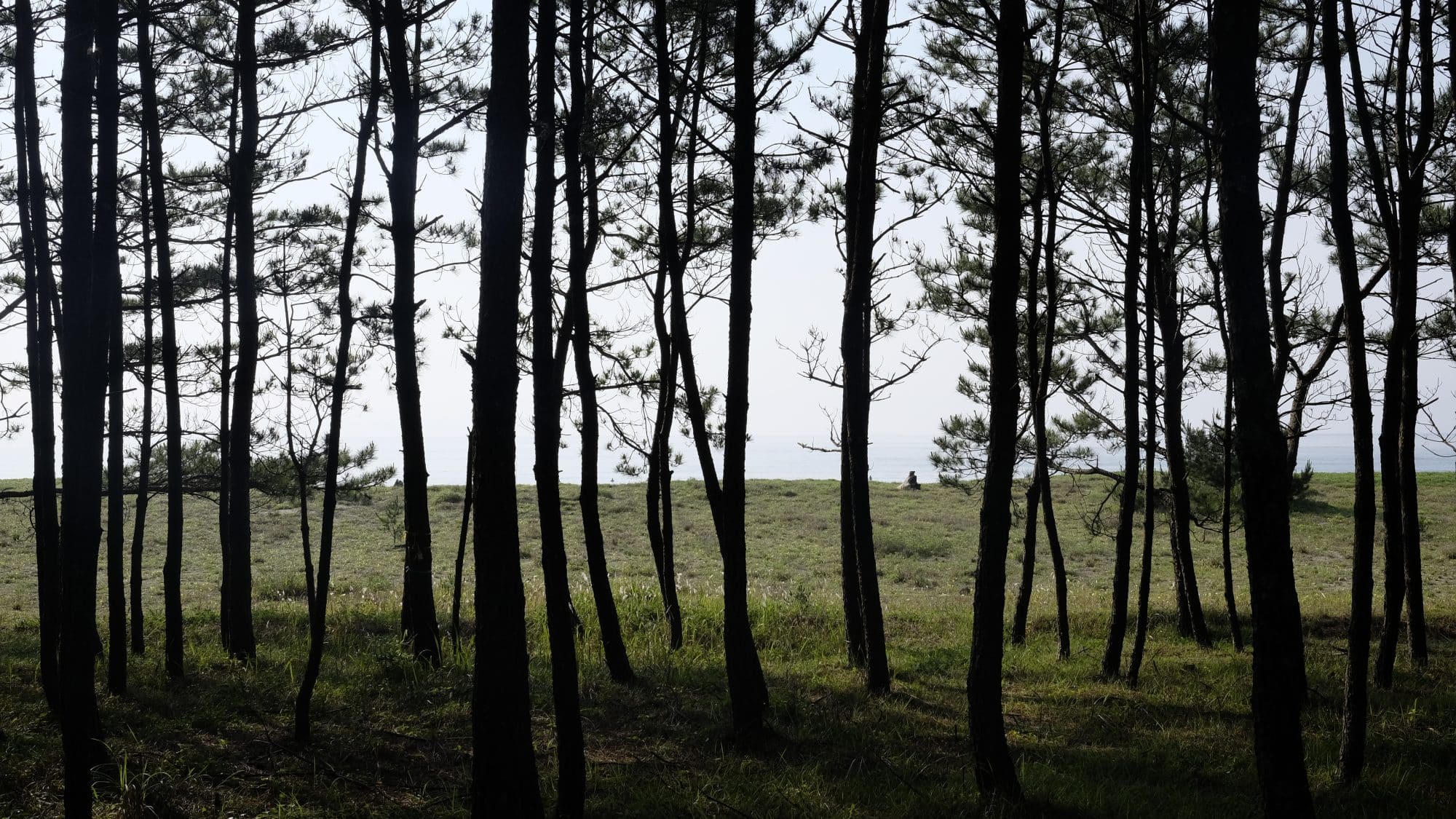 After a restive night I woke this morning to find my tent pretty damp, probably because of my close proximity to the sea, so it took a while to let it dry out before packing up.

Setting off at 7.45 am I walked through the pine trees next to the beach watching the intrepid surfers who had been there since sunrise. Bobbing up and down, they looked like a group of seals waiting to catch the right wave.

Not for the first time, I bumped into Anpanman (アンパンマン), a hugely popular kids’ cartoon character whose author, Takashi Yanase, came from Kochi. His name comes from the fact that he is a man with a head made of bread (pan) that is filled with red bean paste (anko). When Anpanman comes across a starving creature or person, he lets them eat part of his head. Come to think of it, I was feeling a bit peckish…

For most of the morning, I followed the Sawa no tōge Pass down to the Shomanto Ōhashi Bridge where I bumped into Y-san, the same henro I’d previously a couple of times in recent days. It turns out he’s doing the pilgrimage one prefecture at a time, returning home in between each.

During the early afternoon, I crossed the Izuta Pass which is an old henro trail that bypasses the modern Shin-Izuta Tunnel. It was a great climb up into the mountain along a disused road that eventually turned into a path through a bamboo forest.

The path doesn’t look very frequently trod and I came across hoof prints, probably from wild boar which I wasn’t keen to encounter.

Once the trail rejoins the main road I found a nice restaurant where I had maguro don (raw tuna on rice) for lunch. On my way out the kind owner handed me a small package containing bread and a drink as osettai.

From here it was an easy 5km walk to Lodge Camellia where I’m staying tonight. It’s a really nice small but modern guest house with only three rooms. They provide curry rice for dinner and bread for breakfast.

Tomorrow I should reach Kongōfuku-ji (金剛福寺 – 38) and the most southerly tip of Shikoku. From there I have a number of options as to which route I take to temple 39 (long, longer or very long).