It’s been another busy day at work – with a never ending stream of broken computers and corrupt software there’s always something to do! Unfortunately I had to turn on ‘Comment Moderation’ on the site today due to unscrupulous monkey-loving (??) people abusing the system – this may or may be a permanent feature depending on how things go 😉 Just time for a foreign film review of something I watched yesterday: 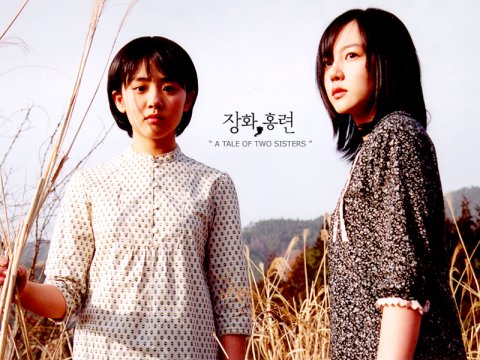 Every now and then you get a film which stands out from the rest in terms of its originality and quality – ‘A Tale of Two Sisters’ is certainly one of them. Korean cinema wasn’t particularly renowned for psychological thrillers (from what I read) but that has all changed now with this particularly thought provoking piece. Not many films make you really scratch you head with intrigue quite like this one which claws at the mind with its surreal imagery in a world so removed from reality. 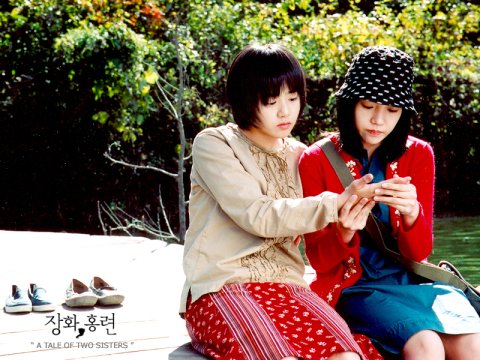 On the face of things ‘A Tale of Two Sisters’ is a story about two sisters (surprise, surprise!) going to live with their cruel stepmother and their estranged father. They appear deeply unhappy and arguments soon break out. For around the first 45mins of the film we are led deeper and deeper into their rather creepy world where soon nightmares begin to blend with reality. From the outset you get the feeling that nothing is really what it seems and this is true in more than one respect with the perspective of the story telling being the crucial element (without giving two much away). 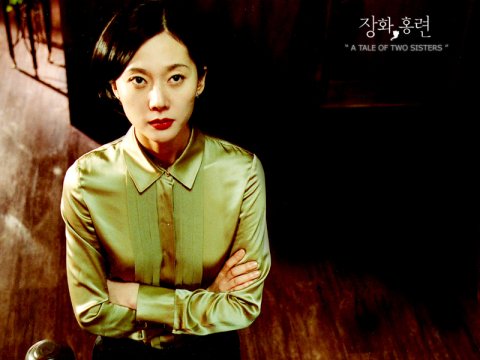 The house in which they live is obviously very old and the flower-patterned wallpaper (Laura Ashley style) which covers virtually every wall is somewhat sinister in its cheery depiction of the gloom contained within. Dark closets and the gaps beneath furniture provide the perfect hiding places for the ‘other’ inhabitants of the house. Quite what those ‘other’ inhabitants are is left up to the viewer’s discretion and is never directly explained. 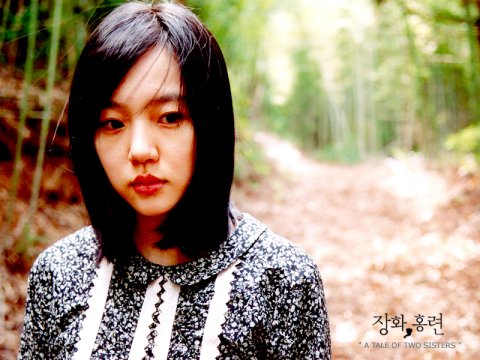 As the film progresses things appear to begin to slot into place only to be dislodged again as the story takes its twisting path leading to its ultimatum which although not particularly dramatic still rounds things off nicely with plenty of scope for questions. The sisters, Su-jeong and Su-mi play their parts perfectly and the spectrum of emotions they experience are totally convincing. Their portrayal of mental turmoil and desperation is particularly haunting and not to be forgotten in a hurry. 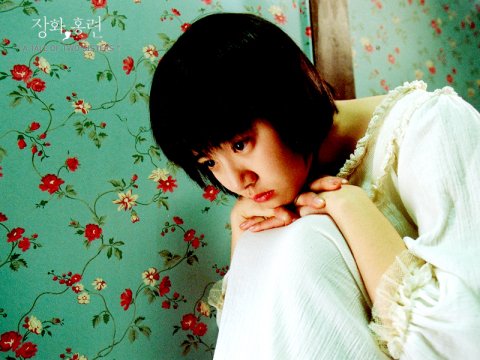 The film is shot beautifully with both dark and vivid moments capturing the mood throughout. Very little CG is used but where it is it’s seamless and appropriate with nothing going over-the-top as is often the case today. Some people may find the film a little slow as there are no real action sequences but the suspense that is built up from the outset more than makes up for this. 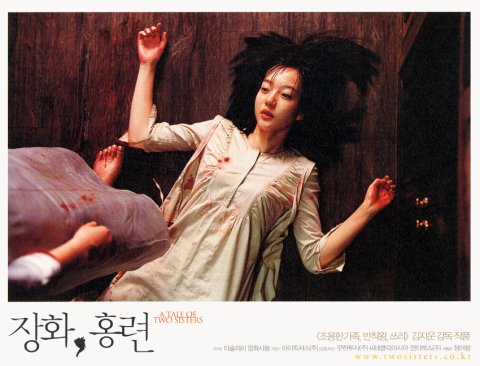 I would highly recommend watching ‘A Tale of Two Sisters’ at least once if not twice to get your head around it! For a more in-depth review see here and here. You can get the DVD on CD-WOW or off eBay.