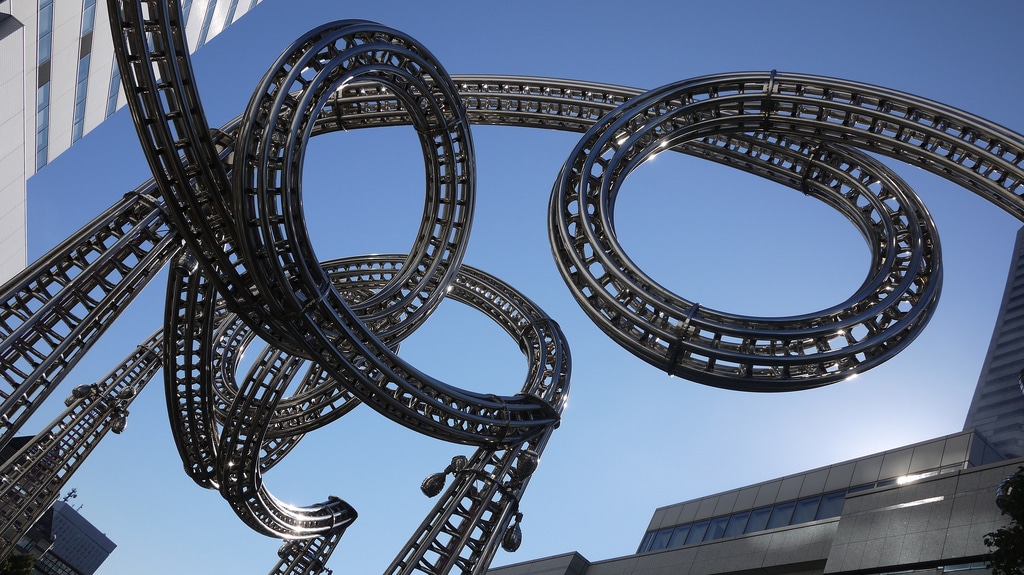 During my week in Japan last November I took a couple of trips outside the capital to nearby cities, the first being to Yokohama (横浜市) which lies south of Tokyo in Tokyo Bay – a half hour journey from Shibuya on the Tokyu Toyoko Line (東急東横線). 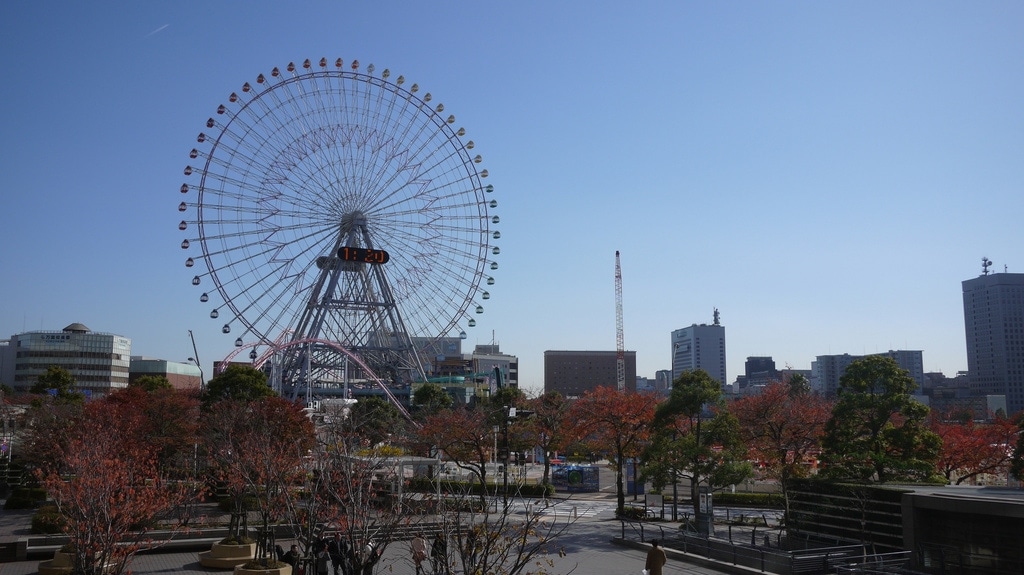 I got off at Minatomirai (みなとみらい) station in an area known as Minato Mirai 21 (みなとみらい21) which translated means “Port of the Future in the 21st century”. After exiting the shopping mall above the station the first thing you’ll see is the Cosmo Clock 21 which is a giant ferris wheel combined with the worlds largest clock. This particular vision of the future was conceived in the 1980’s and as such is looking a bit dated and overly stark. 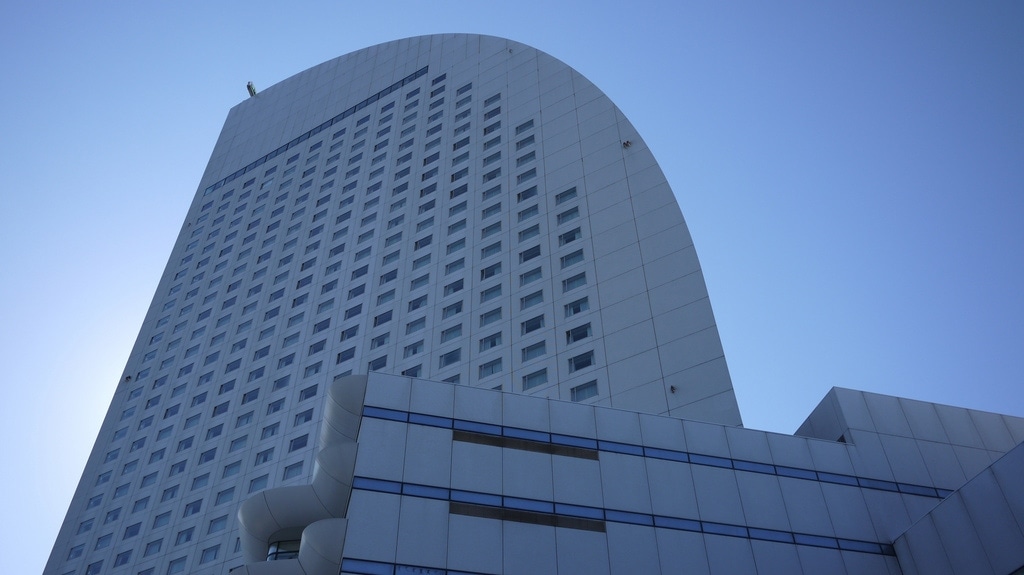 The InterContinental Yokohama Grand hotel is shaped like a giant yacht sail. 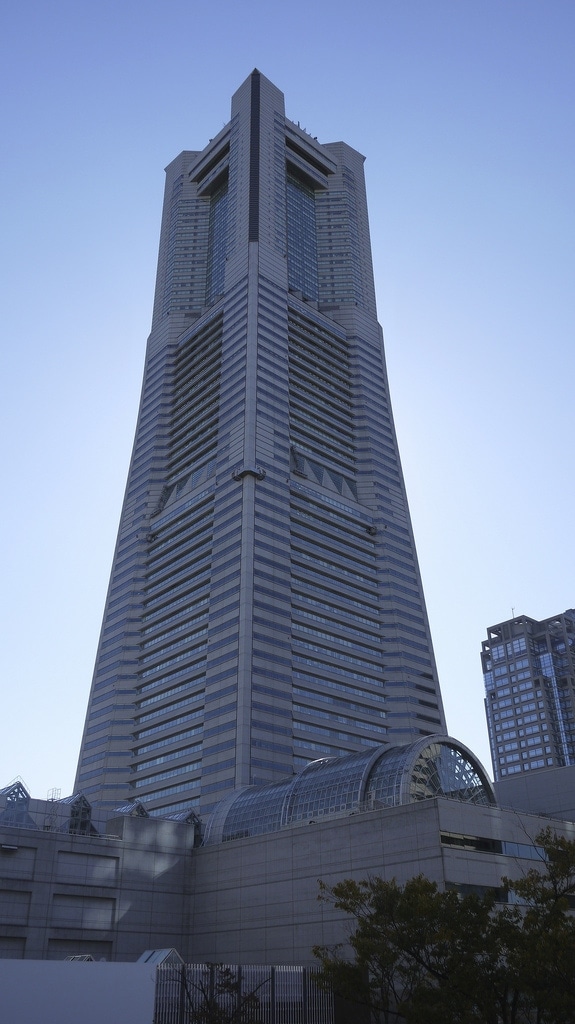 Nearby is Japans tallest building – the Yokohama Landmark Tower (横浜ランドマークタワー), standing 296 m high. It reminded me a lot of the Tokyo Metropolitan Government Building – not exactly pretty. 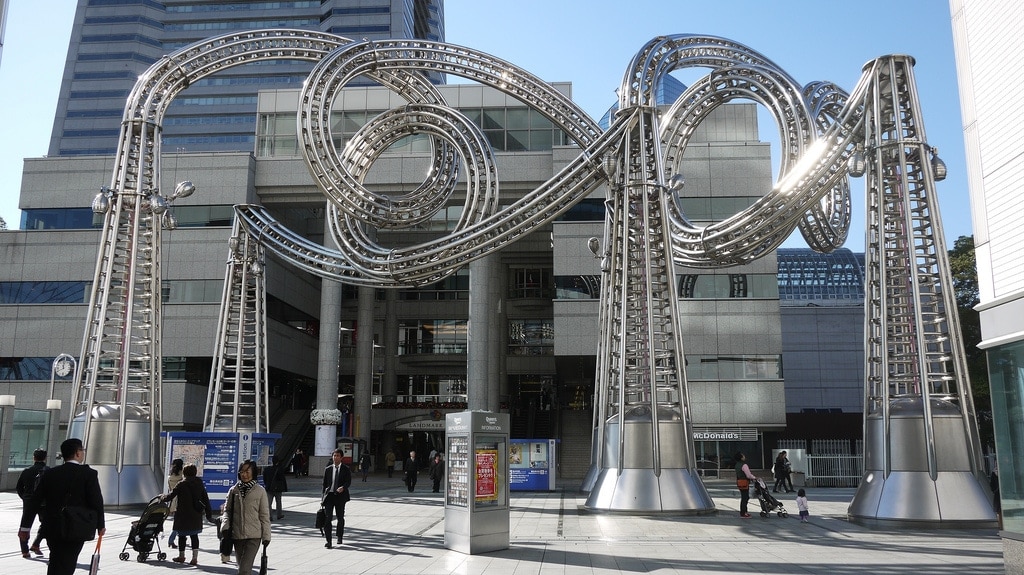 Outside is an enormous steel sculpture called the ‘MokuMoku WakuWaku Yokohama YoYo’ which was designed by Hisayuki Mogami in 1994. Rather bleak and sterile boulevards. 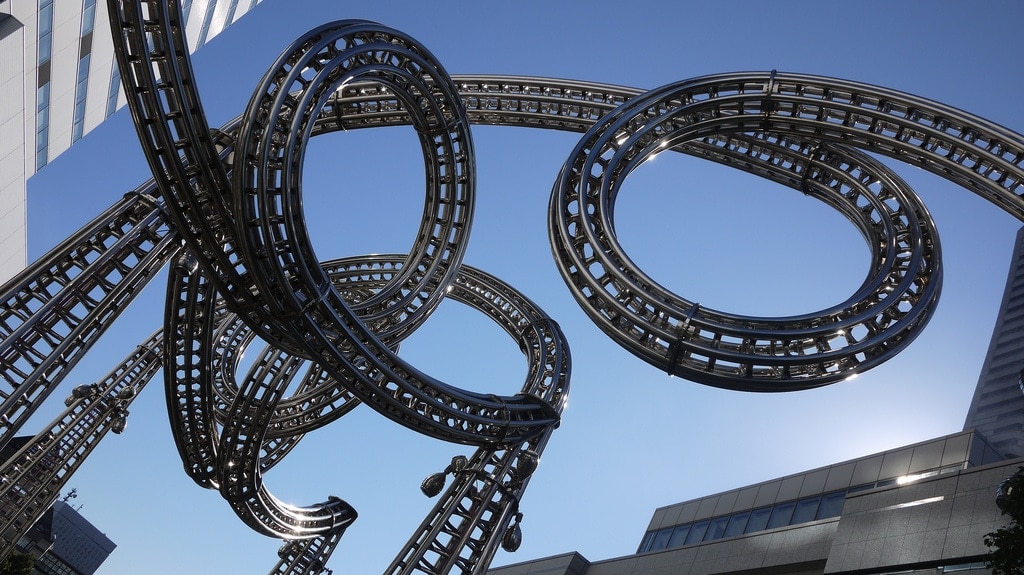 More of the twisted YoYo. The Nippon Maru, a historic navel training ship, is docked outside. 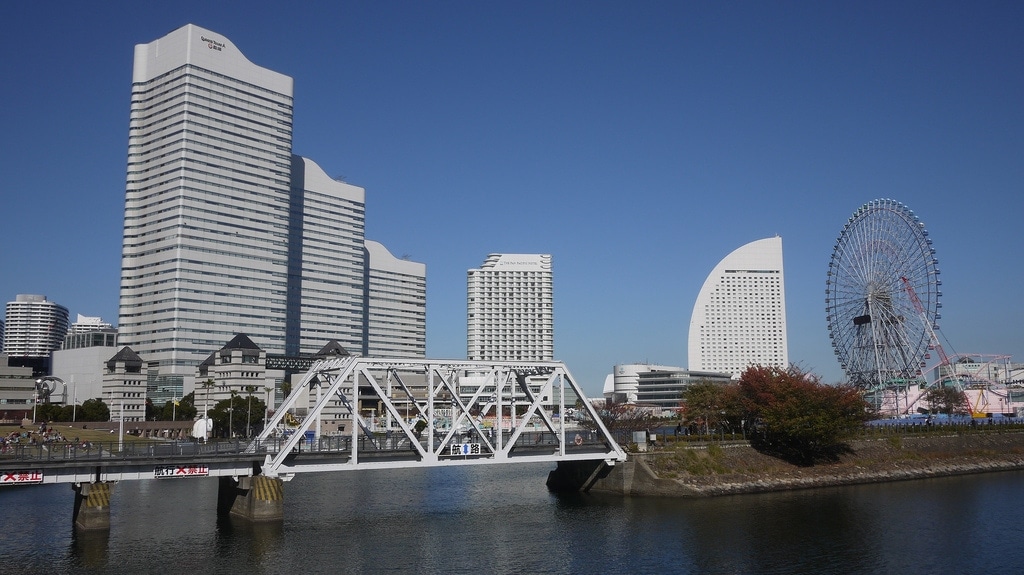 You can get a better feel for the scale of MM21 as you walk towards Bashamichi Station (馬車道駅) but it looks much better at night. Notice the Tower Bridge copy in the background! Yokohama was the first port city which opened up Japan to the rest of the world in the mid-19th century and the area around Bashamichi Station has many historic buildings built in a western style during this period. 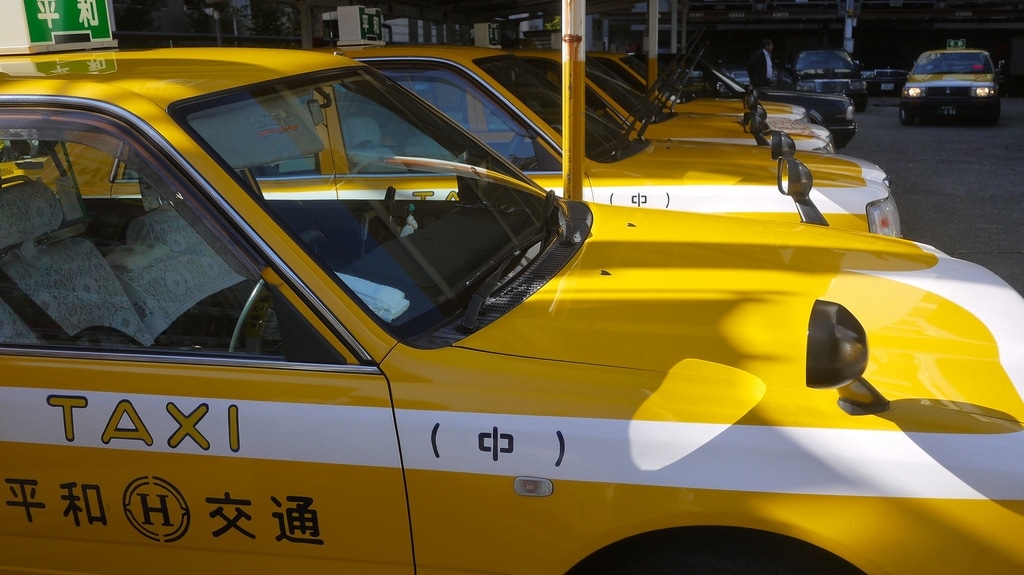 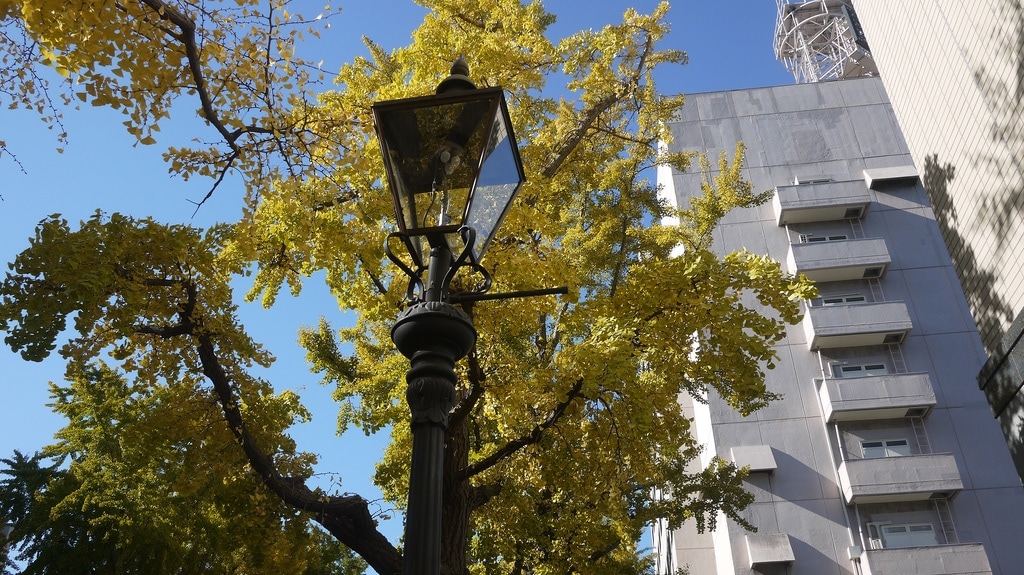 The area was also the first place in Japan to have gas-fired street lights which have recently been re-installed. 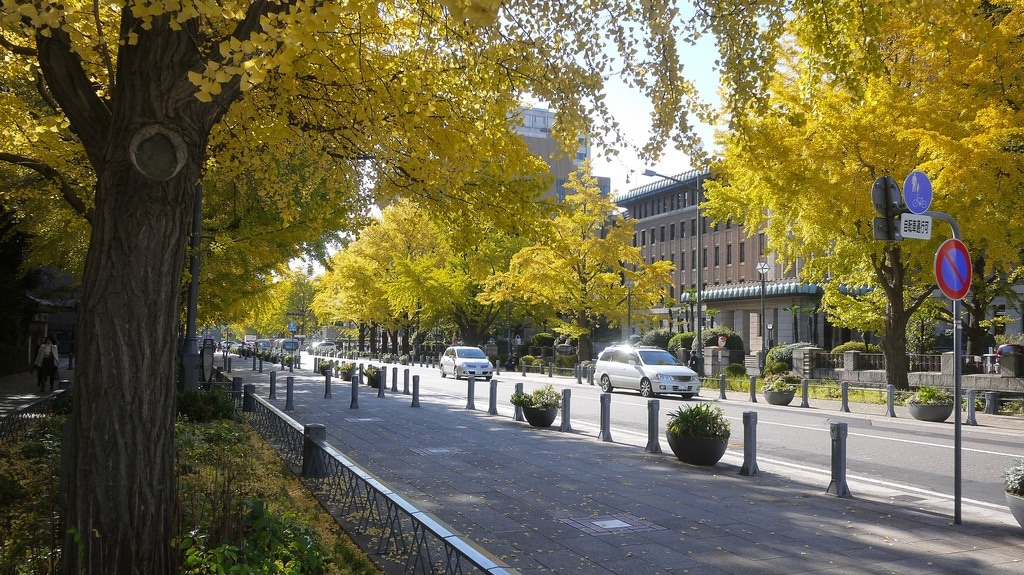 Despite being late in the season there was still some beautiful autumn colours on the trees lining the avenues. 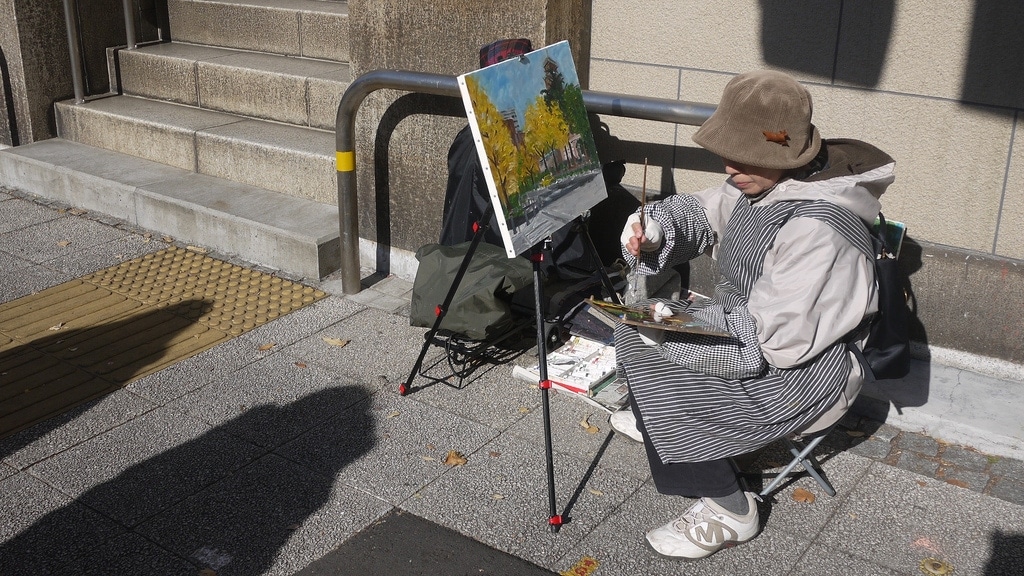 I came across many groups of older folks doing oil and watercolour paintings. 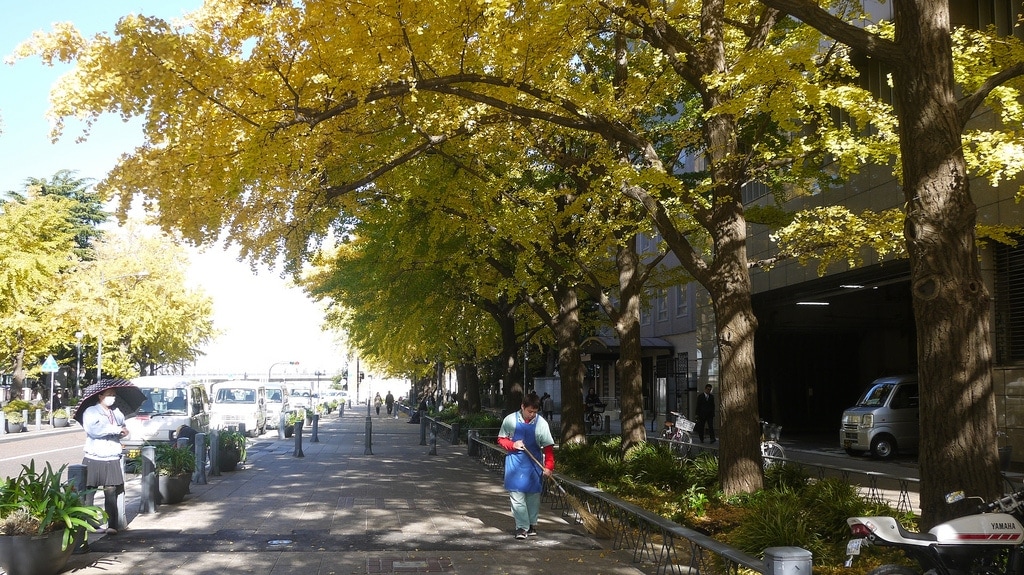 Being Japan there were of course other groups diligently sweeping up the fallen leaves. 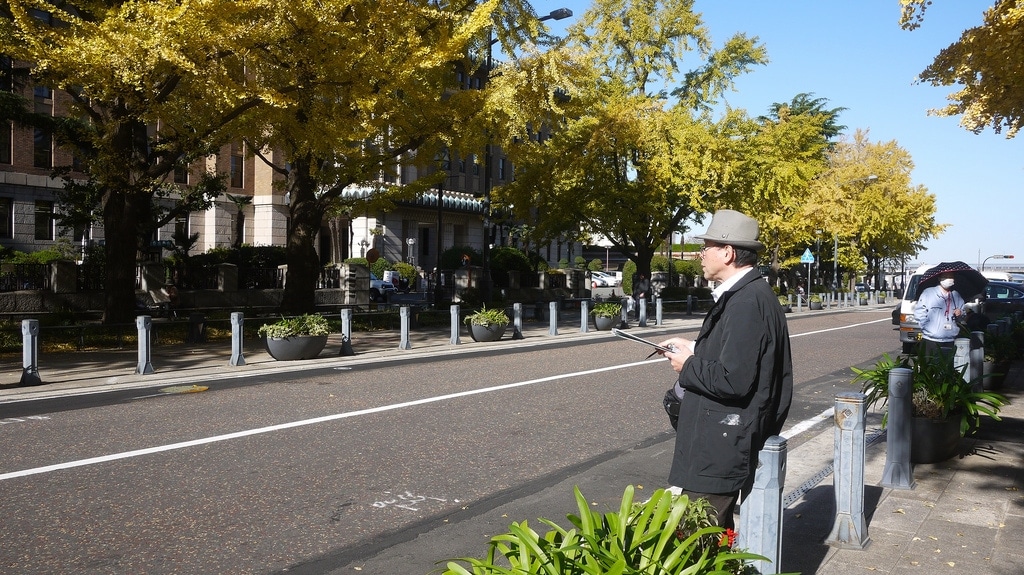 Yokohama also has a famous Chinatown but I gave it a miss seeing as I already live in China! To be honest I found half a day in Yokohama more than enough so perhaps I think more research will be in order before visiting again.