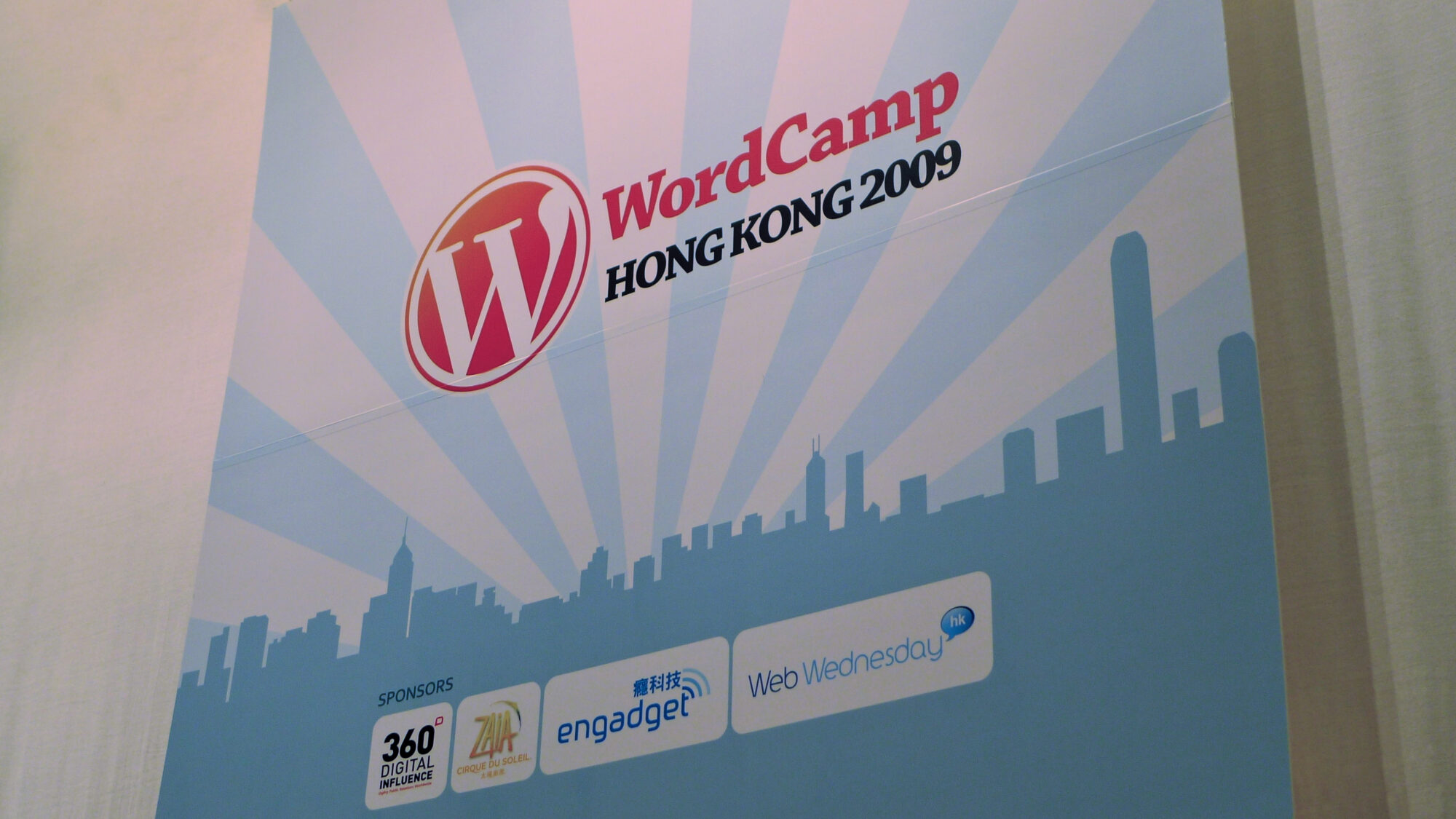 For the second time this weekend, I got up at an ungodly hour and took the Metro/MTR over the border to Hong Kong Science Technology Park for WordCamp Hong Kong 2009. Two buses and three trains later I arrived at the appropriately futuristic egg-shaped conference hall and registered for the super-cheap price of only $10 HKD.

The first presentation was by Matt Mullenweg, the founding developer of WordPress and founder of Automattic. He gave a talk about how WordPress got started, the underlying philosophy, and where things are heading in the future. There wasn’t really any new content for anyone that’s familiar with the space but it was interesting to see Matt in the flesh and impressive to see how much he has already achieved considering he’s only 25. He’s also extremely laid back about it all!

Other talks included a look at the most popular blogs on WordPress.com (blocked in mainland China), a ‘coolest blog contest‘, a look at multi-author management of WordPress sites, and a Q&A session with Matt compared by Thomas Crampton. One talk was in Cantonese but the rest of the day was in English so no matter. Leon Hu probably gave the most interesting talk of the day about his “life hacks” site which is evidently doing quite well for itself also.

The presentations were a little weak on the depth-of-content side but nevertheless, it was interesting to meet some fellow bloggers from this part of the world. My impression was that there seems to be a lot more creativity on this side of the border which somewhat makes me wish I was here more often but on the other side of the coin, the mainland still holds more interest in the way of culture and travel opportunities.

There were plenty of people with cameras so Flickr is awash with photos for anyone who’d like to see more of the presentations etc. Hopefully, it’ll be back next year, and with some more compelling speakers, I’m sure it’ll go from strength to strength.

Were you there? What did you think?