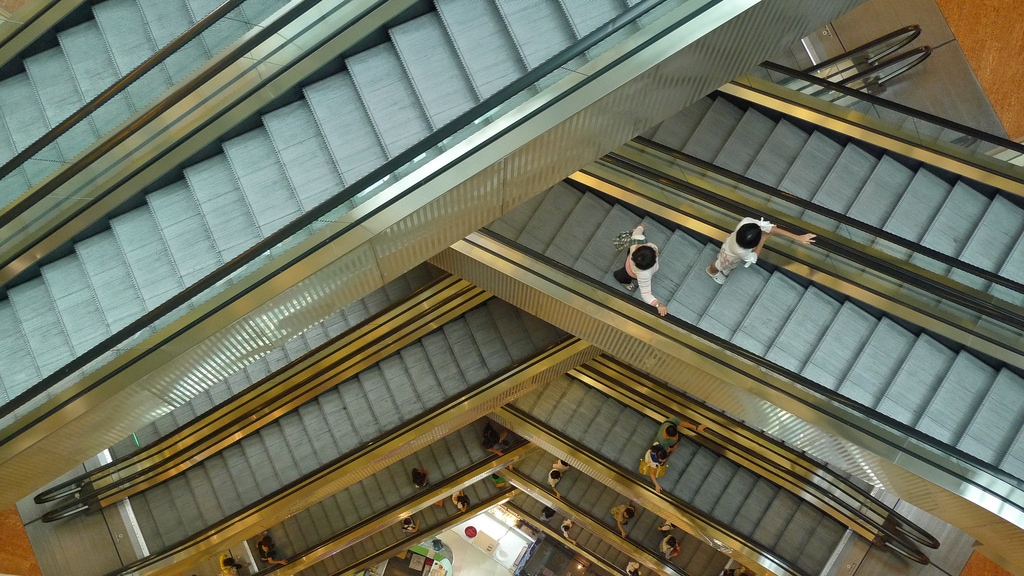 For the last few weeks in Shenzhen we’ve been experiencing bouts of torrential rain almost daily and when you add to this the occasional typhoon then you’re in for a fun ride. As an Englishman I’m not usually caught without an umbrella but on the odd occasion I do forget there’s not much to do but find shelter. 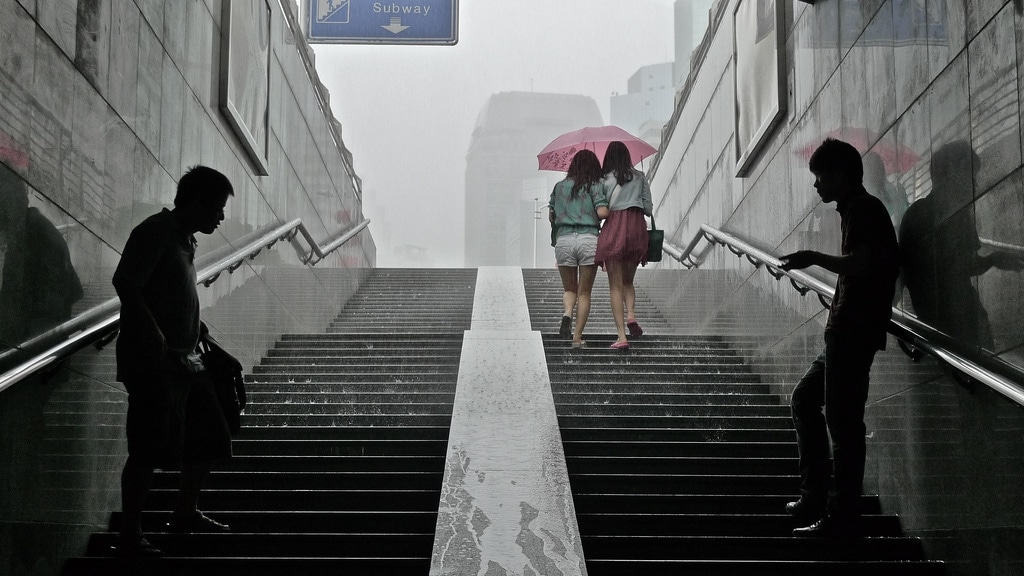 Faced with the choice of an early shower or staying at home about the only other option around here is to entertain yourself in one of the many mega-malls which have sprung up around most of the more affluent neighborhoods (like Coastal City). While I have absolutely zero interest in shopping some of the buildings interiors are quite impressive… On one such wet afternoon I decided to go for a wander around the self-acclaimed “King Glory Plaza” in Luohu on the slightly more scruffy east side of the city. Set apart from it’s rather aging surroundings the mall is a shining beacon to China’s love affair with commercialism and sports the most amazing set of stacked escalators I’ve ever seen. 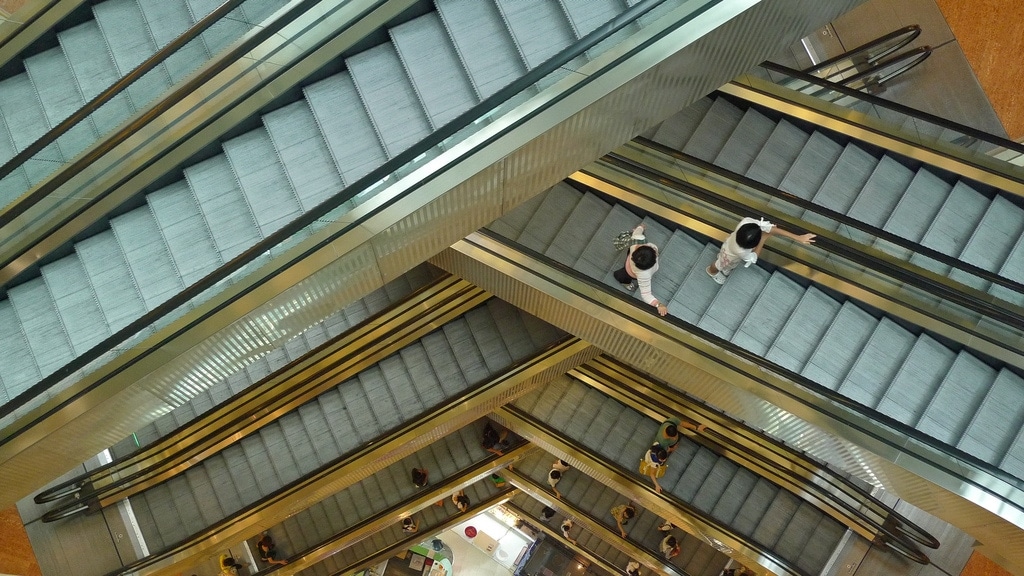 It’s enormous interior atrium extends eight floors top to bottom with parallel escalators positioned diagonally on top of each other; 16 in total. The result when viewed from the highest level is mesmerizing but probably pretty terrifying if you’re an acrophobic. It would be so cool to drop a high-speed video camera off here and watch it back in slow motion! 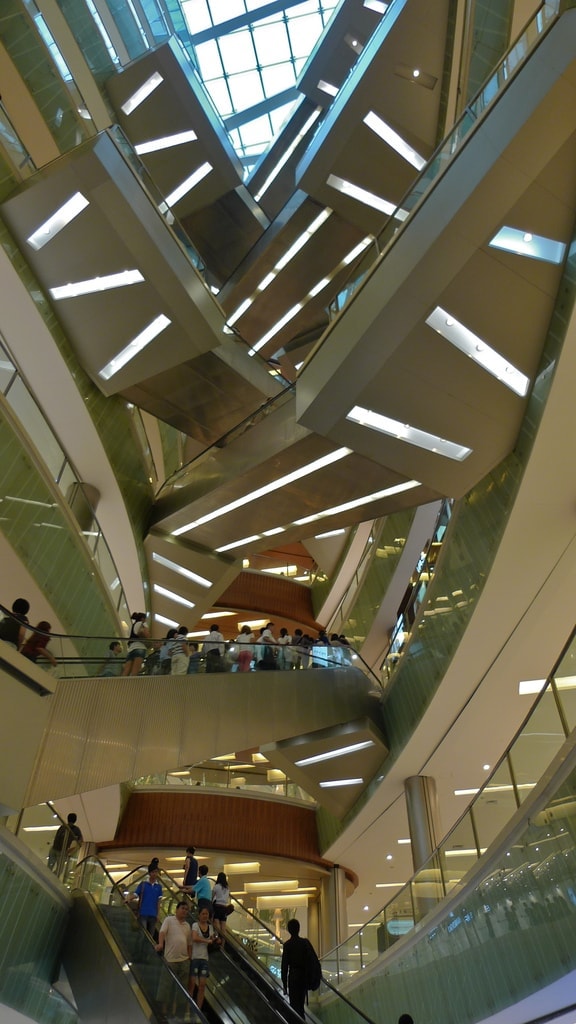 Looking back up there’s an equally cool view of this feat of engineering – I wonder how much it all weights?! 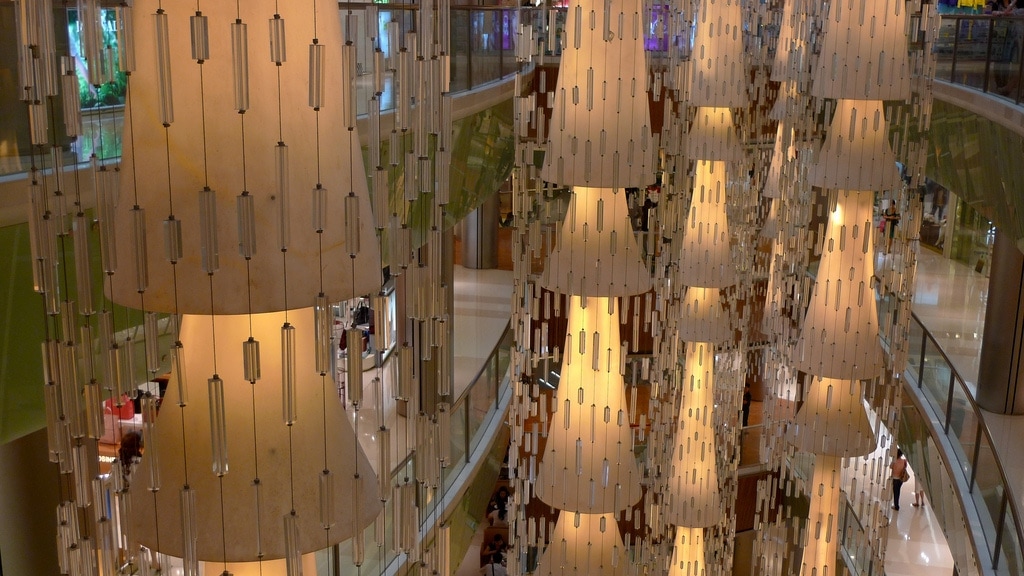 Some of the lighting is also pretty cool – these crazy looking chandeliers are suspended from the ceiling and dangle all the way down the center of the atrium. The other end of the building sports a more traditional but still dizzy inducing escalator arrangement. I like to imagine James Bond being thrown off the balcony here and managing to save himself by grabbing the hanging lights!