When it comes to strange films I think I’ve just about found the strangest and yes, its Japanese, and no this isn’t a case of cultural differences – this one is just plane weird, but at the same time totally cool! This film is Uzumaki.

From the outset you know your getting something different than what you might expect. Uzumaki is the story of a town manipulated by spirals, or as they like to call them vortex’s. Slowly more and more people become obsessed with them and it’s not long before the whole town is beset by all manner of otherworldly whirly weirdery. On the way we meet some giant human snails, a girl who’s definitely having a bad hair day (see pic below) and slowly the absurd merges with the every-day to form one major nightmare! The film takes you on a dazzling plunge into the abstract in which the threat is illusory, not physical. A spiral isn’t a material thing, it’s a state of mind. 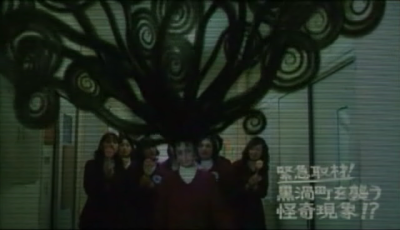 The imagery is unique and sets the tone for the whole piece. The subliminal vortex animations are an especially nice touch and create an air of menace in the superficial normality of small town existence. I could go on but don’t want to spoil it too much! 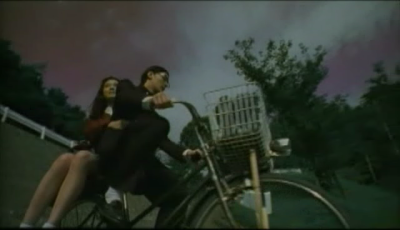