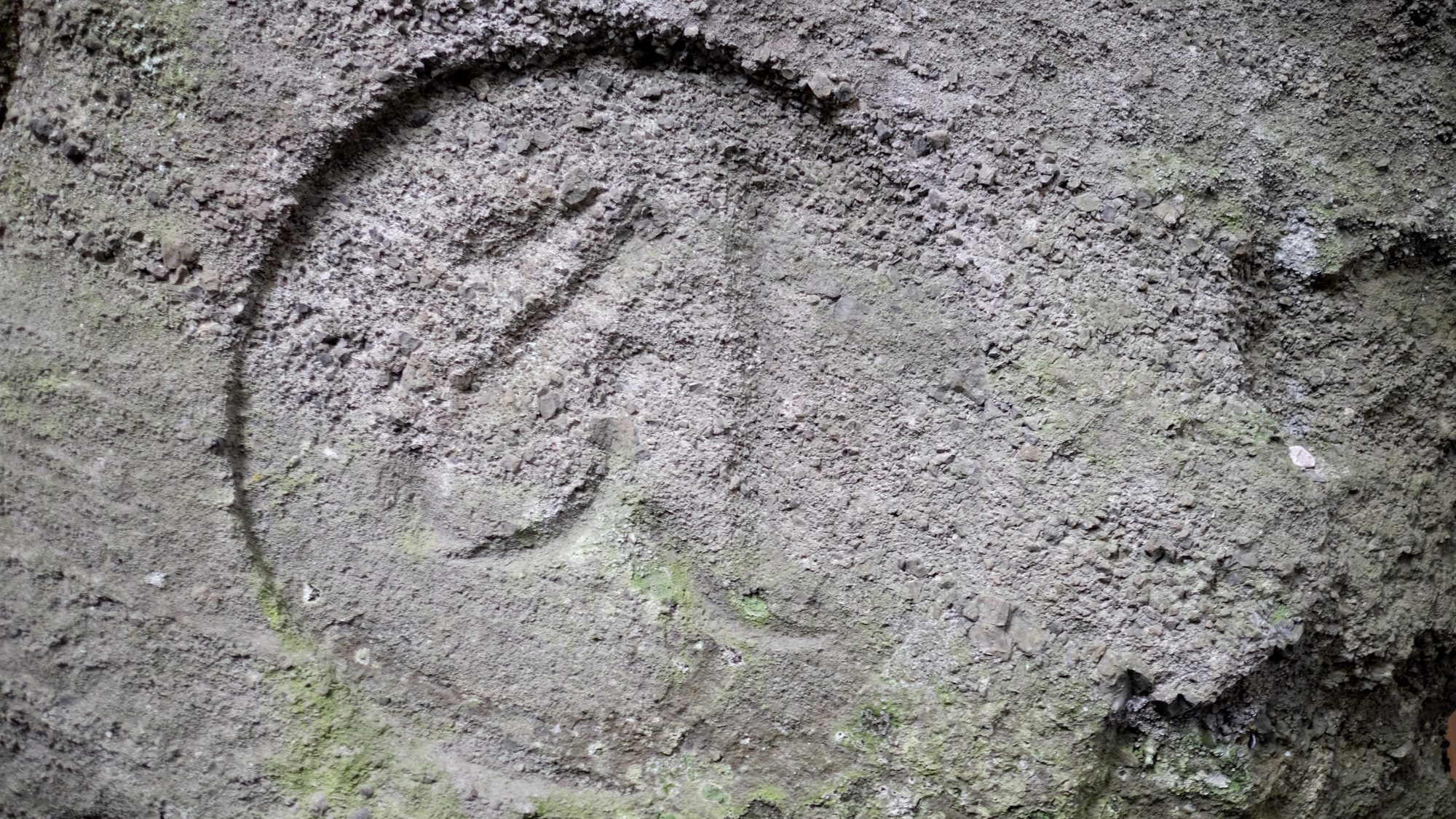 I visited seven temples today (71-77), more than any other day so far. Whilst not all were terribly interesting, there were a few highlights and it’s scary how fast the end seems to be creeping up.

The day began with a mammoth set of stairs leading up to Iyadani-ji (弥谷寺 – 71) which was right next to where I stayed last night. Instead of hauling my heavy pack the whole way up, I left it at the bottom in the rest area.

The temple is spread out over multiple levels on the side of the mountain with the nōkyō-chō office and Daishi Hall combined in the same building. Their statue of Kūkai is housed in a dark cave dug into the rock face at the back of the hall.

To one side was an interesting room containing wooden plaques on shelves of people who have died that the temple has been charged with caring for (e.g. when the person had no living family).

The temples high in the mountains always seem to be more atmospheric and interesting than those at ground level which usually have a similar layout. After a steep climb, we subconsciously expect some sort of payoff so perhaps it’s just a mind trick!

On the way to Mandara-ji (曼荼羅寺 – 72) you enter another enchanting bamboo forest. I always like how the dead trees are left in situ, creating interesting geometric shapes.

Leaving the woods I met Kano-San, a retired English teacher turned rice farmer. She excitedly told me she’d visited the UK 20 years earlier and how she hoped the pilgrimage trail would gain world heritage status soon. I always enjoy these unexpected conversations.

According to legend, Kūkai, at the age of seven, climbed Mt. Gahaishi (480m) behind Shusshakaji and demanded to enter the world of Buddhism or he would end his life. He then jumped off the cliff and a heavenly being appeared and saved his life.

I decided to take a look so climbed up the extremely steep Yosaka Slope to Shashingadake Zenjo, a small temple near the top. From there it’s a 20-minute scramble using ropes and chains up to the peak. The climb reminded me of my expedition with Chen to Yatsugatake last year.

The view from the top was muted due to the hazy weather but was still worth the effort. All this exercise must be paying off because I barely broke a sweat.

On the way down I met a family with four children doing the climb which seemed pretty brave but the kids were fearless and running circles around their parents.

After visiting Kōyama-ji (甲山寺 – 74) I decided to stop for lunch at Miyagawa Seimensho (宮川製麺所), an udon restaurant that looked popular judging by all the people on the benches outside.

Having finished my bowl of delicious noodles I went to pay only to be told that someone had pre-paid for all the walking pilgrims so it was osettai! Somewhat speechless I thanked the staff and left feeling amazed at others’ generosity.

Zentsū-ji (善通寺 – 75) is one of the most important temples since it’s where Kūkai was born in 774. It’s an enormous complex with many buildings and was busy with tourists.

Having found an English map I made my way to the Miedō main hall which was built on the ruins of the home where Kōbō-Daishi was born.

I paid the entrance fee to Kaidan Meguri, a 100-meter tunnel under the Miedō which you walk through in total darkness. With only my hands to guide me along the walls and the sound of distant chanting, it was a really special experience which conjured up all sorts of thoughts and images in my mind.

On the way out I passed the five-storied Gojūnot pagoda that was completed in 1902. It looked like preparations were being made for an event next week to celebrate the birth of Kōbō-Daishi.

The afternoon heat was beginning to sap my energy so the walk to Konzō-ji (金倉寺 – 76) was a bit of an effort. Next to the main gate is a huge camphor tree which must be hundreds of years old.

In front of Dōryū-ji (道隆寺 – 77) was a pilgrim goods shop where I managed to get my sedge hat fixed which I had been sorely missing in the hot sun. The staff gave me a nice cup of iced tea while I waited.

Tonight I’m staying at the APA Hotel in Marugame and I’ve decided to stay put tomorrow since I’m feeling catatonically tired and need some extra sleep. There’s a castle and art museum nearby so I might do some sightseeing in the afternoon.