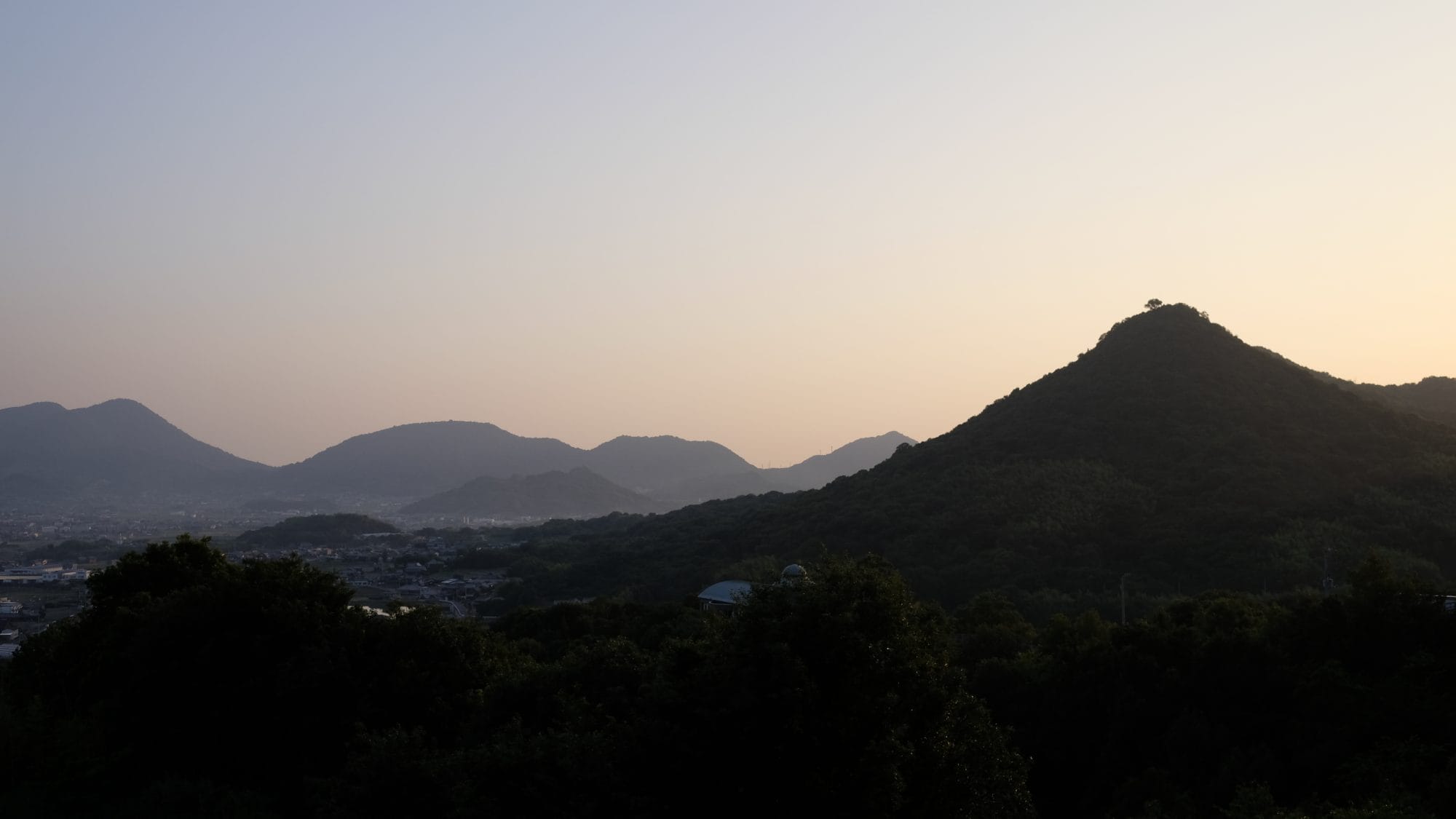 I woke with the sunrise in the curtainless tsuyado at Unpen-ji (雲辺寺 – 66) this morning around 5am. Nobody was around and it was great to wander the mountaintop temple with nothing but the sound of birds singing. 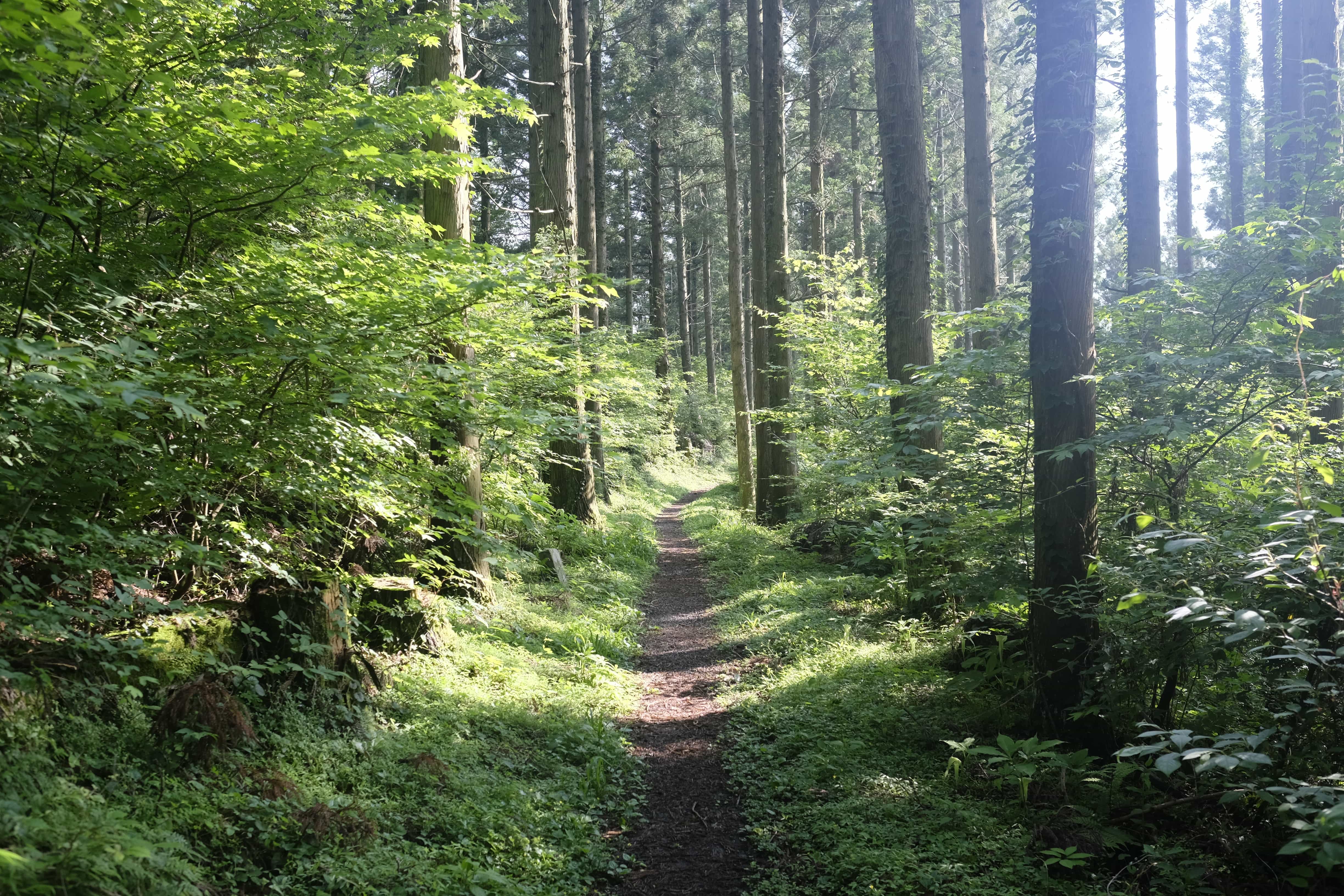 After gathering my belongings I set off down the mountain towards Daikō-ji (大興寺 – 67). 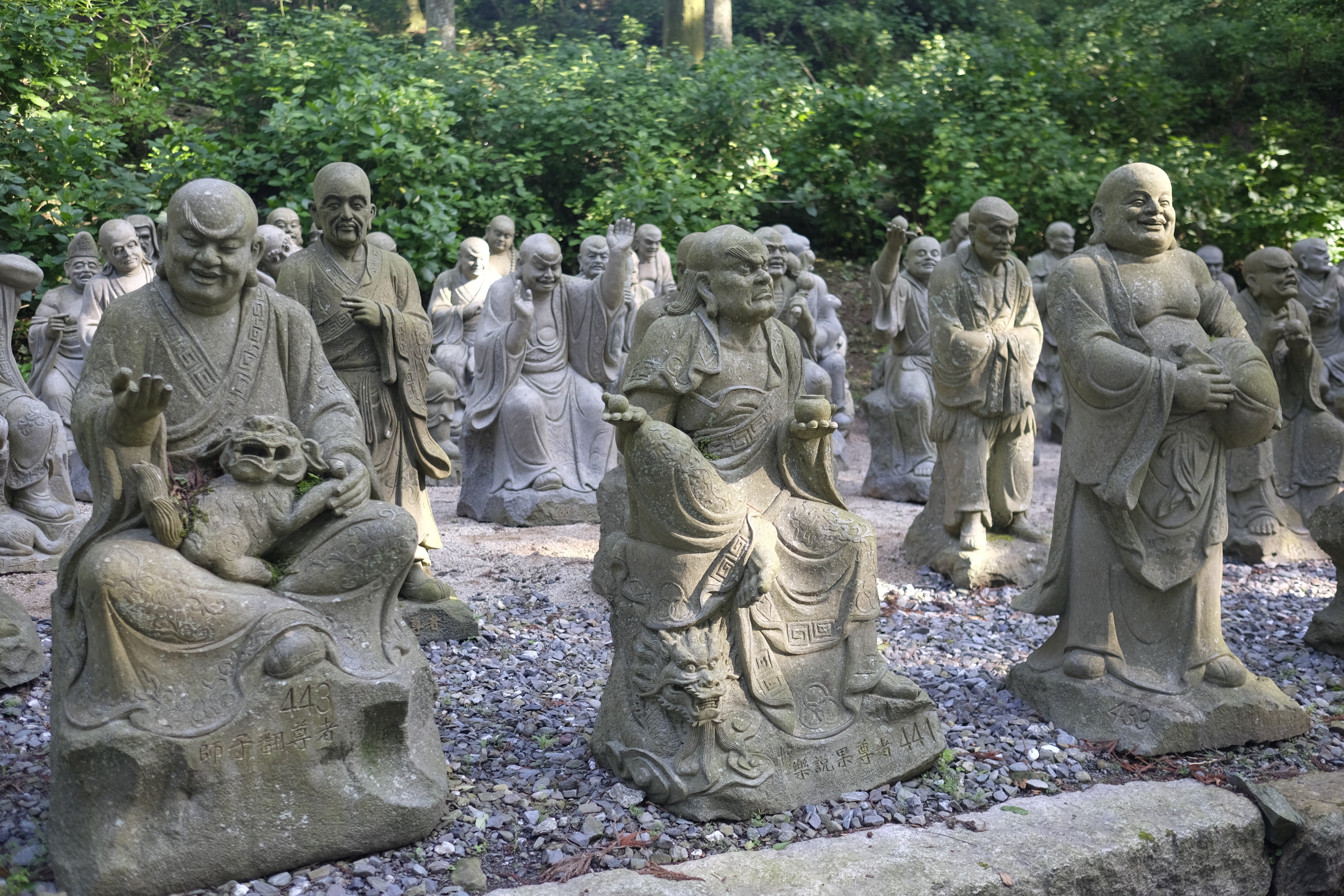 The path took me past 500 grotesque rakan statues of people who have attained nirvana, somewhat appropriate since I was now entering Kawaga Prefecture. 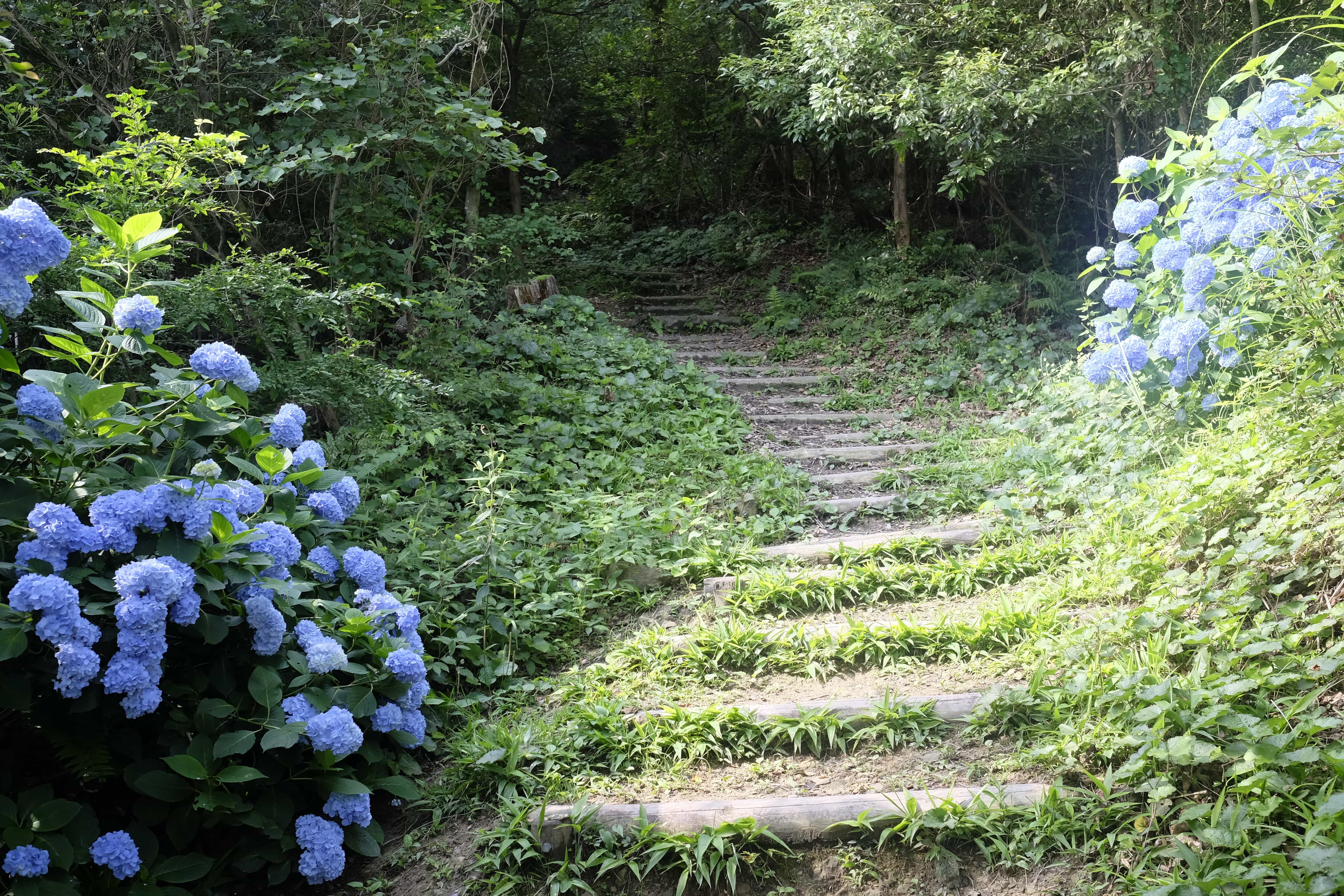 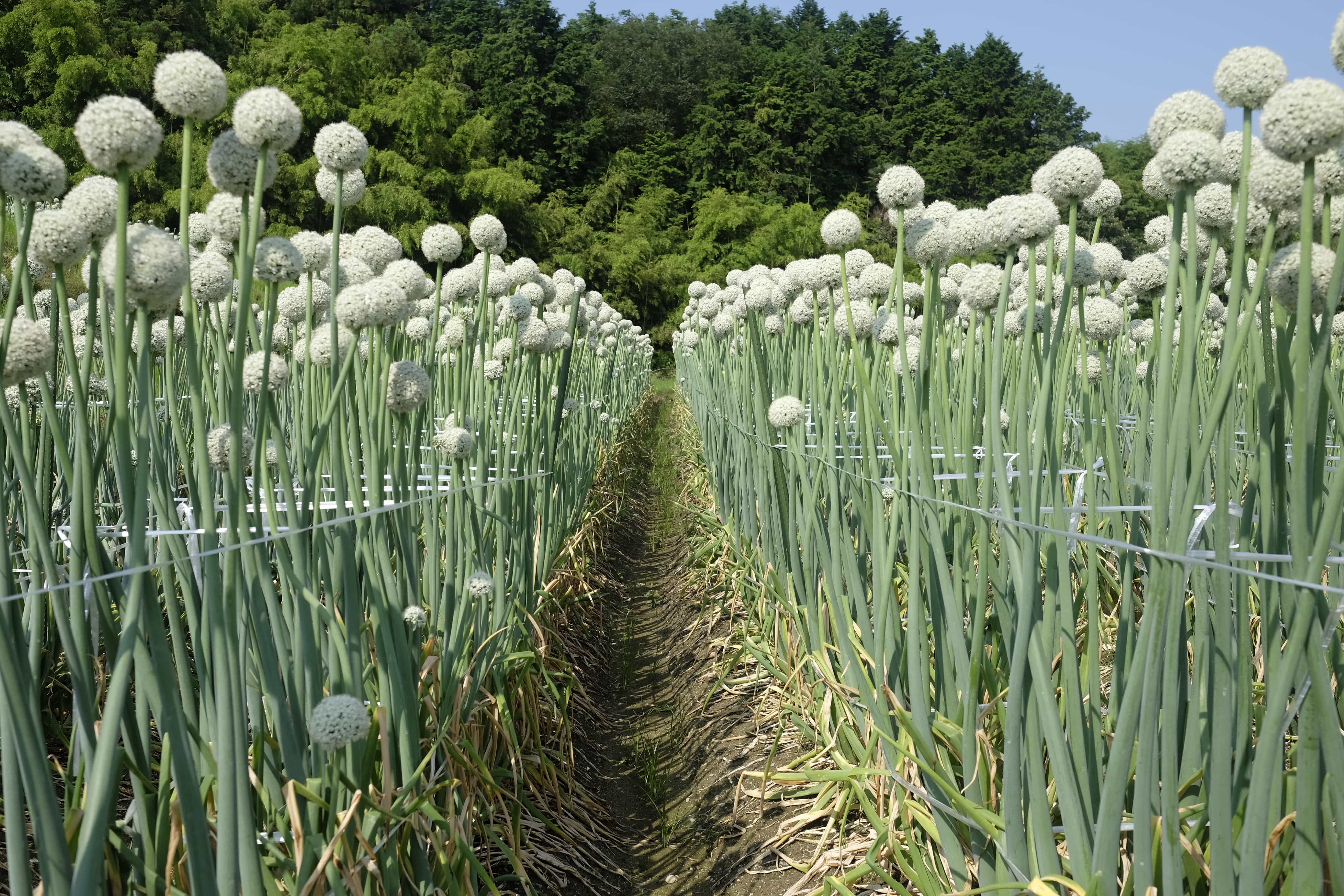 More appealing were the flowers and fields of onion plants which I’d never seen before being harvested and are really rather beautiful. 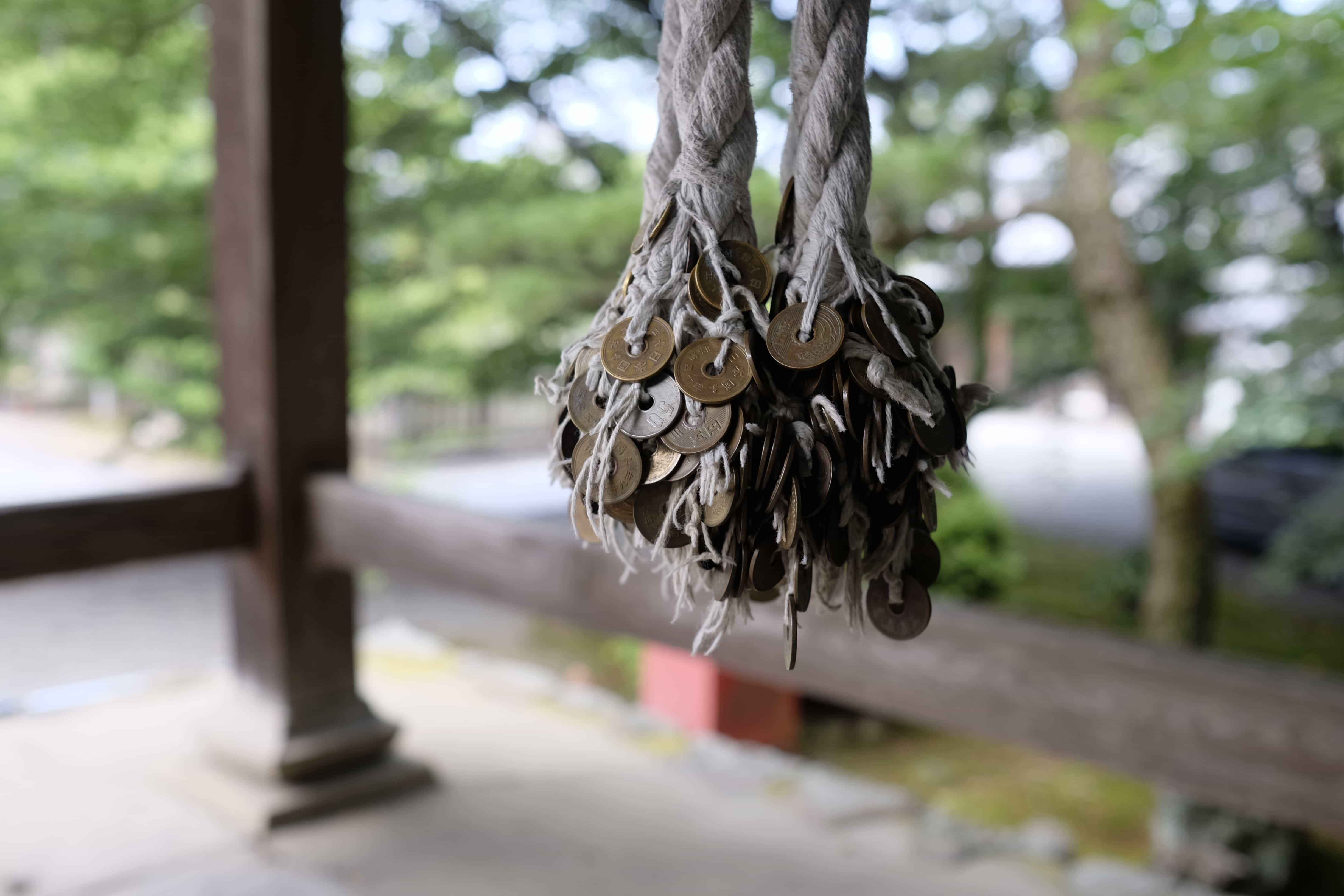 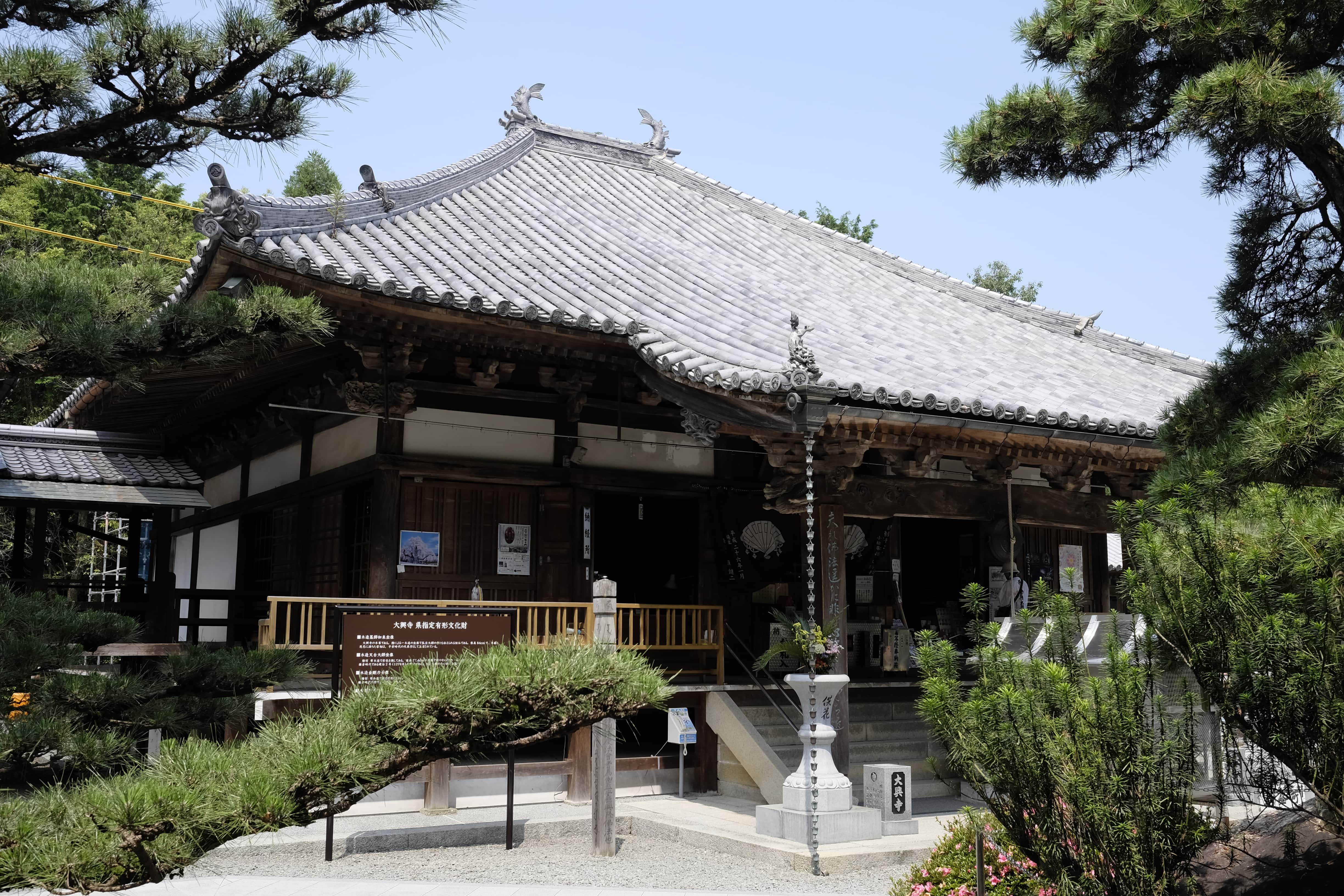 10km later I climbed the steep stone steps up to Daikō-ji where a large camphor tree is said to have been planted by Kūkai. The temple gives sweet manju bread to all walking pilgrims. 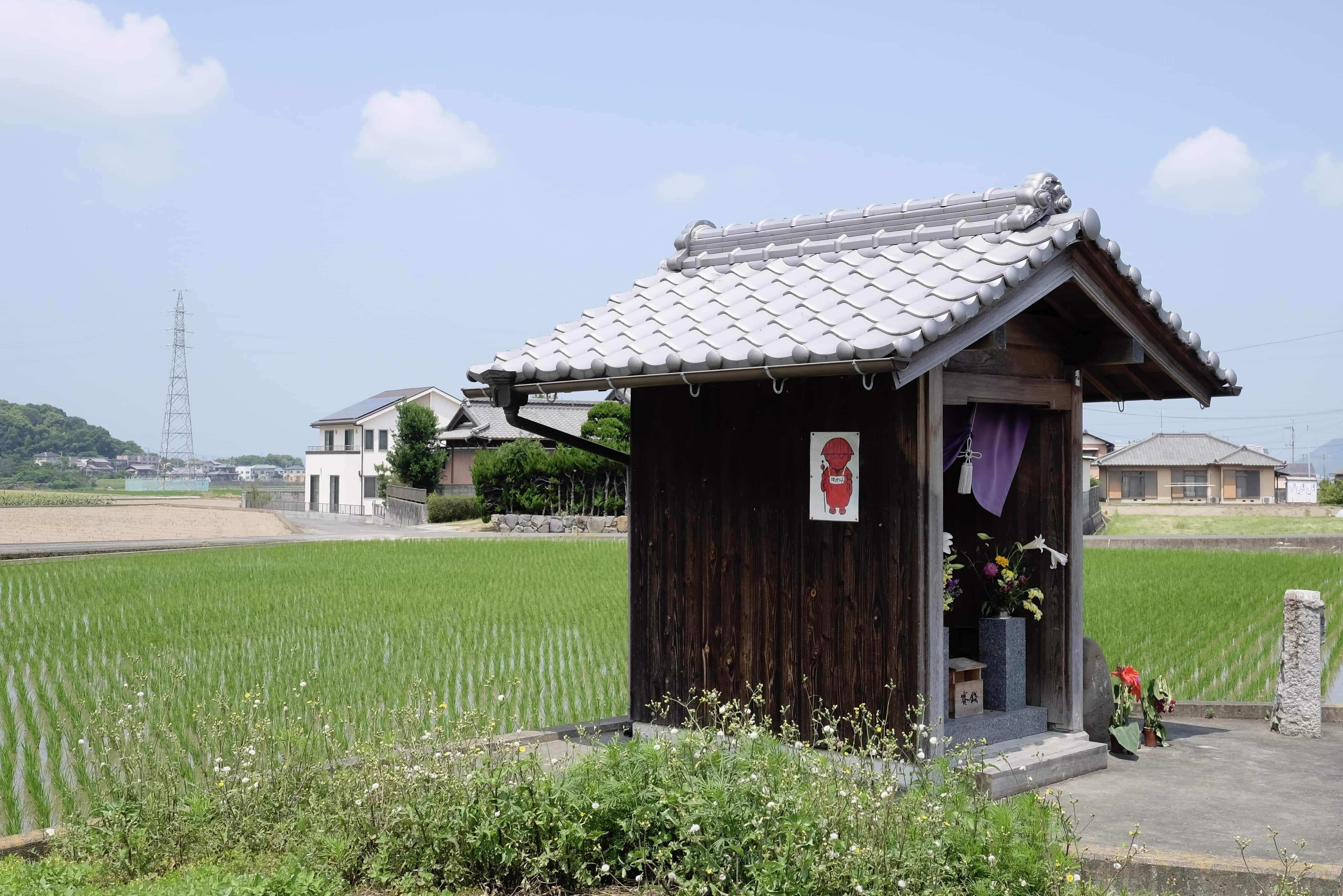 By now the sun was the hottest I’ve felt it during the whole trip so I put on some extra sunscreen. Unfortunately part of my sedge hat broke last week which means I haven’t been able to use it for protection and got a bit sunburnt.

Back on the road, I reached a crossing where a group of tiny children and their teachers were waiting. They all shouted “konnichiwa” in unison which was very cute and made me smile. 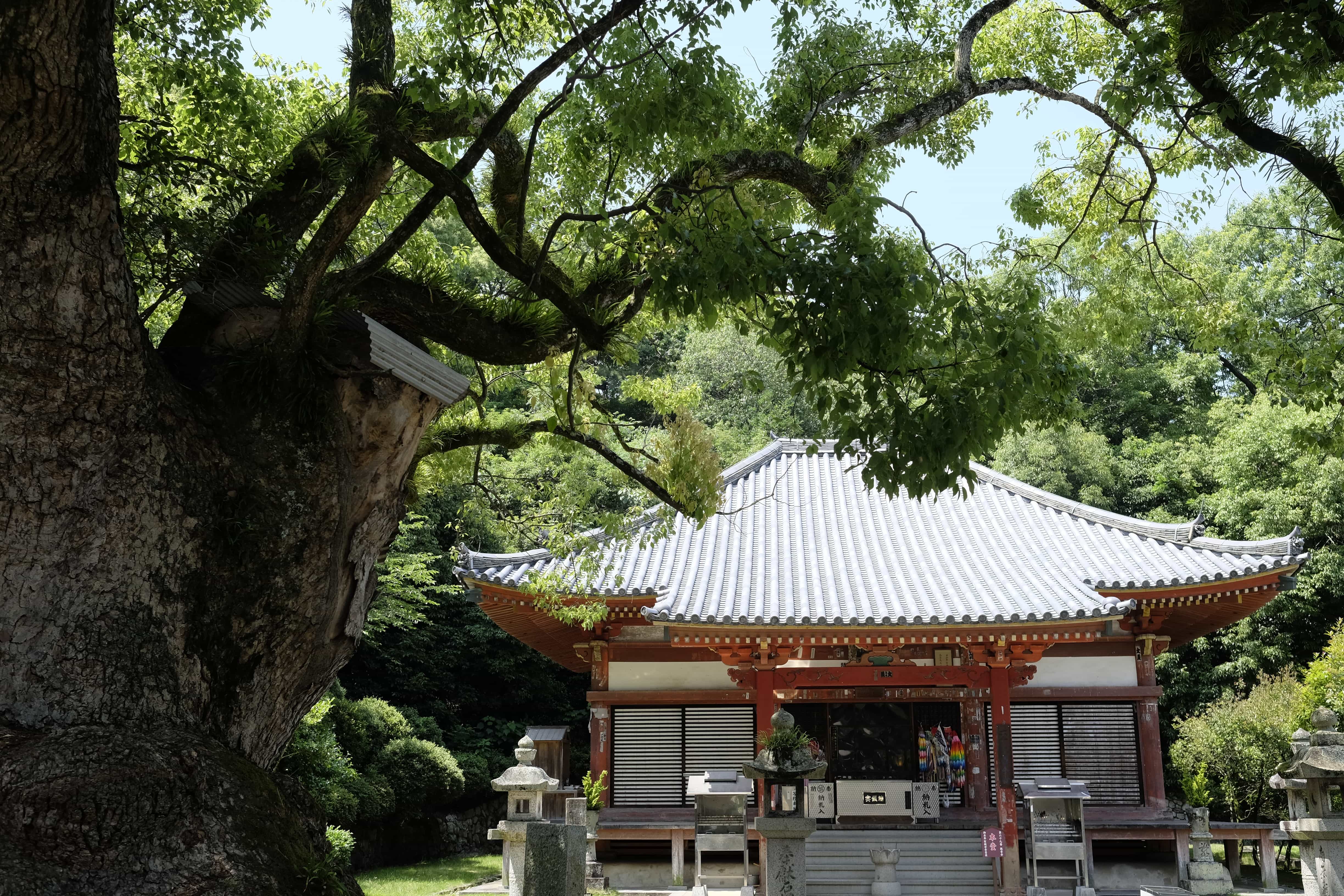 After another 9km I reached Jinne-in (神恵院 – 68) and Kannon-ji (観音寺 – 69) around 1pm. They were placed together during the separation of Shintoism and Buddhism and share the same temple office. In front of the temples was a small restaurant where I stopped for an ice cream and enjoyed the air conditioning for a while. 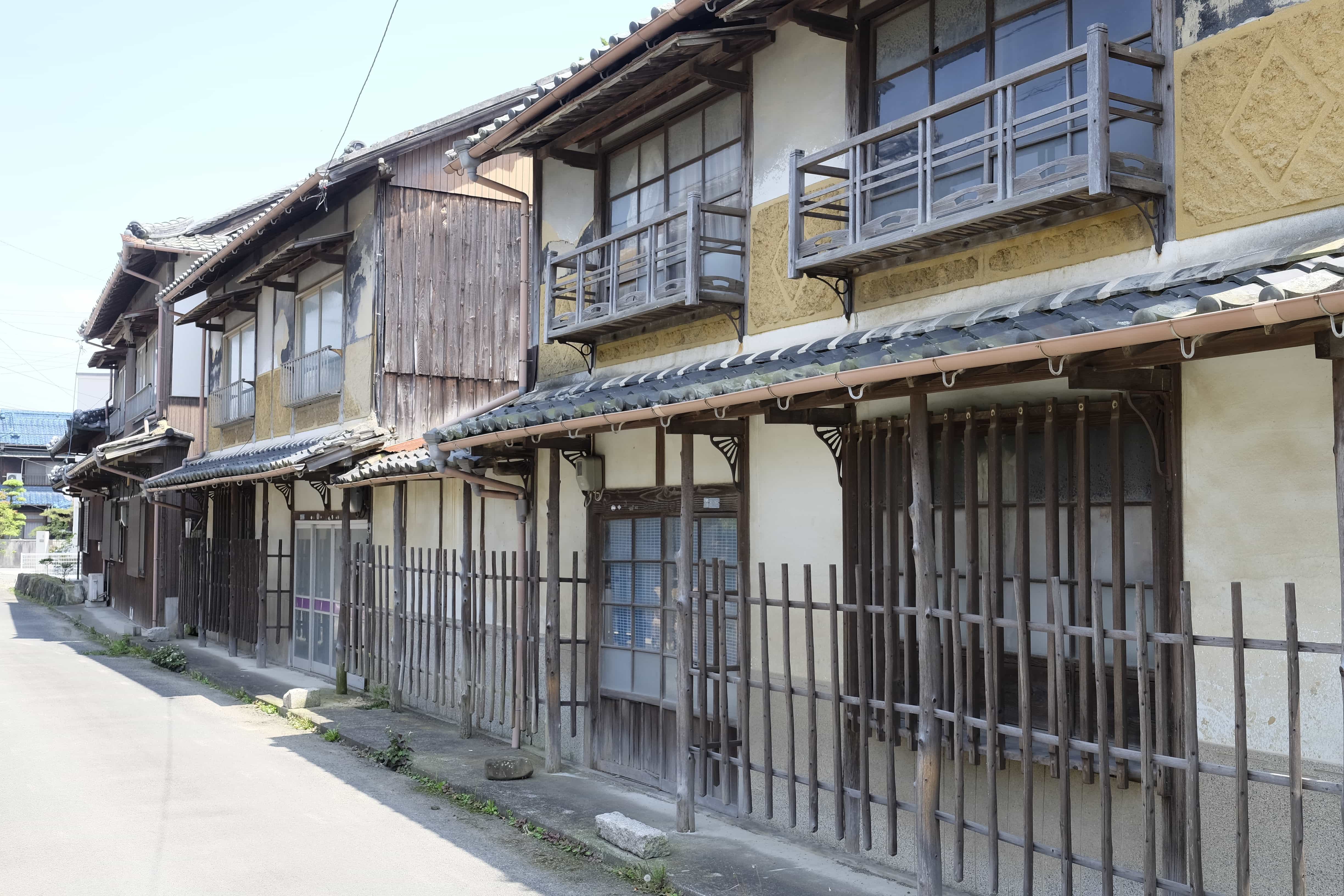 A nice row of old houses lined the lane leading to the main road but it wasn’t clear if they were inhabited anymore. 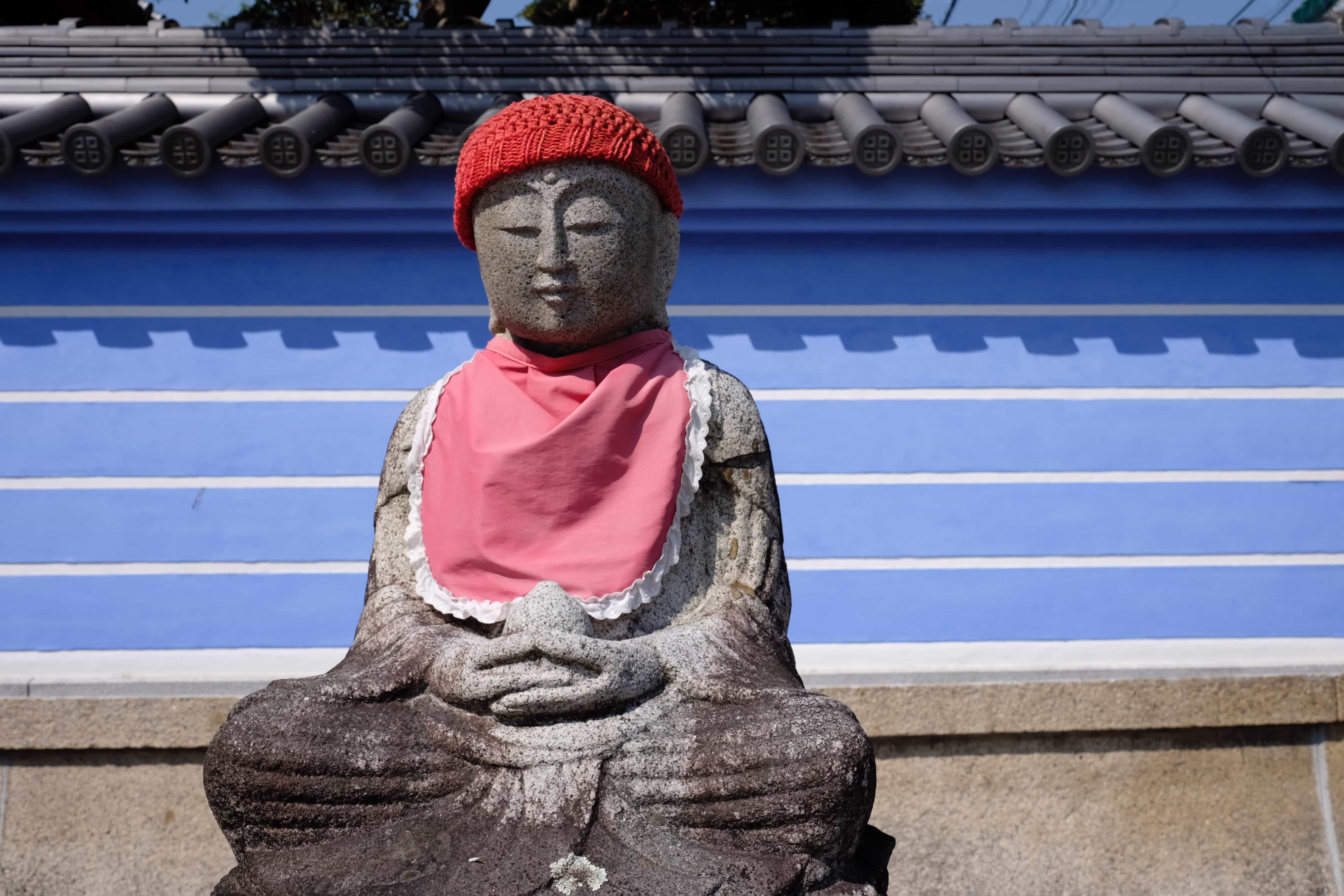 Continuing east 5km, Motoyama-ji (本山寺 – 70) was undergoing some major restoration on its enormous pagoda which was entirely under wraps unfortunately. Since it was already 2.30pm and I had another 12km to go I didn’t linger long and was soon back out in the scorching sun. 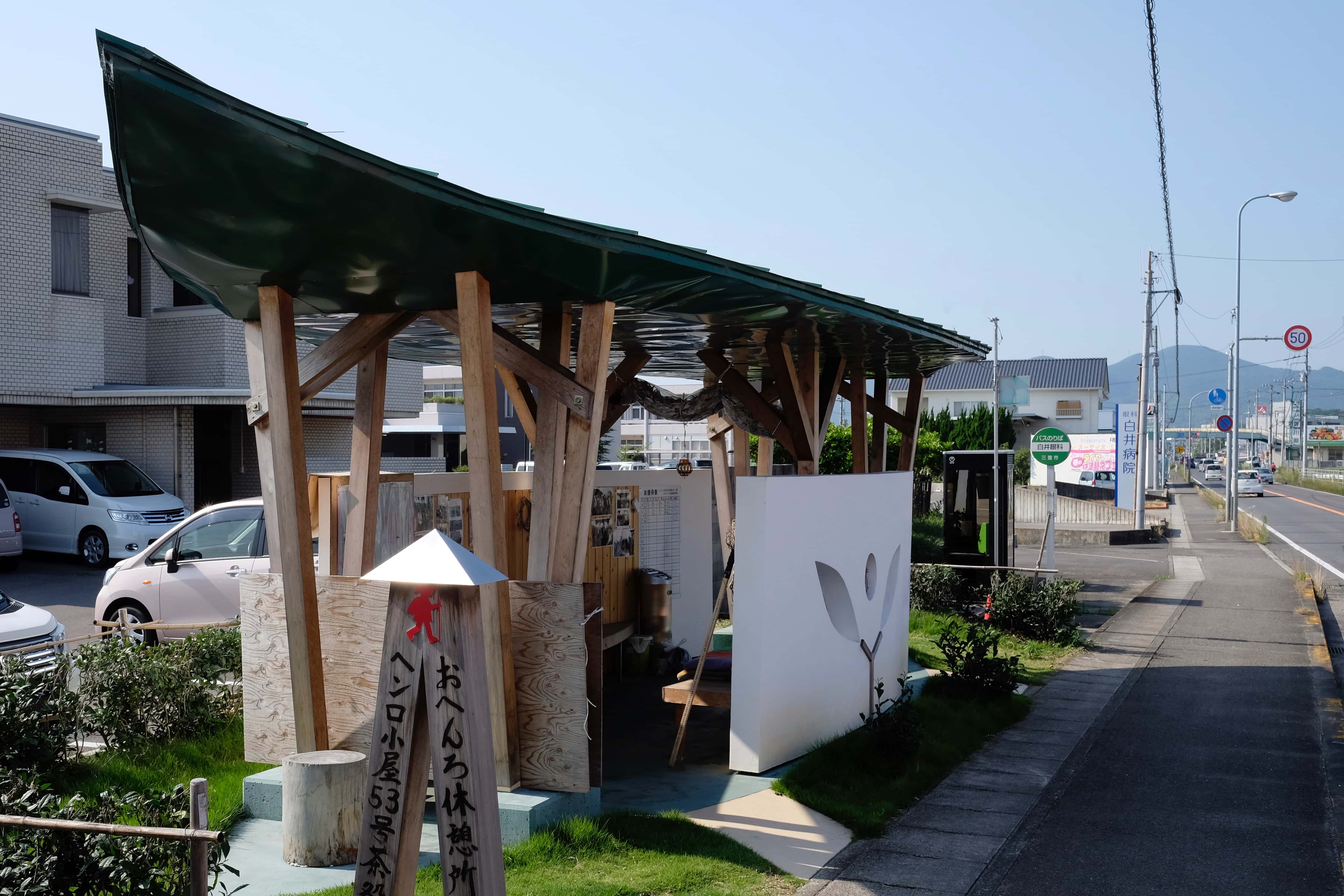 Henro hut of the day has to go to Takase (53) which despite being right next to a busy road is really well maintained and by all the photos inside looks pretty popular.

A little further on I stopped at a Lawson’s to offload my rubbish like a well-behaved hobo. While I was doing this a lady came out and handed me an ice-cold bottle of lemonade. She stopped just long enough to tell me that she once completed the pilgrimage herself before speeding off in her car. It was the perfect gift on a hot day! 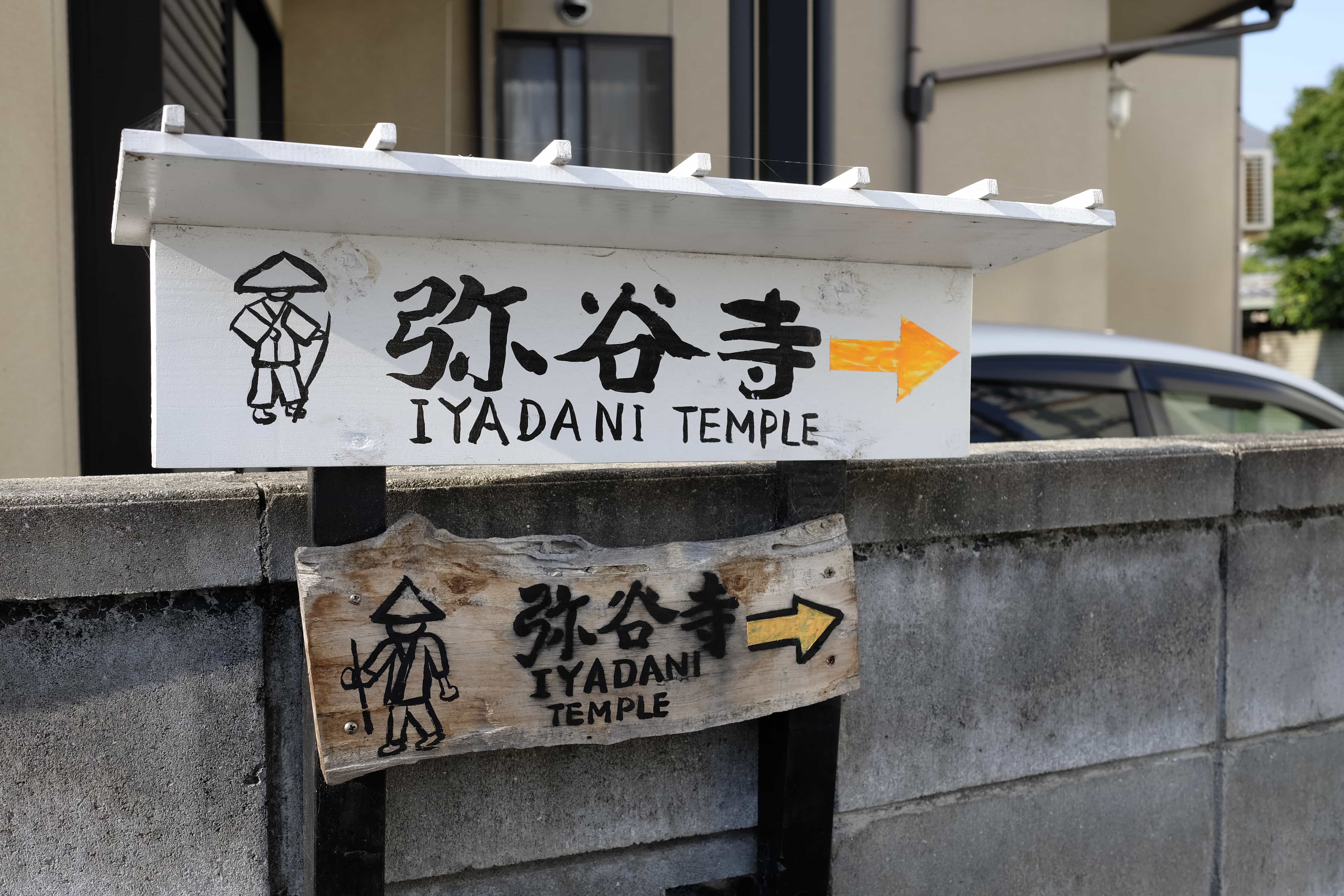 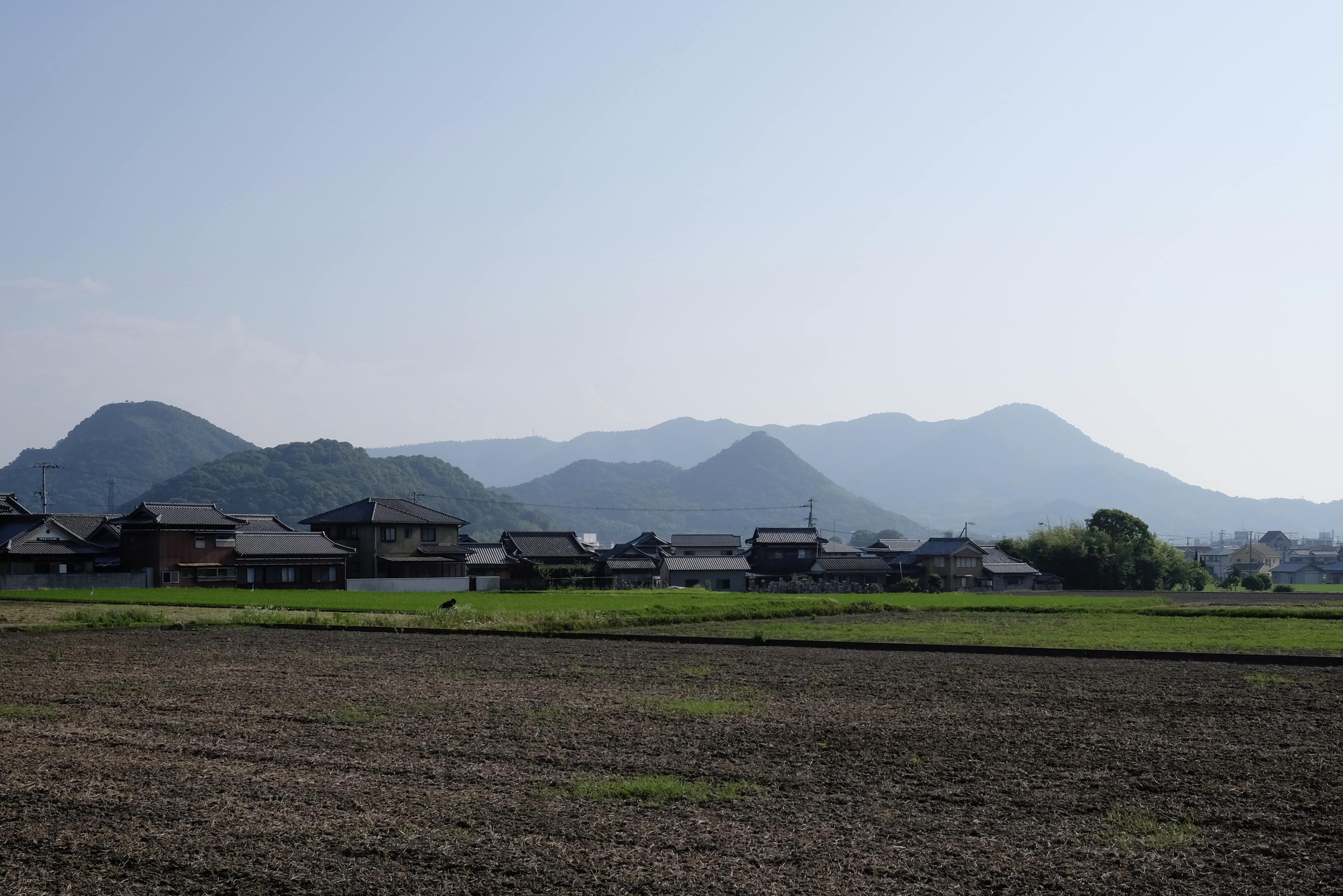 The rest of the route today followed backroads leading towards Iyadani-ji (弥谷寺 – 71) and the only people I saw were farmers in their fields burning piles of dried grass. 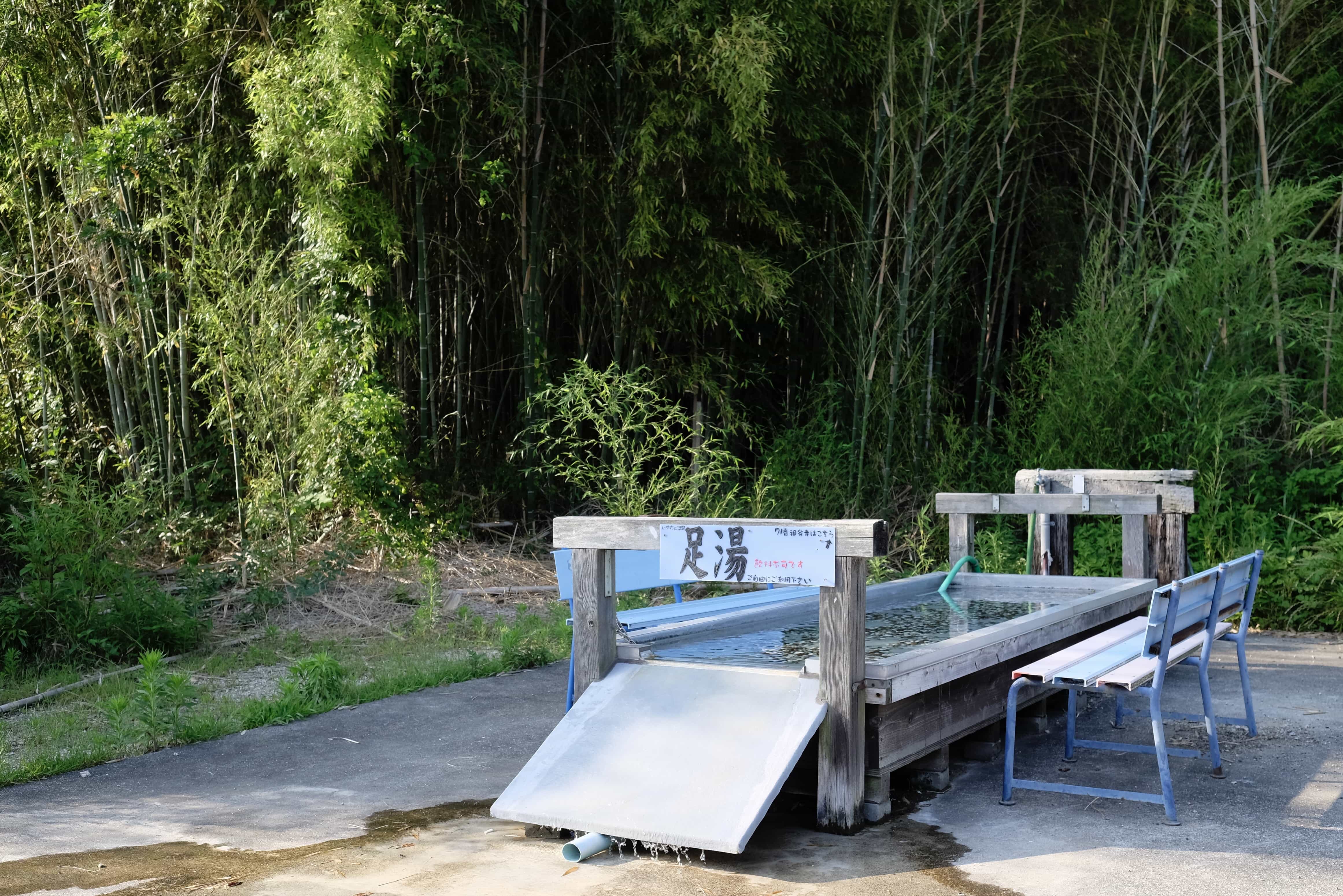 On the way up Mount Iyadani-san someone had set up a makeshift foot spa. I would have stopped but since it was already 5pm and I was so close to my destination I gave it a miss. 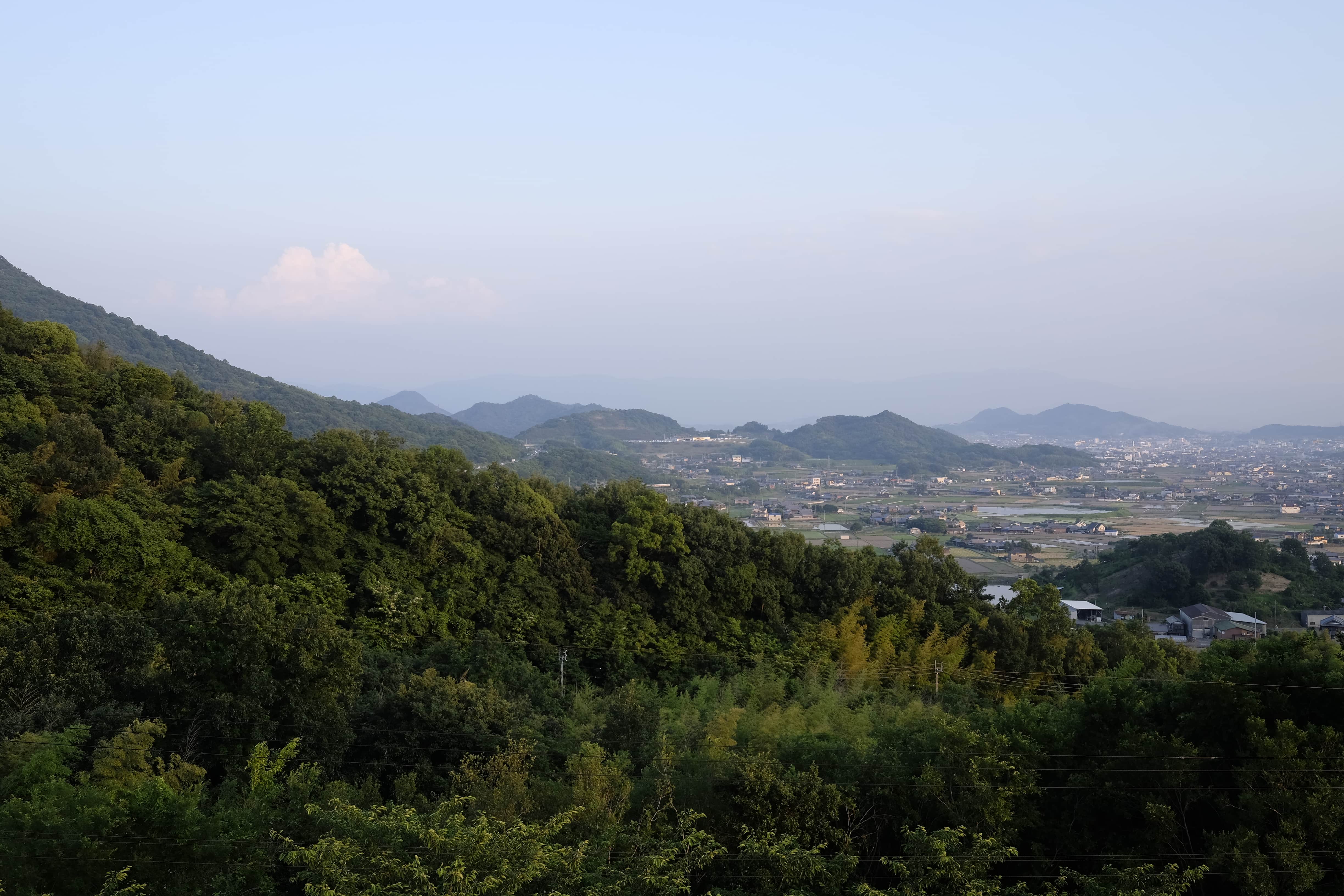 Fureai Park Mino is a nice onsen resort which I’d booked to stay overnight. On check-in, the staff were a little over-eager to explain everything to this clearly naive foreigner which was a bit grating but I was too tired to say anything.

Tomorrow I have another day of temple hopping which is more or less the case up to temple 88 so apologies in advance if things get a little repetitive.