One thing that has been conspicuous in its absence (so far) from Durham this year has been snow. After last year’s deluge, I am still hoping for a repeat performance! (I blame Global Warming personally!)

Elsewhere in the world has certainly not had the same problem, namely Hokkaido (Northern Japan) with some amazing ice sculptures on display at the annual Snow Festival. 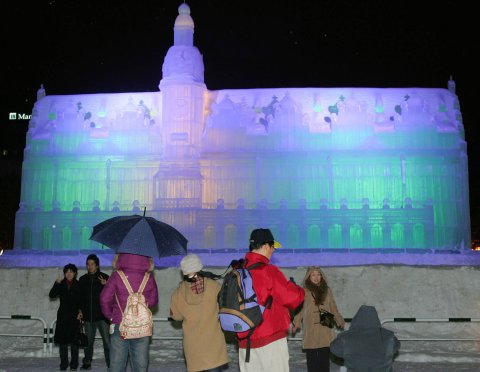 Varying from replicas of famous Japanese and foreign architectural pieces to depictions of imaginary world, hundreds of sculptures made with white snow and ice create a fantasy atmosphere … the festival has grown to Hokkaido’s biggest winter event and attracts more than 2 million visitors annually. 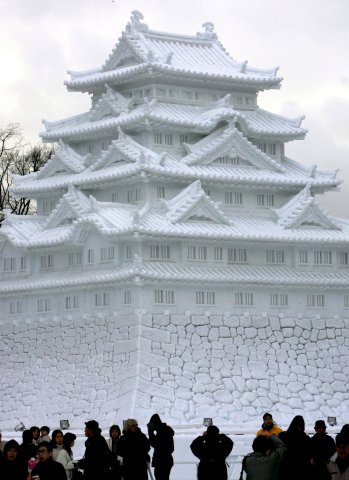 Pretty spectacular, especially the attention to detail! Thanks to an anonymous insider for the cool pictures!

Elsewhere [Translation] in the world some crazy Germans have been recycling old computers into ‘art’. I especially like the idea of the real-life computer bug which rather contradicts the time when I had to explain to someone that computer bugs were in software rather than real living organisms!

As a side note, it’s Chinese New Year’s eve today as well as Pancake day (in the UK at least)! Lots of good food tonight I hope 😉 Here ends the year of the monkey!