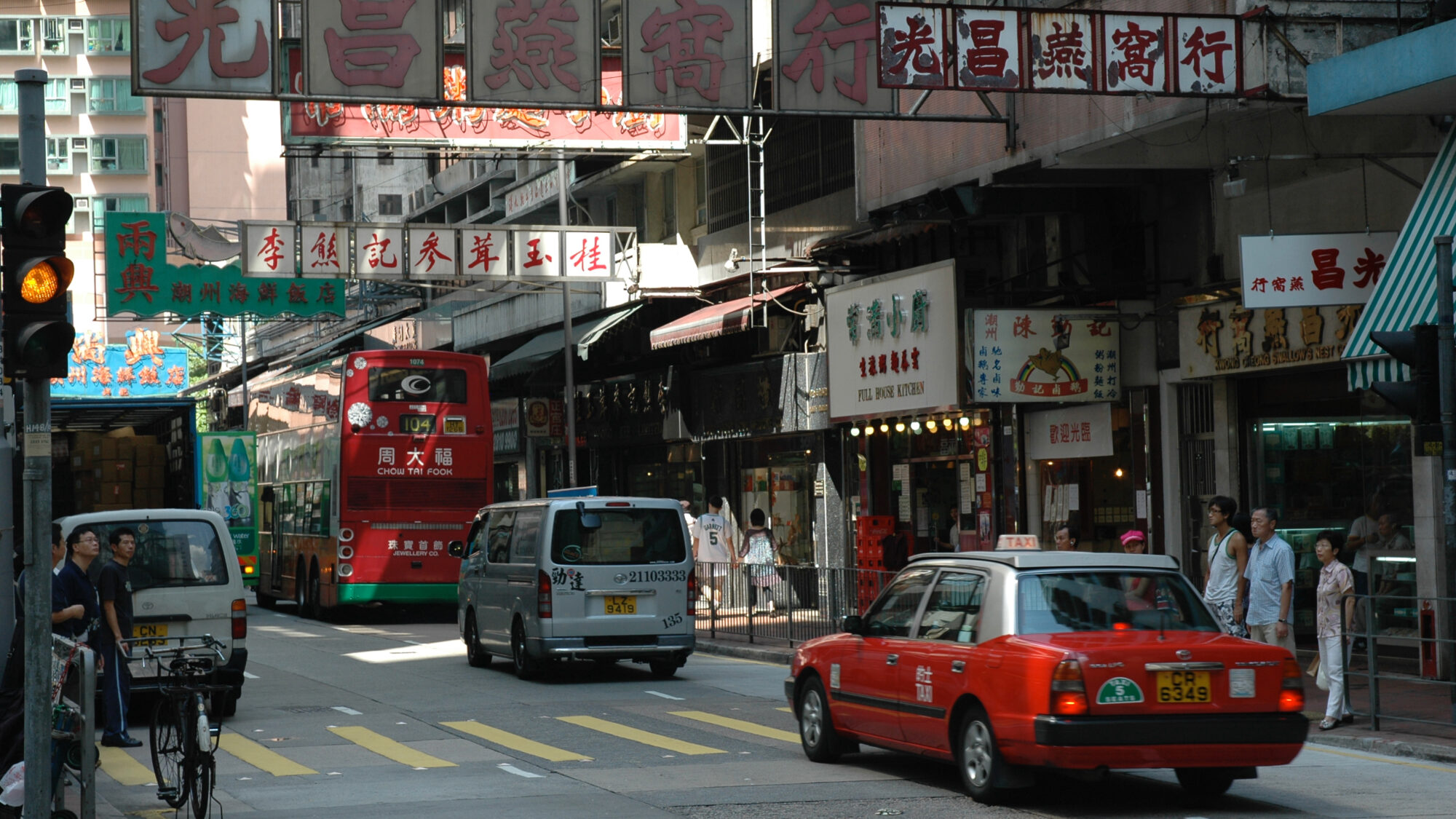 The first area I headed for in Hong Kong was Sheung Wan on the far north-western side of Hong Kong Island. It attracted my eye as being one the last remaining vestiges of “old Hong Kong” retaining a much older and chaotic character than the gleaming central district which neighbours it to the east.

Along with expensive antique shops, the area also boasts many traditional retailers and three small temples, one dating back to the 18th Century (Man Mo Temple). Probably the most interesting shops can be found on Des Voeux Rd West which is lined with dried seafood outlets piled high with all sorts of strange smelling goods.

The area is best explored on foot although there are plenty of trams and buses along the main street. It took me a little over two hours to explore the area, following a suggested walking route in my guidebook (Lonely Planet City Guide). For lunch I grabbed a simple meal at a small restaurant, I don’t remember the name but was cheap and delicious! One of the most convenient things about HK is that most people speak fairly good English and menus will often have dual languages.

Even though change is an inevitable fact in China hopefully Sheung Wan will survive a bit longer to continue life as a living museum and a thoroughly fascinating place to enjoy.