Last weekend Shenzhen opened its first Fringe festival centered around Coastal City in Nanshan (where I live) loosely based on the original from Edinburgh. Two weeks of events are planned and proceedings kicked off with a colourful parade with various community groups taking part along Shenzhen Bay Avenue. Considering China’s usual design aesthetic it seemed quite nicely conceived but as with so many things which get lost in translation here the whole thing felt a bit contrived. On the one hand holding it at a shopping center opens it up to a wider audience while on the other the pessimist in me wonders if this was just a way to drum up business. 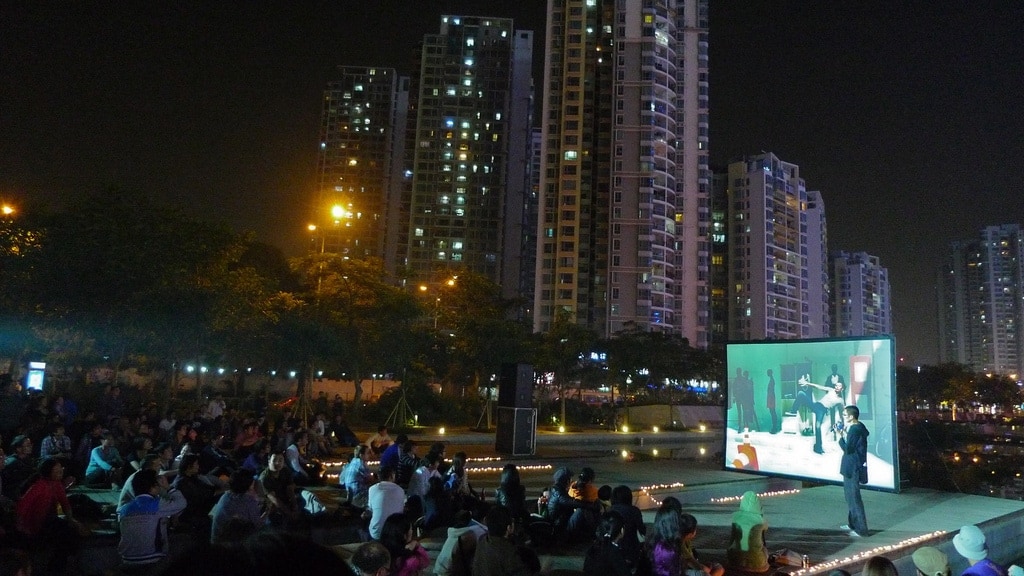 On a more positive note, included in Sunday’s programme was the fifth volume of Shenzhen’s fledgling PechaKucha Night which seems to be going from strength to strength and a large crowd was in attendance. This time it was held on a very cool open-air deck at the end of one the artificial lakes next to the Coastal City complex. 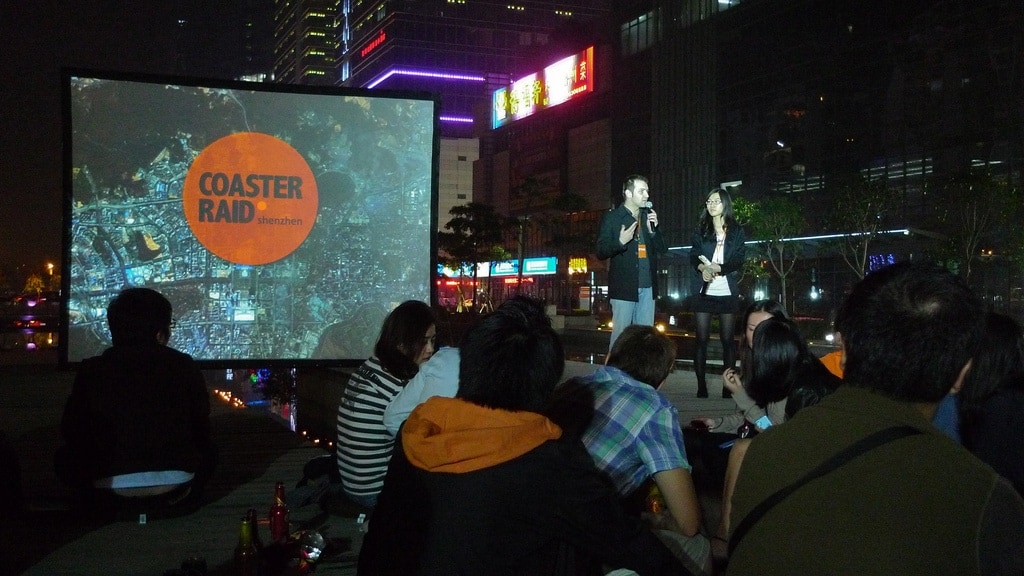 The mix of different topics and the 20 slides x 20 seconds format always seems to work quite well and compensates for the likelihood that you’re bound to get some presentations which fall flat. The standard seemed pretty high this time and as always it’s great to see another side of Shenzhen. 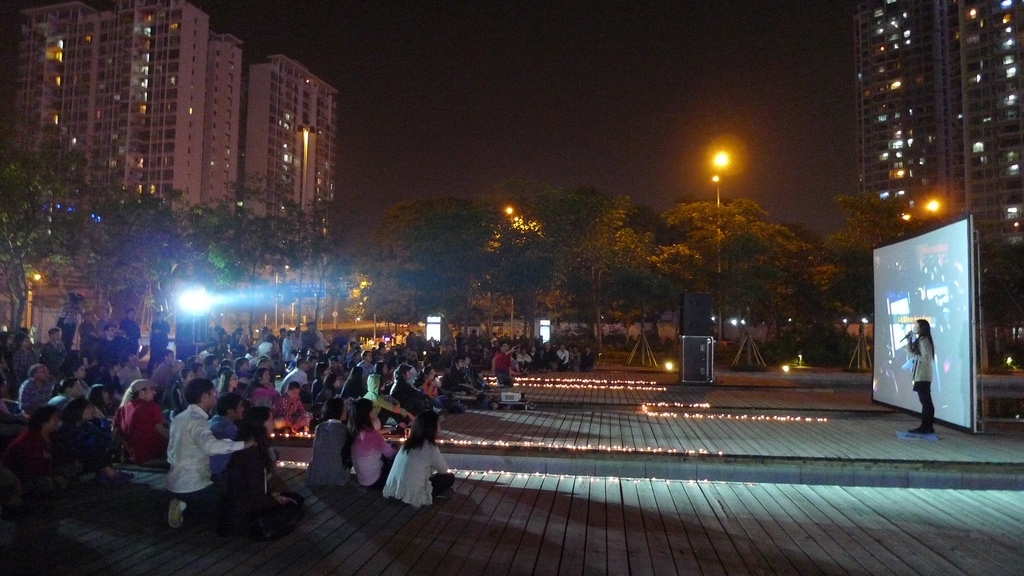 Even after two years of living here I still can’t quite believe that it’s December and we’re still able to sit outside in the evenings. Some of my Chinese friends have never seen snow! 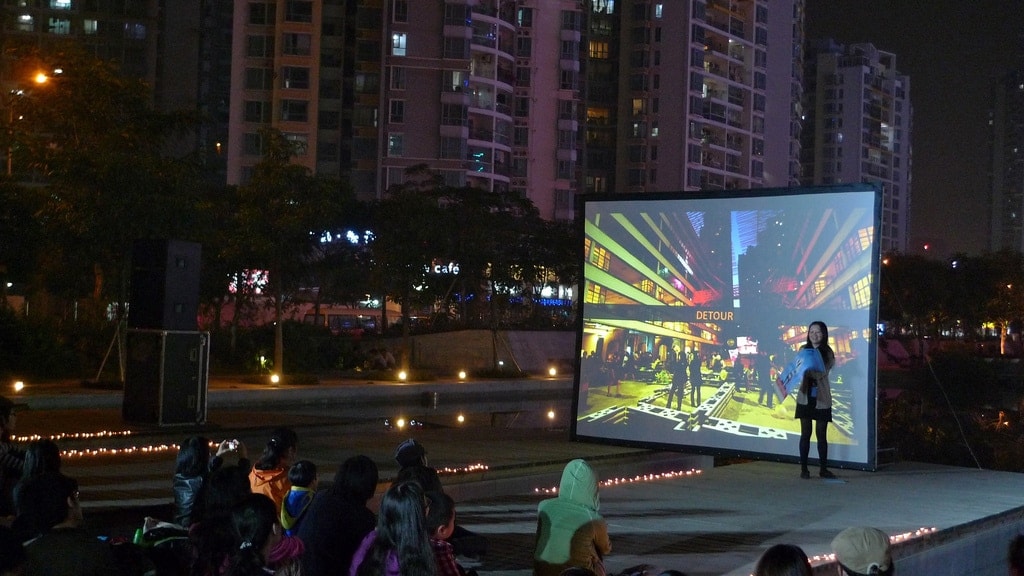 Hong Kong is also currently in the middle of holding a two-week series of events focused on design called deTour 2010 being held at the old Victoria Prison. Presentations were given Chinese and English and covered a range of topics from fashion to photography, architecture, and product design. 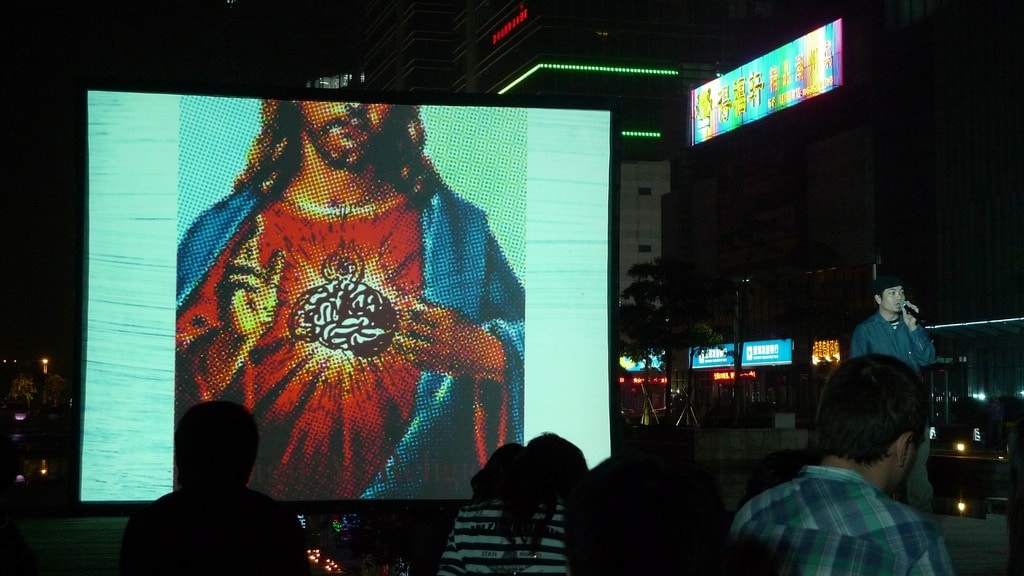 Next week (Dec 12) Coaster Raid will be held at the same location, this time focusing on life in Nanshan, with different people presenting their visions about the district and its inhabitants – it should be well worth attending if you’re in the vicinity.