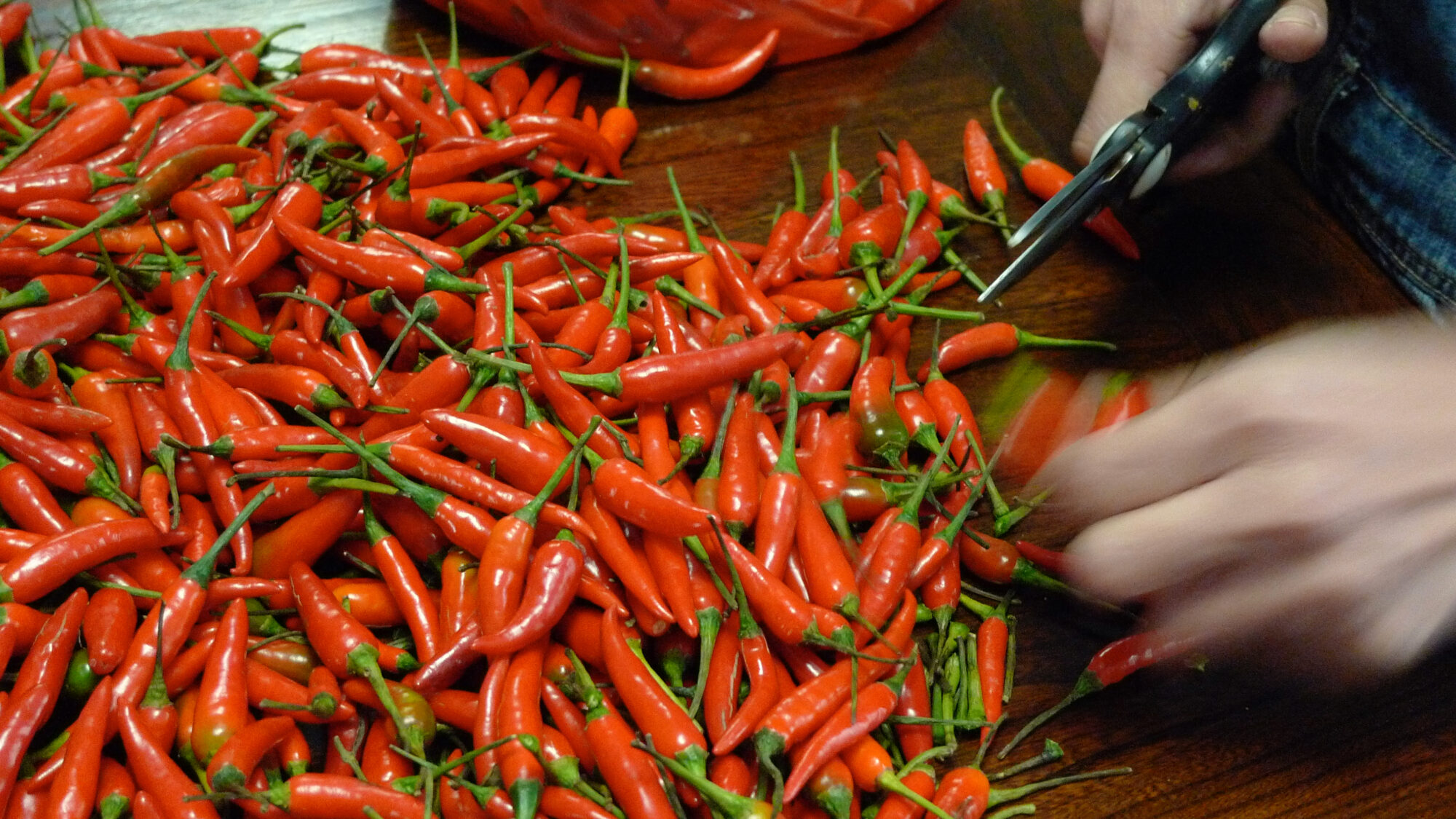 For lunch today I was guided to one of Shenzhen’s secret underground restaurants. “What is a secret restaurant?” you might ask. Basically, it’s an unlicensed establishment inside someone’s “home” and is only underground in so much as there are no signs to point you there and only a few locals will know about it.

More chillies than you could comfortably eat in one afternoon.

After giving the secret code word and exchanging a secret handshake we were hustled into a dimly lit room with dark wooden furniture which the proprietor claimed was over 100 years old (OK, I made the first bit up). In these restaurants, there is no menu and no advertised prices. You simply get what they decide to cook that day and pay by leaving money on the table when you leave.

Whilst this is a bit of a gamble my friend assured me that the food was very special but in China that usually means you’re about to eat some part of an animal you’d rather not. I decided to take a sneak peek in the kitchen to see what they were cooking and try and ascertain what lay ahead…

Luckily it appeared that monkey brains and pigs eyes were not to be served today but instead what I thought was beef at first turned out to be deer and various other dishes. I considered it probably wise not to ask where the deer had come from and tucked in.

Accompanying the food was also some homemade beverage which tasted strangely like sweet communion wine and no doubt also illegal! In China, the police often turn a blind eye to illegal activity as long as it doesn’t cause disruption and they get their cut. Outside my apartment, there is often a street restaurant at night which some migrants set up on the pavement complete with tables and chairs and an open BBQ.

I almost laughed when on the way out the owner gave me his business card and asked me to come again!