I’m not a huge fan of horror films but sometimes I like a mindless scare (just to make sure that the adrenalin still kicks in when required!) now and again. Last year saw a couple of 1970s classics remade in what you might call a more modern style, namely ‘The Texas Chain Saw Massacre‘ and ‘Dawn of the Dead‘. Both original films have cult followings but as would be expected neither of the new incarnations are quite as good as their forebears but are still very watchable (if you like that sort of thing!). I watched them last week and below I’ve given them a quick review: 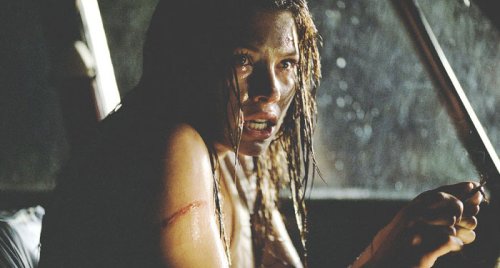 “Driving through the backwoods of Texas, five youths pick up a traumatized hitchhiker, who shoots herself in their van. Shaken by the suicide, the group seeks help from the locals, but their situation becomes even more surreal when they knock on the door of a remote homestead. It’s quickly apparent the residents are a family of inbred psychopaths, and the unlucky youths suddenly find themselves running for their lives. In hot pursuit is a disfigured, chainsaw-wielding cannibal known as Leatherface…

I found the 1974 original almost too much to watch but this one isn’t so bad yet still pretty scary. The story has been altered and changed in a few minor ways, mostly to try and give more of a plot, but in it’s haste to try and be vaguely intelligent it fails. The original was chilling, this is just a slasher. (5/10)

Dawn of the Dead 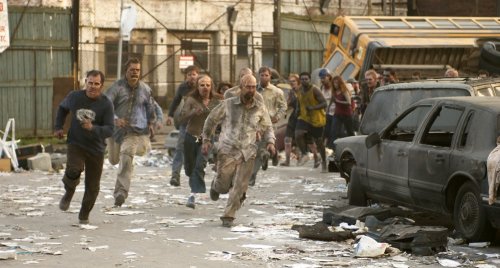 “A nurse, named Anna, is caught in the middle of a world-wide chaos as flesh-eating zombies begin rising up and taking over the world and attacking the living. She escapes into the streets and is rescued by a police officer, named Kenneth. Together they find shelter in a mall along with a group of other survivors. For a while everything is ok, but pretty soon, they start running out of food, the power goes out, and the dead keep finding ways to break through their defenses. Realizing they’re sitting ducks, they make a plan to head for an island by using two armored mall shuttle buses to get across the sea of zombies…”

This one does a lot better that the previous. Unfortunately character development is poor and the story predictable but if you can get passed that it’s actually quite a good zombie film. The zombies themselves are strikingly similar to those in ‘Shaun of the Dead‘ and ‘28 Days Later‘, so much so that you wonder if there’s a rent-a-zombie extras company out there somewhere! (7/10)

From Japan with Food