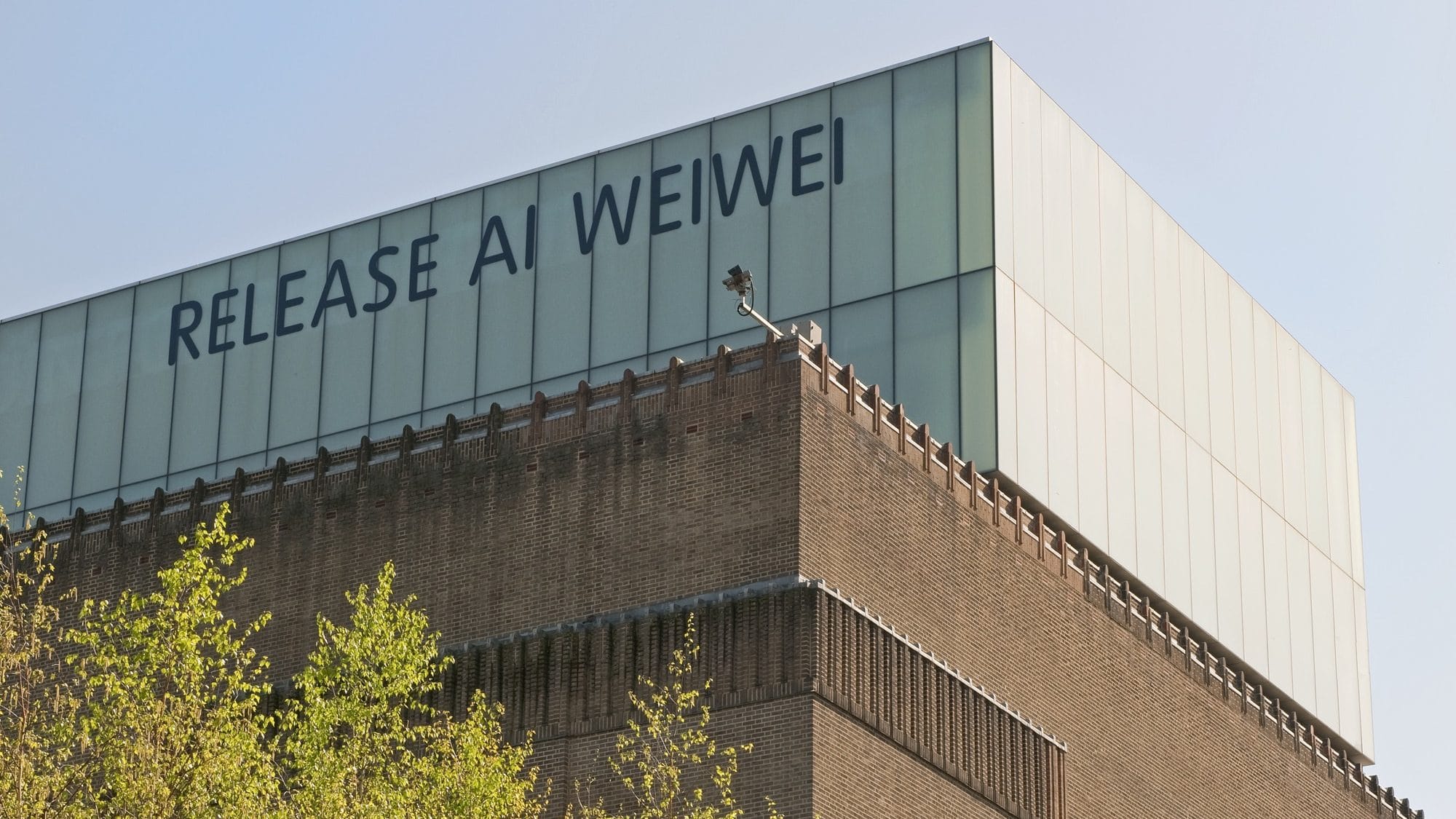 Tate Modern has posted this message of support for the Chinese artist Ai Weiwei, who was detained on Sunday at Beijing Airport, on its façade. The British arts organisation is also encouraging people to sign this petition calling for the artist’s release [via CR] who is accused of “economic crimes”.

The gallery is currently showing Ai Weiwei’s sunflower seeds installation in its Turbine Hall space – an impressive display of over 100 million hand-made seeds fashioned from ceramic. His outspoken criticisms of the Chinese government made his arrest almost inevitable but it’s nice to see a world-renowned institution stick up for him.

While it’s unlikely that this news is being reported openly in mainland China, Hong Kong retails a degree of independence from Beijing, and I spotted the above posters in Tsim Tsa Tsui (TST) yesterday. Let’s hope he doesn’t disappear for too long.