I’m not sure why but I’m feeling unusually grotty today, I just hope I’m not going down with something. You probably wont have noticed but I upgraded the site to the new stable release or WordPress 1.5 and restored the photo galleries (well, most of the anyway!).

I got hold of the photos I took over weekend in Newcastle so I thought I’d share a few: 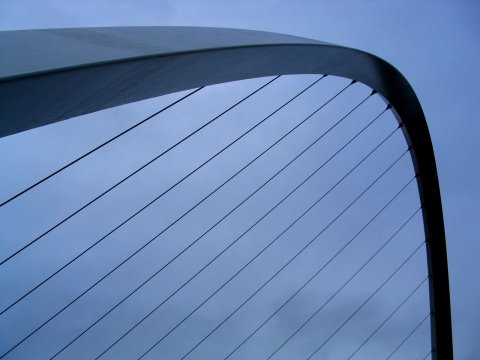 It was a particually grey and windy day – not exactly prime weather for photography! On the same day Tony Blair and his cronies were in town for their spring conference so there were police everywhere. I don’t mean just a few more than normal but literally hundreds wandering around all over the place looking cold and board (you can hardly blame them!). 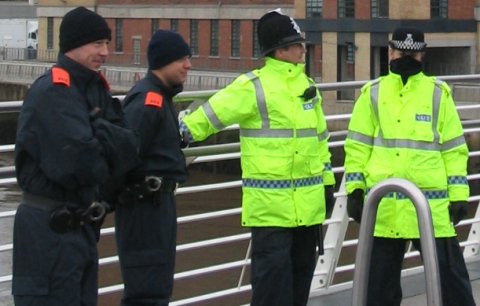 Unfortunately the work on display at the Baltic right now was of a pretty poor standard compared to what I’ve seen in the past. The ‘Peninsula‘ exhibition by Phyllida Barlow was particularly pretentious and to my mind presented the worst side of contemporary art – that which pretends to be something beyond what it really is – just plane awful. I think the description which went with it pretty much says everything:

Please don’t insult everyones intelligence. I’ve seen better GCSE school projects. This is simply a poor joke. If I’ve made a fundamental misinterpretation of it then feel free to correct me! 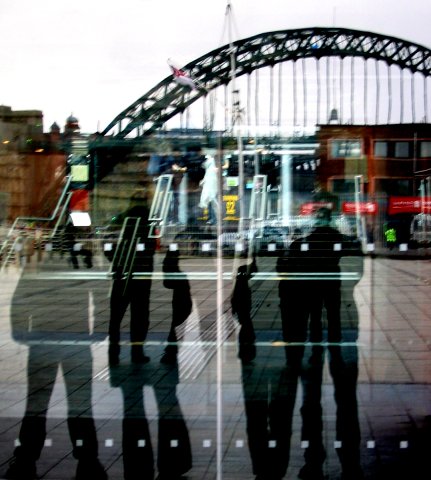 I took a few interesting shots of reflections which turned out OK but they could have done with a little more colour in them. All of my family are reflected in the shot above, some more than once! Can you work out who’s who?

Elsewhere: Strange things are going on in New York’s Central Park. Check out a some photos of the newly unveiled ‘Gates‘ which can even be seen from space! More info here.