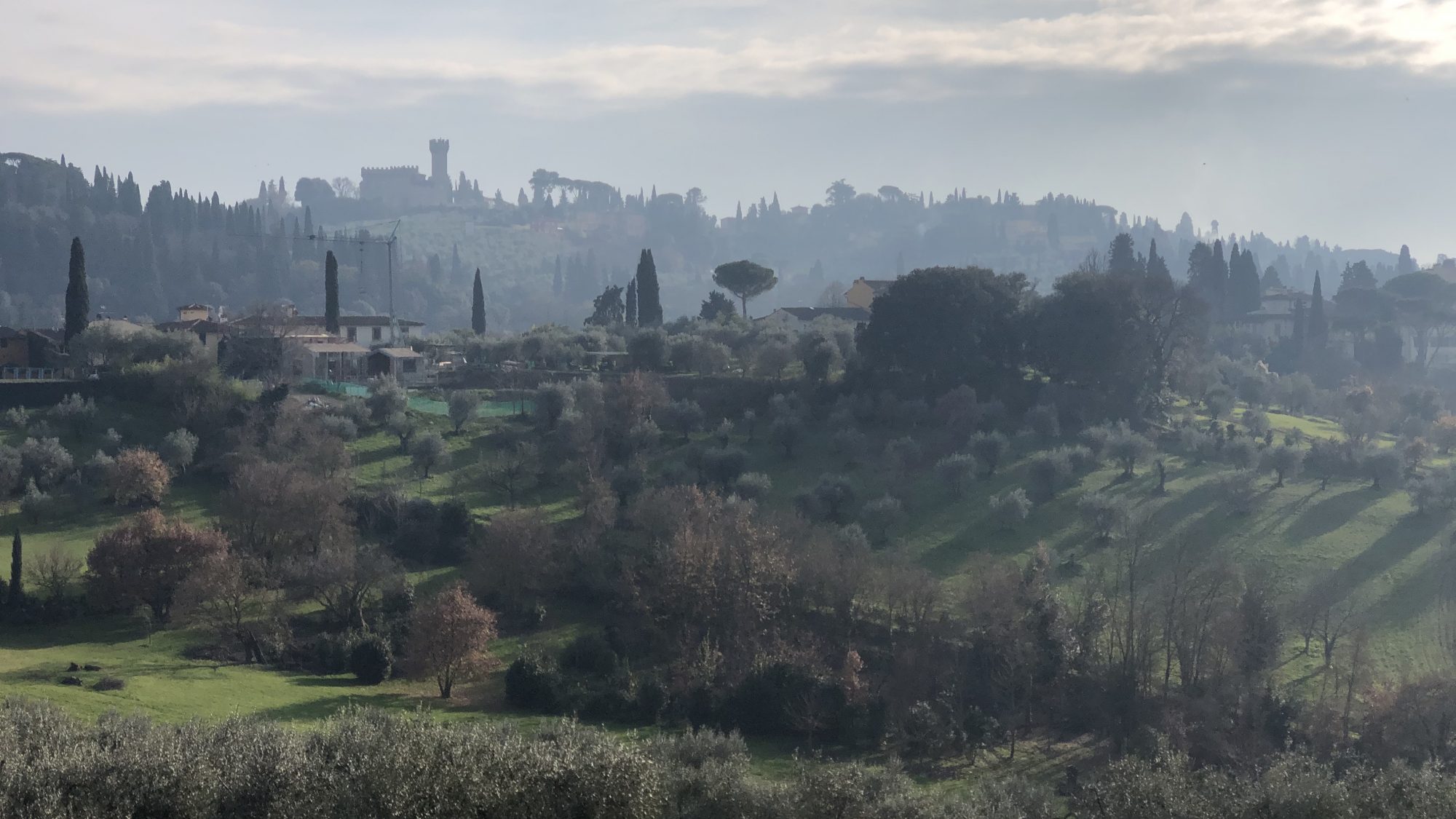 We visited Tuscany, Italy on our way back to Japan after spending Christmas 2019 at home in the UK. Little did we know of what was to come a few weeks later, however, it was already clear from our time in Florence things were out of whack.

To put it bluntly, there were too many tourists (us included). It was painful to walk through the streets and galleries of priceless Renaissance art cheek by jowl with thousands of others. I don’t believe anyone was really enjoying it, so in one sense I’m glad this era of travel is over. While I’m sure many people are struggling financially from the crash, it was never really sustainable.

I hope that once things start to reopen we’ll be able to find a more balanced way to make these precious places accessible without them devolving back to a human cattle market.

Meanwhile, here are a few postcards from Florence.

Palazzo Vecchio is a fortified 13th-century palace housing lavishly decorated chambers & ornate courtyards. Once home to Cosimo I de’ Medici “the Elder” (the first member of the Medici family which effectively ruled Florence during much of the Renaissance), today it’s the town hall of Florence.

It was well worth a look inside, and a fabulous view can be had from the battlements.

Built in 1255, the Bargello is the oldest public building in Florence and served as model for the construction of the Palazzo Vecchio. It was a prison and remained the headquarters of the Florentine police until 1859. It then reopened as a national museum, displaying a large collection of gothic and Renaissance sculptures (14–17th century).

Lesser known than other museums in Florence, the Bargello was a welcome escape from the crowds.

The building of the Uffizi complex was begun in 1560 to accommodate the offices of the Florentine magistrates. After the ruling house of Medici died out, their art collections were gifted to the city of Florence by the last Medici heiress. The gallery had been open to visitors by request since the sixteenth century, and in 1765 it was officially opened to the public, formally becoming a museum in 1865.

An elevated enclosed passageway known as the Vasari Corridor connects the Palazzo Vecchio with the Palazzo Pitti, passing through the Uffizi Gallery and crosses the river at Ponte Vecchio. It was built for Cosimo I de’ Medici, who felt insecure in public, to move freely between his residence and the government palace. It is due to be reopened in 2021.

Directly behind Pitti Palace are the sprawling Boboli Gardens. The Medici family established the layout of the gardens, creating the Italian garden style that would become a model for many European courts.

The vast green expanse is an outdoor museum, populated by statues of various styles and periods, fountains, grottos, nympheums, garden temples and the like. The openness of the garden, with an expansive view of the city, was unconventional for its time.

Covering 45,000 square metres, it’s easy to get lost in the gardens and while away a few carefree hours.